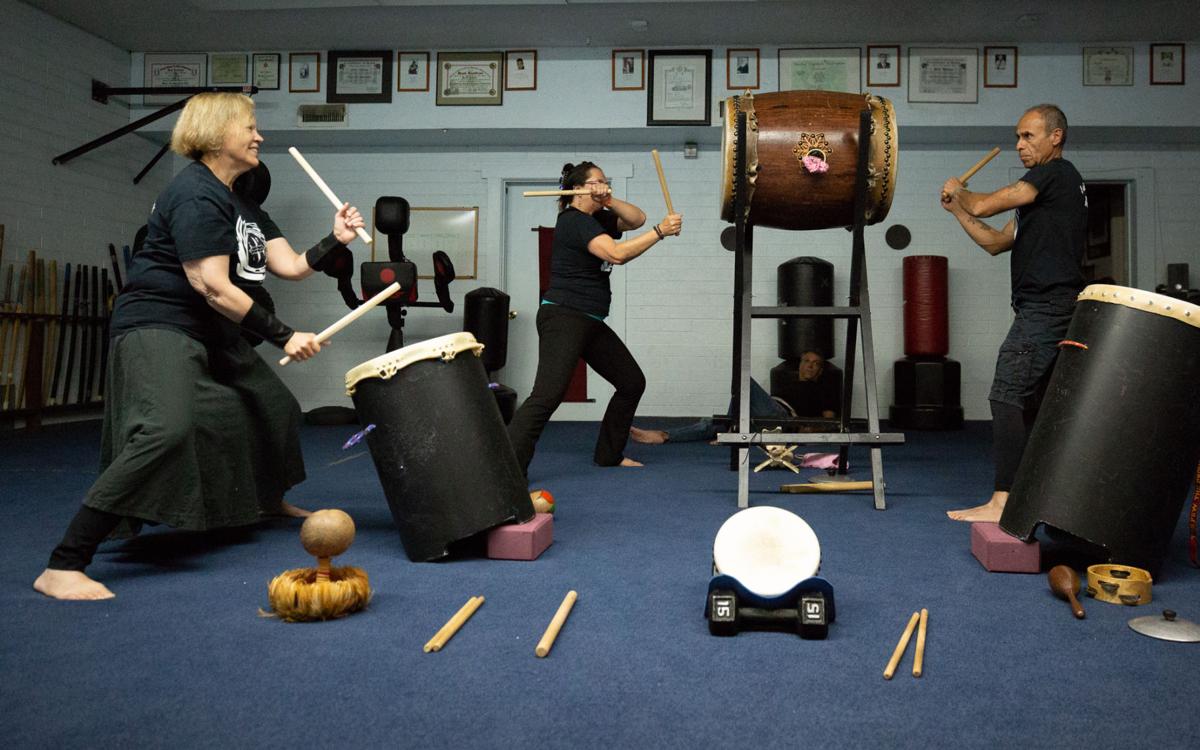 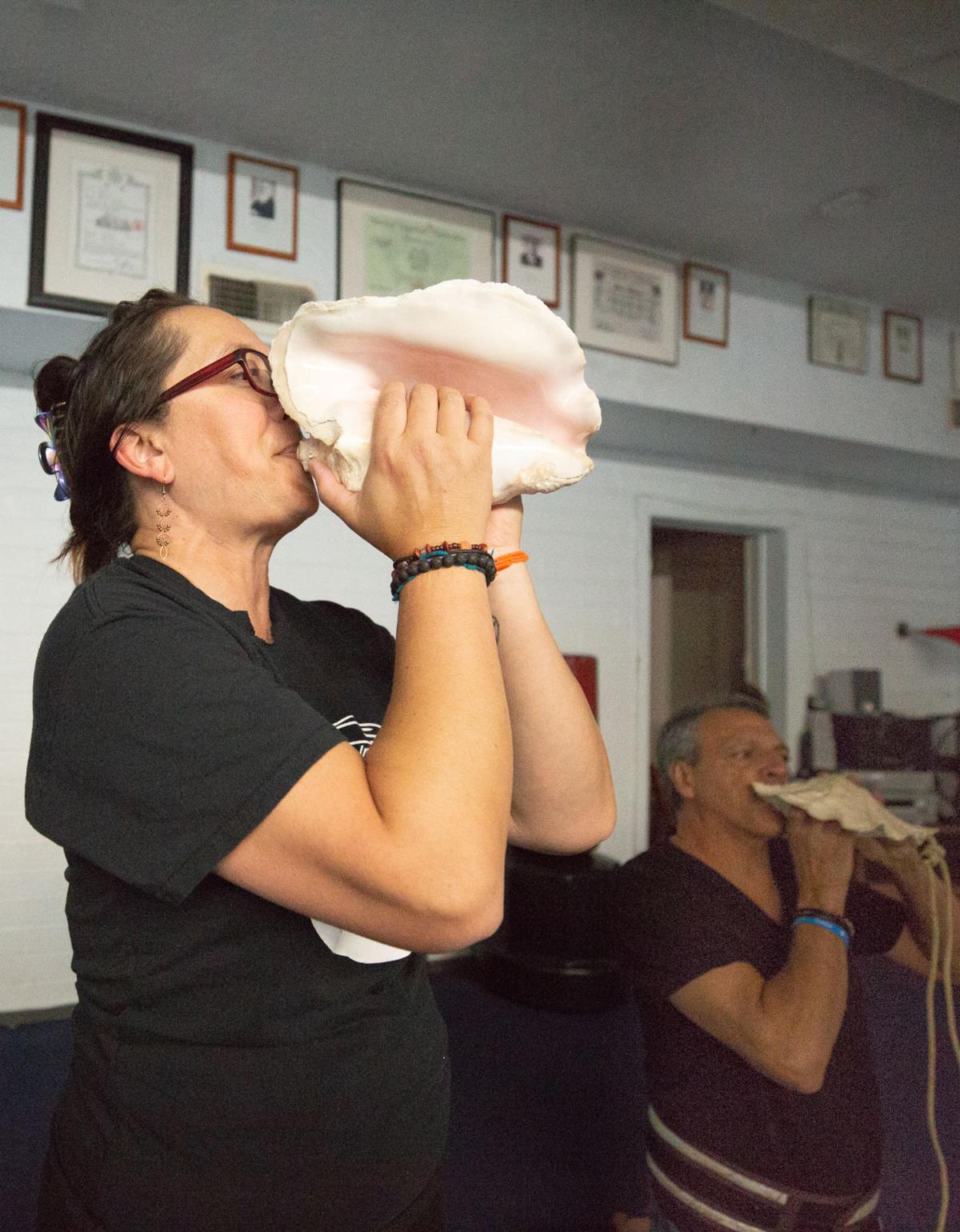 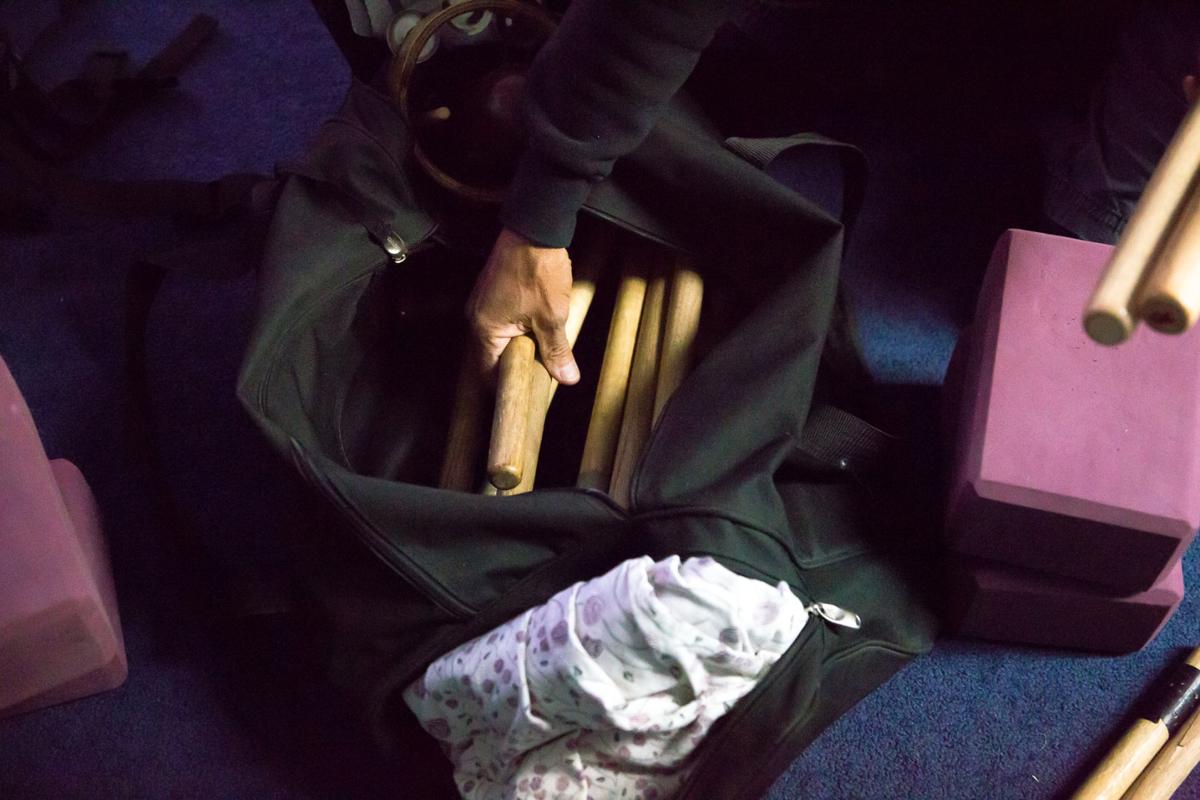 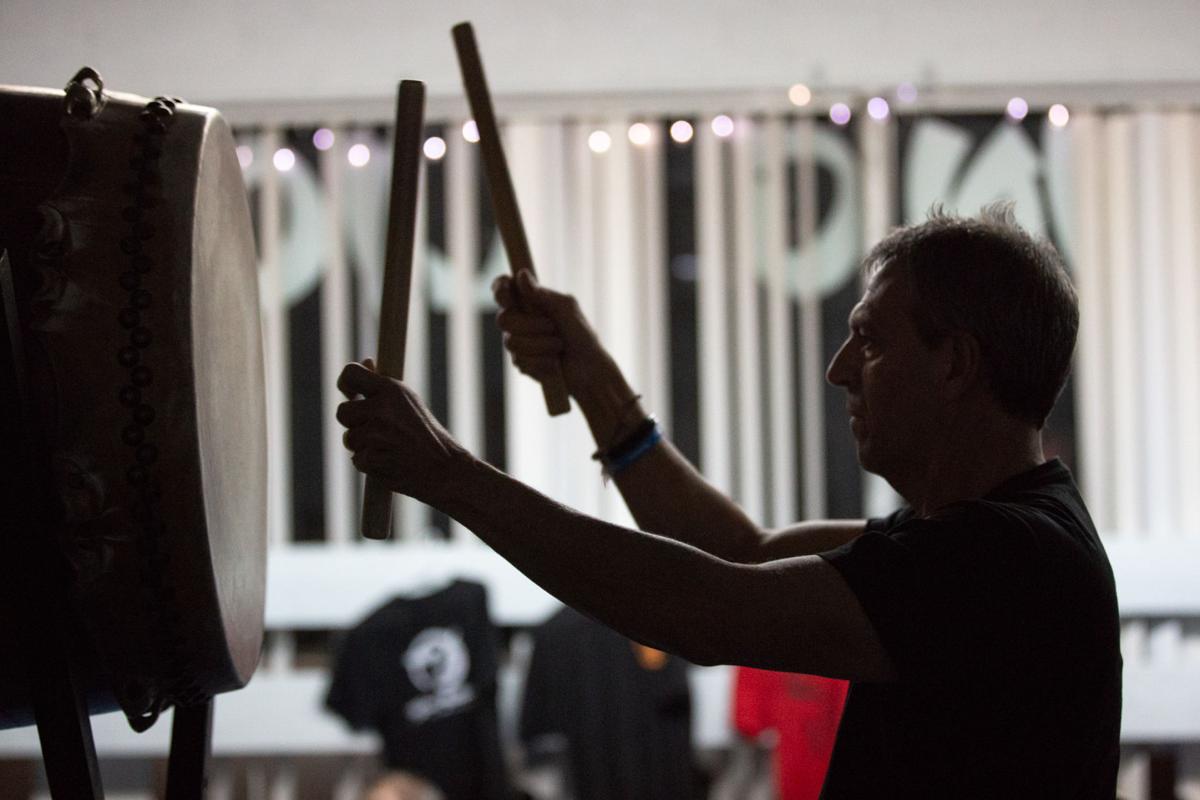 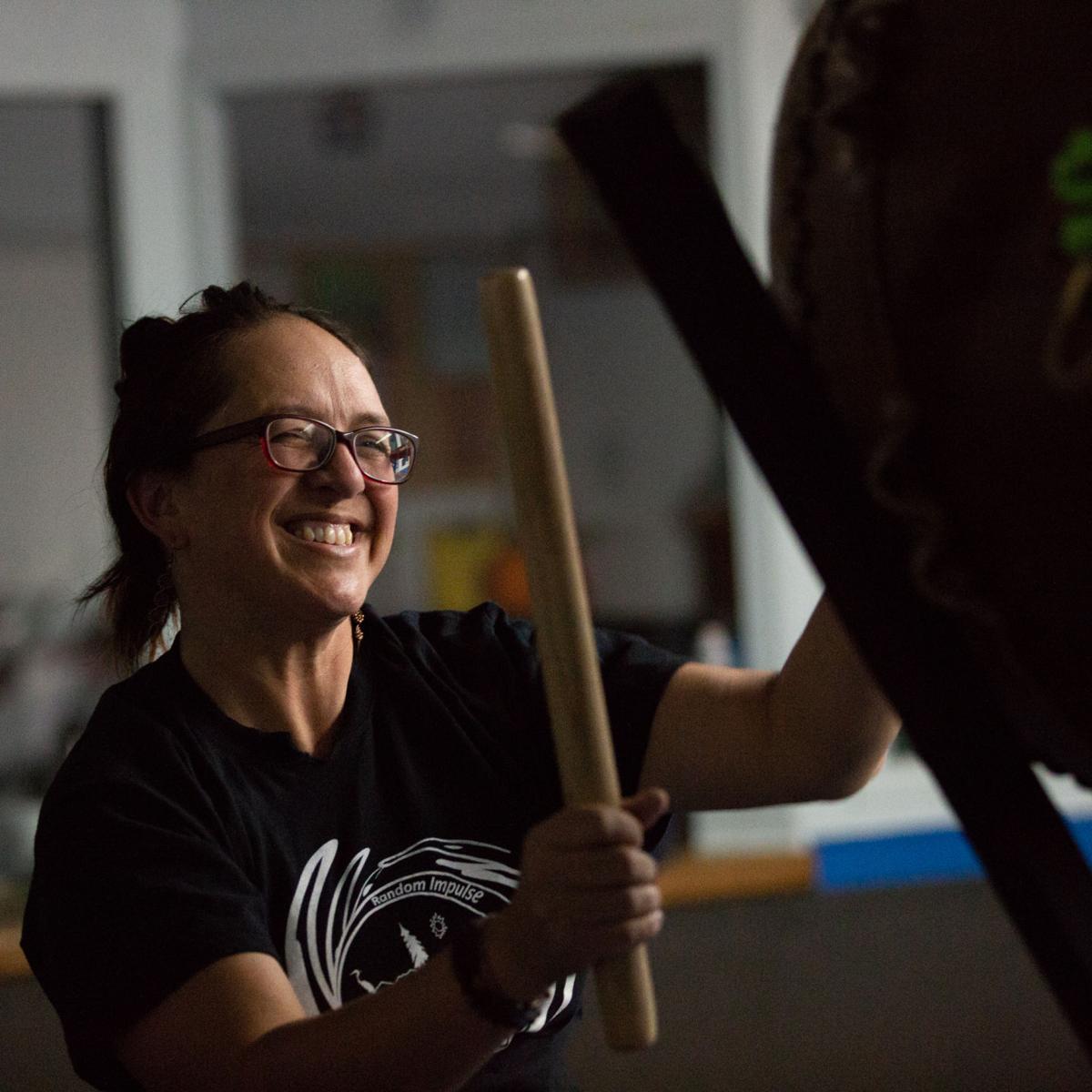 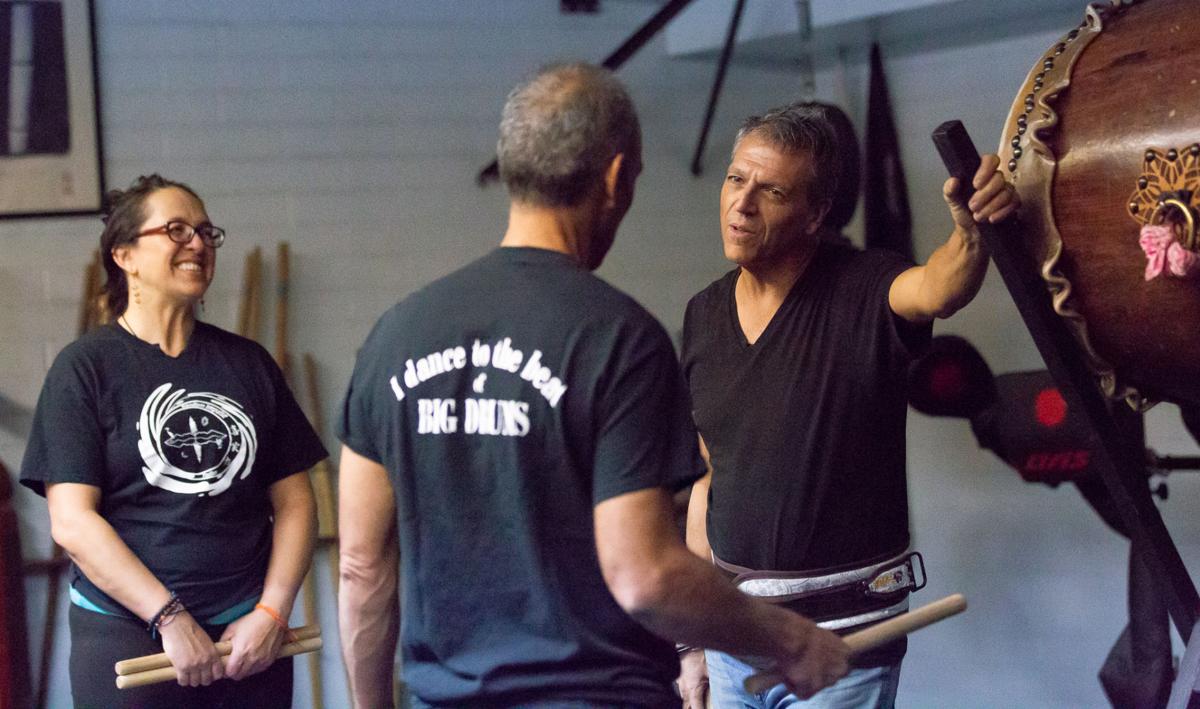 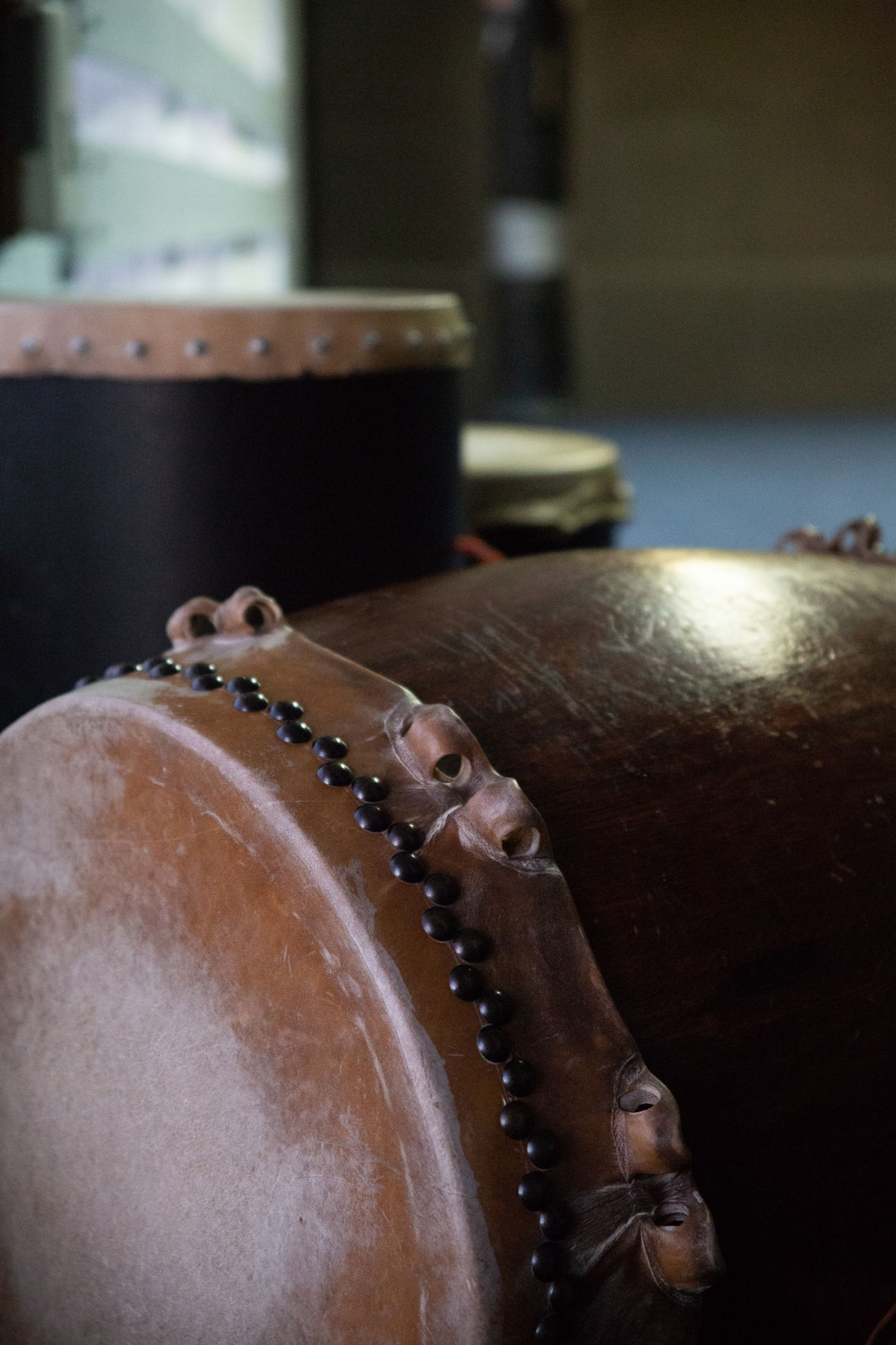 A shot of drums before Random Impulse sets up for their rehearsal Oct. 18. 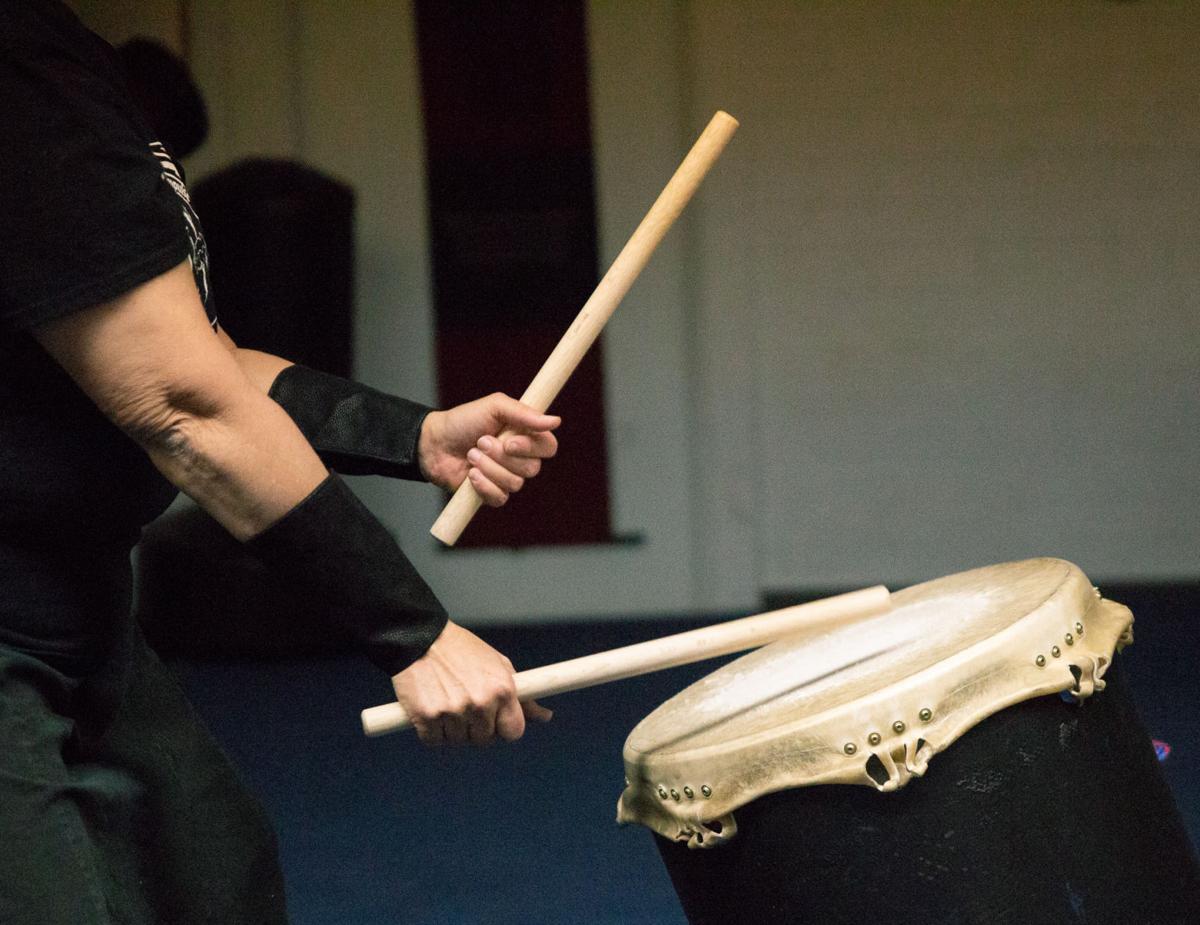 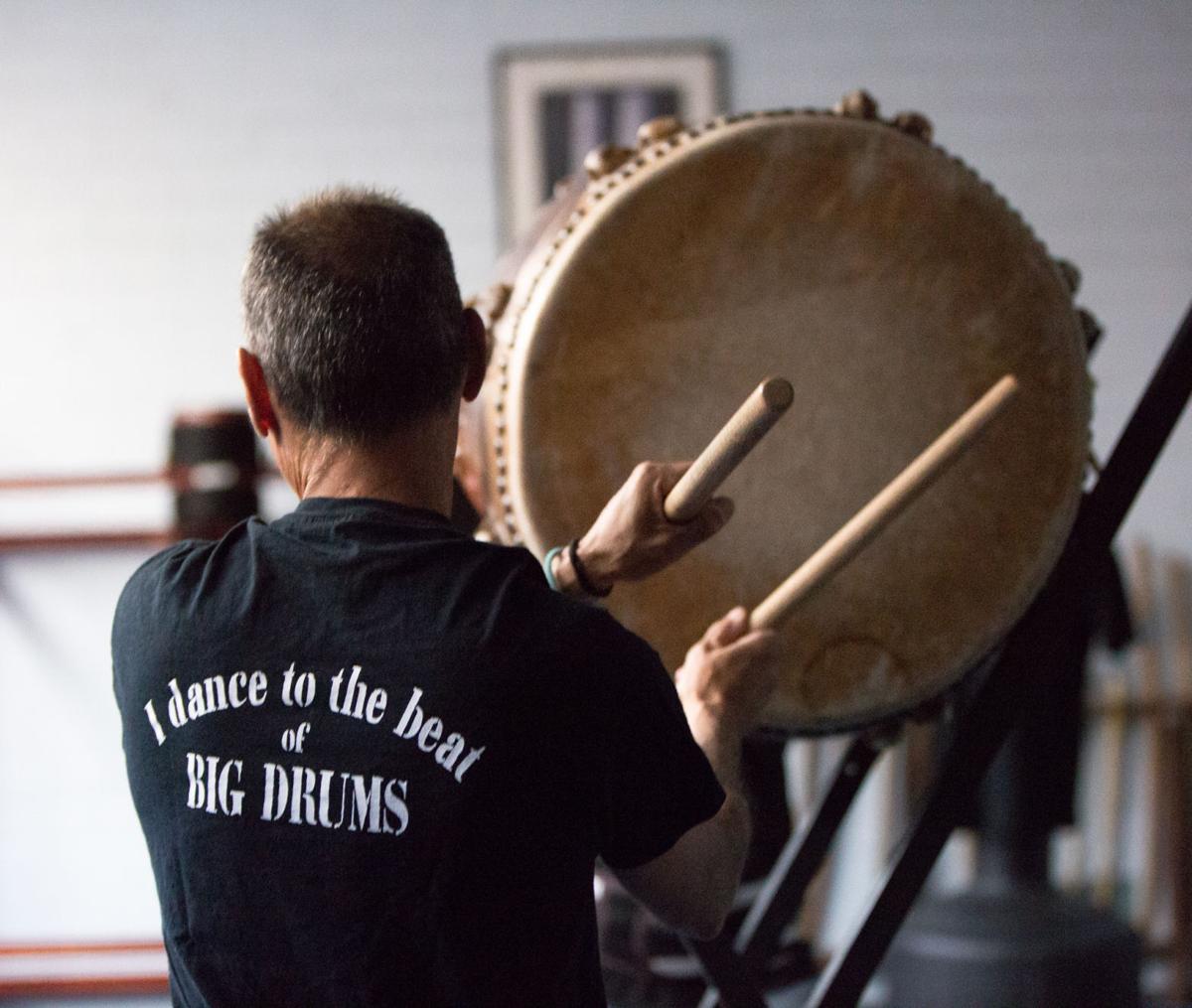 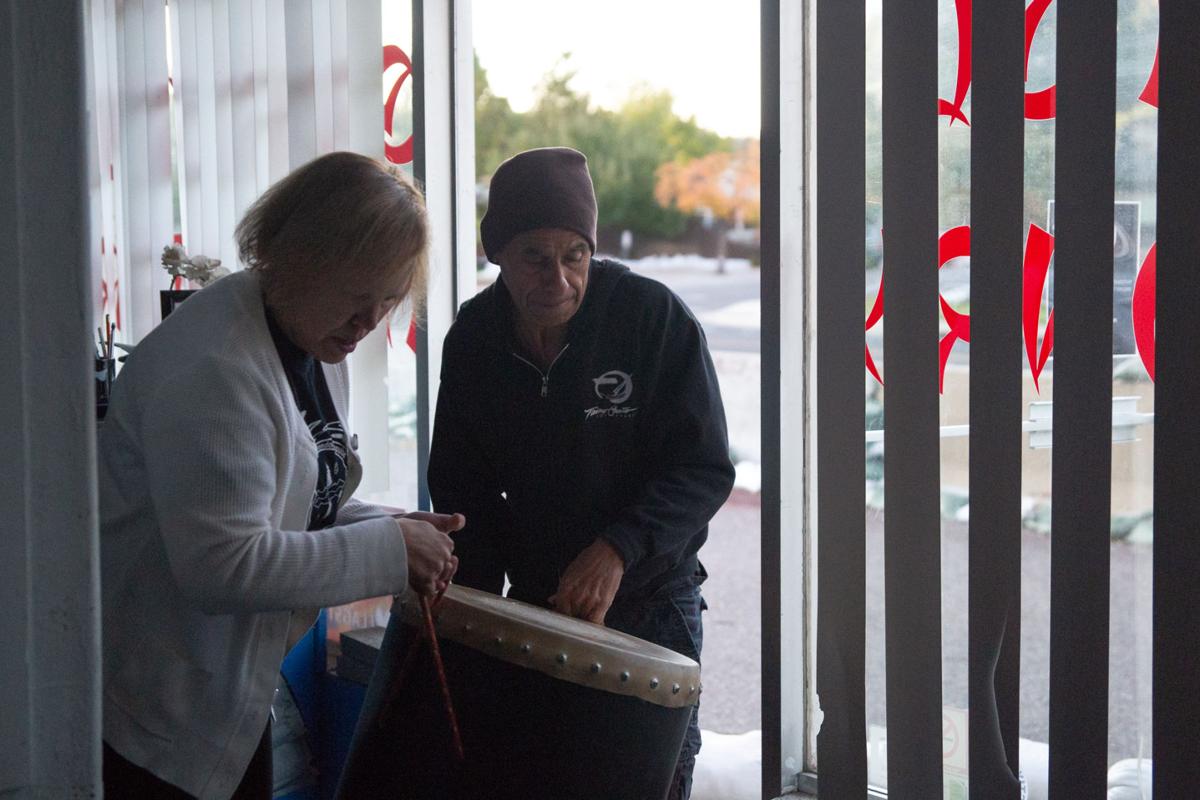 A shot of drums before Random Impulse sets up for their rehearsal Oct. 18.

Peals of thunder reverberated throughout the room and the bodies of audience members. Sharp shouts and a beat kept time. The troupe stood strong with, “I dance to the beat of Big Drums,” worn proudly on each of their backs. This is taiko drumming. This is Random Impulse.

The band is a drum group that performs a Japanese style of drumming dubbed taiko. David Ramos has played taiko for 14 years and has led Random Impulse for eight. He said that taiko goes as far back as 3,000 years, starting in China with single drums and meditative beats.

“You fast forward about a thousand years to where it rises in Japan,” Ramos said. “[Japan] used it in the temples, but they used it for commemorating community milestones and as province lines. Each province had a particular beat, so as people traveled along the countryside, they would know where they were based on these beats. The drums were also used for tsunami warnings and to drive the samurai during wartime.”

While not as extensive as the original history of taiko, Ramos said his experience with the artform has been filled with hard work and joy. Originally a student of the late Thomas Kurai, who helped bring taiko to Southern California, Ramos obtained his sensei’s blessing to establish the first taiko group in northern Arizona.

Now in its sixth edition, Random Impulse has five members, whose ages range from 35 to 58. In the earlier groups, Ramos remembered some members who were as young as 10.

“Everyone brings their A game, even the kids. They have all had their unique contributions to taiko here,” Ramos said. “A lot of it is about availability, skill level and dedication. The current group is the most technical, though.”

While taiko might appeal to some as a new instrument to try, Ramos and the members of Random Impulse have a different viewpoint. What matters to them is the intention behind taiko.

“At Random Impulse taiko, we have a saying,” Ramos said. “‘With drums, we pray. In dance, we trust.’ We live by that for sure, because every time we play, it is a prayer. So, we set our intentions for those we love and even those we’re having a hard time with.”

Among their setup are four drums of varying sizes. The smallest drum is called a shime, two medium — or chudaiko ­— and the largest is an odaiko. There are also vocal cues called kakegoi, and thick drumsticks called bachi. When Ramos first established Random Impulse, the only drums he had were ones built out of PVC pipe.

Taiko drums are traditionally made from tree stumps in Japan, but the North American scene started with wine barrels. Drum maker Tony Trapasso is no stranger to the second method and has used other materials to make taiko drums as well. He said that he made one during his residency at Flagstaff High School with the students.

Throughout his years of drum making, Trapasso’s favorites have been the larger odaiko drums that are about 150 gallons. Other drums he built have been made from wire spindles — which are typically used for roadwork, repurposed Native American drums, a mill wheel and even a salad bowl.

Cheryl Samsel is a member of the current roster for Random Impulse and has been playing taiko for three years. Despite not having a musical background, she has found enjoyment in participating. During her time with Random Impulse, Samsel has found an encouraging environment, even with the difficulty of learning the drums.

“At one point I was living in Hawaii, and I observed a taiko band from Japan who were performing at a festival,” Samsel said. “There was just something about it that felt very magical to me. I love the sound of the big drums and energy, in terms of the movement.”

While on paper taiko may just seem like beating on a big drum with a stick, there is much more to it, both historically and artistically. Should one find themself at a taiko performance, there would be little surprise if they experienced a random impulse to try themselves.