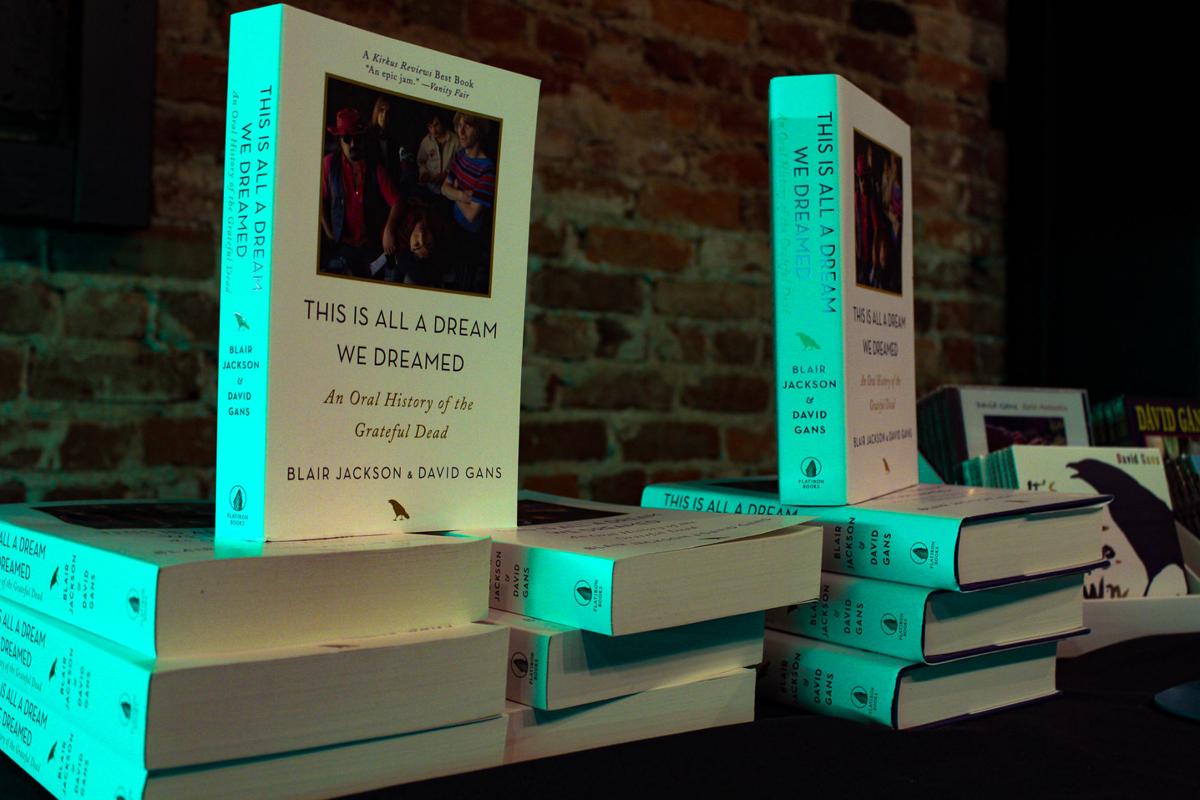 "This Is All a Dream We Dreamed," a book co-written by musician David Gans, on display at the Orpheum Theater, Feb. 19. 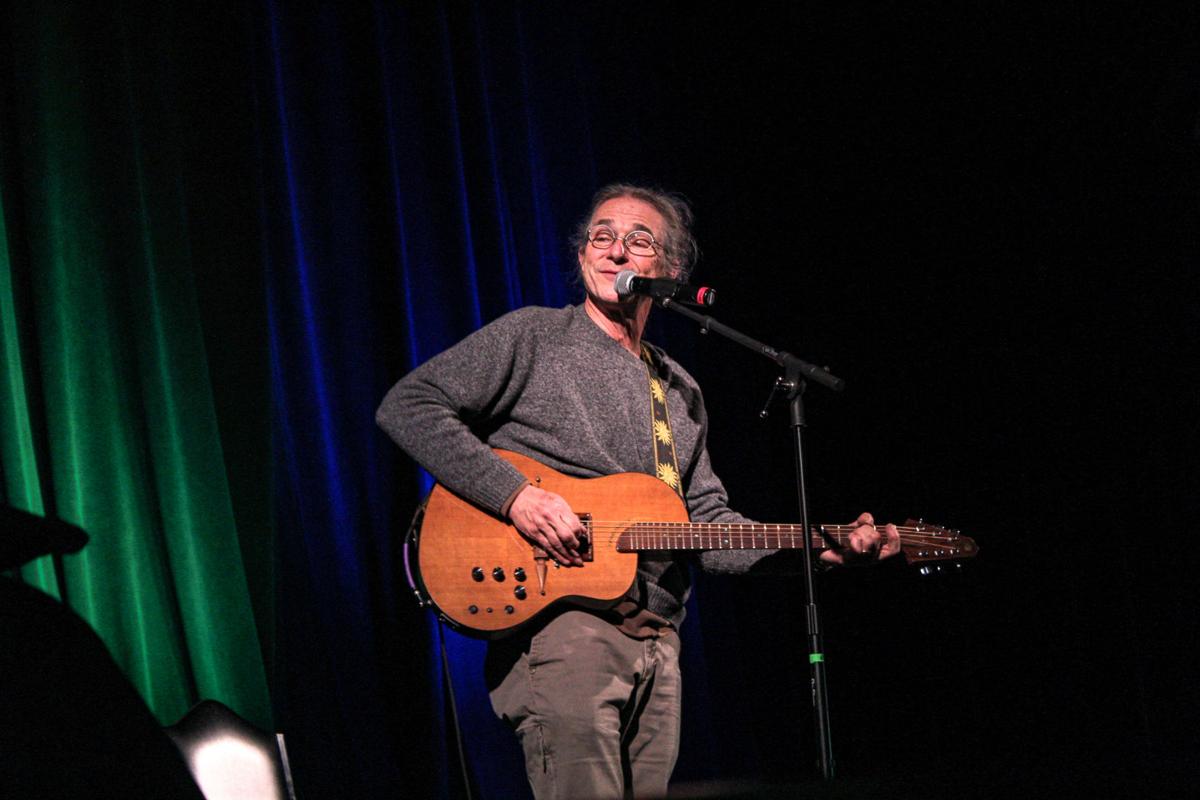 "This Is All a Dream We Dreamed," a book co-written by musician David Gans, on display at the Orpheum Theater, Feb. 19.

Musician David Gans is a man whose passion for music knows no boundaries.

Gans is a singer and songwriter who has traveled while creating and performing his music. He is a longtime “Deadhead,” a superfan of the classic band the Grateful Dead, and has worked with the band as a music journalist and has expressed himself through their music. Gans’ story shows that a shove in the right direction can lead to all sorts of opportunities and that dreams only die if one lets them.

Gans performed Feb. 19 at the Orpheum Theater in downtown Flagstaff. The venue set up a lounge-style seating area with a small stage, intimate seating by the bar and dim lighting. Gans has been performing at the Orpheum for years and tries to return every winter for shows. He attracted a small crowd of old friends, fans and new listeners who came out for a night of live music.

Gans’ music was charming and soulful. He inspired imagery by singing about the love he holds for his wife, long road trips and the world through his own eyes. Gans has attracted fans through their shared love of the Grateful Dead, and many locals came out to support the performance.

Miranda Sweet is the owner of Rainbow’s End, a local clothing shop in town, and has been coming to the Orpheum since it took over as a music venue in the early 2000s. She said in all her time seeing shows, she has only been to such an intimate show a couple of times. Sweet said she is a Deadhead and has been seeing Gans for years.

“This performance was a nice opportunity to see a show with some friends,” Sweet said. “I love watching a solo artist that can really grasp your heart. It really made me feel what he was singing about.”

Flagstaff local Charles Rothe is a longtime Grateful Dead fan, and has been attending Gans’ performances for years. Rothe likes Gans’ music because it is against the norm, which Rothe said he can relate to.

“He not only plays Grateful Dead music, but he has wonderful music of his own,” Rothe said. “It’s very creative music with humor and it is very insightful. He does a really good take on the Grateful Dead.”

“I call my music literate, improvisational folk rock with looping,” Gans said. “I am very much a direct descendant of the Grateful Dead in the sense that they wrote a lot of really great songs. They took a lot of songs from other people and made them into their own music, and then they stitched them all together with jams and improvisation. I do those three things in my own way.”

Gans said one of the lessons the Grateful Dead taught him is that music can come from anywhere. He originally started writing for music magazines because he wanted to learn about music and meet people. He got more opportunities to do Grateful Dead-related work and through fortunate happenstances, he got the opportunity to write books about the Grateful Dead.

Gans said he went to KFOG radio station in San Francisco to promote the book when the station was doing its weekly show about the Grateful Dead. Gans said he had told the station about his knowledge of the band and his tape collection, and he offered to help. He was eventually hired to do the show and got contacted by radio shows across the country.

Gans said he contacted the managers for the Grateful Dead and they were excited because it was good promotion. Gans said the band trusted him to do it because other musicians knew of his work.

“So, literally it has been a series of fortunate episodes — I didn’t plan any of this,” Gans said. “These doors opened up and I was smart enough to walk through them. I’m here 35 years later, in fact, yesterday was the 35th anniversary of my first radio broadcast. I became a scholar by virtue of being a musician, who was also a journalist and who knew the music. The guys in the band sort of trusted me to help the world understand them as musicians and not just cultural phenomena.”

Gans has a rich history of music in his life. He has been writing songs since he was in high school, had opportunities to work very closely with his favorite band and perform his music to people that care about him. He preaches what he believes and he creates pictures for the audience. Gans has reached out and pulled in fans who are touched by his folk rock music about life and his dedication to being a Deadhead.