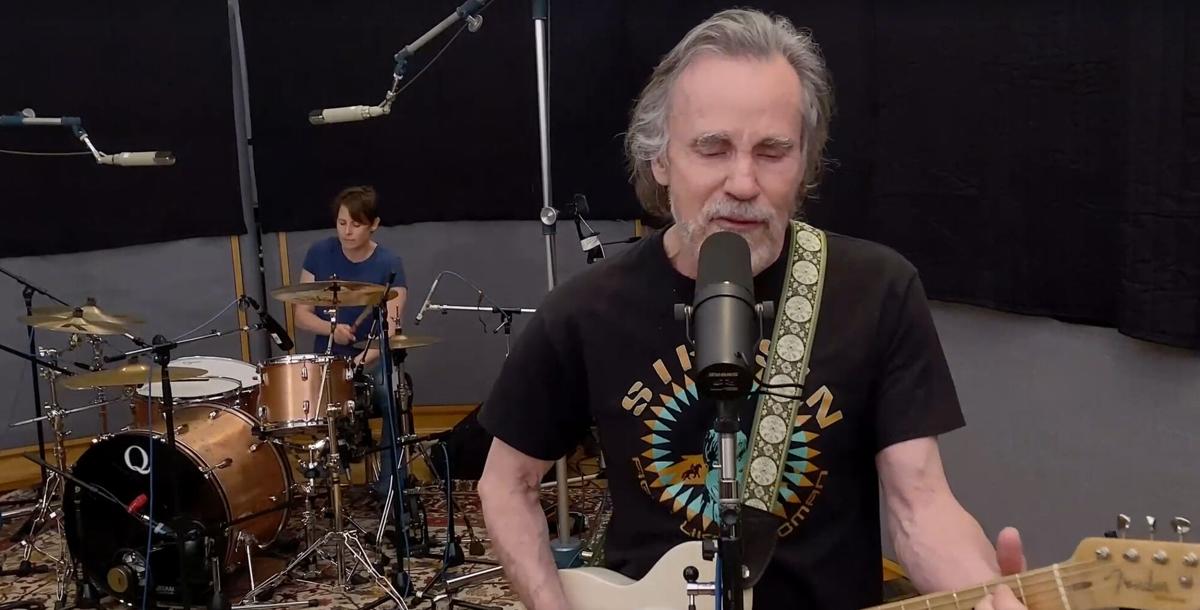 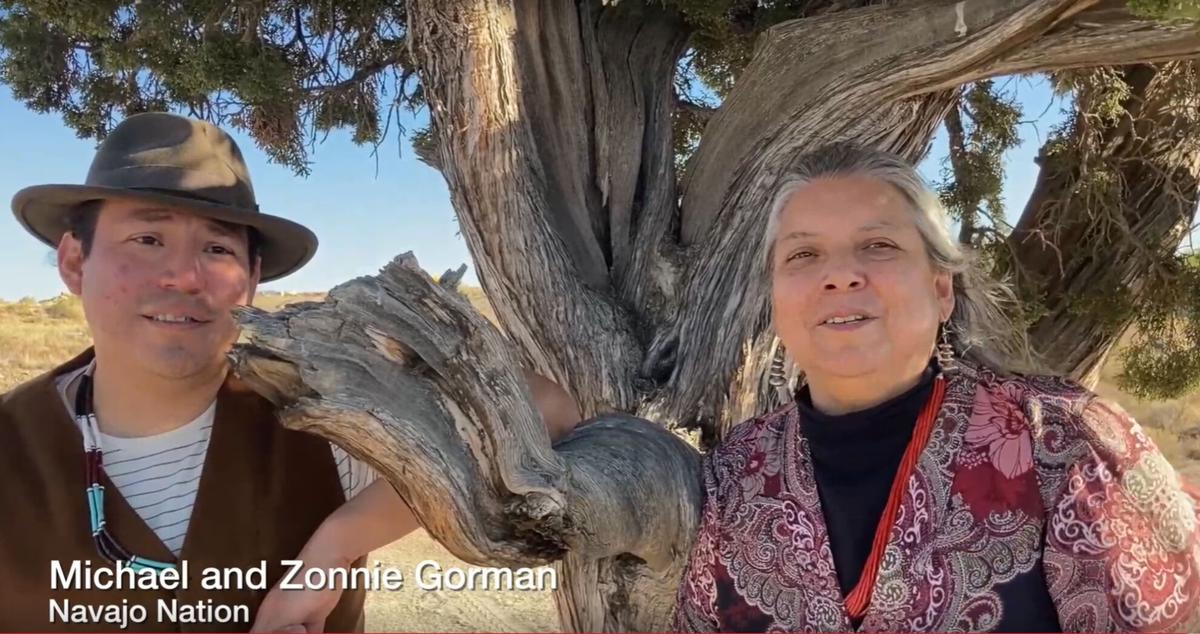 Navajo Nation citizens, Michael and Zonnie Gorman, spoke about the Verde Valley School Native American Scholarship on Oct. 10. Zonnie and her son, Michael, are both graduates of the school.

Navajo Nation citizens, Michael and Zonnie Gorman, spoke about the Verde Valley School Native American Scholarship on Oct. 10. Zonnie and her son, Michael, are both graduates of the school.

After a long work week, folks gathered to watch the Dream Concert, a virtual event hosted by Verde Valley School (VVS) to raise tuition funds for Native American students. Musicians who performed at the virtual concert Oct. 10 include singer-songwriter Clyde Jackson Browne, Mike Posner and C.J. Ramone. The first Dream Concert, which was held annually until the 2000s, was created over 30 years ago by Browne in hopes to raise money for Native American students.

The Native American Scholarship Fund supports VVS programs and workshops directly benefiting students. According to the school, they are committed to bringing awareness and support for Native American students through the scholarship.

Due to COVID-19, Browne brought the Dream Concert back to life after its first appearance three decades ago.

Bill Carter, producer of the Dream Concert at VVS, said musicians were eager to assist the making of the benefit event.

“The artists, all of them, jumped in immediately,” Carter said. “It was just an incredible response of people wanting to be a part of this.”

The event started off with Browne singing “The Barricades of Heaven.” Browne is an uptempo rock and reggae singer who has had two songs, “Doctor My Eyes” and “Somebody’s Baby,” hit the top 10 on Billboard’s Hot 100 chart. The song “Doctor My Eyes” peaked at #8 in 1972, while “Somebody’s Baby” landed itself at #7 in 1982. Browne’s album, “Late for the Sky,” was also nominated for a Grammy Award and landed on Billboard’s Pop Album chart in 1975.

Artists were introduced one at a time throughout the night, where they talked about their own personal stories on why they were performing at the Dream Concert. Each artist requested everyone watching online donate to the school’s Native American Scholarship Fund.

“Verde Valley School really helps to nurture global citizenship from the students,” Benally said. “It doesn’t matter where you come from. It’s not a division, but it’s embraced. It’s those kind of values that we get to learn about each other. We get to love each other.”

Benally said students break down any preconceived stereotypes and prejudices when given the opportunity to learn about each other. She said bringing peace and inclusion to an educational environment helps one another to move forward in solidarity.

There are currently 85 boarding students and 35 day students enrolled at VVS. Day students do not live on campus, but attend VVS while school is in session.

At VVS, students acquire a strong sense of peace with one another and personal responsibility through field trips, project-based learning and practicing sustainability on campus. Thanks to the Dream Concert donations, Native American students will have the opportunity to experience an education at VVS, where the dorms are surrounded by views of Cathedral Rock.

Junior Joshua Falevai attended a boarding school similar to VVS, and was happy to support the Dream Concert’s vision.

“I’ve had the opportunity to attend a school that is very similar to VVS called Cushing Academy in Ashburnham, Massachusetts, and being a Native American myself, I know that having a chance at an education like the one VVS offers is totally life-changing,” Falevai said. “Keeping that in mind, I was happy to support the cause, attend the concert and I wasn’t disappointed by the quality of the performances or comments that were made. I appreciated everything that was done to make this concert happen.”

VVS, a coeducational international boarding school for high school students in Sedona, was founded in 1948. The school strives to have an inclusive community where students learn and grow with one another’s culture. They have opportunities to experience activities outside the classroom like horseback riding, trail running and rock climbing when enrolled at VVS.

Junior Kearstin Saxton, who attended the concert, said she was strongly in favor of the Native American Scholarship Fund.

“I think it’s absolutely amazing to give students the chance at a scholarship through creative and far-reaching means,” Saxton said in an email interview. “It’ll give many students the opportunity to have a unique schooling experience where more resources will be available for them to succeed.”

On-campus programs like poetry readings, pottery and dance performances give students the chance to explore what they are interested in. VVS has an alternative way of learning, where their education is oftentimes hands-on, which can be demonstrated through VVS’s class IB+ Dirt. Juniors and Seniors at VVS are given the opportunity to learn through the usage of outside resources, including collecting yucca leaves, making sandals and  creating a musical production with dancers and scriptwriting.

These classes also give students the chance to collaborate on class projects. VVS values unity, diversity and inclusivity, according to its guiding principles. The Dream Concert made that clear when VVS’s values aligned with the event.

Junior Ally Frisch said she enjoyed the diversity of singers, as well as the finale, which featured a mashup of the artists singing “Take it Easy” by the Eagles.

“It was very appealing, it was very soothing, I enjoyed it,” Frisch said. “I think the last part, where all the singers were singing together, that was my favorite part.”

The Dream Concert left viewers with a message that unity and inclusion are welcomed. The concert’s finale stood for what VVS supports and aligns with, which is to celebrate the differences between one another.