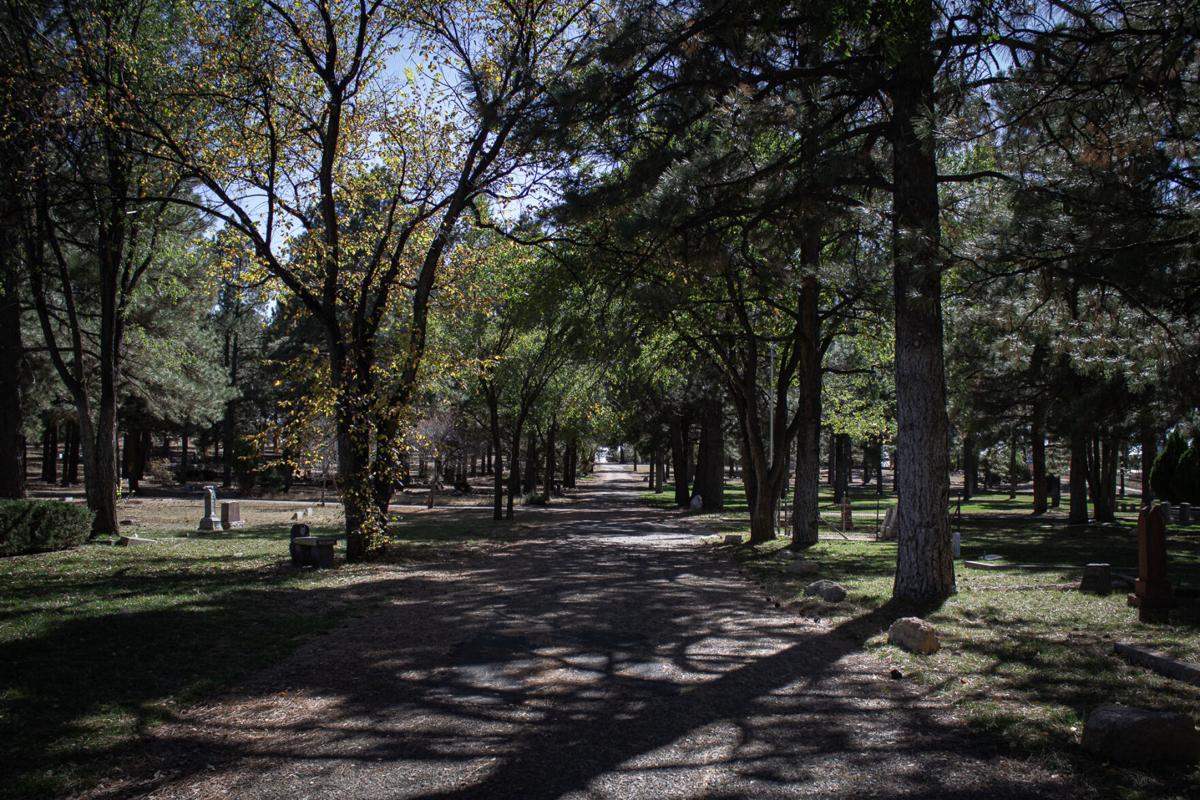 The Downtown Ghost Tour hosted by Freaky Flagstaff Foottours is a spooky socially distanced tour of Flagstaff’s most haunted locations. Citizens Cemetery is home to some of the oldest graves in Flagstaff and is one of the stops of the tour. Oct. 20, 2020 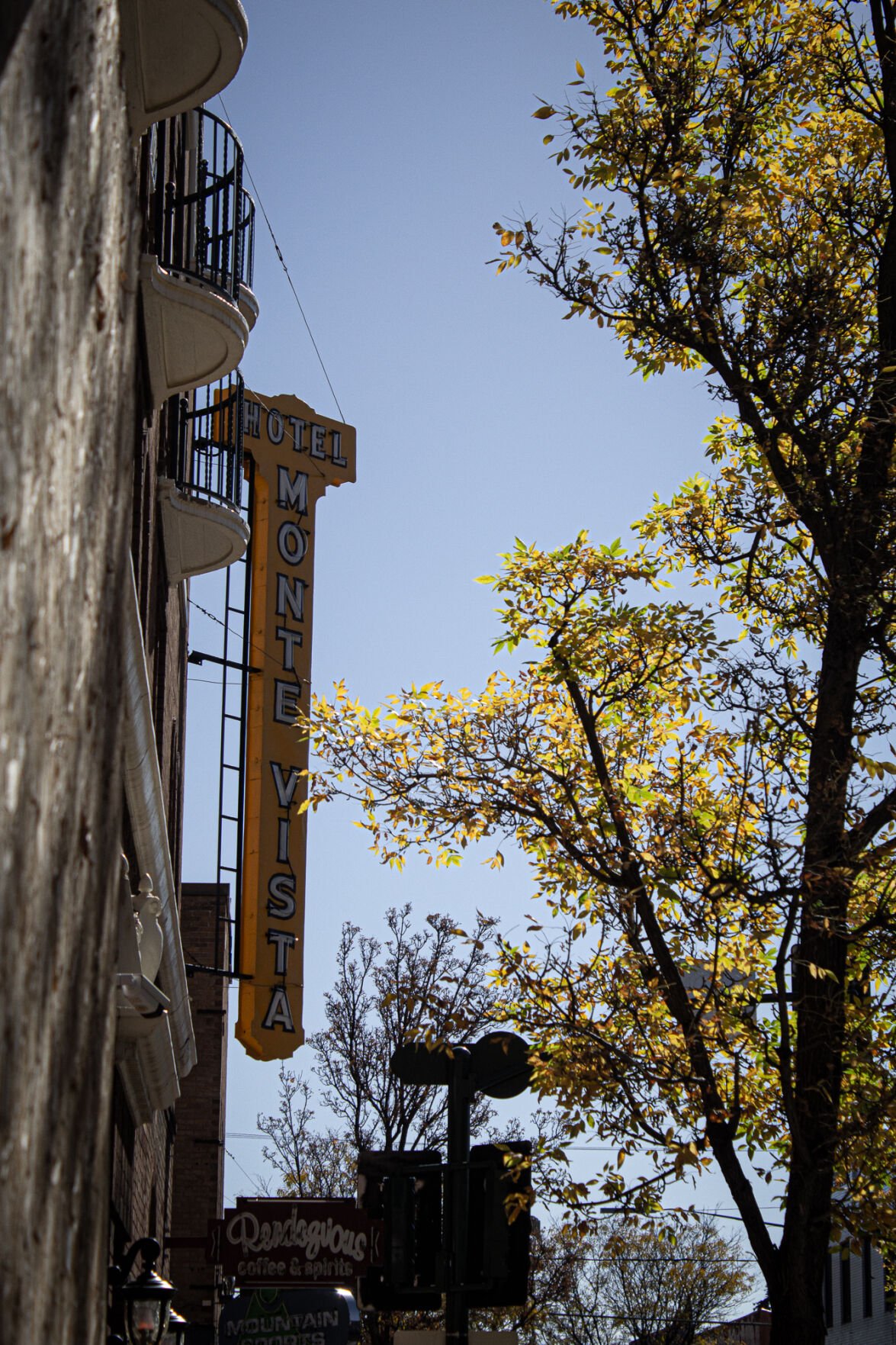 Hotel Monte Vista is known for its ghostly tales and is one of the stops of the Freaky Flagstaff Foottours. Oct. 20, 2020.

The Downtown Ghost Tour hosted by Freaky Flagstaff Foottours is a spooky socially distanced tour of Flagstaff’s most haunted locations. Citizens Cemetery is home to some of the oldest graves in Flagstaff and is one of the stops of the tour. Oct. 20, 2020

Hotel Monte Vista is known for its ghostly tales and is one of the stops of the Freaky Flagstaff Foottours. Oct. 20, 2020.

Flagstaff is known for its Ponderosa pine trees and high peaks, but the rich culture that lies in the town’s history is another staple of the community. Locals tend to know more of the ghost stories, so the best way for tourists to get to know the history is touring the city.

Freaky Flagstaff Foottours offers guided tours of downtown Flagstaff. According to its website, the Downtown Flagstaff Haunted History Tour takes visitors to haunted hangouts and tells stories of the restless brakeman who was crushed between two trains, the phantom boy who roams the halls of the historic Hotel Monte Vista and the murderous maintenance man whose ghost haunts the Flagstaff City-Coconino County Public Library.

Owner Nick Jones said even with COVID-19, the tours are still a big hit. One of the major changes is pets are no longer allowed unless guests bring a service animal, due to social distancing protocol.

“We used to have 15 to 18 people per tour and we cut it down to 10,” Jones said. “The hardest thing has been the demand. We’re running three tours a day four times a week and people are still struggling to get in. We’re opening up for the entire month of November because of it.”

Jones said it feels really good to be able to give back to the community right now, since people have still been interested in going on the tours despite the pandemic. He commended customers on their attitudes toward the mask mandate and social distancing rules as well.

With tours centered around adults, college students are bound to have a good time while learning about the history of the town they attend school in. There is also a student discount for this frightful adventure.

“With the way we put the tour together, you will enjoy it as an adult,” Jones said. “You’ll learn bits of history that most locals don’t know about. It’s spooky and you hear ghost stories, but we also talk a lot about the history that not a lot of people know about.”

These tours are made special by tour guide Andres “Dapper Dre” Adauto. He said being a tour guide has allowed him to keep enjoying hosting events since the pandemic began.

“Being a tour guide has been a great outlet in times of COVID-19 to be able to do this type of performance for people,” Adauto said. “Because of all the restrictions, it’s been nice to get in front of people and share this art form with them.”

Knowing people can go on self-guided tours around the city, Adauto said he still recommends guided tours for the storytelling experience. Reading the information and learning about it by oneself is completely different than having a guide expand on the details and embellish in storytelling, Adauto said.

An additional positive aspect to group tours is the stories of other visitors. Adauto said he’s been able to hear about others’ ghostly encounters and eye-opening stories.

Another local attraction to see on a tour is Hotel Monte Vista. Although tours of the hotel are not offered, one can experience the creepy occurrences during an overnight stay. Front desk associate Kacee Perry said guests who stay in the rooms listed as haunted almost always experience something supernatural.

Perry said she recommends staying at the hotel just for the experience of staying somewhere haunted. With the amount of ghostly encounters guests report, this separates it from other haunted locations in Flagstaff.

“Depending on the room, if they pick a haunted room there could be poltergeist-type things happening,” Perry said. “They may see a rocking chair move or feel someone grab on them in the middle of the night.”

Guests have also been known to report ghostly happenings in the rooms that aren’t haunted as well, she said. Lights flicker and TVs turn on by themselves. Staying at the hotel is truly the only way to figure out if these stories are true.

If a self-guided tour seems to be the way to go, there are some must-see places to add to the list, such as the Weatherford Hotel and the Flagstaff City-Coconino Public Library.

The Weatherford Hotel opened in the 1900s, and in the 1930s, a couple on their honeymoon was murdered in Room 54. This room has since been turned into a storage closet, but that doesn’t stop rumors of hauntings in and around the room. The Zane Grey ballroom is also reportedly haunted by another ghost that can be spotted gliding above the dance floor, according to Simply Wander.

The Flagstaff City-Coconino County Public Library is the home of a legend passed down by employees about a departed janitor. It’s said the staff member killed his entire family and then went to the library and committed suicide, according to downtown Flagstaff. The library used to be Emerson School, and has a basement where the custodian allegedly committed suicide.

Overall, Flagstaff may not be what it seems on the surface and with spooky season right around the corner, now is the perfect time to dive into the haunted history of this old city.