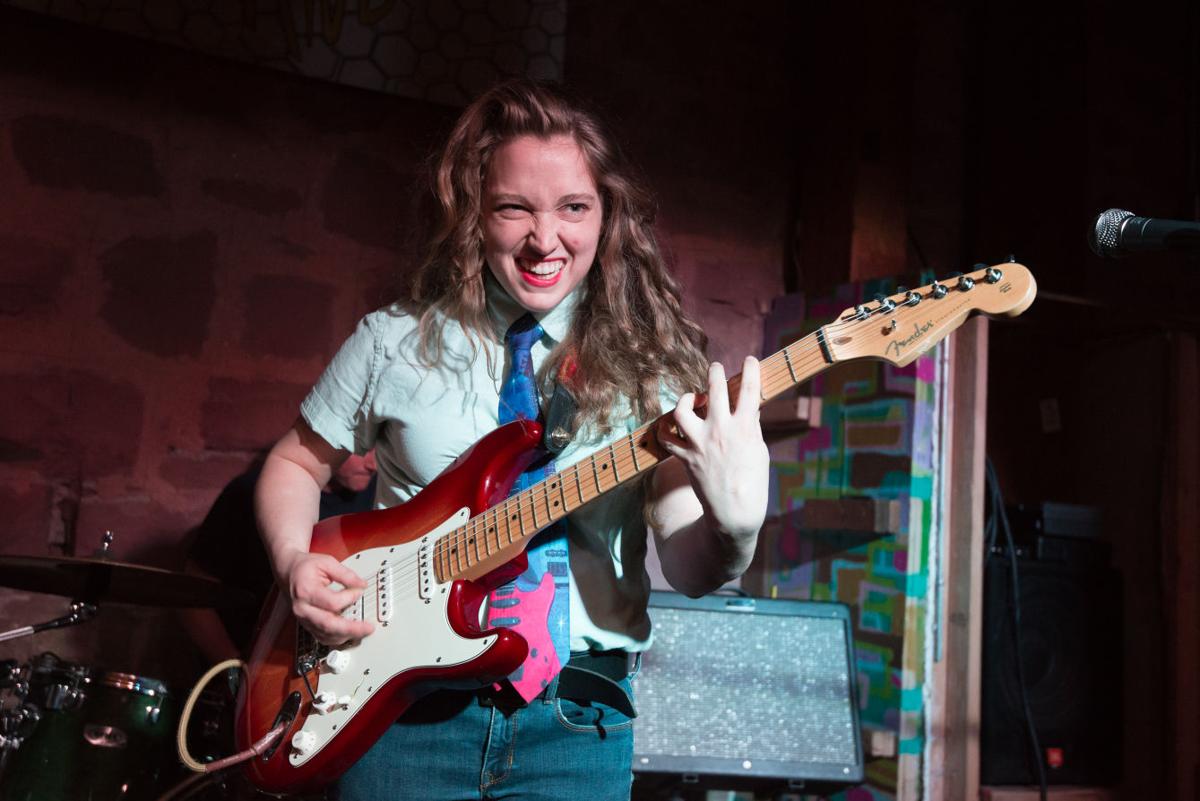 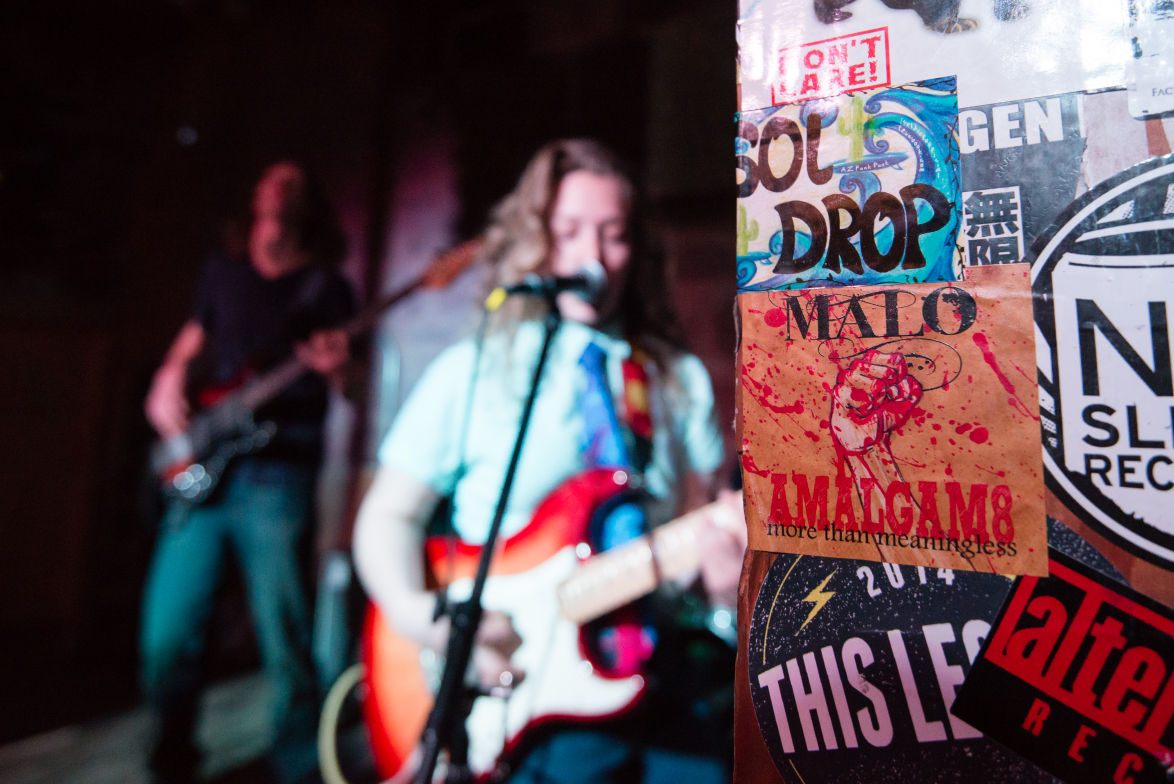 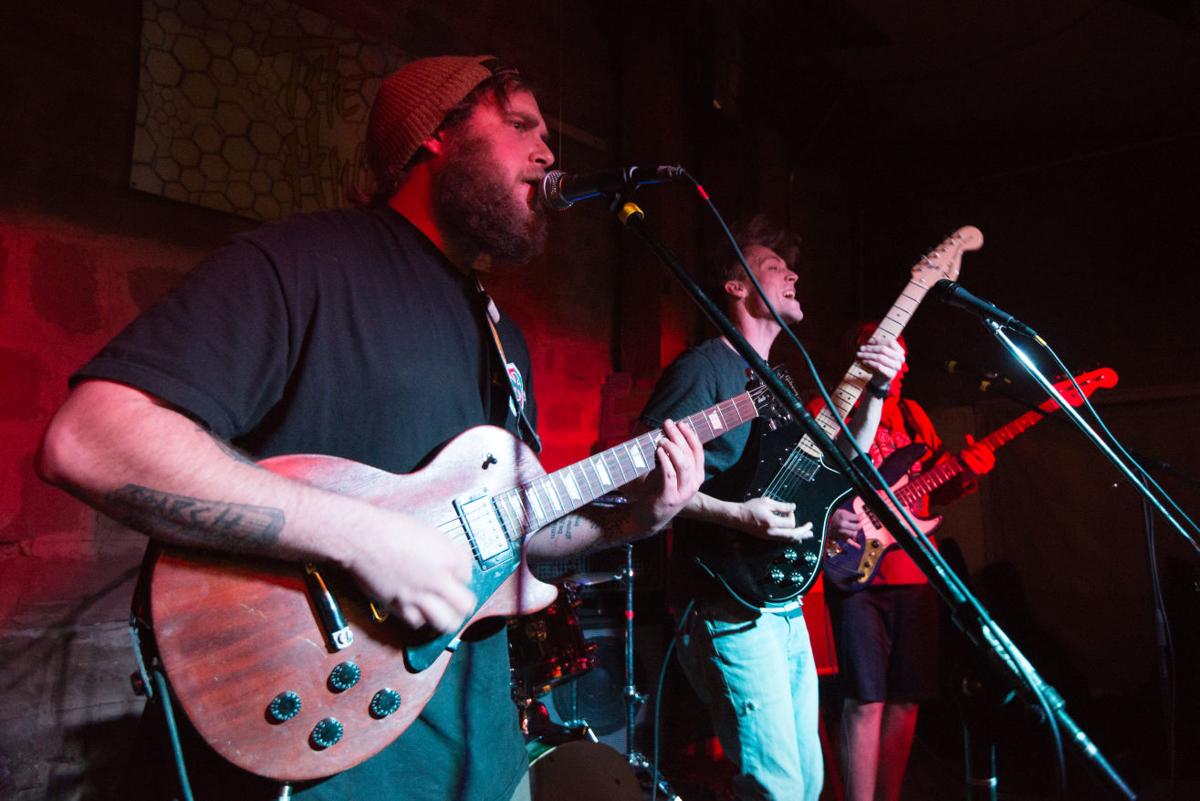 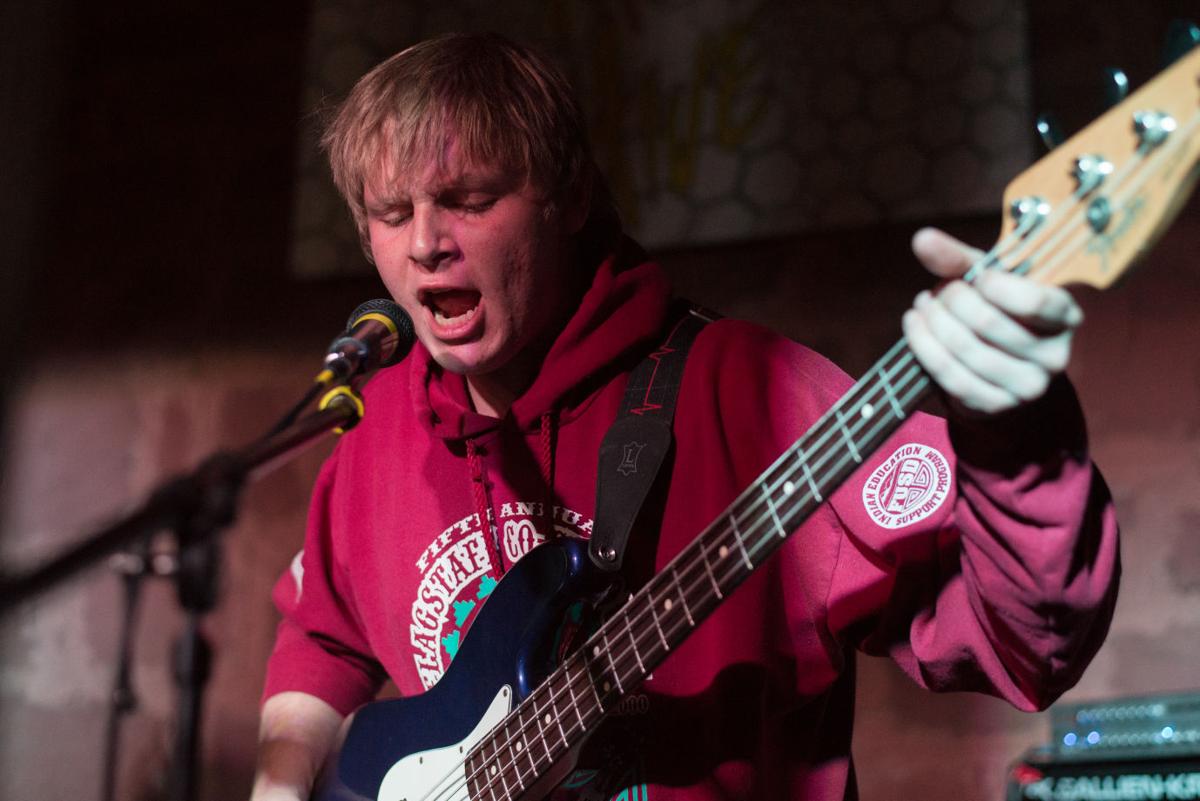 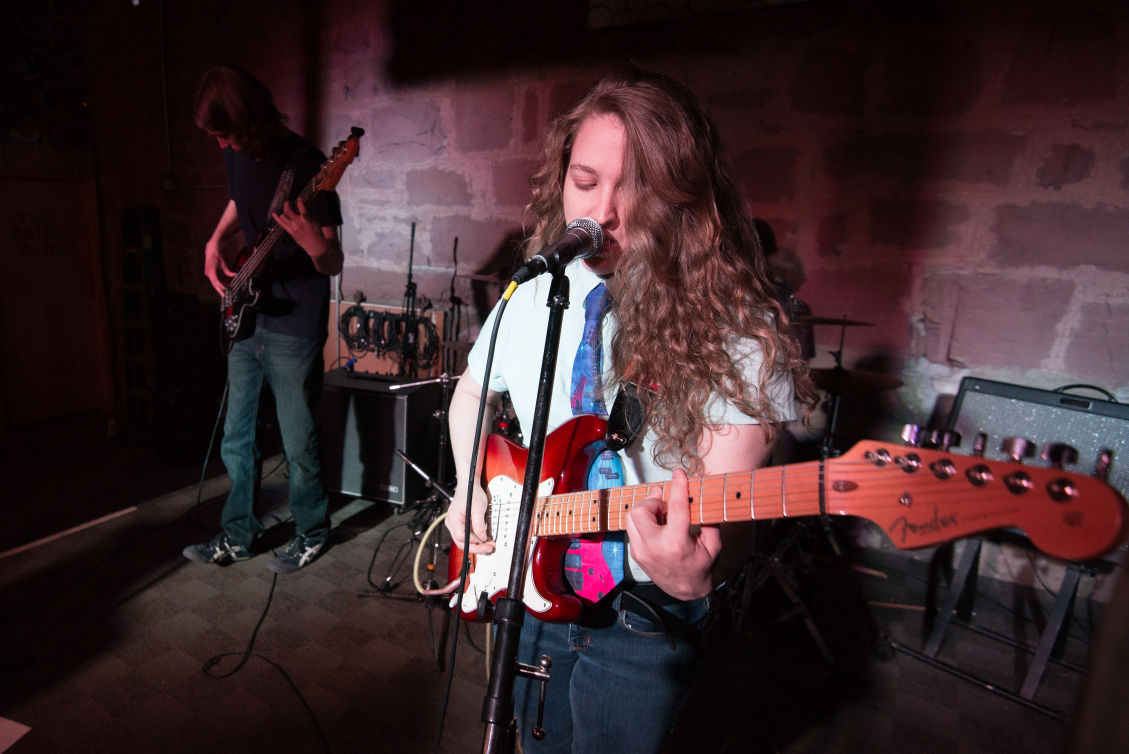 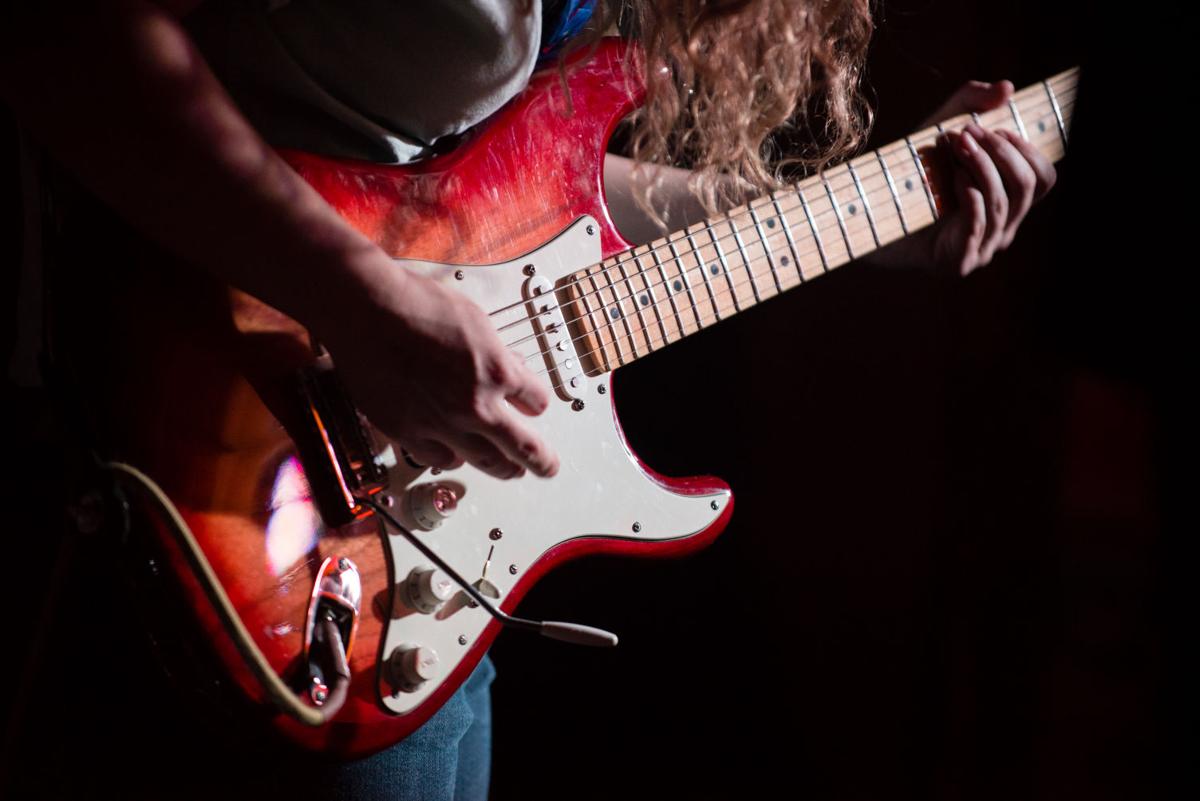 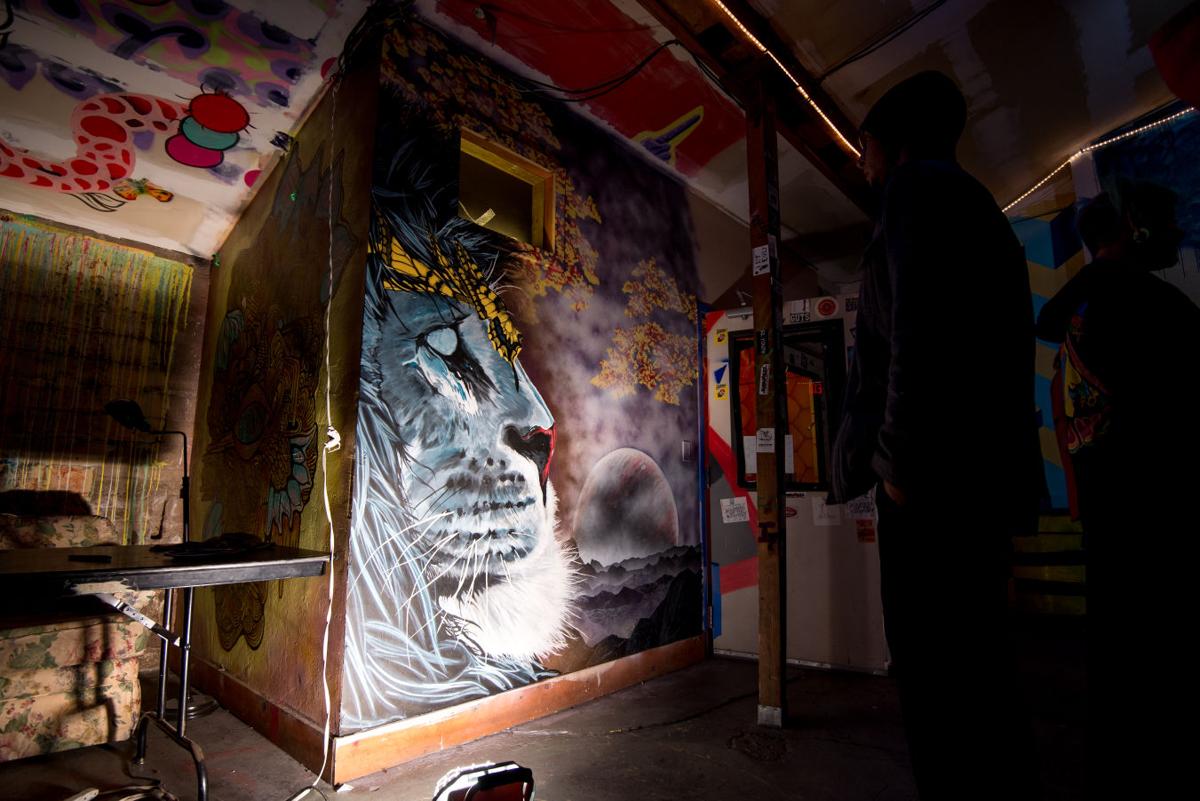 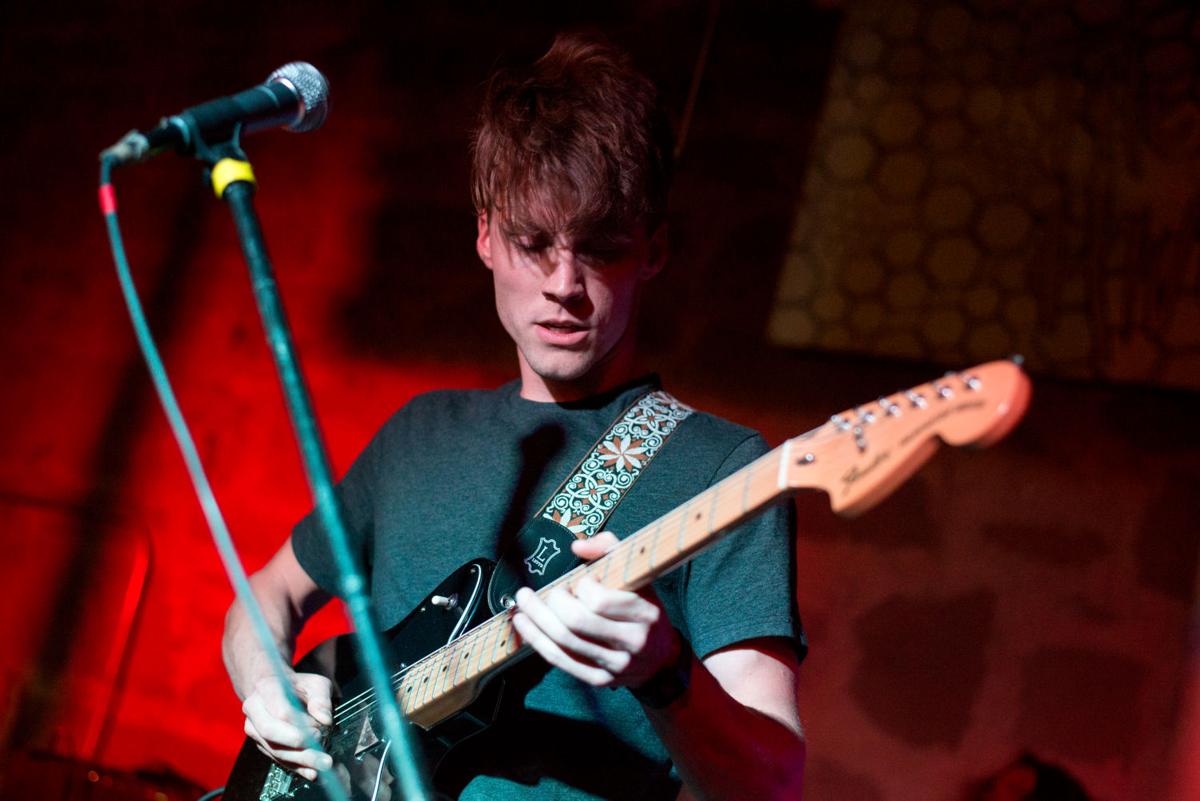 The Flagstaff music scene is a diverse group of friends and music lovers that share their creations as often as they can.

Sol Drop played two shows March 4, one at The Hive and one immediately after at Flagstaff Brewing Co.

The night started off with Flagstaff local bands: Naming Our Monsters, AstroNots and Tiny Bird. Then Sol Drop brought in a heavily energetic crowd at The Hive, as well as a celebration of the new mural painted by local artist Kristian Candelaria inside the venue.

Sol Drop is a three-piece group that brings back the raw style of rock ‘n’ roll that makes you want to dance. Band members include guitarist and vocalist Kathryn Meyers, bassist Sean Buechel and drummer Brian Dorsey. The style brings you back to the '60s, watching Hendrix shred the guitar, wooing the crowd.

Meyers knows how to bring the energy to the crowd, making everyone feel as if they are a part of something that you can only experience at a Sol Drop show.

Their fans are extremely dedicated, going to every show that Sol Drop has. The consistency and energy of the band gives you an adrenaline rush on its own, putting everyone in their own zone within the music.

"There aren't very many female-led bands in Flagstaff, but the music scene is diverse," Meyers said.

When Sol Drop is performing, Meyers, Buechel and Dorsey are all focused in on keeping tight, and putting everything they have into the performance. It is exactly what the crowd expects to see from a good live act.

"It’s always fun when touring acts come through Flagstaff and want to play shows with us," Buechel said.

The dedication that the members have in Sol Drop gives off a vibe that makes you want to be involved in something that you are passionate about. The experience of watching them heightens the mood of everyone in the crowd.

A highlight of the night that hyped up the crowd the most was an immaculate cover of The Beatles' "Twist and Shout," giving the crowd a chance to dance the night away and to feel as if they were Ferris Bueller themselves.

With only 25 minutes to spare before having to move over to Flag Brew, Sol Drop wanted to give the audience more of what they came for, which led them into closing out the show with a lively cover of Jimi Hendrix' "Foxy Lady." Meyers showed off her skills and nailed the solo while running around the stage as the music took over her soul for the four minutes that Jimi gave her to play.

"They really know how to play a show and buildup the crowd," said show attendee and Flag Brew customer Katie Avila.

The Sol Drop show was full of passion. Their shows are loads of fun, and anyone from the community can come out to these shows to have an exhilarating night.