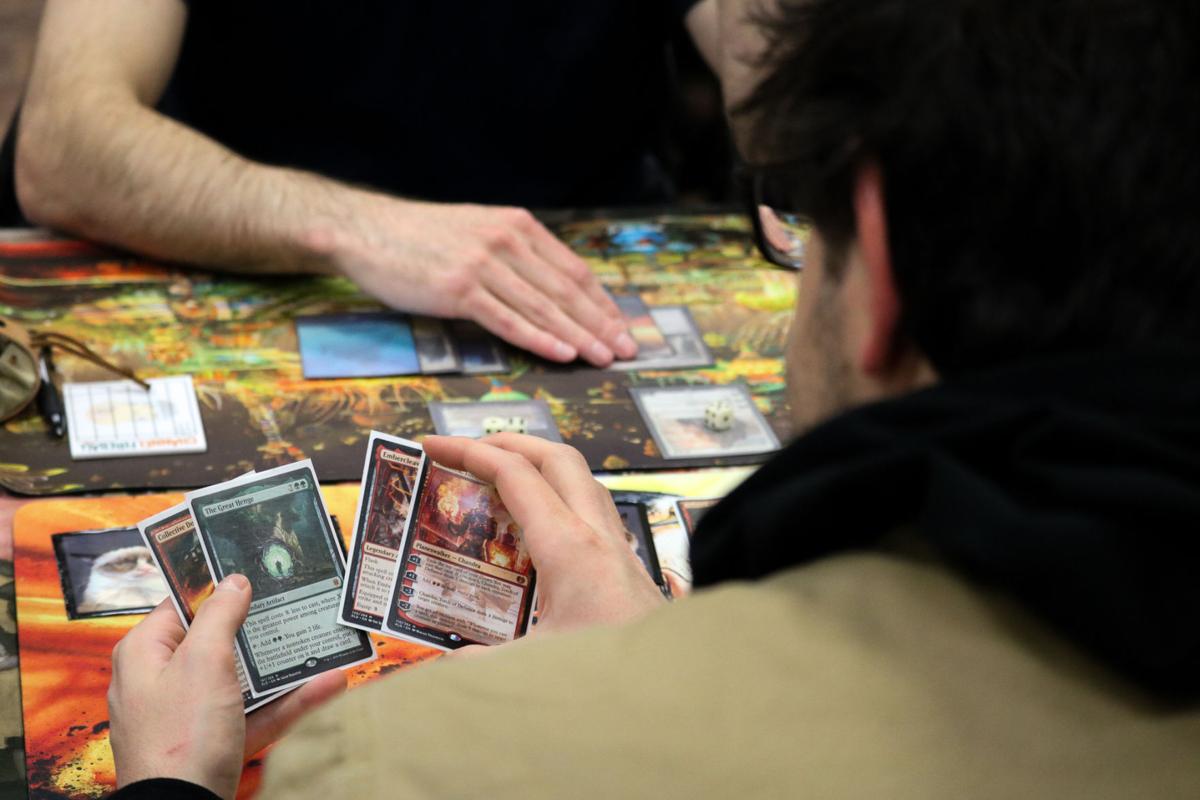 The Geekery hosts many game nights where people can play games like Magic: The Gathering, Warhammer and Dungeons & Dragons, Nov. 15. 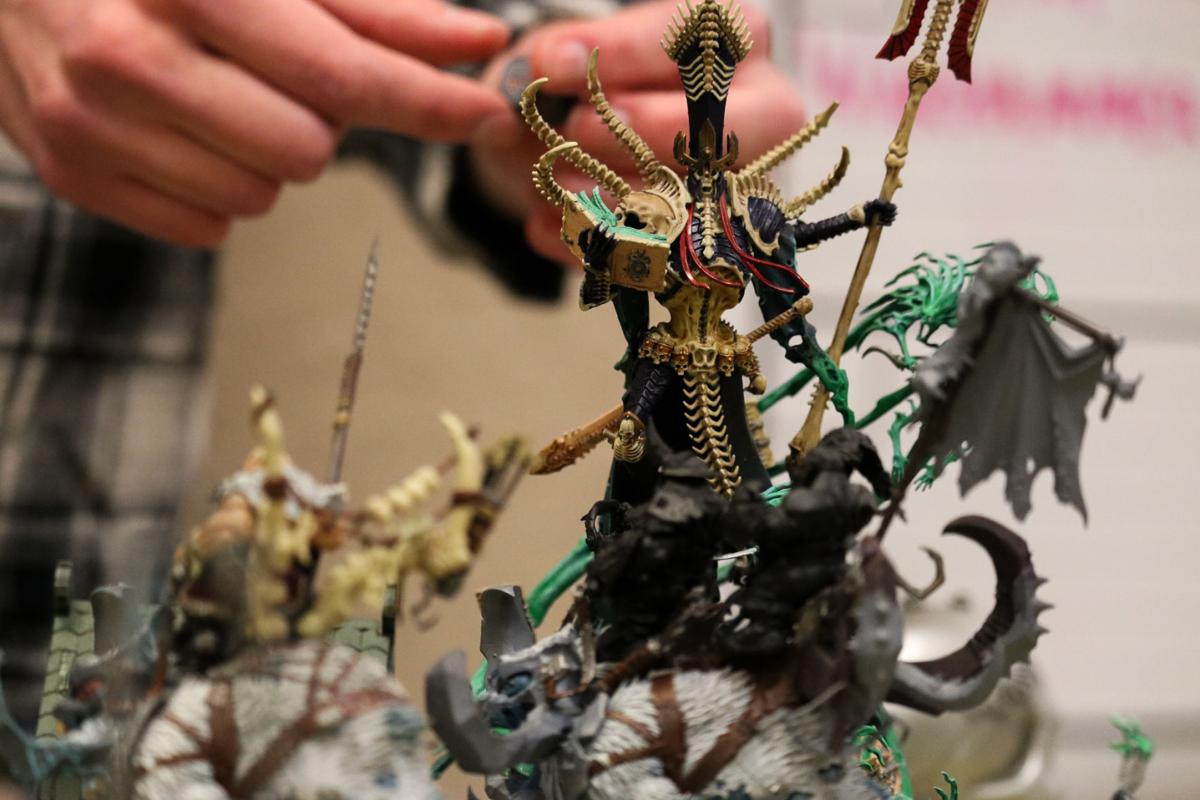 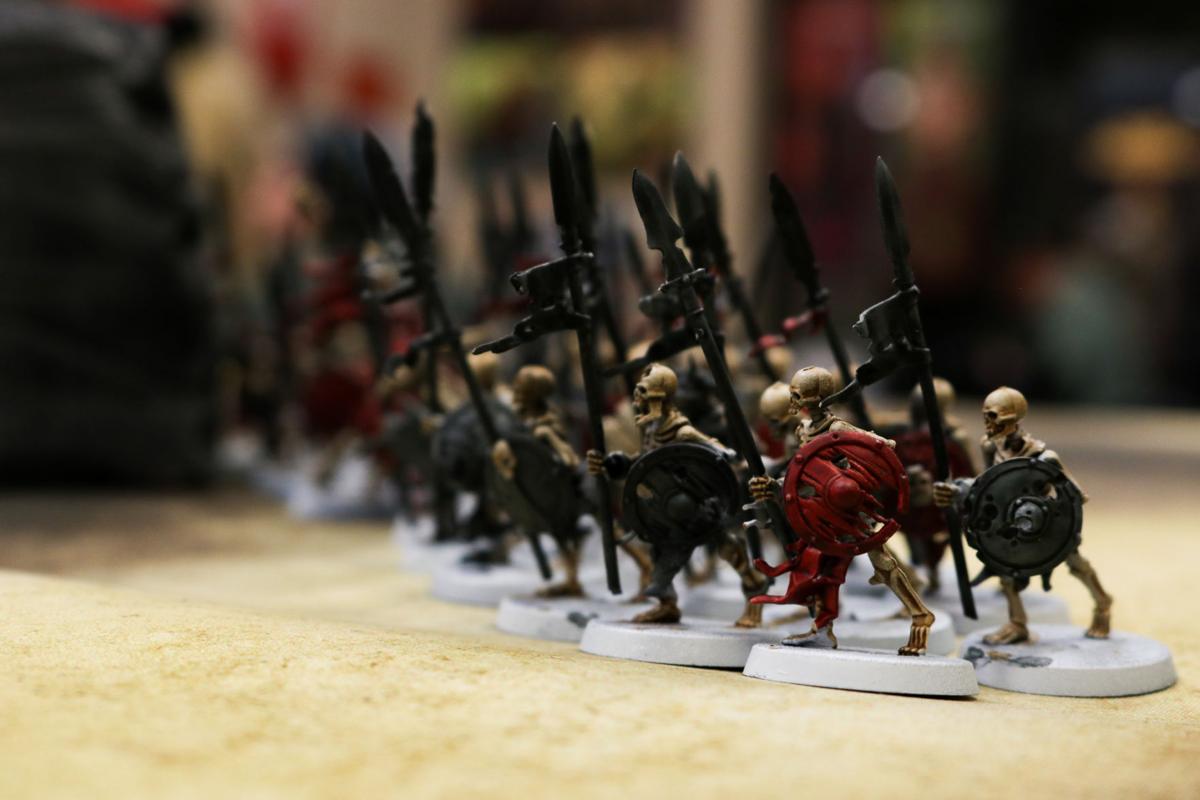 The Geekery hosts many game nights where people can play games like Magic: The Gathering, Warhammer and Dungeons & Dragons, Nov. 15.

In the shopping plaza across from Target, past a set of double doors and through a hall sits a store filled with magic, high-tech spaceships and enough fantastical realms to make your head spin. The Geekery is one of the local game stores in Flagstaff that aims to provide a sense of community for its customers.

In comparison to stores like GameStop, this local game store is centered around tabletop games. This includes card games like Yu-Gi-Oh!, Magic: The Gathering, board games and role-playing games like Dungeons & Dragons.

Given its proximity to NAU, much of The Geekery’s customer base and staff are current and former students. General Manager John Murphy graduated last fall and has been working at The Geekery for just over two years.

The network is a program set up by Magic: The Gathering publisher Wizards of the Coast as a partner program with stores that sell its games. Partnerships like this often award privileges, like being able to host prerelease events and Friday Night Magic. However, events like prerelease are different from just showing up with a deck. As opposed to the normal constructed tournament where players build a deck beforehand, limited tournaments have players build their decks on site.

Alongside the sealed formats like the prerelease events, Murphy explained that The Geekery also hosts other formats, which are various ways to play the game.

“Where Magic: The Gathering is basically violent wizard poker, how people play is mostly determined by formats,” Murphy said. “How most people start playing is what we in local game stores call ‘kitchen table.’ You play with the cards you have with barely any restrictions on what you can or can’t play. The most common tournament format is called standard, which is about the last two years’ worth of cards that rotate out.”

Sophomore Andrew Sonnemaker, who works as a clerk, has regularly visited The Geekery since he started attending NAU.

“I’ve been working here since August. It’s been really great. I played here all last year and became pretty good friends with John,” Sonnemaker said. “At one point, they needed somebody new, and I decided I would throw my hat in the ring and started working here.”

One of the reasons Sonnemaker stuck with The Geekery is the sense of community he found, as opposed to stores in his hometown, Carson City, Nevada.

“I just really like all the people that work here,” Sonnemaker said. “I have never been to a store that is this high quality. It’s very well run. The guy who owns this place, Steven, is really nice, and my manager, John, is really great.”

Sonnemaker said The Geekery hosts on-demand events whenever players ask. There is a large play area and demo games set up for anyone to try. They also accommodate players of many games by supplying boards.

The player base at The Geekery sticks around for much the same reason the staff does: community. Recent NAU graduate Adam Douglass has been playing Magic: The Gathering at The Geekery for at least three years and noticed how welcoming everyone is to new players.

“I used to play Hearthstone, but my friend got me into Magic, and at this point, I’ve been playing Magic longer. I usually come two or three times a week,” Douglass said. “The people here are very friendly. You can come up to the employees and some of the customers that are just perusing cards and be like, ‘Hey, I want to play commander format. What should I do?’ and the people will give recommendations, and customers will ask to play a match.”

Through both a welcoming staff and player base, The Geekery has more to offer than just tabletop games. It offers a bonding opportunity for its players to take a break from the trials and tribulations of life.