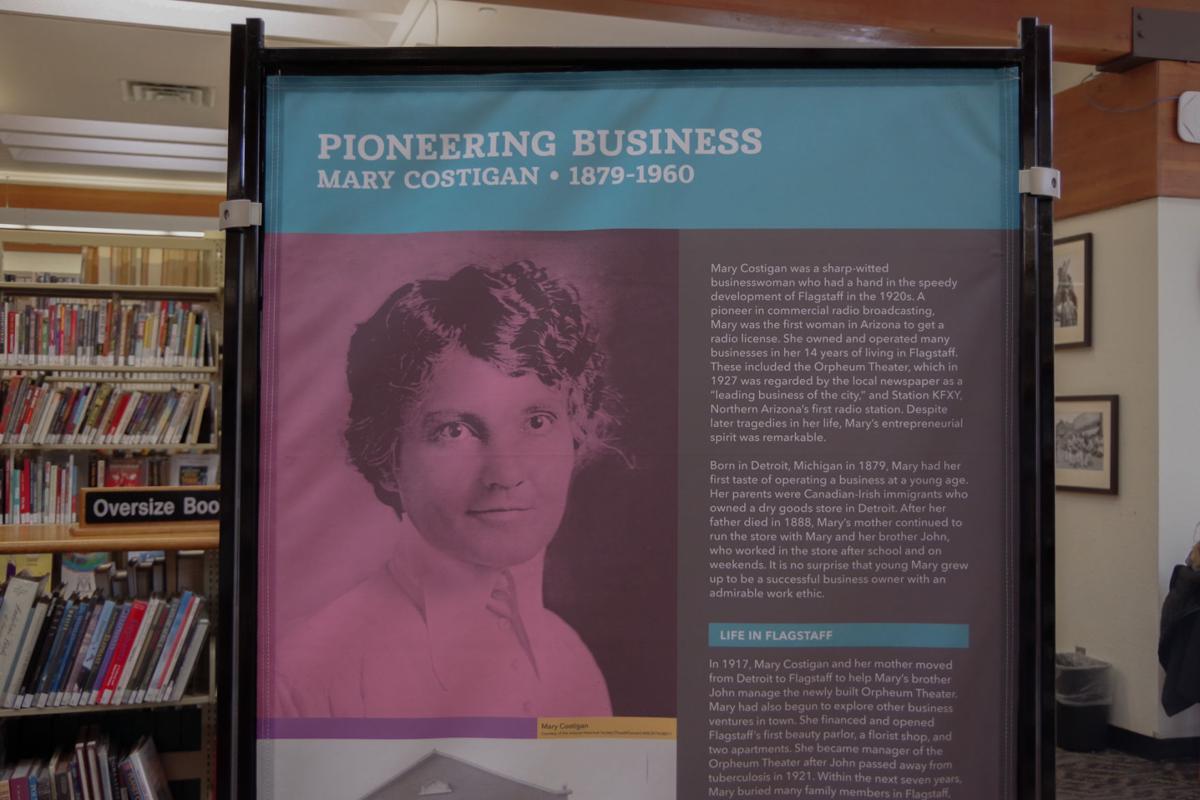 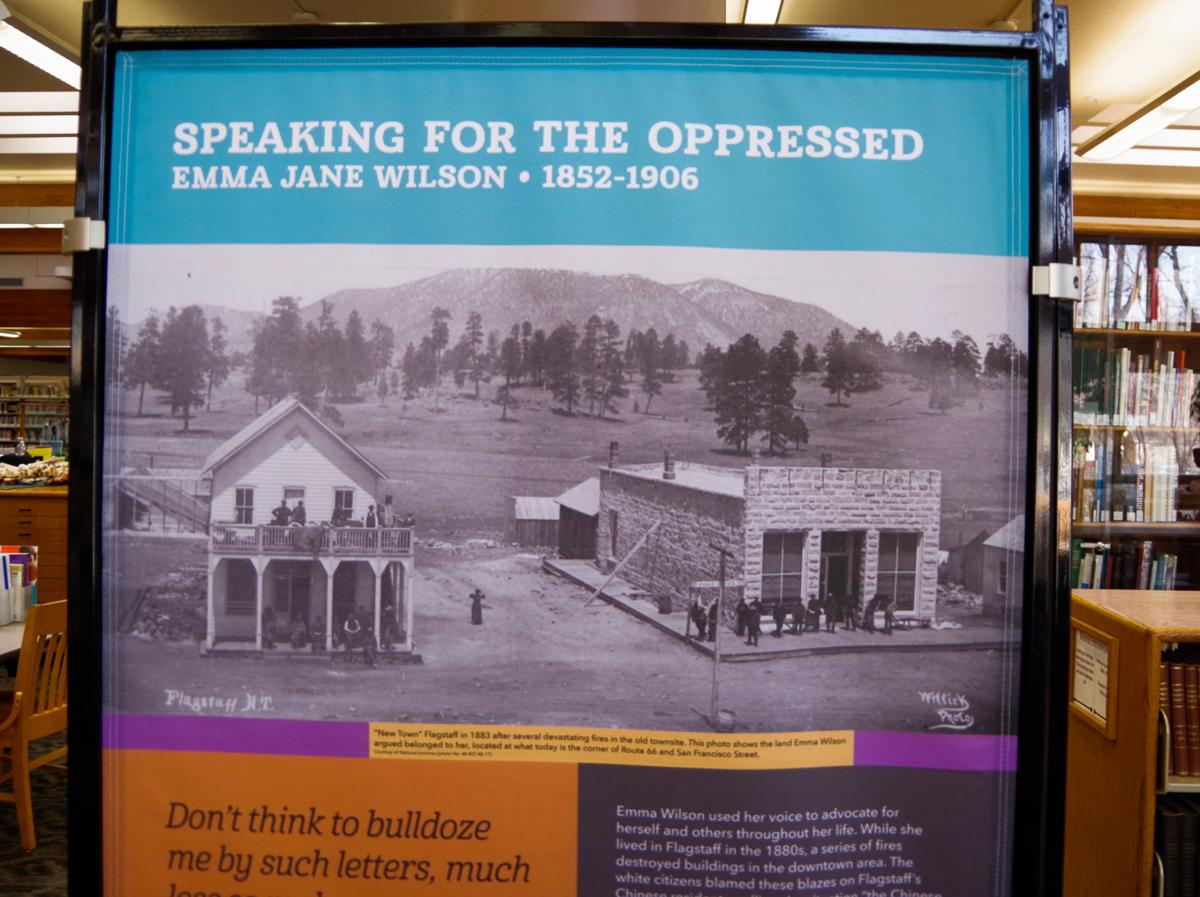 A display in the Flagstaff City-Coconino County Public Library about Emma Jane Wilson titled “Speaking for the Oppressed.”

A display in the Flagstaff City-Coconino County Public Library about Emma Jane Wilson titled “Speaking for the Oppressed.”

A collaborative effort between the Martin-Springer Institute and the Flagstaff Pioneer Museum to highlight 21 women and non-binary tales of overcoming hardships and unfavorable situations at the “Resilience: Women in Flagstaff’s Past and Present” exhibit.

The exhibition, located at Flagstaff City-Coconino County Public Library, features women from all walks of life who have made a significant impact in the community. Among those featured are public figures, activists, business leaders, educators and caretakers.

Bjorn Krondorfer, director of the Martin-Springer Institute, said the idea for this exhibition came about when their research team realized that Flagstaff women’s lives were not well represented in the city’s history and archives. With such a diverse landscape, Krondorfer and his team wanted to highlight underrepresented communities.

“[We were guided by] several paradigms, including covering each decade from the 1880s to the 2010s, as well as making sure the stories were not only relevant on a local level, but reflect larger, even global struggles,” Krondorfer said.

Sacha Siskonen is the museum education curator for the Pioneer Museum, as well as Riordan Mansion State Historic Park. She assisted in putting together the exhibit and executing its purpose.

She said the exhibit tells a story of national significance by focusing on local people.

“The exhibit discusses important historical events like the civil rights movement, World War II and the Holocaust by sharing moving stories about individuals working to create a better world, fighting for equality and finding peace in difficult circumstances,” Siskonen said.

One of the women featured in this exhibition is NAU journalism professor Rachel Cox, who has a story of hope and immense strength. At 18, she survived after being lost in the South Dakota Wind Caves for 38 hours, which prompted the largest search and rescue in the United States at the time. Now, she is making a documentary about with the help of her eldest daughter. She plans to debut the trailer at the Flagstaff Mountain Film Festival in February.

The word resilient is one Cox defines as a person’s ability to keep going in the face of hardship. She said everyone has the power to be resilient and push their way through adversity.

Cox lost her son, Zaaditozhon Tso, when he was 3 years old after he was struck and killed by a car in a Flagstaff parking lot in Februrary 2015.

Following the death of her son, Cox returned to a classroom of students she said were so full of love and compassion. She said her son, Zaadii, and his legacy motivate her.

“It is hard to be a bereaved mother, but I’m certainly not the only one,” Cox said. “At least I’m not in a war-torn country ... there are situations that are a lot more remarkable with people and women that continue on through it.”

Cox said that teaching helped her feel as if she was continuing parenting. She said that it requires hope and compassion for her students, just as she had for her son.

“No matter what our own hardships are, or what we’re going through, we’re all still in this together,” Cox said. “No matter our hardships we still need to work together to try our best to make this world as good as it can be for our future generations and our environment.”

Krondorfer said “Resilience” illustrates the strength and resourcefulness that these women displayed when they faced challenges in their personal lives and in their communities. The exhibition is currently on display at Flagstaff City-Coconino County Public Library until Feb. 3.