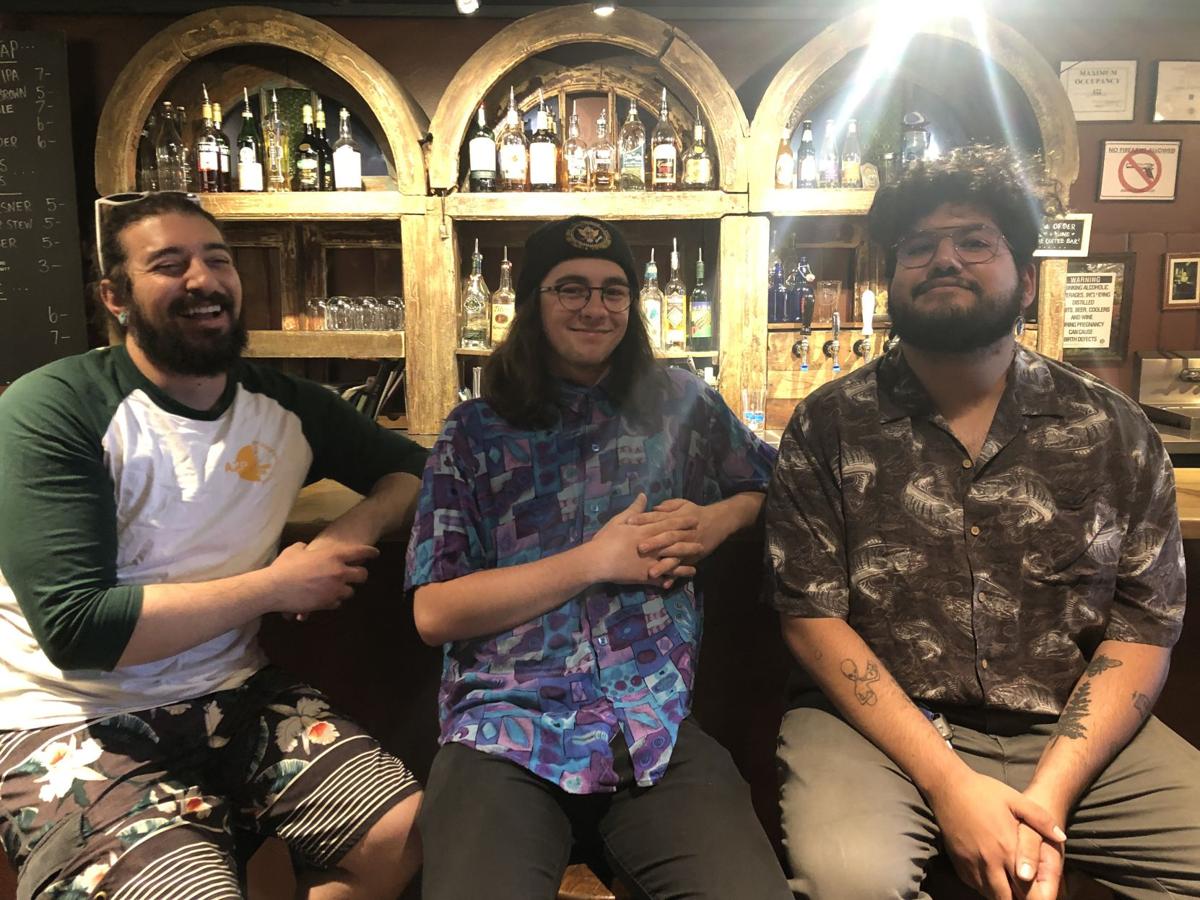 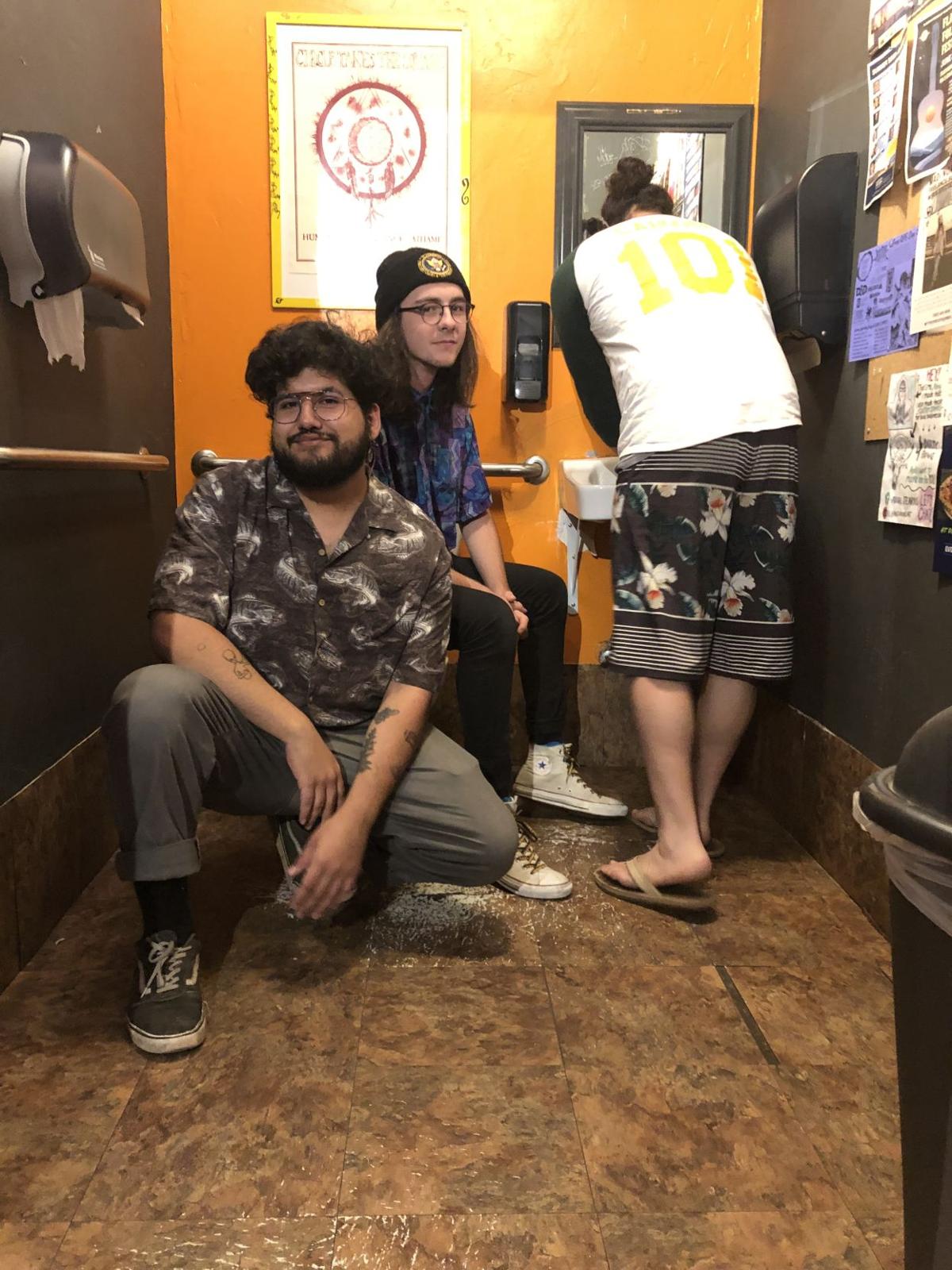 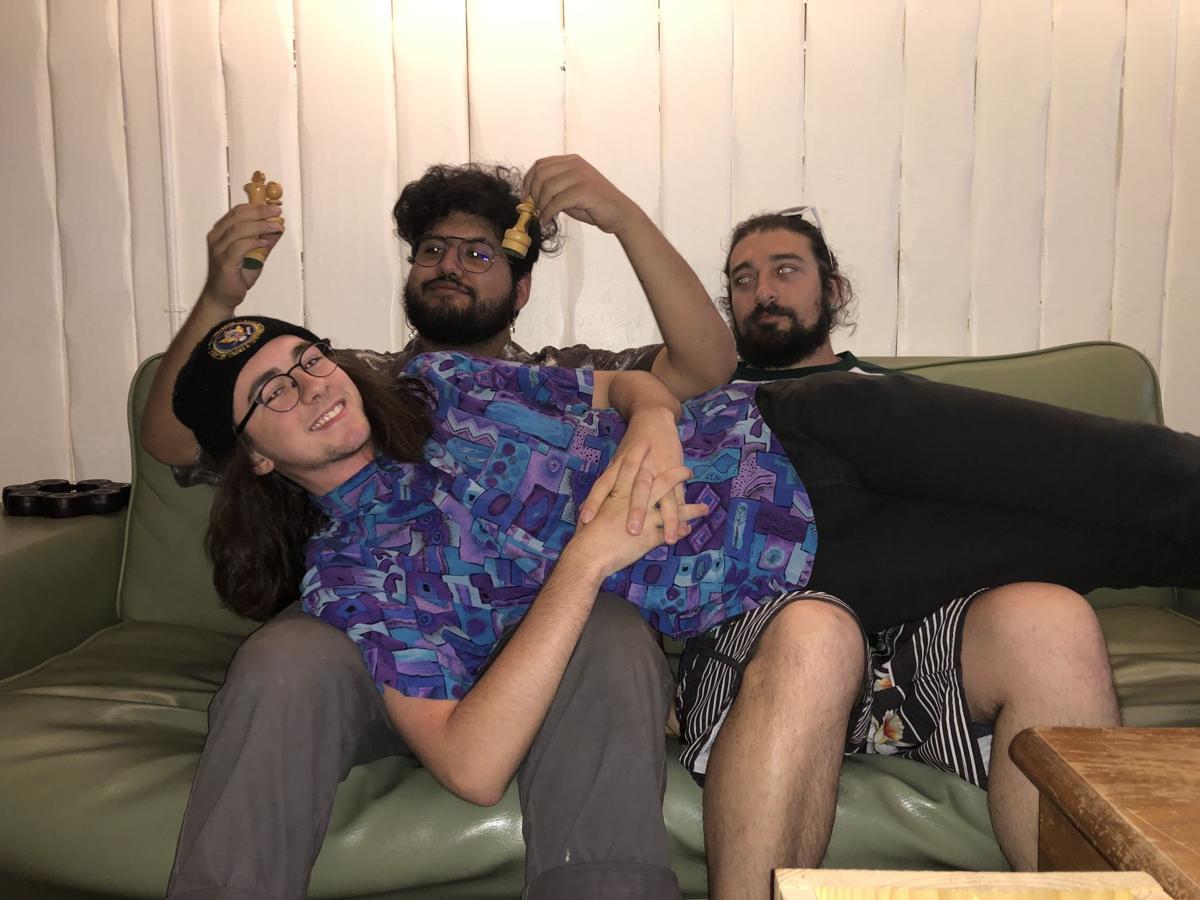 From the center of University West apartments, you may be able to hear the faint sound of Minivan, a Flagstaff-based band comprised of JJ Soleimani on vocals and guitar, Daniel Langdorf on drums — and as the “unofficial recorder” — and Logan Sager on bass. After recently rebranding from Glazed Jeans to Minivan, they’re ready to hit the ground running.

“We decided to do a whole new thing entirely and we decided on Minivan.” said Soleimani.

The past branding wasn't everyone's cup of tea. Langdorf made sure he had fair stake in name-choosing this time around.

Langdorf followed, “When I joined the band it was just Glazed Jeans and I did not like that band name, so I wanted to be picky about the next one.” In deciding a new band name, they had numerous contenders: Raised by Sharks, We’re All Kevin Durant, Pretzel Union, et cetera.

The boys came together via mutual friends and happenstance. Sager and Soleimani stumbled upon Langdorf at the NAU transfer and freshman theatre showcase, where he was playing drums.

“Between rehearsal and the show, they were like, ‘Be in our band!’ And I was looking for something, so I said sure,” Langdorf said. “Honestly, I was like, ‘Give me a demo,’ and then I really liked the demo.”

As Glazed Jeans, they played at KJACK Radio's Battle of the Bands where they lost out to Winter Haven, a local band from Flagstaff High School.

"They were the better band that night,” Langdorf said.

As Minivan, they’re moving forward with new music and a fresh slate. They’re spending the summer writing and recording, not to mention producing and branding, but their main focus is the music.

“We’re currently writing, but we have four songs that are almost done baking in the oven,” said Soleimani.

They're working their way through rough cuts and scrapped lyrics, beginning to see the demo at the end of the tunnel.

“We’re going to start doing some really rough demos of these songs, which I personally consider past of the songwriting process, so you can listen back to them and make decisions,” said Langdorf.

They plan to have a demo done before the end of summer and they’re rapidly advancing upon that goal. With biweekly band practices and an arsenal of partial songs, these guys are b-lining for success, local and otherwise.

Their natural talent shines through without pretension. At the end of the day, Minivan is three guys hanging out, doing what they love. Even their song-writing process is laid-back.

Sager described the process as thus: “It usually starts with someone bringing in a piece that they recorded on their phone.”

They pull together bits and pieces to create a cohesive song, meaning no one is the sole songwriter.

Soleimani elaborated, “Usually I have lyrics on my phone, I either have something prepped in my brain or we just start jamming out and it’ll start to fall into place. Then I bust out the phone, we sing some lyrics, then we figure out what fits and stick a dumb name on it and call it a song.”

They essentially freestyle until something sticks, a process that’s organic and its result is honest to the creation.

They came together about a year ago on the foundation of music and built a friendship. Comradery is at the core of Minivan. It’s clear they love to hang out and music is a catalyst for that, as well as a glue.

Soleimani took over the role of lead vocalist upon their rebranding. His voice compliments their musical style, smoothly transitioning from low and persistent to high and yearning.

As Soleimani plays his surf blue Fender Telecaster — also known as Tealecaster — and Daniel drums, music fills the air. In the close quarters of their practice space, they create something deeper than a few songs. Their teamwork and comradery bleed through the pauses and silences.

During a band practice in which Sager was absent, Soleimani and Langdorf lamented over his absence.

Most people see bass as a secondary priority, something a band can live without, but this is a fallacy. Without Logan, songs didn’t “sound right” or were skipped due to the absence of his vital role. Each member of the band holds an equally important role, or so it appears. No one is aiming to be the Robert Plant or Mick Jagger.

Minivan’s overall vibe is laid-back and down-to-earth. As Daniel worked away at the drums, “Band Dog,” Salah, laid at his feet and lounged around the room. The guys cracked jokes in between songs, unintentionally procrastinating tracks by getting lost in conversation.

Through the jokes and tangents, these boys remain focused. They have numerous plans in the works and can be caught jamming out during First Fridays in downtown.

“We are going crazy this summer, that’s our goal,” said Soleimani.

July 31, you can catch them on KJACK Radio at 107.1 FM or kjackradio.com, playing some songs for Summer Jam Sessions.