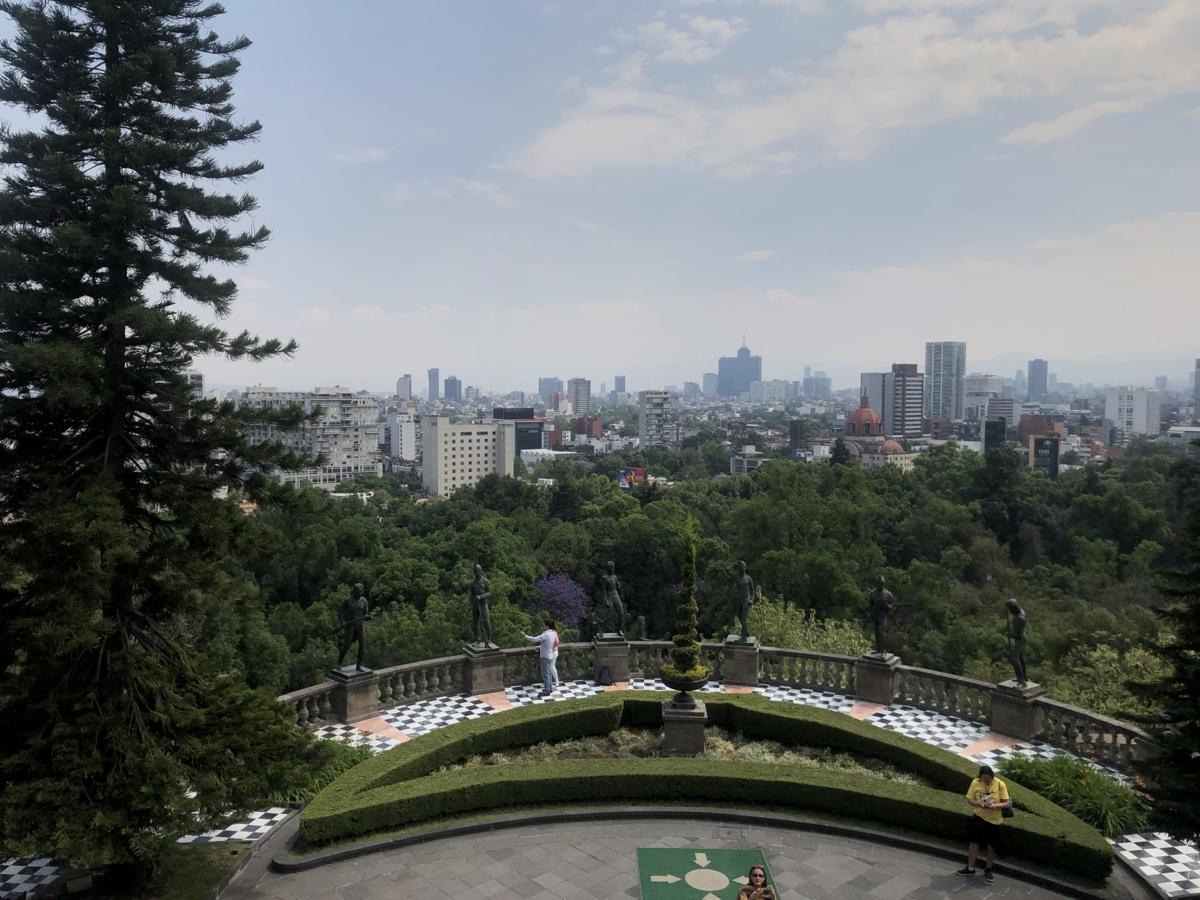 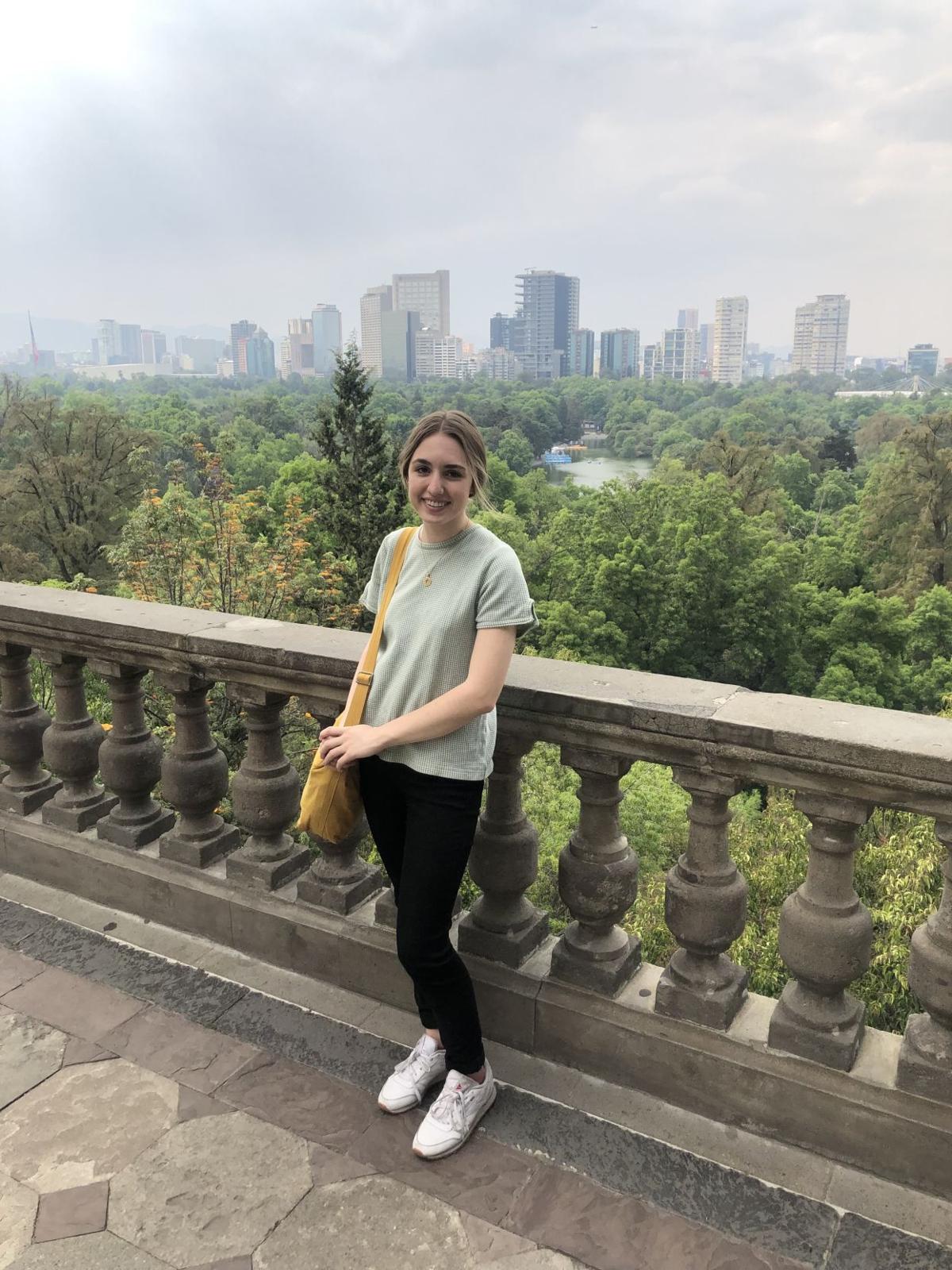 Lyndsey Fowks smiles for a photo in Mexico City during spring break.

Lyndsey Fowks smiles for a photo in Mexico City during spring break.

Once the coronavirus hit the United States, a nationwide shelter-in-place order came right with it. This was fairly unexpected, and many had traveled or vacationed beforehand with plans to return home. Once the restrictions became harsher, some were on their trips much longer than planned.

Graduate student Lyndsey Fowks was one of the people who had a trip planned before the virus grew. She did not let this, however, keep her from going on her trip to Mexico City for spring break. She explained that even though her and her friends still went on the trip, restrictions were quickly getting more strict and they had to end their trip sooner than expected.

“While we were there, things really started to change. Restaurants started to close, people started to not be outside as much,” Fowks said. “As non-native people, we started to get weird looks as far as travelers go. Everyone was really nice but we decided to cut our trip short. By that time, I knew that NAU had canceled in-person classes from spring break to the end of the semester. So I decided to travel back to London with my partner who lives there and is from there.”

Traveling while a virus is circulating can be scary, explained Fowks. She traveled from Mexico to London right when countries were starting to halt travel. She decided to go to London because she wasn’t sure if she would be able to visit in the summer, which was her initial plan.

“The planes were surprisingly full, everyone was using hand sanitizer, some people had masks,” Fowks said “I don’t think I sat next to someone but I think a lot of people were trying to get home. It was around that time when countries started issuing ‘come back to the country you’re from' orders because traveling was starting to be suspended in some South American countries.”

Originally when Fowks traveled to London she had to make some adjustments, such as the time difference. She was able to stay in contact with her family despite the time difference, which as she explained made adjusting easier. Fowks said she and her partner self-quarantined once she arrived because they wanted to be safe. Since her partner had just moved into a new apartment, she spoke about how there was a lot to do around the apartment to keep them busy. Working from home also kept her occupied.

Along with being a graduate student, Fowks is also the instructor of record for an introductory public speaking course. Not only did she have to adjust to everyday life in London, she also had to adjust her usual way of teaching.

“Teaching online was definitely a big adjustment,” Fowks said. “Thankfully, we have awesome course directors and other people helping us out by moving everything online and totally changing how the course is set up. We do a lot of activities and we do a lot of discussions. I did some talking and all those things were no longer possible in our new setting so that was a big adjustment.”

“In the [U.K.] there are still a lot of restrictions and a lot of social distancing measures,” Fowks said. “People are still staying home from work and you can have one family member over now, I think. For a while you could only go out to exercise for an hour or to get groceries. They lifted the one hour restriction so now you can exercise for two hours. You can’t sit in parks and you can’t be just hanging out, which is weird.”

Aside from not being home in the U.S., Fowks described how she still finds it more enjoyable in the U.K. She said being in a new country is an experience in itself, but being with her partner has been a positive aspect because they are in a long distance relationship and finally have the opportunity to spend time together.

Even though Fowks has enjoyed her experience in the U.K., she plans on coming back to the U.S. in June. Once classes were moved online, she pushed her return back a little but ultimately will have to return because she does not have a visa.

“I do have to travel in June, which I am a little nervous for just because everything is still pretty high and in the U.S. everything is still going up, like the curve,” Fowks said. “I am a little nervous to travel back but I have a safe route back and I am going to stay at my parents' house in Kansas for a few weeks to self-isolate just to make sure I don’t give anything to them.”

Even though Fowks did not plan on going to the U.K. after spring break, she traveled and ended up having positive experiences despite the current pandemic.