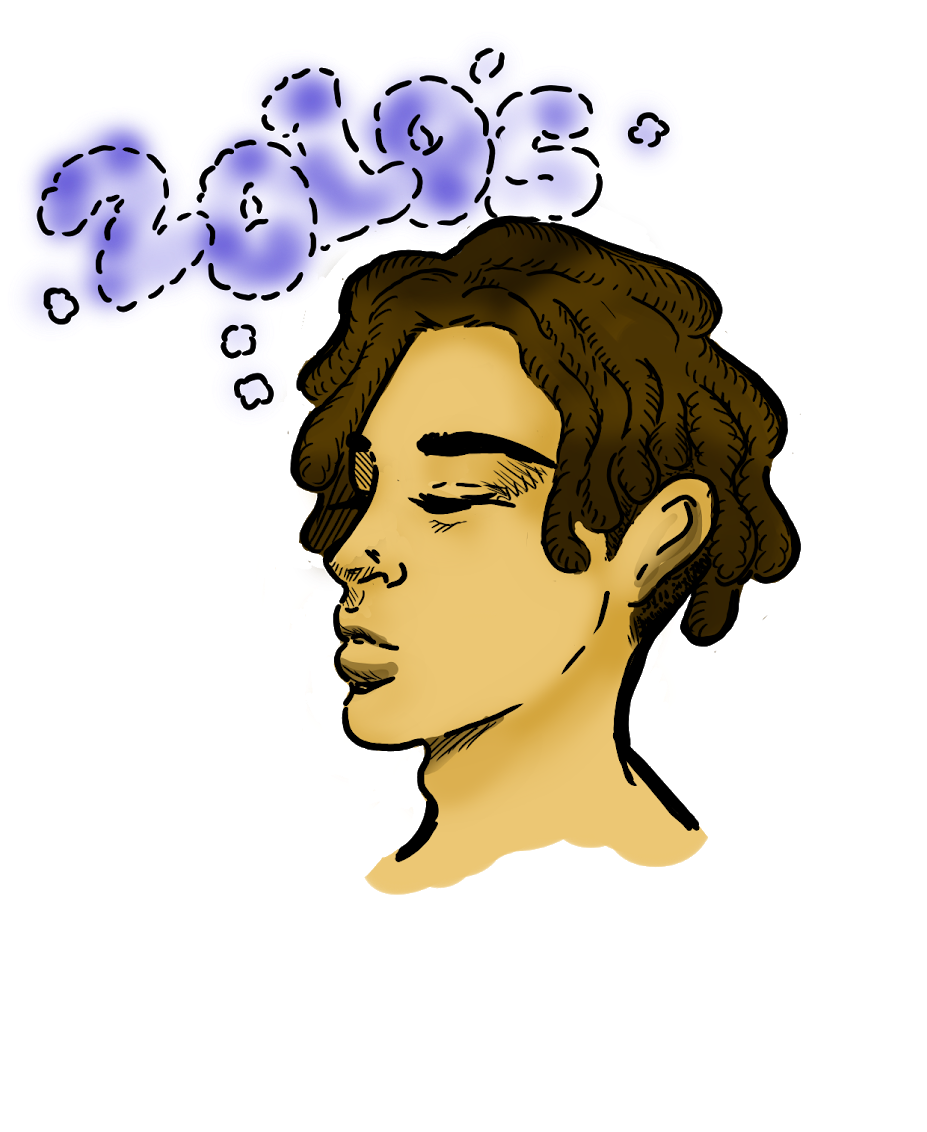 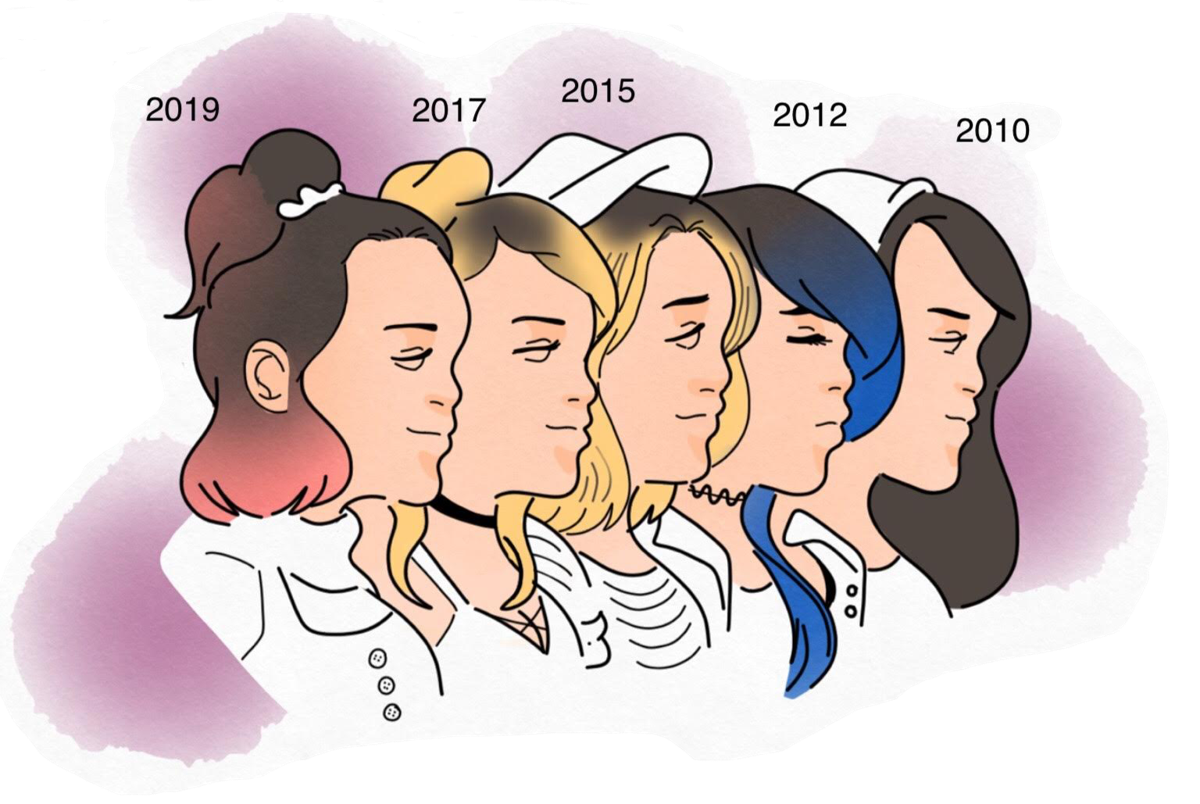 Ten years passed quicker than anticipated. Reflecting on how much has changed in media and popular culture from 2010 to the present day can take one on a recollective roller coaster that feels enigmatic to visualize without the fear of forgetfully omitting something substantial. The way people access media and receive news changed drastically, with the rapid ascension of social media users and the making of new methods to send messages to the masses.

For scale, here is a mind-blowing comparison from world-renowned data provider Statista; the amount of active Facebook users in 2010 opposed to 2019 jumped from approximately 550 million to over 2.4 billion, respectively.

With forms of text, image, video, livestreaming and even virtual reality, it now seems as there are endless avenues to create and consume. Countless pop culture creatives have taken advantage of the sheer availability of current people, as anyone can open Twitter at any moment to see a viral video or hear a song made by someone located time zones away. This has made the 2010s arguably the most saturated media decade to date, and at times it can be difficult to stand out from other content creators, but this recap hones in on the ones who accomplished just that. Here are the most dominant, influential and commercially successful of the decade — in music, TV, film, fashion and gaming.

In the past decade, music changed the most out of the four pop culture genres that will be mentioned. Nielsen, an American data and information entity, released a 2017 year-end report that showed rock was dethroned by hip-hop as the world’s most popular music genre. It appears that this trend will not change in the foreseeable future, as the Billboard Hot 100 chart of the week of Jan.11 has the No. 1 and 3 spot belonging to rappers Post Malone and Roddy Ricch, respectively.

The report also stated that the feat was “powered by a 72% increase in on-demand audio streaming” that ultimately took hip-hop to the summit of the musical world. Audio streaming platforms like Spotify and Apple Music have essentially replaced the purchasing of physical albums, with sporadic vinyl collectors, like myself, withstanding.

The best artist of the 2010s goes to Canadian rapper Drake. Whether one likes him or not, it is quite difficult to go anywhere without hearing him. His songs are on the radio and at social gatherings — the guy has something for every occasion. Revelatory or desolate, upbeat or slow-paced, Drake’s sound reaches every part of the spectrum. According to Billboard, he has six No. 1 hits on the Hot 100 chart, 35 that charted in the Top 10 and has sold over 10 million albums. Numbers do not lie, people.

The way people watch TV and movies has gone untraditional and more innovative, largely due to streaming services like Netflix and Hulu including the most popular programs on their viewing platforms. Deloitte reported that 69% of consumers subscribe to a form of video streaming service, while 65% of consumers pay for traditional cable TV. With more video streaming entities being created, like Disney+ that offers exclusive content, I expect the gap to continue to widen in favor of video streaming. According to Bloomberg, admissions to United States and Canadian movie theaters in 2017 was at its lowest since 1992. That number has since increased due to outstanding motion pictures like “Avengers: Endgame,” but nonetheless still illustrates that many would rather watch from their couches.

The TV and film industry are arguably the most competitive of all pop culture genres. It seems like there are so many phenomenal shows and movies accessible, that other great ones go unmentioned in debates of the most prestigious. Considering all released in both TV and film this decade, the most outstanding would have to be HBO’s “Game of Thrones,” inspired by the book series by George R.R. Martin. According to Statista, the show has 32 Emmy Award nominations and in the show’s eighth season, the production budget for a single episode reached $15 million. This show’s critical acclaim and digital size verify it as the best of the 2010s.

The judgment of fashion varies from person to person, as everyone seemingly believes their opinion reigns supreme. Armchair fashion designers donning sweatpants and oversized T-shirts harshly criticize the outfits of the Met Gala attendees annually, as if they have a better outfit in their wardrobe. We are all guilty of it, but one must understand that fashion could be the most arbitrary realm of pop culture. People have tastes and interests in many different styles of clothing, from streetwear to vintage, to something more sophisticated and dapper, and some don’t have any interest at all, e.g. Mark Zuckerberg.

Recently, fashion and music have almost fused into one, hence rapper Travis Scott’s collaborations with Nike-owned Jordan Brand, which have resold for over $1,500 via online fashion marketplace StockX. This, along with other collaborations such as Kanye West and Pharrell Williams apparel with Adidas, changed the culture in a way that anything can be fashionable if worn by an influential person.

The best fashion designer of the decade is Virgil Abloh. In the decade he founded Off-White, a luxury fashion label based in Milan, Italy, and was named artistic director of menswear at Louis Vuitton. Abloh truly has the Midas touch, as everything he designs seems to sell out in seconds and eventually pop up on StockX for an insane asking price.

In the 2010s, video games evolved from pastime to sport. With the help of Twitch, a video livestreaming website where professional gamers showcase their play, esports has earned merit and a colossal following worldwide. Years ago, some would scoff at a professional video game player’s title, but now there are plenty of them who rake in millions annually. According to Dot Esports, a competitive gaming news entity, 17-year-old Kyle “Bugha” Giersdorf earned a whopping $3 million for winning the “Fortnite” World Cup and he also assisted in putting esports into the public eye.

This decade, many quality video games have been released across all genres of play. Popular open-world, or sandbox, games such as “Grand Theft Auto V,” “The Elder Scrolls V: Skyrim” and “The Witcher 3: Wild Hunt” emphasized that players yearn for as little restriction on the playable character as possible, so that they may roam the virtual world and alter it as they desire. Shooters still remained beloved as well, proved by the 2019 release of “Call of Duty: Modern Warfare” that accrued $600 million within its initial three days, according to Forbes.

The best video game of the decade is easily “Minecraft,” officially released in 2011 by Mojang, a Swedish video game developer. This game allows the player to do just about anything imaginable in an ever-expanding, blocky virtual world. According to IGN, “Minecraft” has sold over 176 million copies as of May 2019, and there are 200 million more free users playing in China. This game should be credited with the facet of building in games like “Fortnite,” and it also pioneered giving full control of the virtual world to the player.