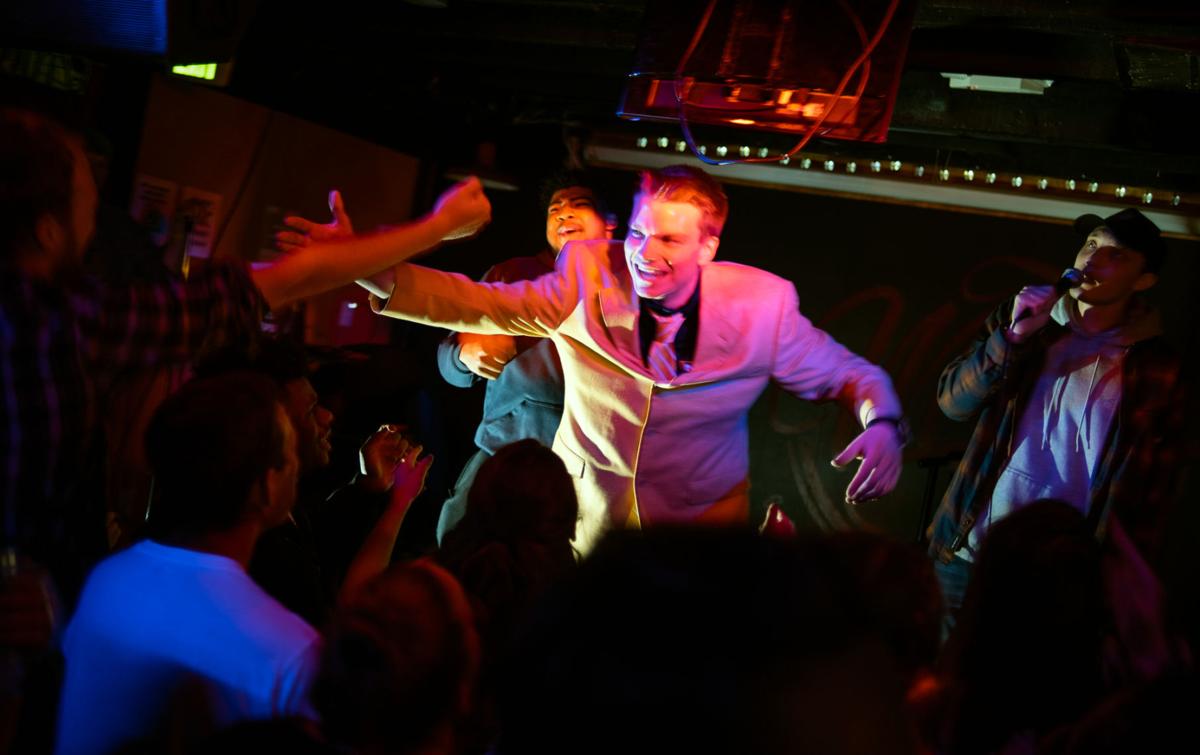 George Wilson reaches out into the crowd as he and his friends perform karaoke at Hotel Monte Vista's Cocktail Lounge, Feb. 14. 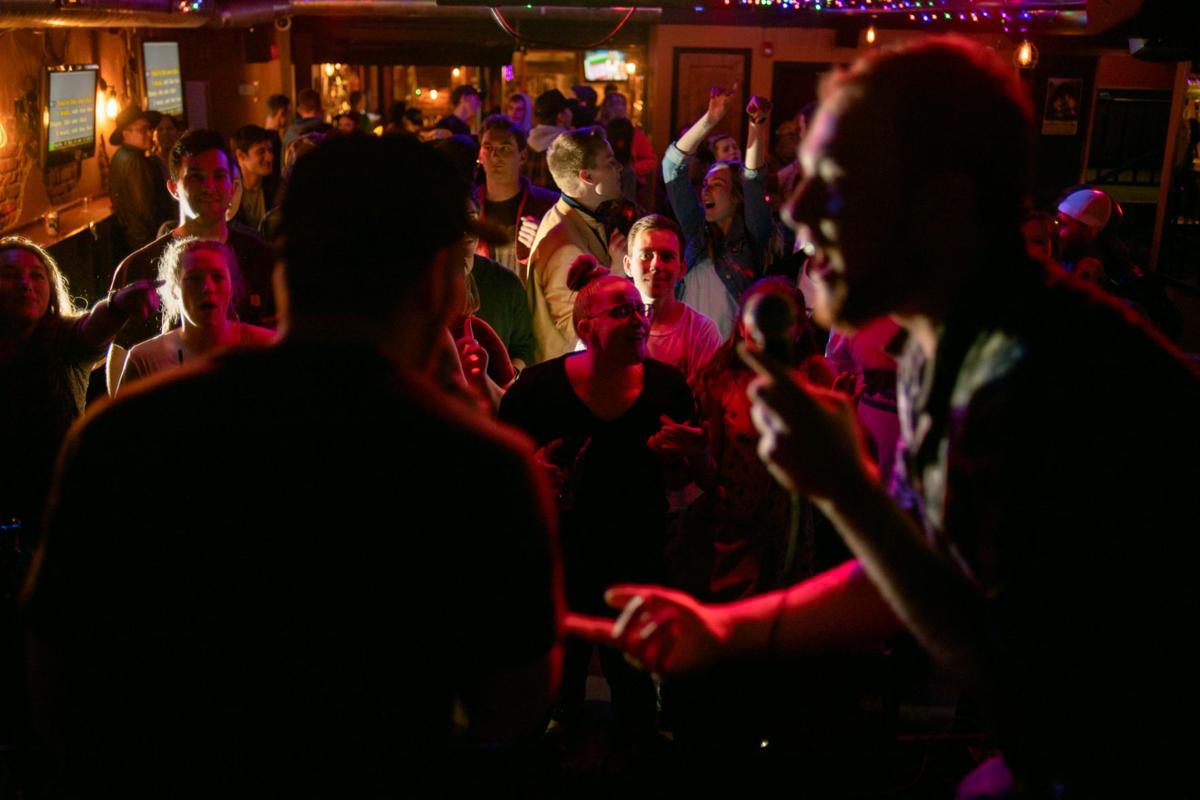 George Wilson reaches out into the crowd as he and his friends perform karaoke at Hotel Monte Vista's Cocktail Lounge, Feb. 14.

Hotel Monte Vista is seen as a staple in Flagstaff. The neon sign atop the historical building is visible by all of downtown. The fall season brings up spooky tales of hotel hauntings and the cocktail bar has seen its fair share of people looking to have a good time. The Hotel Monte Vista Cocktail Lounge — locals refer to it as simply the Monte V ­— has long been serving people, even when it was not technically legal. The bar served as Flagstaff’s first speakeasy and is now a popular spot for live music and karaoke.

Karaoke nights at the lounge are a way to spend a Tuesday or Thursday evening. The karaoke starts at around 9:30 p.m. and can run for hours with people singing anything their hearts desire. It can be crazy with host Ricky Bill at the microphone, and some interesting characters joining in as the bar serves through the night. It is a positive environment with good people behind the bar and stories rooted in the walls of the building.

According to the hotel’s website, the lounge that still stands and serves currently is the same one that ran a major bootlegging operation during prohibition. It was raided by state officials in 1931, and forced to close its doors until prohibition ended two years later. Now, it offers live music, karaoke and for those over the age of 21, legal alcohol.

The red stairs going down from the lobby of the hotel lead visitors into a dark bar with Christmas lights hanging up above it. The bartenders are friendly and quick, and the lounge has a carefree feeling.

Senior Daniel Langdorf works at the cocktail bar on Thursdays. He handles the list of people wanting to sing and starts the songs. He said the cocktail bar is a dive bar with a nice stage, sound system and good staff, and that in the lower bar, service is as good as it gets. He said there are free pool tables and darts, but also exposed walls and a cigarette machine that may or may not work.

Truman Salim has been working there for 1½ years. He said it is a good place to come hang out and that he loves his job at the lounge.

“It’s been getting a little hectic since the kids came back to college, but all in all, it’s been good,” Salim said. “Karaoke is thriving. If I wasn’t working, I’d be here to participate.”

The karaoke can go long into the night until closing time at 2 a.m.

Bill is the karaoke host who gets the night started and announces the performers. Bill said the bar is popular on Tuesdays and Thursdays, and sometimes fills to capacity.

“It’s a classic cocktail bar with live music,” Bill said. “We literally had a conga line last week. It’s just a party all the time.”

Langdorf has seen a lot during his 1½ years working as Bill’s co-host on Thursdays. Between bar fights and singers who had a little too much to offer, there are always crazy stories to walk away with.

He said a regular customer comes in and screams all of his song choices, including an entire rendition of “Bohemian Rhapsody.” Langdorf said he goes off time, is not going for any of the notes and it is surprising he has the lung power to get through it, but the look on everyone’s faces is hilarious.

Langdorf said another favorite story was when a woman who was extremely drunk picked a song from “Moulin Rouge!” and sang along perfectly. He said it is an easy and fun job to have.

“My goal as the karaoke guy is to get everyone on stage at least once, and for them to sing the song they want to sing and have fun,” Langdorf said. “I don’t care if they go up there and they sing Sarah McLachlan’s “Angel” as long as they’re singing what they want to sing and they’re having fun with it.”

The Monte Vista Cocktail Lounge is very different from what it used to be. It has come from an underground bar serving everyone and anyone to a usual hangout for locals. Even after major changes to the lounge, the bar has not changed in the way that it was a place to come have a drink with friends and have fun after a long day.