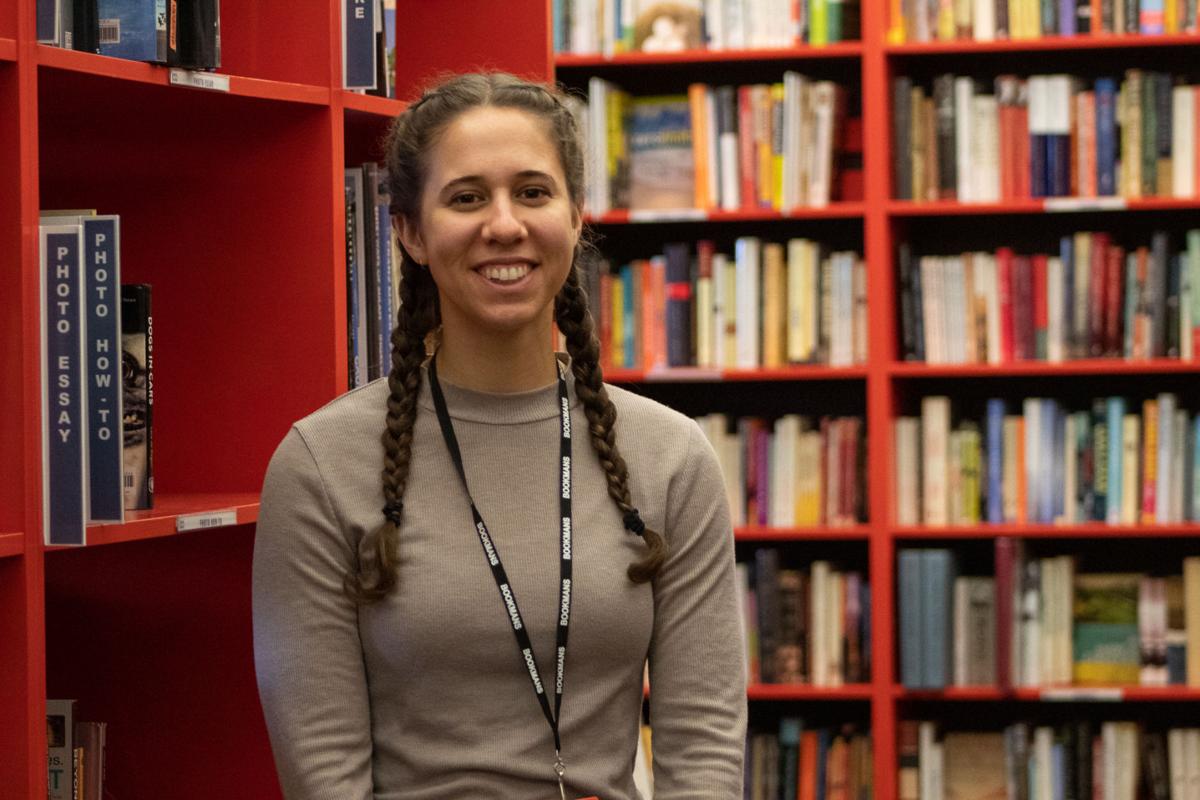 Junior Jessica McCowan is a spring transfer student from Central Queensland University in Australia, who is majoring in biology and working at Bookmans Entertainment Exchange, Jan. 31. 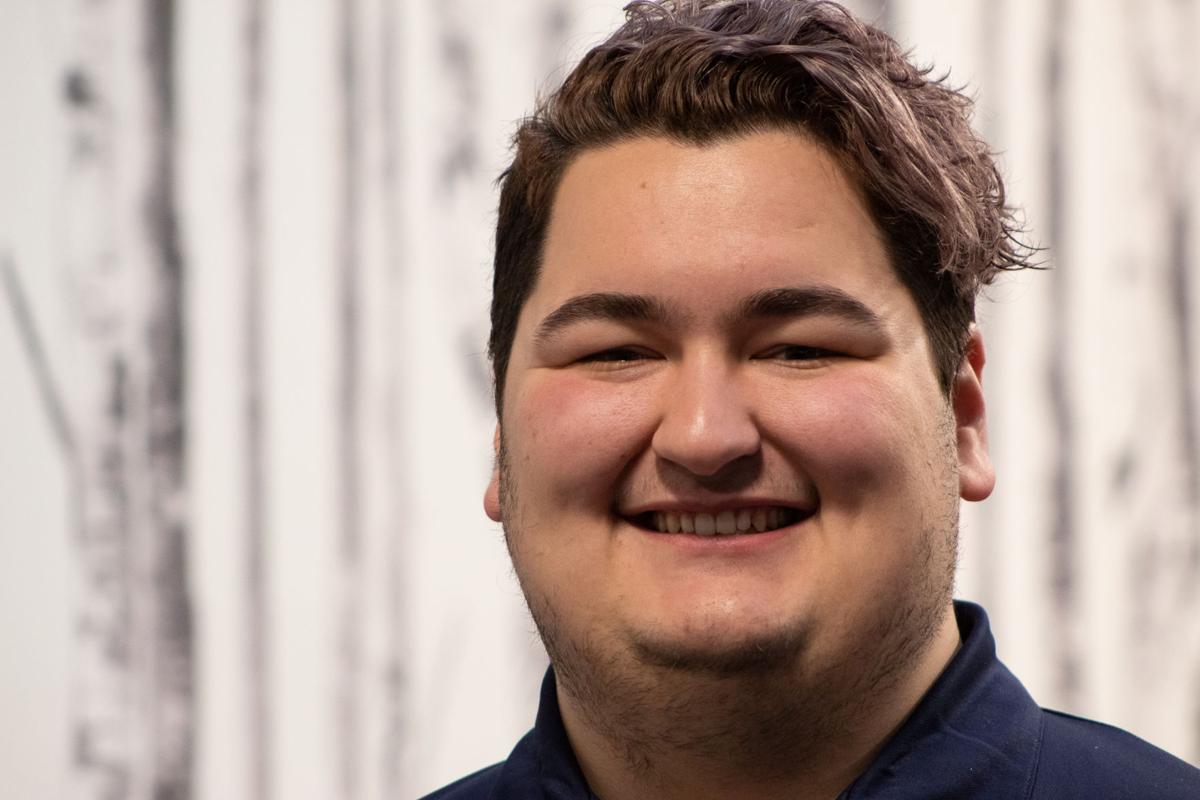 Junior John Maldonado was a spring transfer student from Texas and is now a peer mentor for Transfer and Online Communications, Jan. 31. 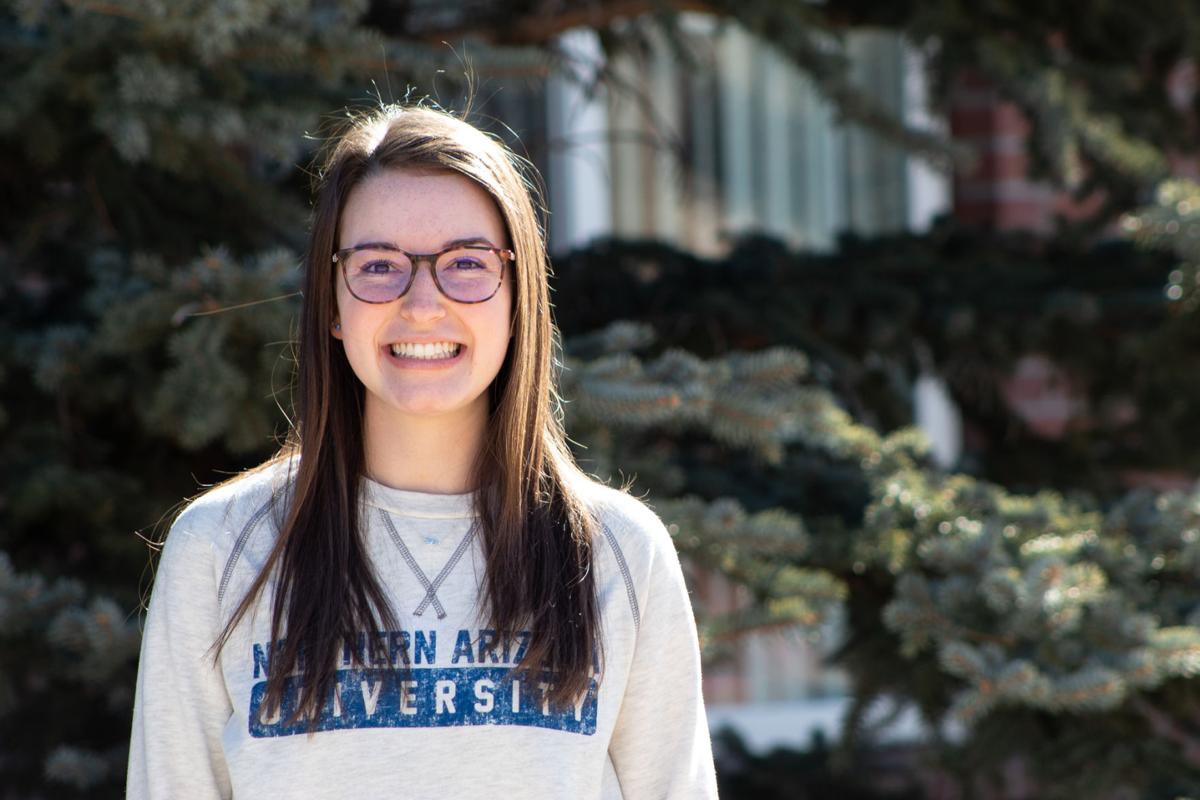 Junior Jessica McCowan is a spring transfer student from Central Queensland University in Australia, who is majoring in biology and working at Bookmans Entertainment Exchange, Jan. 31.

Junior John Maldonado was a spring transfer student from Texas and is now a peer mentor for Transfer and Online Communications, Jan. 31.

Flagstaff is a unique college town with many aspects that transfer students said intrigue them to choose NAU as their home away from home. Some travel far to enjoy features like the mountains, weather and small town vibes. Transferring to NAU in the Spring can be an opportunity for growth, but can also be challenging. Having a resource like the Transfer and Online Connections mentors can help with the adjustment.

Junior Jessica McCowan transferred from Melbourne, Australia where she attended Central Queensland University. She said she chose to transfer to NAU after only visiting the campus for one hour. She said she chose NAU over other schools because of the Flagstaff lifestyle.

"It was a bit of a leap of faith, but I love the mountains, I love the campus, the fresh air," McCowan said. "I love how there are all these trails around, that’s been a really nice thing."

Transferring from out of state, or from out of the country, can be difficult. Finding the resources, though, can help with the changes from the move. McCowan said that for her, the transfer peer mentors from Transfer and Online Connections were a big help in her move to Flagstaff. She said the mentors, along with NAU in general, sets students up for success by providing them resources.

The transfer mentors said they are a resource that helps transfer students learn about other resources around camps. They help transfers get involved around campus and adjust to their new lives at NAU by helping students join clubs, sign up for classes and make sure they are academically on track.

One mentor, junior John Maldonado said in his job, he takes on the role of helping students that are newly transferring to NAU. He explained that the mentor program is the biggest resource for transfer students to take advantage of.

“I was a spring transfer myself and you’re already kind of halfway through the year,” Maldonado said. “In my case not knowing anyone, being a part of the mentor program really helped me find friends and get connected and find a home away from home basically.”

Junior Rachel Dooly transferred from Coeur d’Alene, Idaho where she attended North Idaho College. Transferring in the middle of the school year can be an adventure itself, Dooly said, but she said transferring in the spring was actually easier for her because of the semester schedule that colleges follow.

Dooly also said she transferred here with one of her good friends from home and explained that it was an easier adjustment because she was not alone. Even though a class schedule and transferring with a friend can make it easier to transfer halfway through the year, Dooly said there are other obstacles that come with transferring in the spring semester.

“It’s been pretty interesting, especially with the housing," Dooly said. "That has been one of the most complicated parts about it. We didn’t know where we were going to live until two weeks before we came, that was a little bit stressful.”

In the spring semester, students typically have already lived in Flagstaff for the previous semester and tend to move back into the same dorms or off-campus housing after winter break. Dooly said finding housing can be one of the aspects that make being a spring transfer a little more difficult.

Along with the struggle of finding housing, Maldonado said being introduced to the climate at NAU can be another difficulty spring transfers face. The weather at the beginning of the spring semester can be colder than at the beginning of the fall semester. Whether it is snowing the first week of classes or the sun is shining, weather can be a bit of a challenge depending on where students are originally from.

“I am from Texas, so we don’t get a lot of snow back home and my first semester, the first week we got like five feet of snow," Maldonado said. "It was a lot, but it was super great. I mean, I love the snow. It has a great aesthetic appeal to it.”

McCowan said the cold weather was quite a shock for her and the need for warmer clothes is huge especially when the temperatures drop at night.

Moving to Flagstaff from an area with a colder climate can make the transition easier. Dooly said already having the warmer clothes and knowing how to drive depending on the road conditions can come in handy when planning on going to NAU. She said that coming from an area where the winter brings blizzards and temperatures below zero, Flagstaff could actually be a relief from that type of weather.

“Well it’s beautiful obviously, it’s kind of similar to where I’m from with the mountains and the snow and everything like that, but I love the sunshine," Dooly said. "That is probably one of my favorite things about [Flagstaff] because I am from the Northwest area where the sun does not shine there very often, especially in winter. You see it a few times and you’re like basking in it. I love that it’s sunny most of the time here.”

“Get involved, is what everyone is telling me and I think that is really smart,” McCowan said.

She said taking the advice of the mentors is key as they introduce some valuable resources to transfer students who might not have otherwise known. Being able to access resources is one of the helpful tools that makes the adjustment to NAU a little easier.

Transfer mentors said they reach out to new transfer students at the beginning of the semester to find out if the they need any help before classes start.

Along with learning from transfer mentors, McCowan said taking advice from prior transfer students, like herself and Dooly, helps with the adjustment as well.

“Do your best to get into contact with the transfer advisors and your advisor," Dooly said. "Do that as soon as you can so that you can figure out how your credits are going to transfer so you’re not stressed about that."

Transfers said the best thing to do is take advantage of the mentor program. Being able to meet with mentors at least once a month benefits them in a way that helps the students do the best they can for their future at NAU. Maldonado said whenever in doubt, meet with the mentors, it is their job.