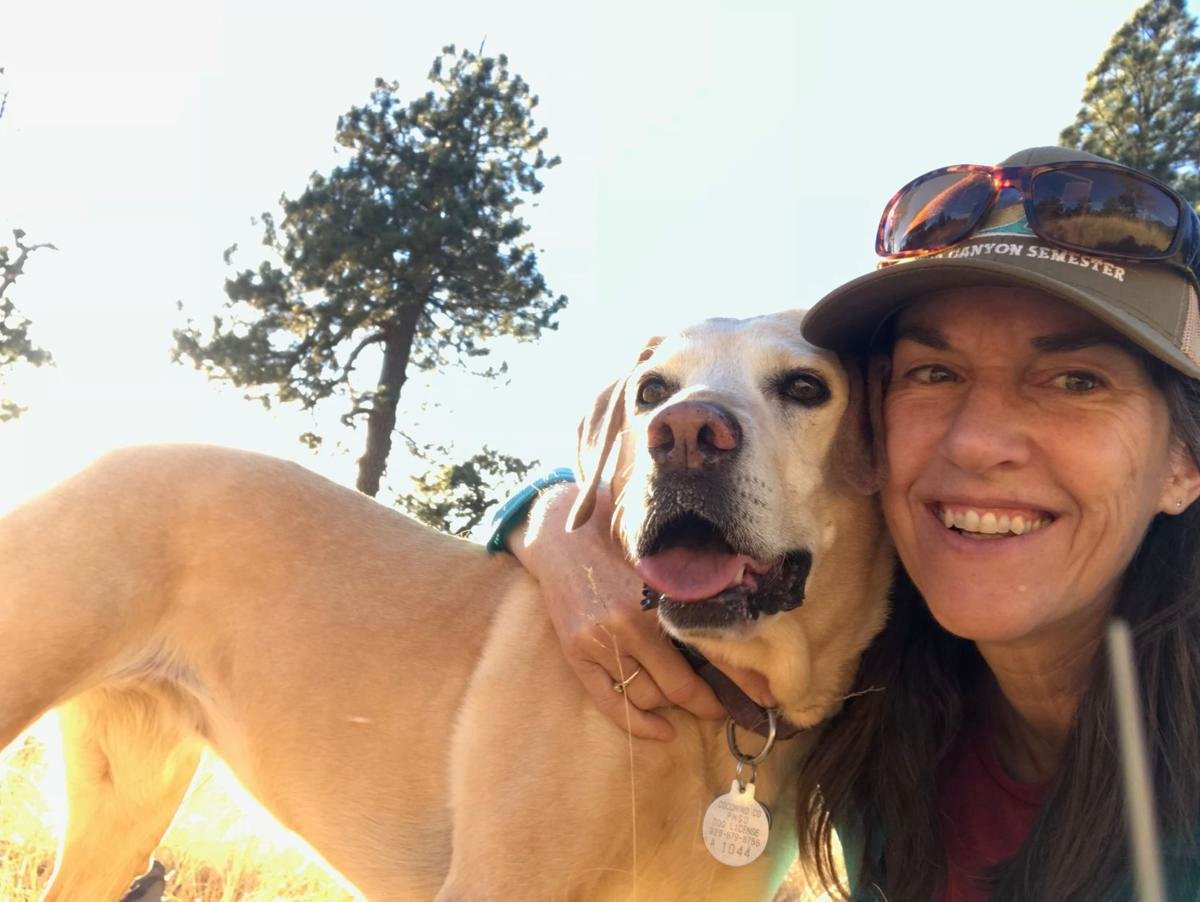 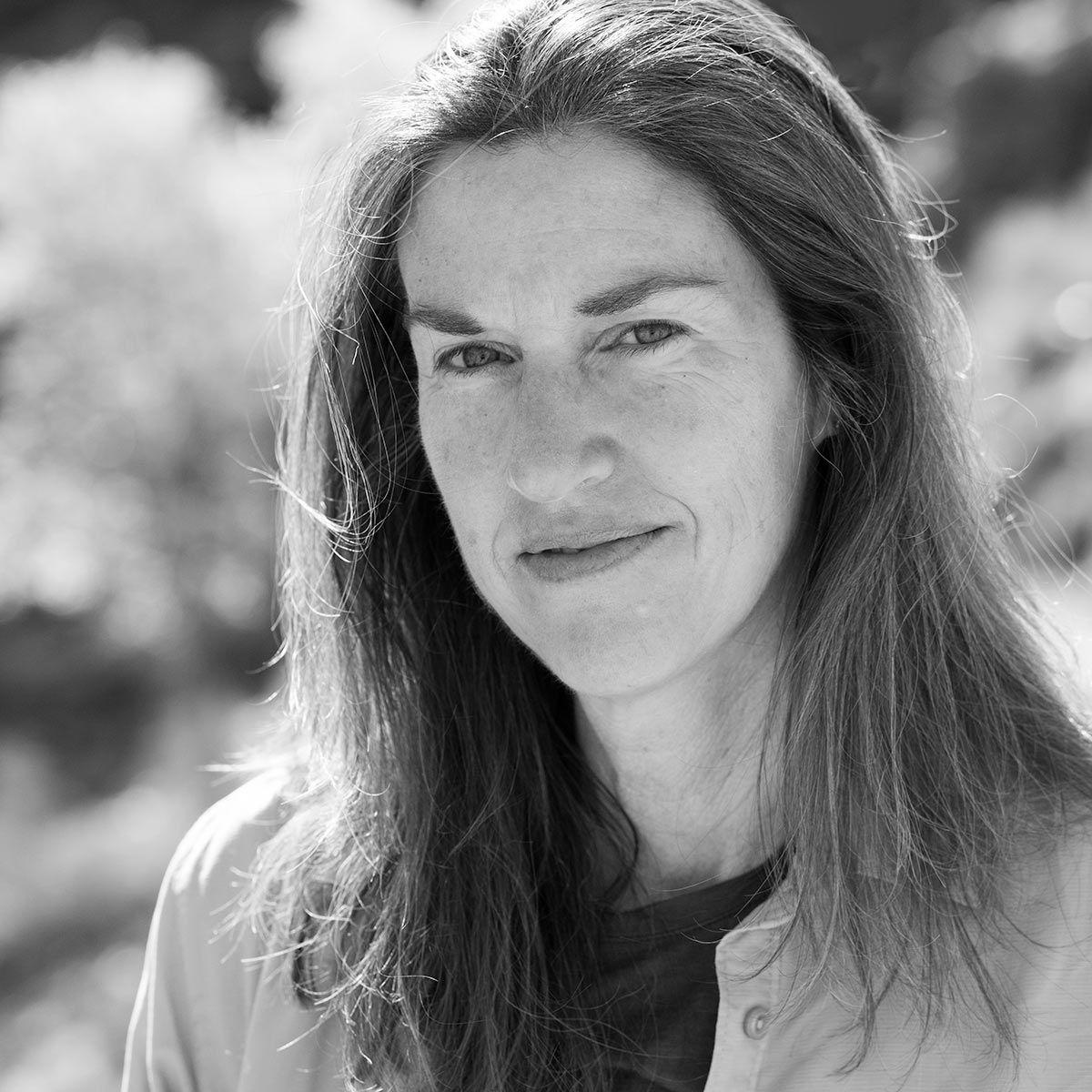 On top of being an award-winning journalist and author, senior lecturer Annette McGivney has spent the last 18 years teaching in NAU’s School of Communication. Many agree that a teacher’s impact on a student lasts a lifetime, but as the journalism instructor announced her retirement at the end of the spring 2020 semester, students, colleagues and friends began to reflect on McGivney’s NAU legacy.

With McGivney’s publications in Backpacker, Outside, The New York Times Magazine, The Los Angeles Times and more, associate professor Mary Tolan said McGivney’s specialty is outdoor journalism. McGivney has also published numerous books, including “Pure Land: A True Story of Three Lives, Three Cultures, and the Search for Heaven on Earth.” Before coming to NAU, McGivney spent her adult life working as a writer.

“She’s an excellent journalist,” Tolan said. “She’s not afraid of difficult topics to report on. She’s a good example for students and friends.”

NAU alumna Ashley Besing graduated with a Bachelor of Science in journalism and worked as the copy chief of The Lumberjack while McGivney was the faculty adviser. Besing said McGivney’s professional accomplishments made it evident that she is more than just a professor.

“Her writing taught me that journalism is so much more important than just a 300-word breaking news story,” Besing said. “Though those stories are undoubtedly important, "Pure Land" proves that even long-form pieces written in a narrative style are possible underneath the umbrella of journalism. That book left a lasting impression on me. It showed me that journalism is more than hard-hitting ledes and fast facts, it’s also the ability to tell true stories in a beautiful and descriptive way.”

In addition to continuing to create award-winning journalism and nonfiction writing, McGivney also worked for 18 years to spread her knowledge to the next generation of journalists.

In 2002, McGivney began working as a journalism instructor to financially support herself and her son. She said working as a freelance writer in Flagstaff hadn’t brought in enough money, so she pursued a job at NAU. After a while, the position became more than just a job.

“I started teaching at a practical level to get my son through childhood and college, and I did, but I got so much more out of the job and I’m so grateful,” McGivney said.

In the beginning, McGivney said teaching college students was intimidating because she hadn’t taught a class in her life before. McGivney said universities hire people because they are experts in their fields, not because they have teaching experience. The lecturer said after settling into the process of teaching over a couple of years, she felt more comfortable and ultimately loved teaching.

Besing described McGivney’s classes as functioning with more open discussion than a lecture. She said the discussion environment McGivney created made students feel comfortable and as though their questions were valid and their opinions mattered. Besing said that style of teaching made it easier for her to learn and be engaged.

That comfortable, productive space in McGivney’s classroom, to Besing, was created in part due to McGivney’s character, which made her approachable to students seeking help outside of class.

“She is so kind, empathetic, understanding and, of course, extremely talented and knowledgeable in her field,” Besing said. “She was very much a mentor and friend to me — I felt comfortable going to her for any kind of advice. As a writer, it’s such a vulnerable and nerve-wracking experience for someone to critique your work, but with Annette, I always felt comfortable.”

Journalism lecturer Rory Faust said McGivney’s love of teaching became apparent in the professionality of her classroom. He said McGivney wants to see her students succeed and it shows in how she treats them like professional journalists rather than simply students.

“For her to be able to teach and use her knowledge that she’s gained in her professional work and apply that in the classroom, and I know from talking to students over the years, that’s something that they’ve really enjoyed, is Annette bringing the whole professional experience into the classroom and allowing them to benefit,” Faust said.

When students get a taste of the real world in their studies, Faust said it helps them decide what they actually want to do in their careers and helps to better prepare them for those careers.

McGivney said she could not imagine teaching journalism without actually practicing it. Instead of using textbooks in her courses, McGivney brings in stories she has written and edited and walks her students through her processes. She said that real-world training shows students what is happening now in the journalism industry.

“I think it’s very powerful for the students to see that I’m not someone who was a journalist 30 years ago," McGivney said. "I’m a journalist now and it seems like they are very engaged when they realize that what I’m telling them is happening.”

With a focus on teaching using her own experiences as a journalist, McGivney said she is reminded why she loves journalism and how seeing her students grow as journalists are so rewarding.

“A lot of students I taught back in the early 2000s are now well-established in their careers, and I’m so grateful to have been a part of that in their early lives in journalism and see them grow into their careers over the last 15 years,” McGivney said.

For a cumulative of five years throughout her teaching career, McGivney also worked as the faculty adviser for The Lumberjack. Faust said that similarly to her courses, McGivney took a professional approach to the student-run newspaper. He said that to her, The Lumberjack was never just a campus newspaper but more of an important community newspaper.

McGivney said working at The Lumberjack had brought along her most memorable moments of NAU. McGivney said advising The Lumberjack brought about some of her greatest moments while working at the university. She fondly recalled scrambling to put together the paper in time, brainstorming the most awesome headlines or spending late nights in the Media Innovation Center (MIC), formerly known as the Student Media Center (SMC) before the fall 2017 semester.

Besing said McGivney’s leadership as an adviser for The Lumberjack did not go unappreciated as she helped students feel prepared for future journalism jobs. The Besing said she graduated feeling like she had the experience she needed to be a journalist largely because of McGivney’s mentorship.

“Annette was the perfect adviser for The Lumberjack, and she was just that — an adviser,” Besing said. “She would guide us in everything it takes to run a newspaper — leadership, editing and writing — but she ultimately left a lot of the major decisions up to the students, making it a truly student-led newspaper. She fully trusted me and everyone else on the editorial board to efficiently run The Lumberjack by ourselves. That doesn’t mean she wasn’t present, however. She spent many late nights in the SMC helping us prepare and she edited everything that we printed.”

Working at NAU was often more than a full-time position for McGivney as teaching can be for many. Work can find its way into one’s personal life and the late nights McGivney spent in the MIC working with The Lumberjack’s staff would cut into her family time.

“When my son was little, and I was The Lumberjack’s adviser, we’d put a sleeping bag underneath the desks in the SMC,” McGivney said. “Basically, I was having to put the paper to bed and my son at the same time. So, he would sleep under the desks and sometimes he would sleep in the conference room.”

Tolan said the moments that demonstrated McGivney’s dedication alongside her productiveness within her own career established such respect among students and faculty. She said McGivney brings aggressive reporting and incredible storytelling skills to the journalism department.

Faust agreed that McGivney is well-respected by her colleagues, especially when sharing ideas at department meetings.

“She is always very measured in her responses and she is very thoughtful,” Faust said. “When Annette would speak up, everyone would just kind of stop and listen to what she had to say because we knew that whatever she said, she put a lot of thought into.”

Working within the journalism department fostered many friendships between McGivney and other faculty. McGivney said she will stay in touch with those friends forever. As students came and went, there was less fluctuation with faculty, allowing for journalism instructors to witness each other’s long-term growth. Throughout her time at NAU, McGivney said she has enjoyed witnessing growth all around her.

“My son has grown up during the time that I’ve taught at NAU,” McGivney said. “Personally, I’ve been able to enjoy him growing up and also be like a parent to all these kids and to see them all grow. ... So, for me, it’s also healthy to grow as a person. It’s healthy for me to grow my level of compassion and understanding and my own love of writing just by seeing it in other young people.”

Despite her personal growth at NAU and love of witnessing growth in her students, McGivney said she is now deciding to retire so she can focus on growing within her independent writing career. She said she does not have time to give as much attention as she’d like to her own writing while teaching.

Throughout the entirety of her time at NAU, McGivney said she had to balance her life as a teacher, as a journalist, as a writer and as a mother. She also said that because she’s a lecturer, she cannot receive the time or funding from NAU through tenure or sabbatical to focus on her own writing. Due to this, McGivney wasn’t granted enough time to focus on her personal professional goals within journalism and nonfiction writing.

Now that her son has graduated from college, McGivney can finally dedicate her time to focusing on her writing after retirement.

“I’m retiring early, I’m 58,” McGivney said. “It’s just so that I can devote my professional life to writing, which I’ve done my entire adult life, but I’ve just had to juggle it with other jobs. So, this has been a dream of mine and I’m so glad I can do it."

McGivney said that despite having to make sacrifices such as leaving NAU and Flagstaff, it is worth it to her because now, she will be able to get the most out of her life.

With the news of her leaving, journalism faculty expressed that they are sad to see McGivney go, but are excited for her new opportunities in writing.

“I’m excited for her to move onto this next stage where she really gets to focus on doing all these projects that she’s never had the chance to get to because of all the responsibilities as a faculty member,” Faust said.

Though Faust also said McGivney will leave a legacy at NAU in that her passion for her students and the work she did establishing a professional outlook within The Lumberjack has and will live on.

Besing agreed that McGivney had a lasting impression on her students, including herself because she cared so deeply for her students and really invested in them. She said that when she got her first journalism position post-graduation, McGivney was the first person she told.

“I know Annette has left a lasting impression on me and many others,” Besing said. “She will be remembered as someone who truly cared about the journalism department, The Lumberjack and each one of her students. She was instrumental in making the journalism department into what it is today, and NAU is truly lucky to have had her. After all of her hard work, I hope she enjoys her well-deserved retirement. I’m fortunate to have had her as my professor, mentor and friend.”