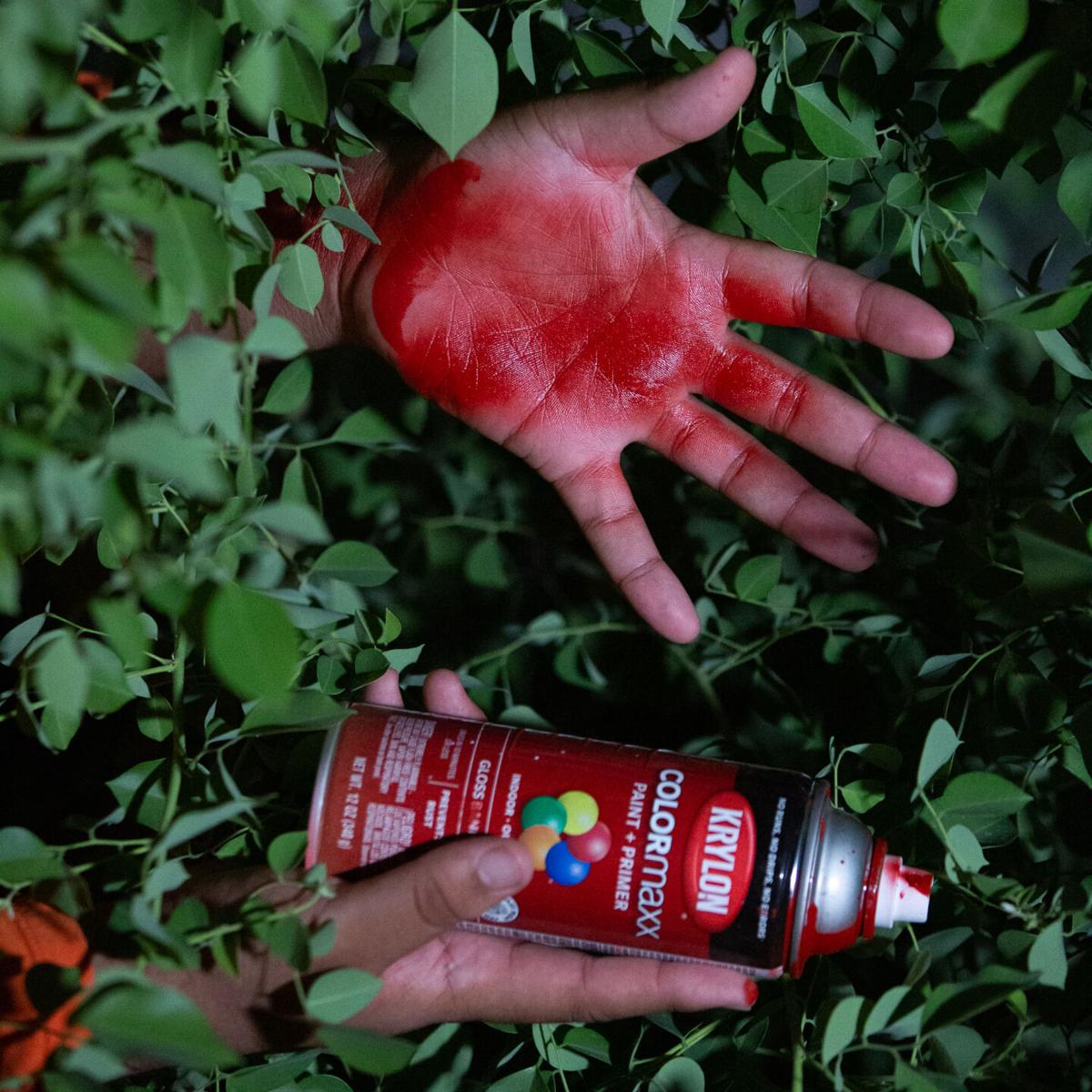 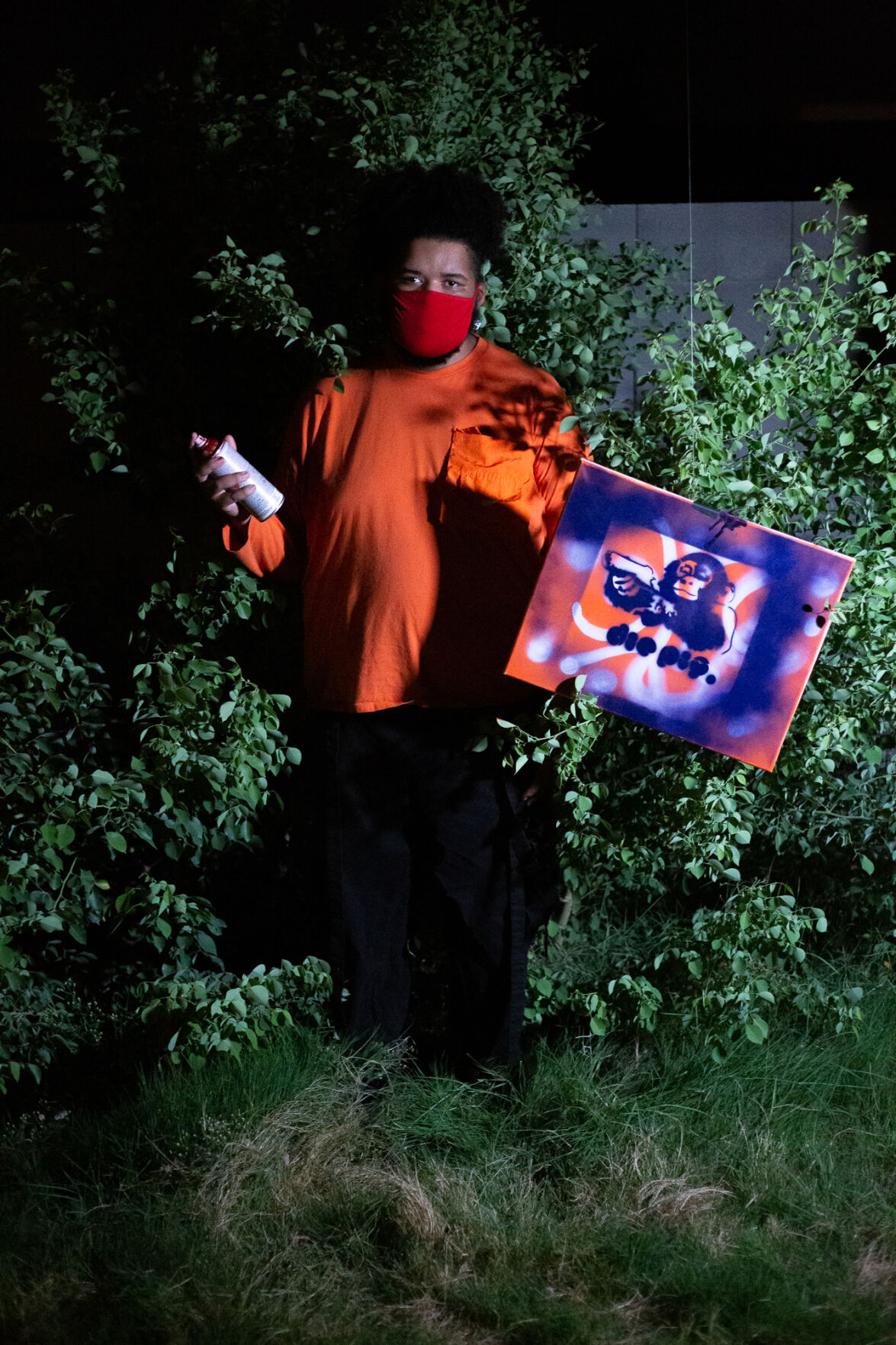 Amid a formidable presidential election, the COVID-19 pandemic and the height of the Black Lives Matter (BLM)movement, those living through 2020 are no stranger to activism. In the mainstream, activism can take shape through petitioning, protesting and political campaigning. However, art is a form of protest that has the potential to be altogether more captivating and emotional.

Neal Galloway, a lecturer within NAU’s School of Art, defined activism as something that incorporates one’s strengths in order to make a difference.

“Activism is using your skills and actions in order to achieve positive change in the world,” Galloway said. “Activism almost always pushes against some other social, political or legal force which perpetuates or causes social problems.”

By Galloway’s definition, art can be activism, especially if that is what the creator intended. While art can be activism, he said it doesn’t always have to be. However, Galloway mentioned that oftentimes, even if a work of art is not intended for activism purposes, if an audience interprets the piece as activism, it can still serve as such.

Ted Martinez is a senior lecturer at NAU’s Honors College and is the managing editor for Carbon Copy, a Flagstaff-based literary journal specializing in climate activism. He explained that local activism artist, Chip Thomas, or Jetsonorama has been creating popular pieces commenting on current events. Thomas is a Black muralist living on the Navajo Nation whose pieces, rich with social commentary, exist on billboards and on the side of buildings in order to reach vast audiences. According to Thomas’ website, much of his recent art reflects the Navajo Nation’s struggle with the COVID-19 pandemic.

“Artists help us see society through the lens of their work,” Martinez said. “They can create anything from the sublime to the critical and both can exist at once. They are not exclusive.”

Thomas’ art invites society to see through the lens of his murals, whereas other artists might approach activism through different mediums. For example, NAU English professor Monica Brown highlighted writers, such as Louise Erdrich, Luis Valdez and Frederick Douglass, who used literature as the medium for their activism.

“If we think of activism as strong, dynamic and robust work toward social and political change, then history is filled with writer-activists,” Brown said. “The brilliant Frederick Douglass wrote ‘Narrative of the Life of Frederick Douglass’ at great risk, and in support of the movement to abolish slavery.”

However, depending on the medium of the art, Galloway explained that the effectiveness of its activism might vary. He said the forms and media of an artwork have a huge effect on how audiences construe its message. For example, a particular generation might consume one type of medium more than others, like how older people tend to not listen to much rap music. Thus, the message might not reach that generation because they are not coming across much within the media they feel aren’t geared toward them.

Additionally, Galloway mentioned that there are pros and cons to working within particular methods and media. He explained that traditional art mediums, such as painting and literature, might be taken more seriously as art compared to nontraditional or newer media, such as internet art. However, Galloway also explained that newer and more unconventional media might be more productive in challenging the systems activism aims to disrupt compared to traditional mediums.

Regardless of medium, Galloway explained that it can be difficult to determine the effectiveness of activism art, like many other forms of activism. He said that one activist action rarely directly results in the change it pursues.

“It takes a great many actions, artworks and the like, which swell all together to break past or overflow long-established conventions and barriers to equality and to instigate change,” Galloway said.

Though even when creating single works of art, activism artists have uniquely powerful tools that are useful in conveying their message, Galloway explained. Artists have devices, such as metaphors, symbolism and emotion at their disposal. Galloway said such devices are important ways in which humans make decisions and process the world, and because of this, activism art that involves those elements can be more effective in moving their audiences.

Devices like metaphors, symbolism and especially emotion, can be key in what Martinez described as the goal of an activism artist.

“The goal of an activist-artist should be to move the viewer from casual observer to active participant,” Martinez said.

Such movement toward action comes from the involvement of humanity: the emotions, processes and values of people. Galloway said this humanity is what gives artistic activism the upper hand compared to utilizing science and facts regarding effectiveness. He explained that while science is naturally important for building knowledge and presenting facts, a human audience might respond better to the humanity within art.

“Science and facts can sometimes fall short when you are attempting to access people’s hearts,” Galloway said. “That is the place where art can be a powerful force.”

Thus, among the most effective examples of activism art pieces are ones that make its audience feel something profound and encourage them to take action. If their work sparks action, then the artist achieved what Martinez described as the goal of an activism artist.

However, Galloway explained that another challenge to the effectiveness of activism art involves the artist’s sensitivity to the points of view and realities of those who might consume it.

“Art that only speaks to those who already agree with its message is limited,” Galloway said. “You need to find a way of connecting with and accessing those who oppose your point of view.”

So, Galloway said artists must not only be incredibly informed and compassionate, but also willing to shift their points of view to address misinterpretation or the potential exploitation of vulnerable populations.

“You need to be aware of your place in the conversation,” Galloway said. “For instance, if you are creating artwork on racial justice, your racial identity and experience will matter in the artwork you are making. An acknowledgment and sensitivity to this identity is important.”

Fostering such awareness can be difficult, but Galloway explained it is necessary to an activism artist. Whether it is necessary for all artists is more or less up in the air.

While many might believe that it is an artist’s duty to create activism art, Martinez and Galloway said it is up to the artist whether they want to use their talents for activism.

“Artists can use their platform to do anything or nothing, it’s their choice,” Martinez said.

Galloway said he thinks what an artist does with their skill and platform depends on their personal convictions and intentions. He explained that one of his professors said that every person must find the intersection of their talents and the needs of the world.

“Art is an amazing way to speak up and you could argue that if your skills lie with art-making, you have a social or moral obligation to use those skills to better the world,” Galloway said. “Of course, art is not the only way to make a difference.”

Additionally, Galloway explained that it is also more than acceptable for an artist to use art in whatever way they want, whether that be personal therapy, as an educational tool, as meditation or for activism.

For artists who intend to use their skill and platform for activism, there are resources available through The Center for Artistic Activism. According to the organization’s website, it aims to transform the practices of art and activism by using the best of each in order to bring about social change. Now, the organization is helping activism artists by funding political and COVID-19 related projects. Resources for artists can be found here.

As the world faces social, political and environmental tensions throughout 2020, activism will exist in many shapes, sizes and mediums. Professionals insist art has the power to move audiences to make a difference.