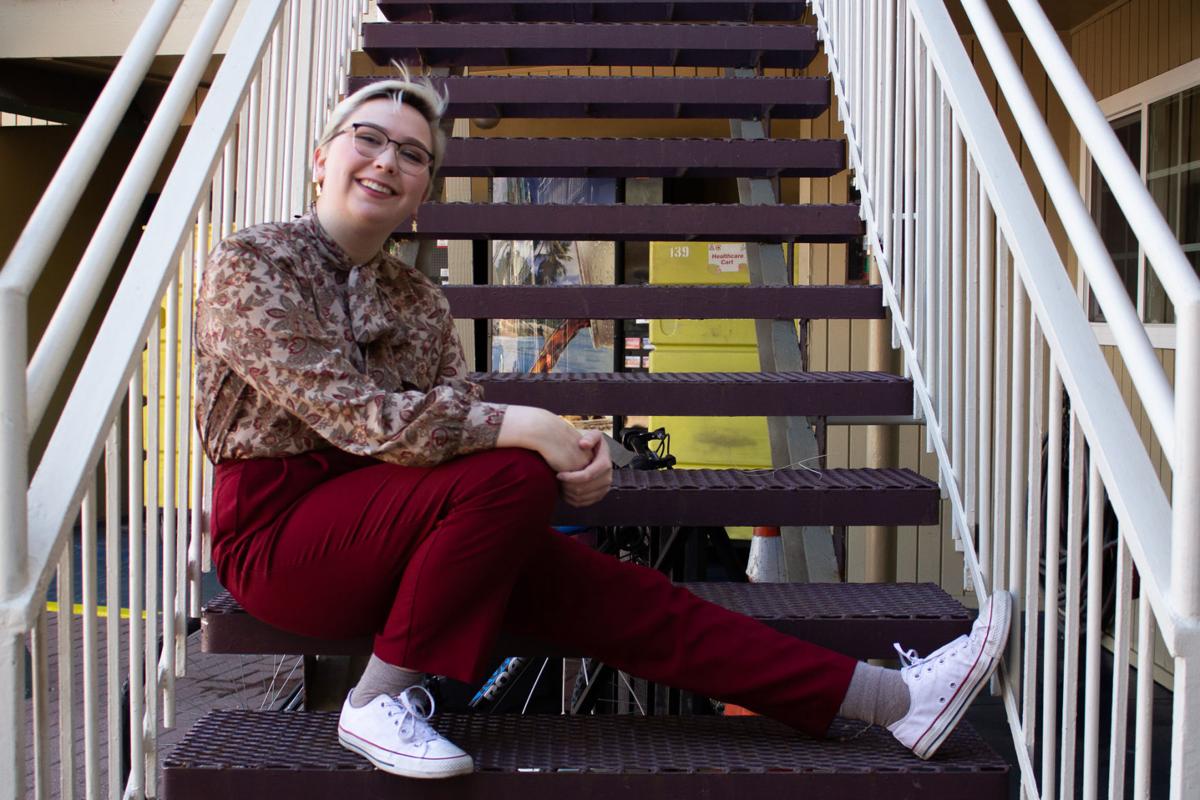 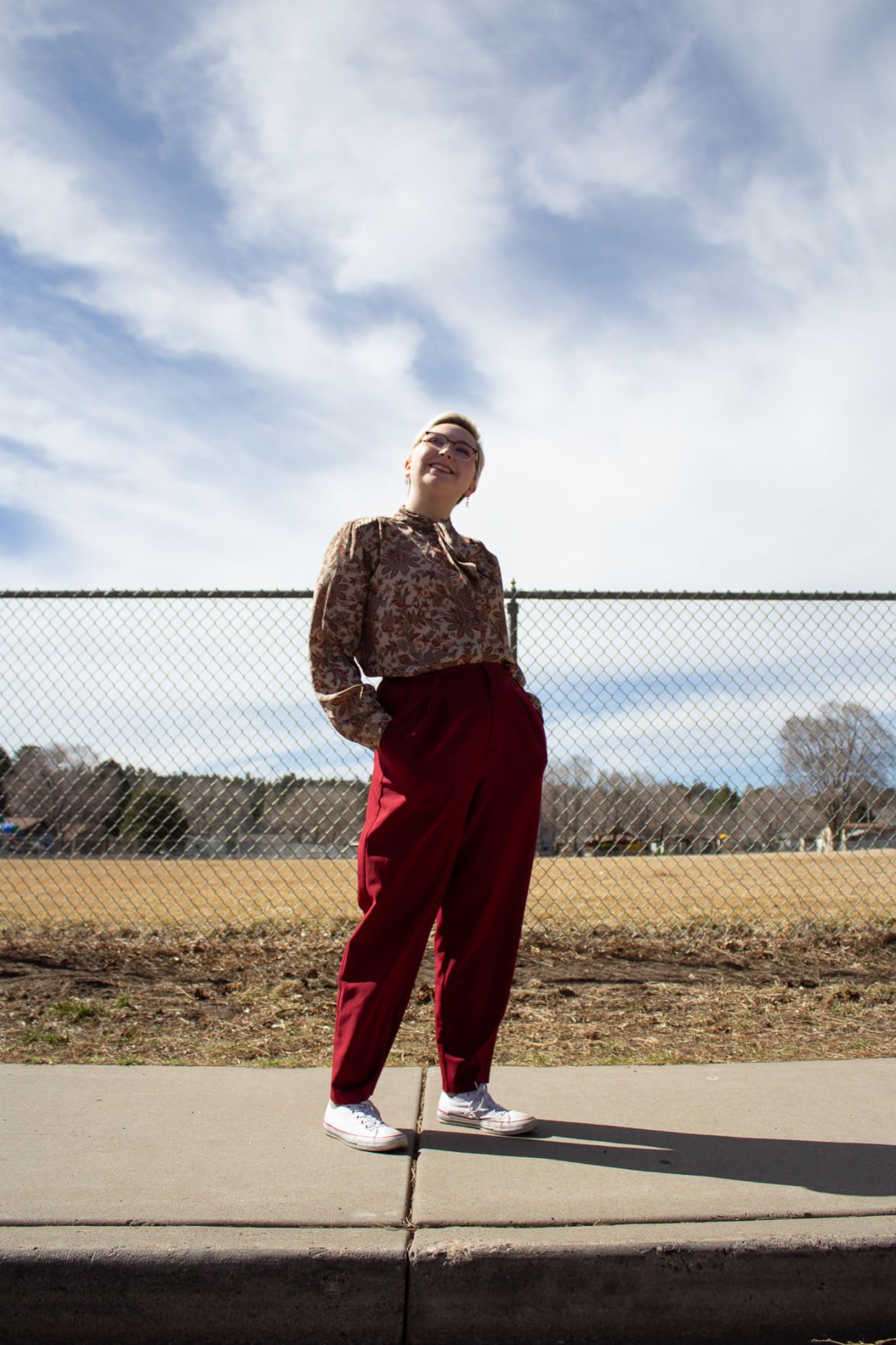 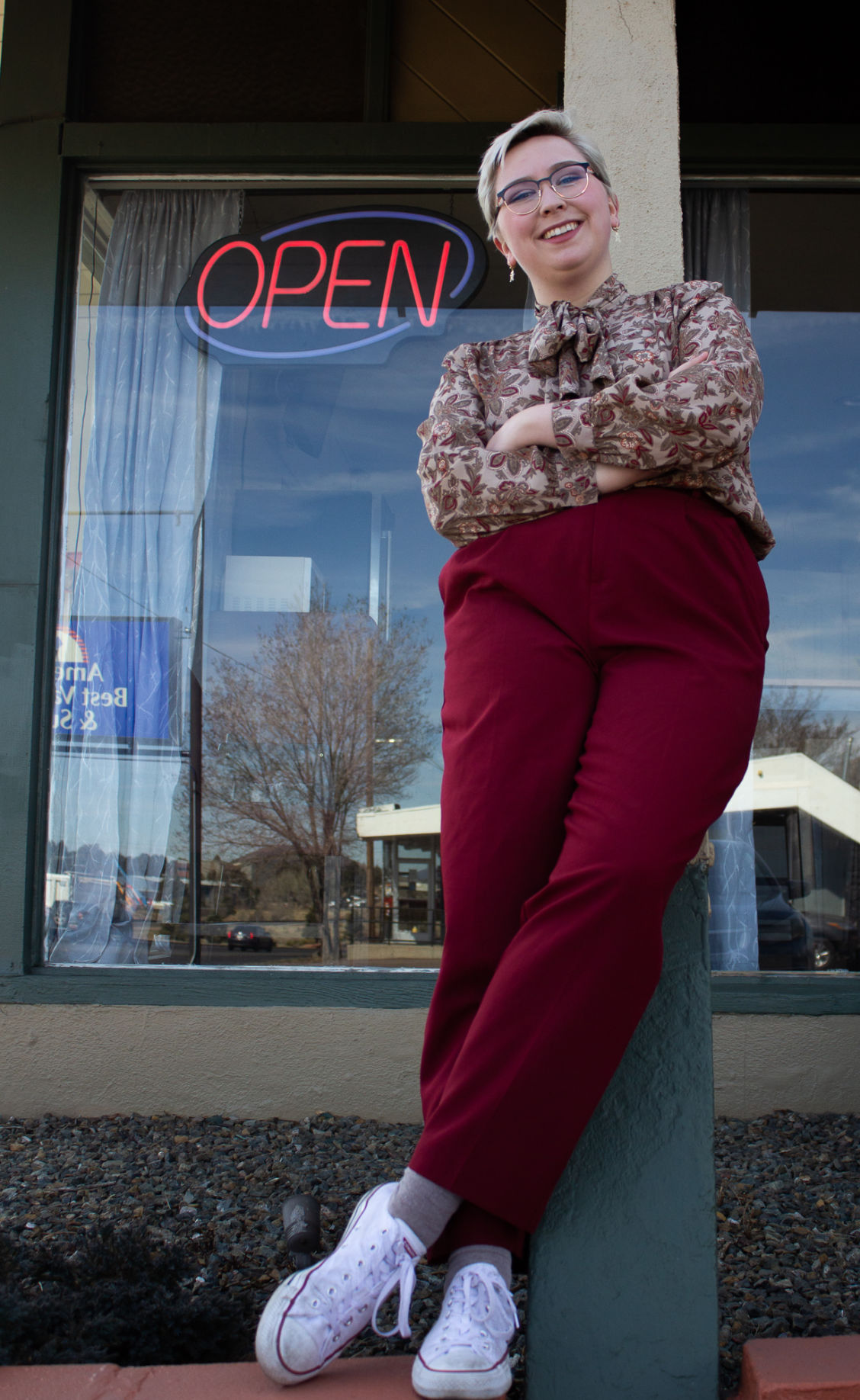 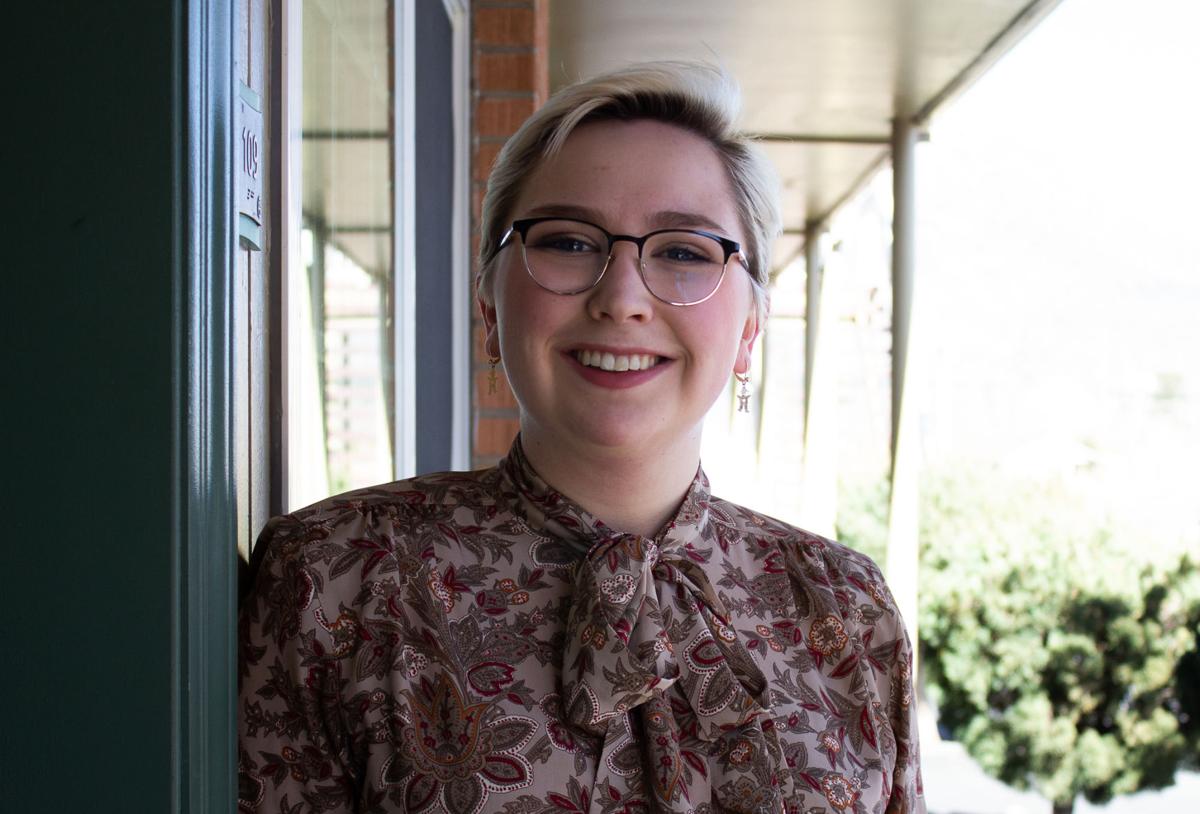 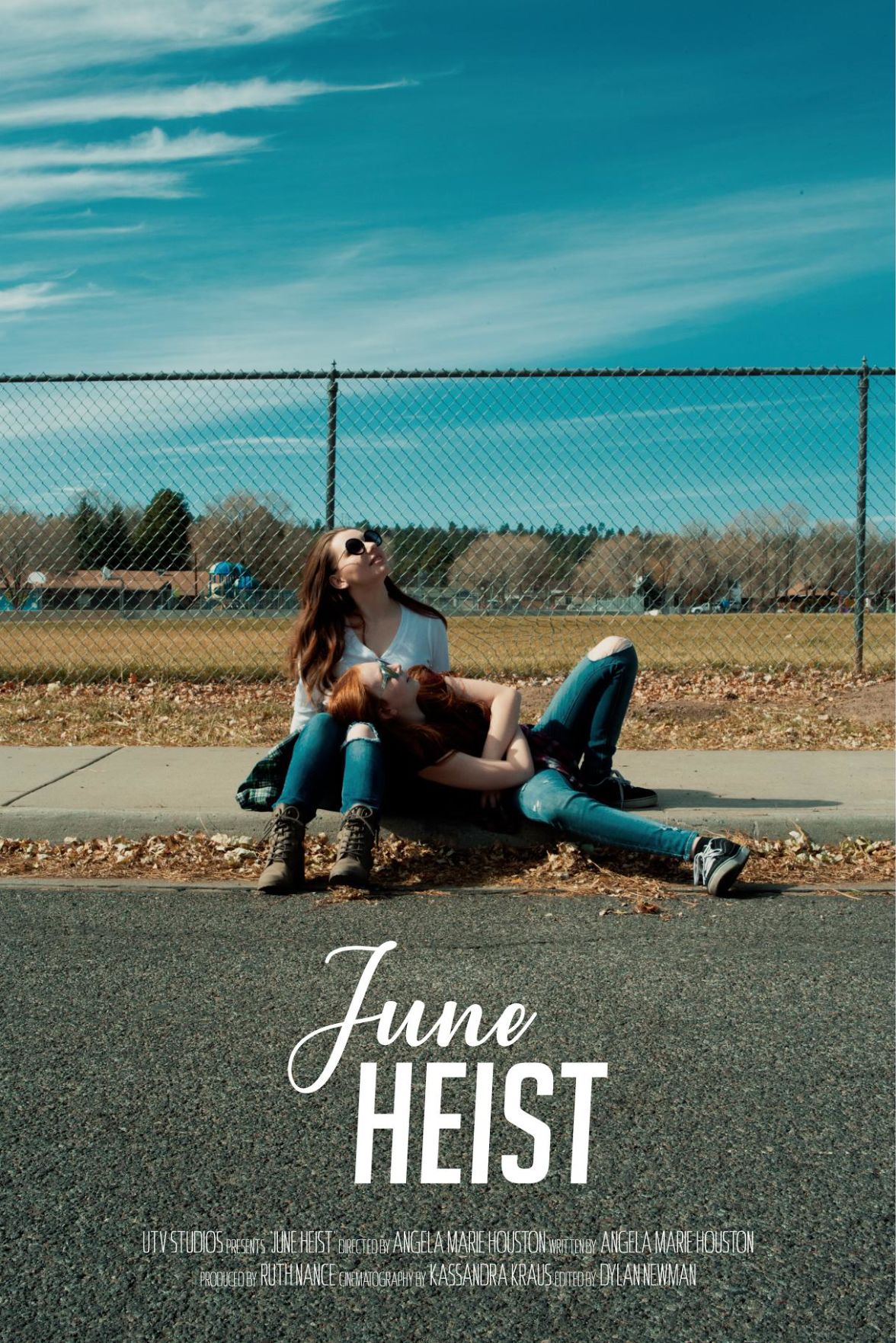 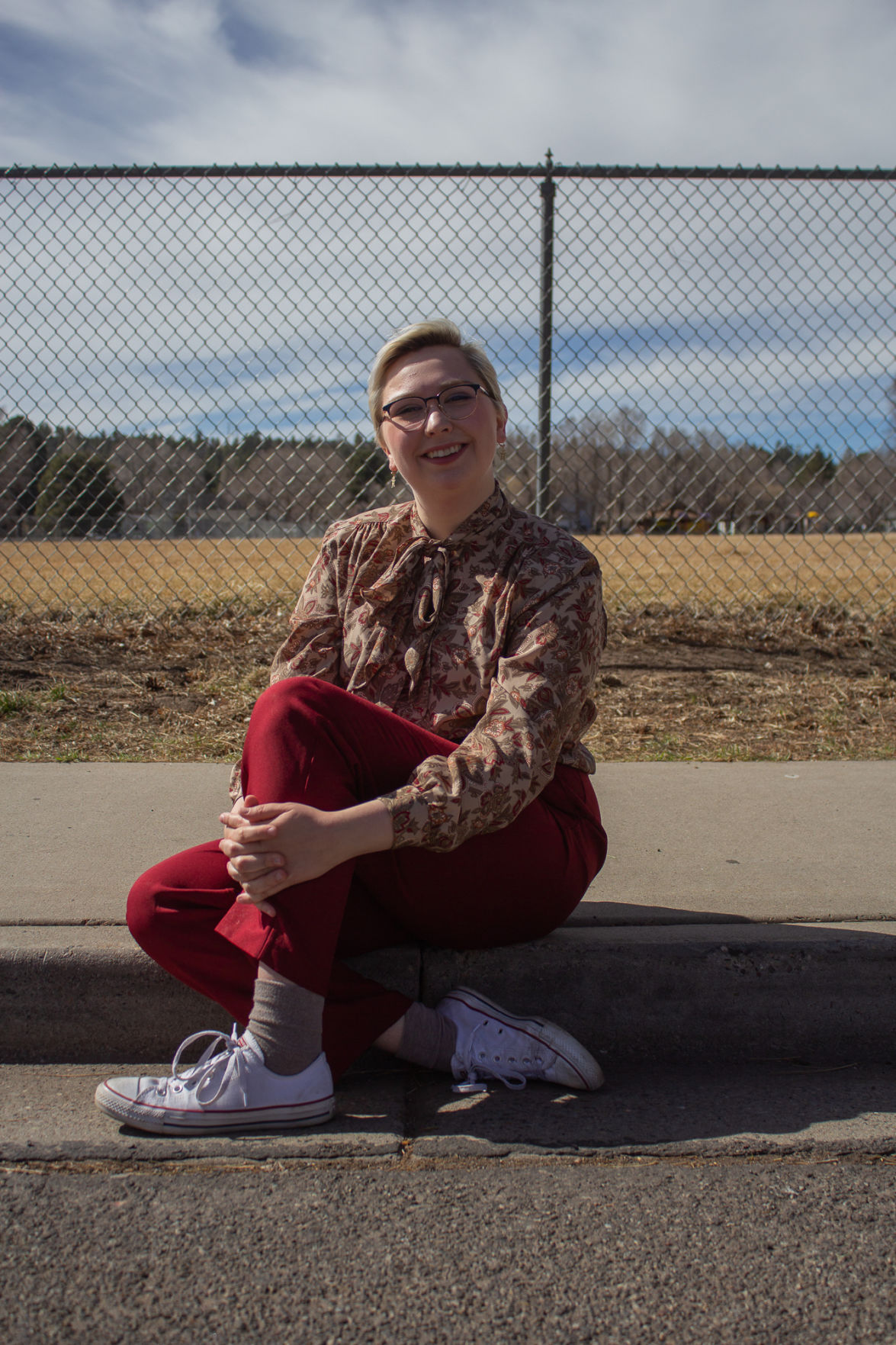 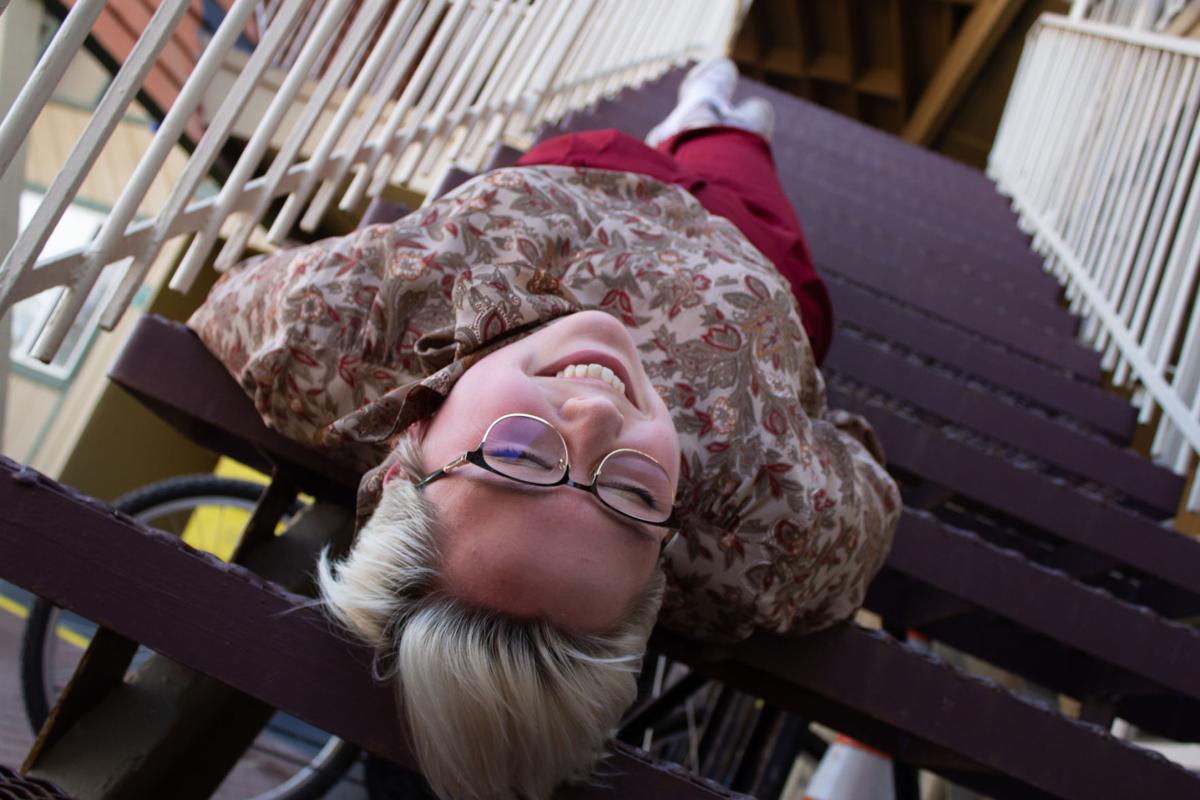 When junior Angela Marie Houston, a creative media and film major, was 9 years old, she begged her parents for a “Pirates of the Caribbean” camcorder that could record 30 minutes of video for Christmas. Instead, she got a flip camera that could record 60 minutes.

While it was no “Pirates of the Caribbean” camcorder, Houston said she was at that age when she began making videos. From stop motion videos in her room to short movies in high school, it was always Houston and her camera — a possible foreshadowing of what was ahead.

One of her first classes her freshman year of college was CMF 129: Beginning Screenwriting. In that class, Houston said students were assigned to write a screenplay based on an adjective they drew out of a hat.

The idea of “June Heist” came to Houston while sitting in her dorm laundry room during her freshman year. Houston said an image popped into her head and she envisioned a woman in the laundry room.

“I saw it all in my brain and I thought that’s really interesting, I wonder who this is,” Houston said. “So, then I jotted it down on my phone and started writing, and it kind of spiraled from there.”

“June Heist,” presented by UTV Studios and written and directed by Houston, is the story of a single mother, June, as she battles the effects of poverty while fighting for her daughter’s happiness. For Houston, June thirsts for the opportunity to escape an overwhelming sense of financial turmoil, while caring for her daughter, Olivia, and trying to create a better life for both of them.

Houston said the inspiration for this short film came from stories told by others, as well as pieces of her personal life, including being raised by her single mom.

“The single motherhood came from my mom,” Houston said. “I do know a lot of people who have single moms. I think it’s important to have some sort of light in the cinema about it. As long as it’s not a straight white man as the main character. We could do so many more different things.”

The producer of “June Heist,” sophomore Ruth Nance, said she was raised by a single mother. Nance said Houston’s script reminded her of her mother and the struggles she endured.

“The first thing that intrigued me about the script was the female empowerment,” Nance said. “I believe UTV has had only one other short with a female lead. I thought that Angie’s script was different than anything else UTV had produced and I was eager to be a part of that change.”

UTV faculty adviser Bill Carter has known Houston for two years. Carter said when Houston first handed him the script during the scriptwriting process, the two went back and forth in long, creative talks about what Houston wanted to achieve with the story.

When it comes to directing and writing a film, Houston said the first part of creativity is letting oneself have the time to think about it. Even though thinking isn’t a physical act, it’s the most important part of everything that is being done.

Actor and NAU alumna Alaina Laethem, who played June in the film, first met Houston at auditions. Laethem said one of her favorite moments on set was being surrounded by creative individuals who pushed themselves toward success.

“They did not show up to be mediocre,” Laethem said.

Carter said many qualities go into being a director, including communication, artistic vision, listening, having a clear sense of the story, and how the characters in the script are rooted in tangible actions and behaviors in a scene.

As a result of creating this film, Houston said she grew a lot as a director. She experienced what it felt like to make mistakes and fix them, and that it all came with the process of being a director.

Houston said that when directing, the most important quality is collaboration. She said there are many brains in a room, and a director’s job is to use them. Essentially, collaboration is about having a team that can take advice from one another in a civil manner.

“June Heist” was filmed in six, 12-hour days. Houston said the process was very draining, but filming gave her such a rush that the thought of going to bed was put toward the back of her mind. She said passion is what drives an individual to wake up the next morning to go to set.

“You do it because you love it,” Houston said. “You love it so much, with a burning passion, that you can’t think about anything else. It’s so great.”

Houston said her creativity is going to keep changing and merging styles in the future. She said that every day presents new opportunities to discover and learn. Creativity is a trait that many college students are trying to find. A campus environment is about trying to find what defines a person’s creativity, specifically their voice.

Carter said it is a fantastic testimony to how hard Houston and her crew worked to make a film that can be featured at film festivals.

“UTV Studios always hopes that our films will make it into as many festivals as possible,” Carter said. “Angie wrapped a film in late November of 2019 and by January, it was at a festival. We can’t ask for a bigger endorsement of our CMF program or what our students in UTV are doing.”

Laethem said the film receiving such awards is a milestone and a validating symbol. She said that hard work was noted, appreciated and in one way or another, very much celebrated.

Having the UTV community to support her creativity was Houston’s favorite memory of being a director. Houston said having her crew work alongside her allowed her to have the space to be creative.

At her audition, Laethem said her first impression of Houston was her unbelievable amount of energy. Laethem said Houston’s willingness to write something, but then give up that control to actors to interpret her work, was an incredible experience.

“This is a woman that is to be reckoned with and I cannot wait to see what she produces, and how her identity and thought process matures,” Laethem said. “She has such a creative caliber that is just out of this world. I would say that she is in one word: unstoppable.”

“June Heist” is set to be featured at the Phoenix Film Festival, which begins March 26, where it will be screened to the public. Houston said it’s an honor to attend the Phoenix Film Festival with “June Heist.” She said the honor would not be in winning anything, but getting to be screened with other artists who are also passionate about what they do.

Those involved in creating “June Heist” resolved that when it comes to creativity, there are no limits. What is imagined can be possible. The short film displayed how diverse minds can come together to make something that displays the power of collaboration and ingenuity.