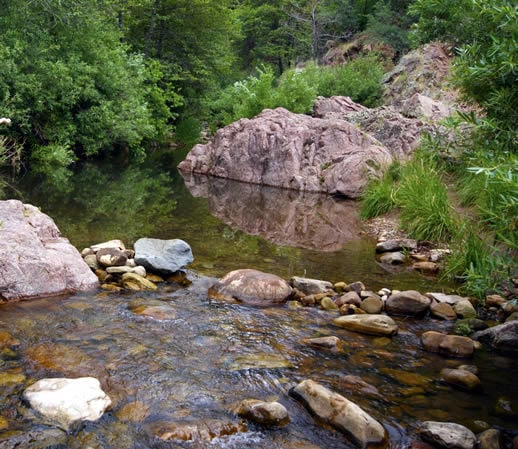 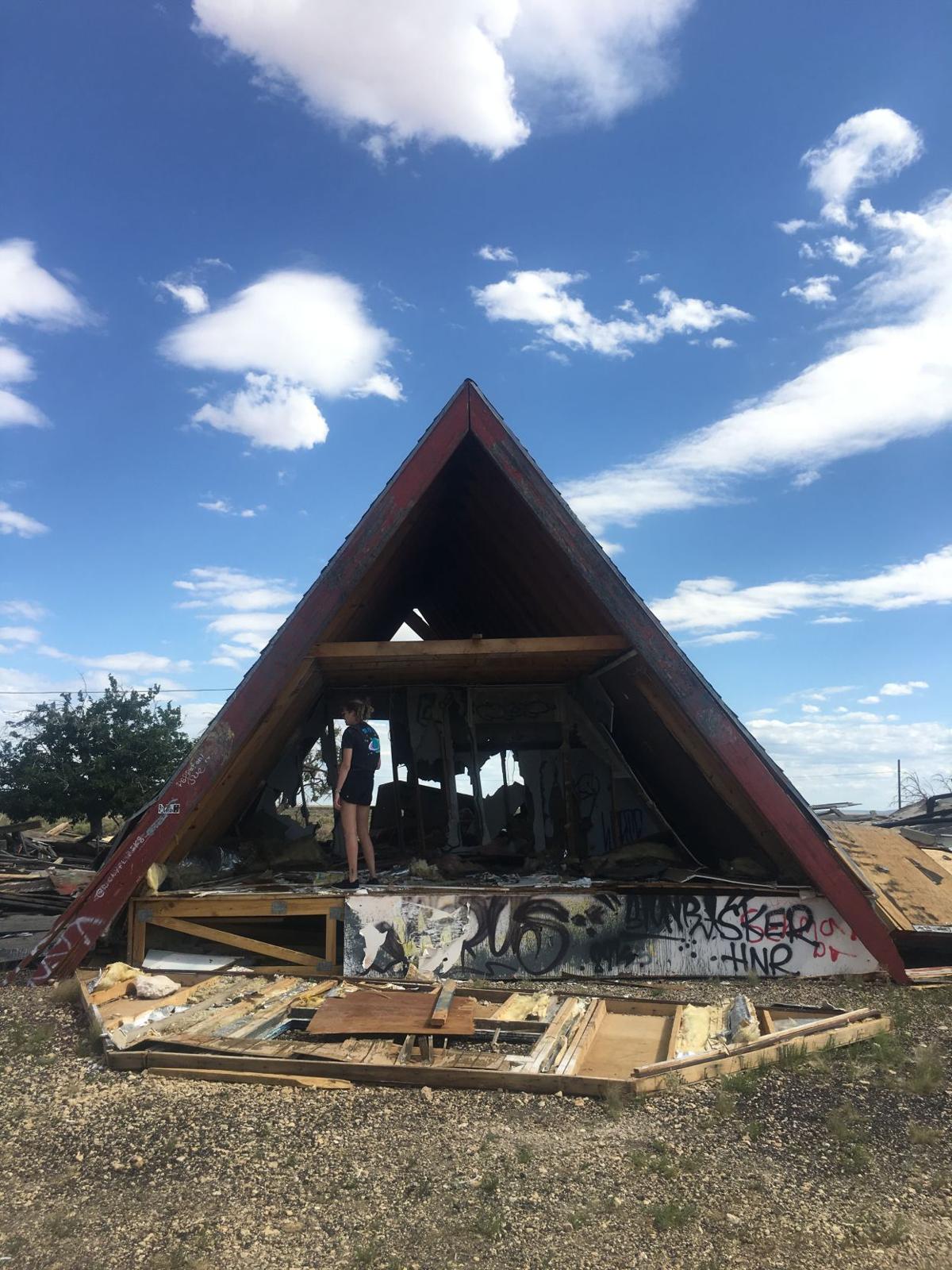 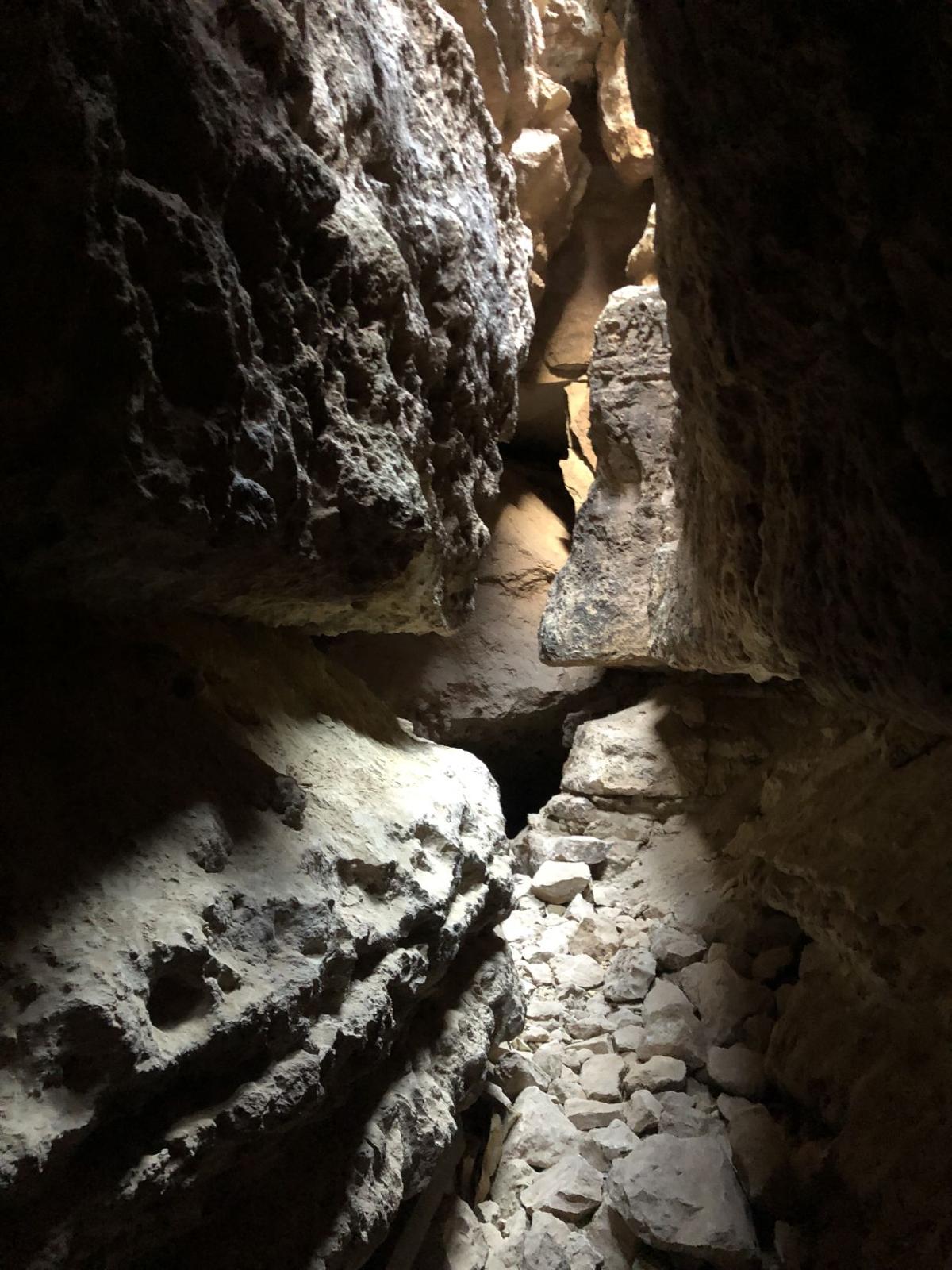 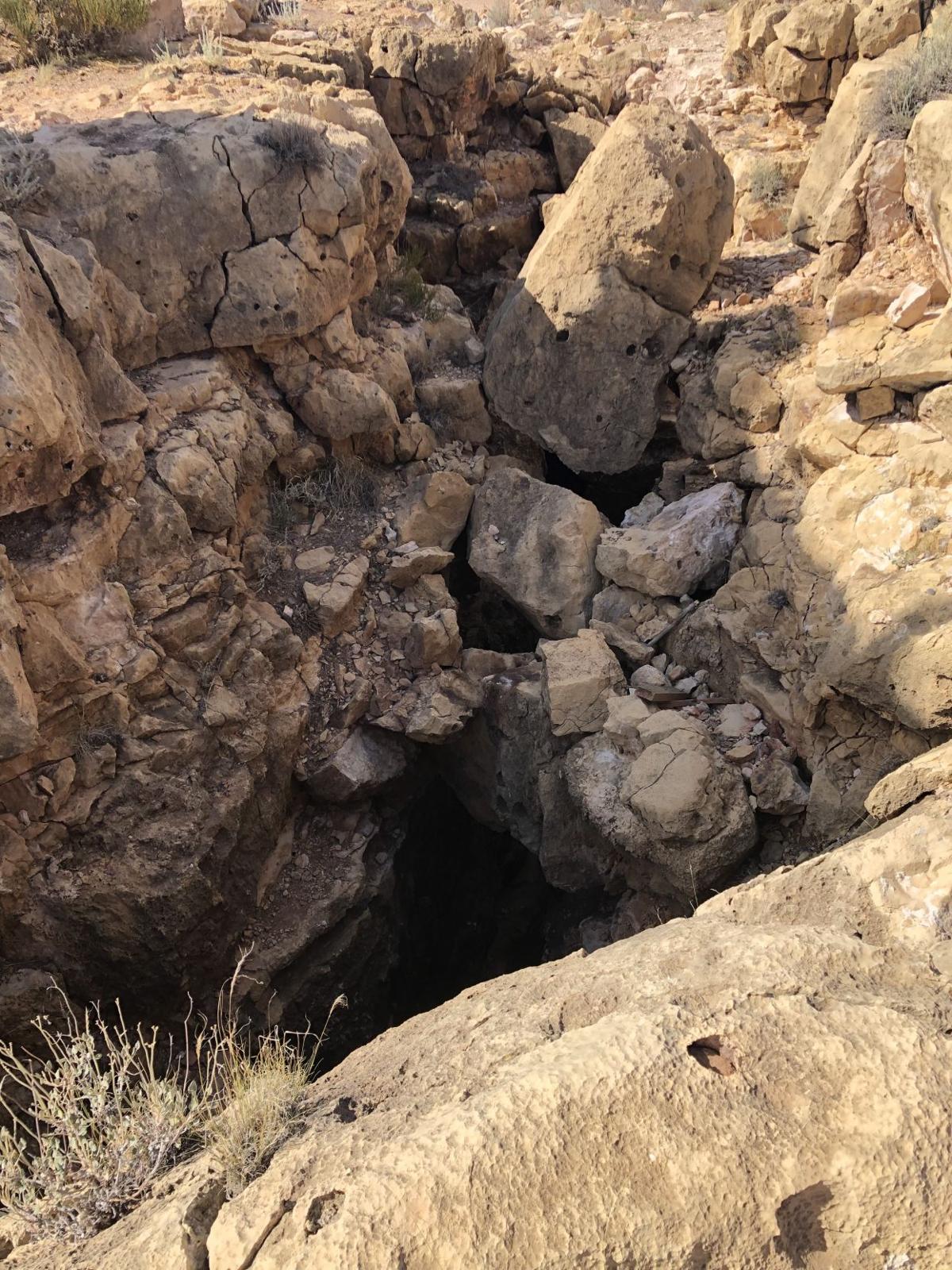 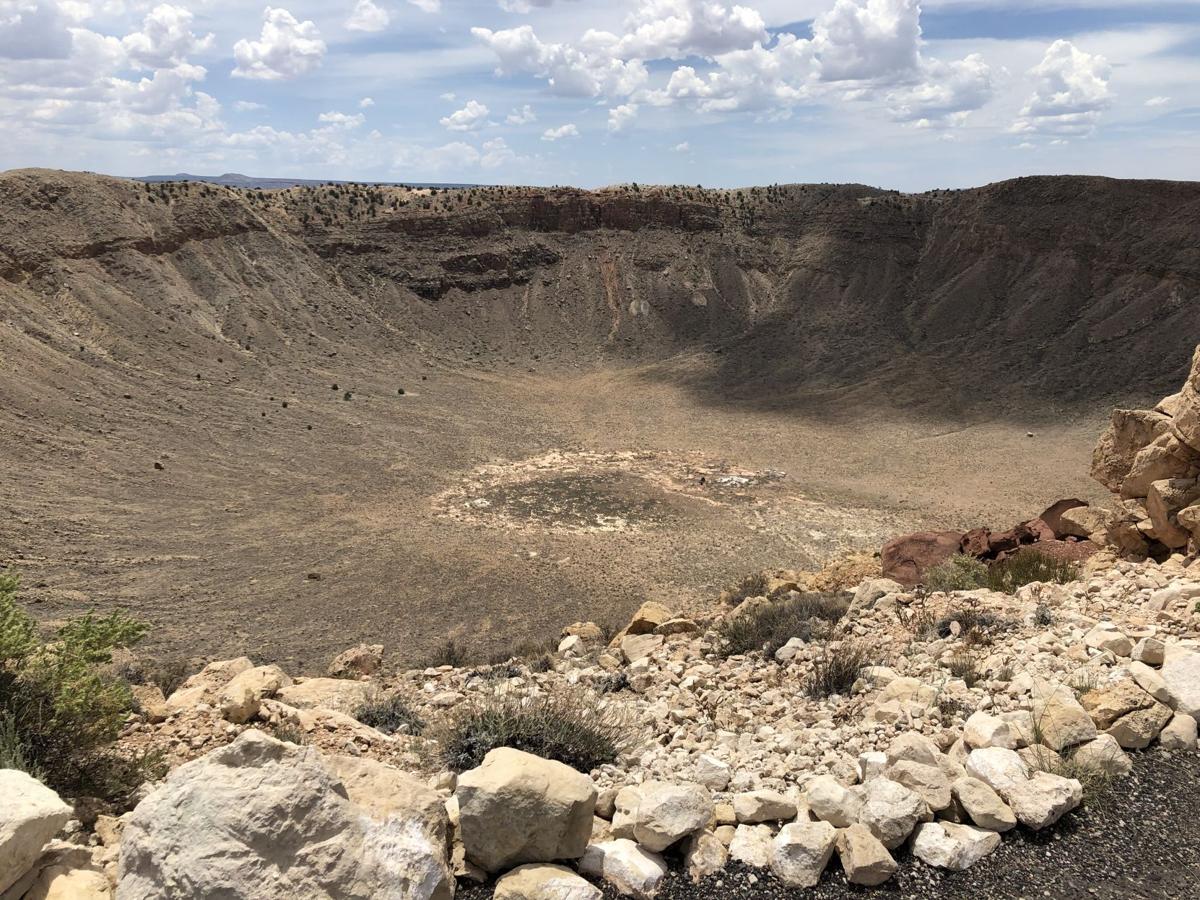 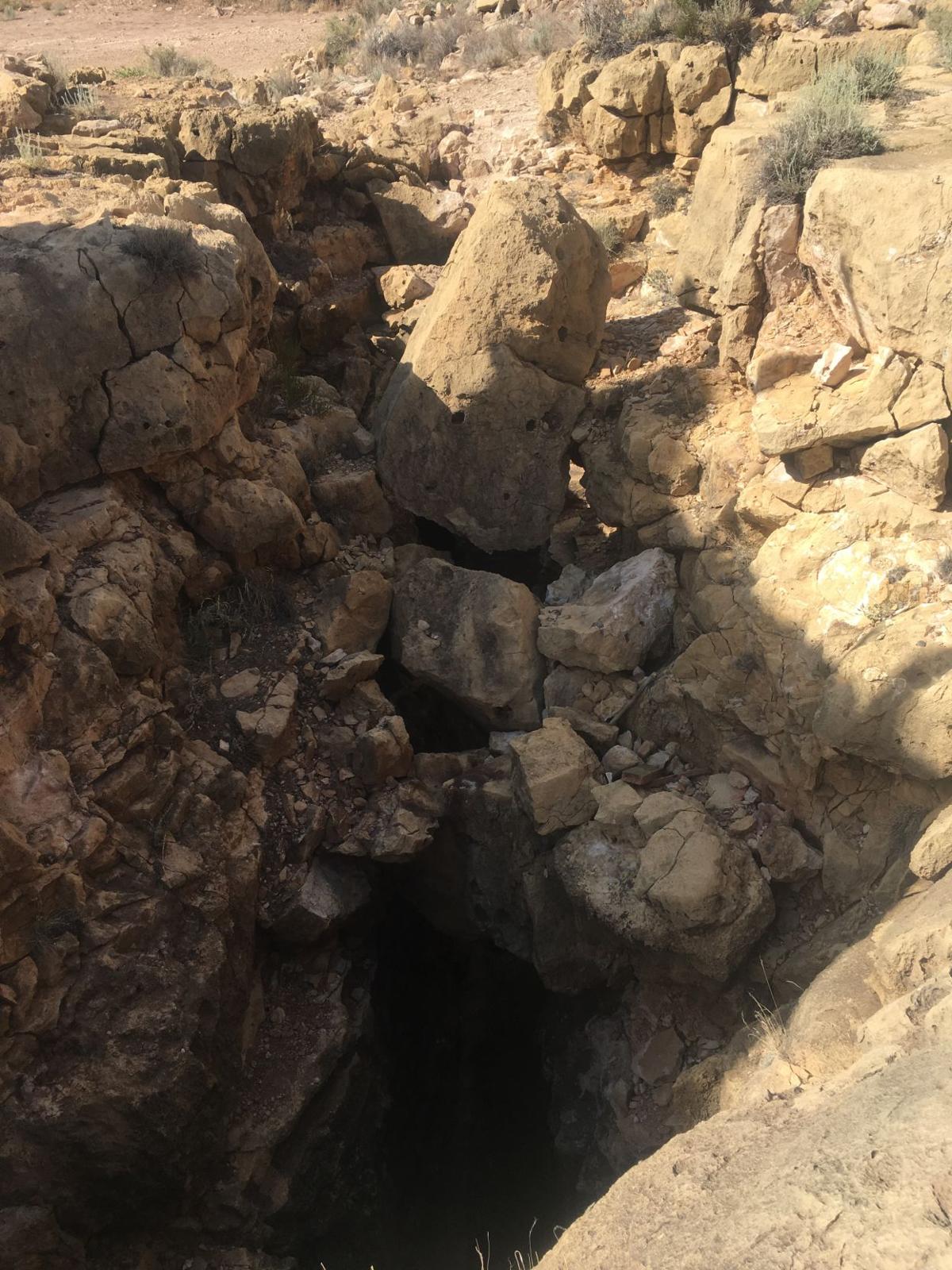 Often times it is easy to look at northern Arizona and only see the staples of the area — Sedona, Prescott, the Grand Canyon, Horseshoe Bend and so many more. With summer time slowly ending it's time to take advantage of the hidden gems around northern Arizona and create memories and have experiences that can only come from truly exploring.

Two Guns is located off I-40, clearly marked and nearly impossible to miss despite is dilapidated nature. The ghost town began as Navajo land before homesteaders and pioneers settled in the early 20th century. It soon became a tourist stop off Route 66, but predictably fizzled out by the 1950s.

Now abandoned, all that is left of Two Guns consists of some broken down buildings, an empty swimming pool and of course, the Apache Death Caves.

Upon entering, visitors are greeted by a broken-down gas station which serves as a spray-paint covered spectacle, the most visible landmark in town.

There aren’t any conventional activities in Two Guns — simply exploring for curiosity’s sake is a visitor’s only option. Covered in graffiti from years’ past, the sparse buildings are visually interesting. You can enter the structures and explore at your leisure and your own risk.

The old structures are full of debris, although the surrounding land is nearly spotless. It’s clear this place is respected despite its abandonment.

For the more adventurous, the Apache Death Caves can be a thrilling exploration. The farther you walk into town, half-destroyed cobblestone structures become apparent. Under these buildings is a narrow, dark, cool cave.

In 1878, 42 Apaches were asphyxiated by fire and smoke by a group of Navajo after the former raided two Navajo camps. The Apache hid in the cave with stolen goods and horses where they would meet their demise.

It’s a bone-chilling tale, one that could be myth or truth. Regardless of its factual accuracy, the tale adds to the whole experience. Descending into the rocky cave, the temperature drops significantly, making those bone-chills reality.

Whether you believe in ghosts or not, the cave carries an undeniably eerie history. Once inside, the cave grows increasingly narrow, making it difficult to venture very far. There are little rooms which can be entered through small entrances close to the ground or high up on the limestone walls. The whole thing feels man-made, but the cave is completely natural.

Two Guns is approximately 30 miles outside Flagstaff, accessible from I-40, just before Meteor Crater.

Meteor Crater is the first-proven and most well-preserved impact site on Earth. Approximately 50,000 years ago, an asteroid struck the Arizona desert, leaving a crater which wouldn’t be acknowledged as an impact site until the 1960s.

Previously thought to be a volcanic steam-vent, the crater has gone through decades of prodding and mining, evidence of which is still visible today. Although it’s a natural landmark, museum and living classroom today, they receive no tax revenue or government funding.

In order to make up for this margin and keep Meteor Crater pristine, visitors must pay $18 admission. For this price, you can go on a guided tour or explore on your own, browse the museum and visit the theatre for a brief education film. Recently, Meteor Crater unveiled a new 4D experience which provides another option for visitors. However, admission to the new attraction comes at an extra four dollar cost.

Meteor Crater is appropriate for all ages and a truly educational experience. A visit to the crater is worth it to learn about the history of our little corner of Arizona

Located within Tonto Nation Forest just outside of Payson, Arizona, Horton Creek has a campground and a trail that will give you all the nature feels. The hiking trail is roughly 8.5 miles and is ranked moderate. The trails flows along Horton Creek itself which will allow for all members of your expedition to enjoy a breather creek side.

The trail ranges in terrain to where at some points you are hiking uphill while others your walk is simply leveled. This is a very popular trail so the best time to venture is during the early morning because after 10 a.m. you are sure to run into other explorers.

The last thing you need to know about this trail is that making it to the end is quite the payoff. After hiking roughly four miles up the trail you will be greeted with a fresh-water spring. Here you can refill your water bottles or camel packs without worrying about the purifying process. Additionally, there is a larger creek where hikers can take a load off and cool down before hiking the remaining 4.25 hours.

Horton Creek is roughly two hours away from Downtown Flagstaff and the trail itself can take roughly four hours -- so pack up and take yourself a 8-10 hour day trip.

As a town with the reputation of a "ghost town," Jerome has a lot more to offer than haunted buildings and folklore. Built in 1876, Jerome is located between Prescott and Flagstaff and is labeled as a historic copper town. According to their website, the town used to the fourth largest city in Arizona -- the town is now home to roughly 450 people as it's a tourist and artist hotspot.

People who come to visit have the opportunity to check out historic bars and saloons, tour a variety of buildings and homes, as well as learn about it's history as a ghost town and a gold mine.

The mining town also has a surplus of shops that are sure to give you a taste of its history while transporting you to a new place.

From downtown Flagstaff, Jerome is located about an hour and a half away as it is roughly 71 miles out.

Summer is almost over. Take advantage of the extra time you have with loved ones and explore all that northern Arizona has to offer.