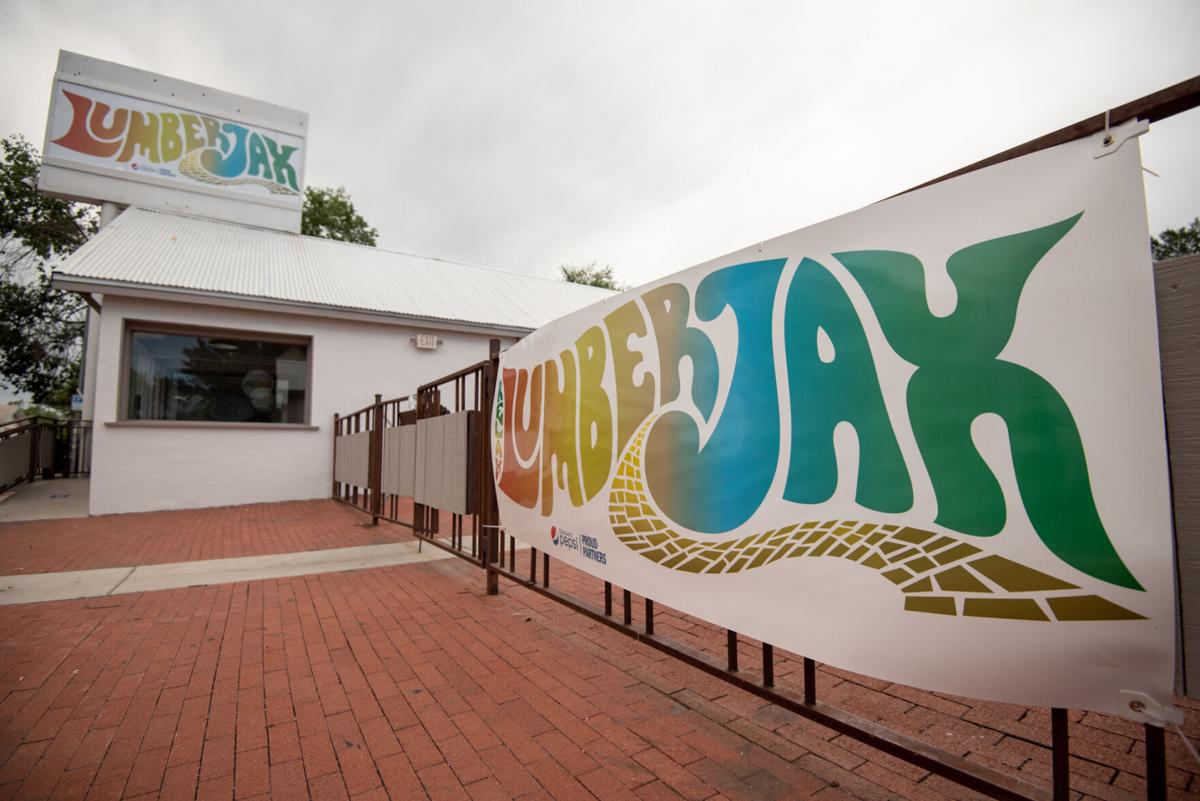 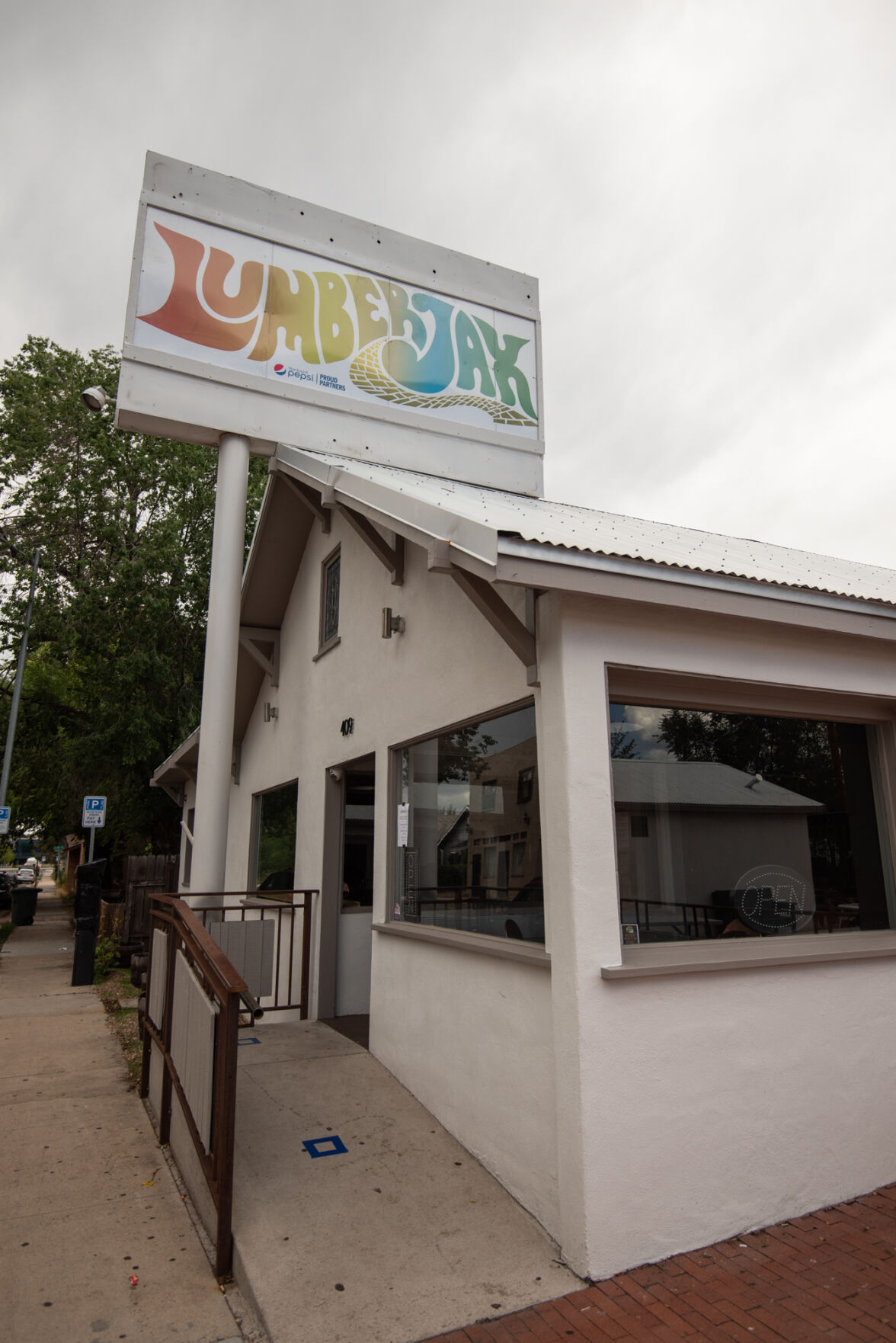 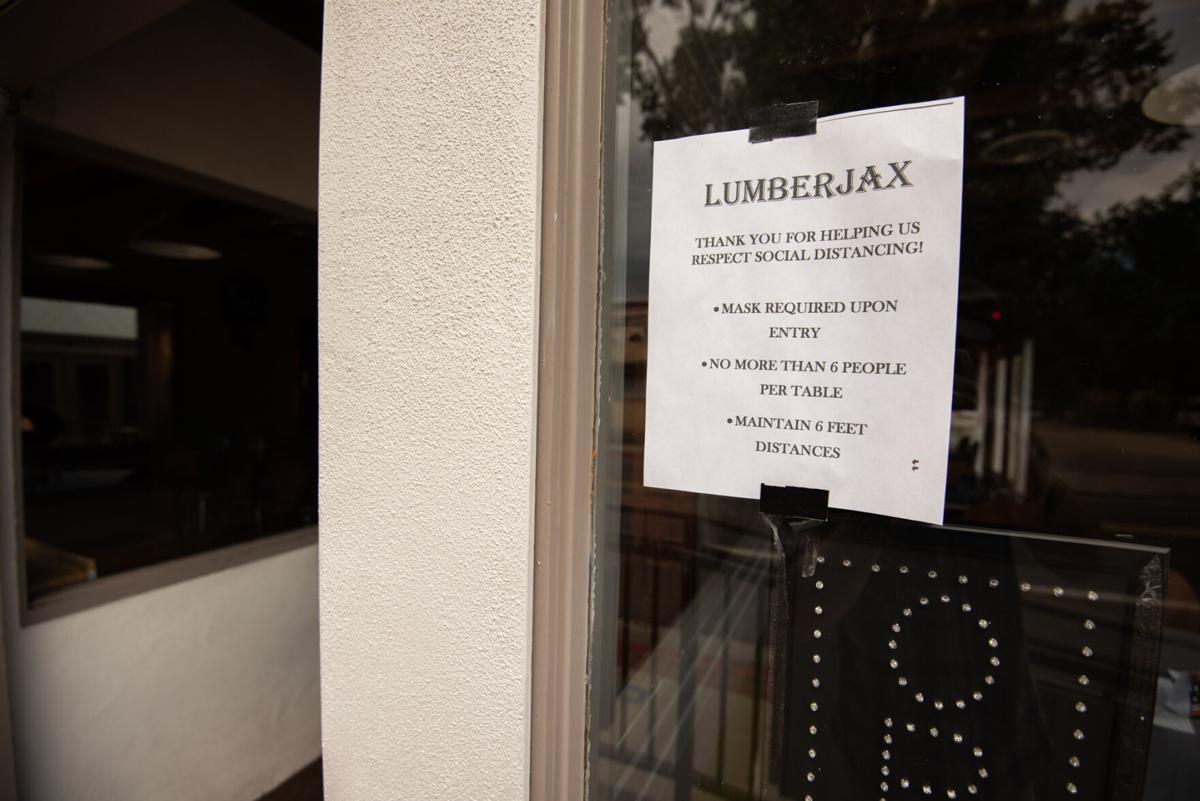 Editor's note October 30, 2020: This story previously incorrectly identified Lumberjax as a bar. It has since been updated to correctly identify the establishment as a restaurant.

When restaurant The Mayor packed up to move locations, Lumberjax stepped in to the old location on San Francisco Street. Although it is difficult to find information about the new establishment online, members of the community have already started to form opinions about it.

Senior Bella Rosales said she recently spent an evening at the new bar.

“I stumbled upon it about a month ago when we were walking downtown and we happened to pass by,” Rosales said. “The letters looked like a groovy, hippy vibe. We stopped by just to check it out.”

Even without advertisement or online information, Rosales said Lumberjax has seen a lot of customers since opening. She explained that multiple Lyft drivers who have taken her to work commented that Lumberjax is a popular drop-off and pickup spot on the weekends.

Nancy Sobek is a Flagstaff resident who lives next to Lumberjax and is worried that the bar might turn out to be like The Mayor. She said she lived in her house long before The Mayor opened, and wasn’t thrilled to live next to a venue with loud music and drunk college kids. She explained that she was excited when The Mayor announced that it was moving but was disappointed when she found out a new bar would take its place.

“The Mayor was completely out of control,” Sobek said. “I had drunk kids turning up on my front stoop, people were putting empty beer cans in my mailbox, it was just getting very disrespectful. To me, it was a huge relief when [The Mayor] closed down and moved down the street.”

Sobek said she was unaware there was going to be a new bar there, adding that one of her neighbors talked with the owner and was under the impression that Lumberjax was going to be a nice restaurant. She said they were surprised to see that it has been following a similar business pattern as The Mayor.

However, Sobek grew concerned about Lumberjax during the first weekend it was open. She said the place was packed and it didn’t seem like anyone was following COVID-19 protocols.

“When they first opened it was not good because people weren’t wearing masks, there were a lot of people standing around together, there were people out on the street, and being a front-line worker I was concerned, so I did call the cops,” Sobek said. “It didn’t look safe.”

Sobek explained that her main concern regarding Lumberjax is that people are not being safe.

Lumberjax owner Steven Grubart said that the bar closed after the first weekend it opened, but recently reopened its doors.

Sobek said she thinks the closure was due to the establishment not following COVID-19 protocols on its opening weekend. She said it seemed as though they are now following guidelines since reopening.

Flagstaff resident Kayleen Krause visited Lumberjax in late August. She said her experience at the bar was crowded and disorganized.

“When I walked in, there wasn’t a bouncer where there usually is at the door,” Krause said. “There was a huge crowd surrounding the bar, so it was really hard to get to the bar and when you did, it took about thirty minutes to get a drink because they were so disorganized. Then they didn’t card me, they just gave me my drink and I paid. The bartenders really had no idea what they were doing and I felt bad for them. It seemed like they were understaffed.”

Rosales said she had friends at the bar who were under the legal drinking age and still able to buy drinks. Rosales said that even though she is 21, her ID wasn’t checked at the door or the bar.

Krause also said that Lumberjax was different from other bars she has been to, in the sense that there wasn’t as much to do.

“There was no DJ or anything, it just seemed like no one really knew what to do with themselves,” Krause said. “There wasn’t really anything to do besides just stand around with each other.”

Like Krause, Rosales had similar complaints about the lack of activities to participate in. She said it felt like the bar was just thrown together, and that they thought as long as customers had alcohol they would be happy.

Along with the lack of entertainment, Krause said they didn’t have any set menus, so customers were unsure of exactly what food or drinks the bar had. She said one of her favorite aspects of The Mayor was the signature drinks.

“The Mayor had a set menu and really cool options,” Krause said. “It added multiple dimensions to your bar experience, rather than just having a room where people can drink and entertain themselves.”

Despite the criticism, Krause and Rosales also had some praise for Lumberjax. They said the outdoor patio space is nice and the lights look good. They also said that the location for the bar is great because it is within walking distance of downtown and the college, which makes it very appealing to NAU students.

The new bar has only been open for a short amount of time, but Sobek said that living next to Lumberjax has not been as bad as living next to The Mayor, which would keep her up late with music when she had to work the next day. She said she hopes these incidents will not occur with Lumberjax.

It is hard to tell what the future for Lumberjax will look like. Opening a new business is likely no easy task in the middle of a pandemic, but according to the community, Lumberjax has a long way to go before it can make a name for itself.