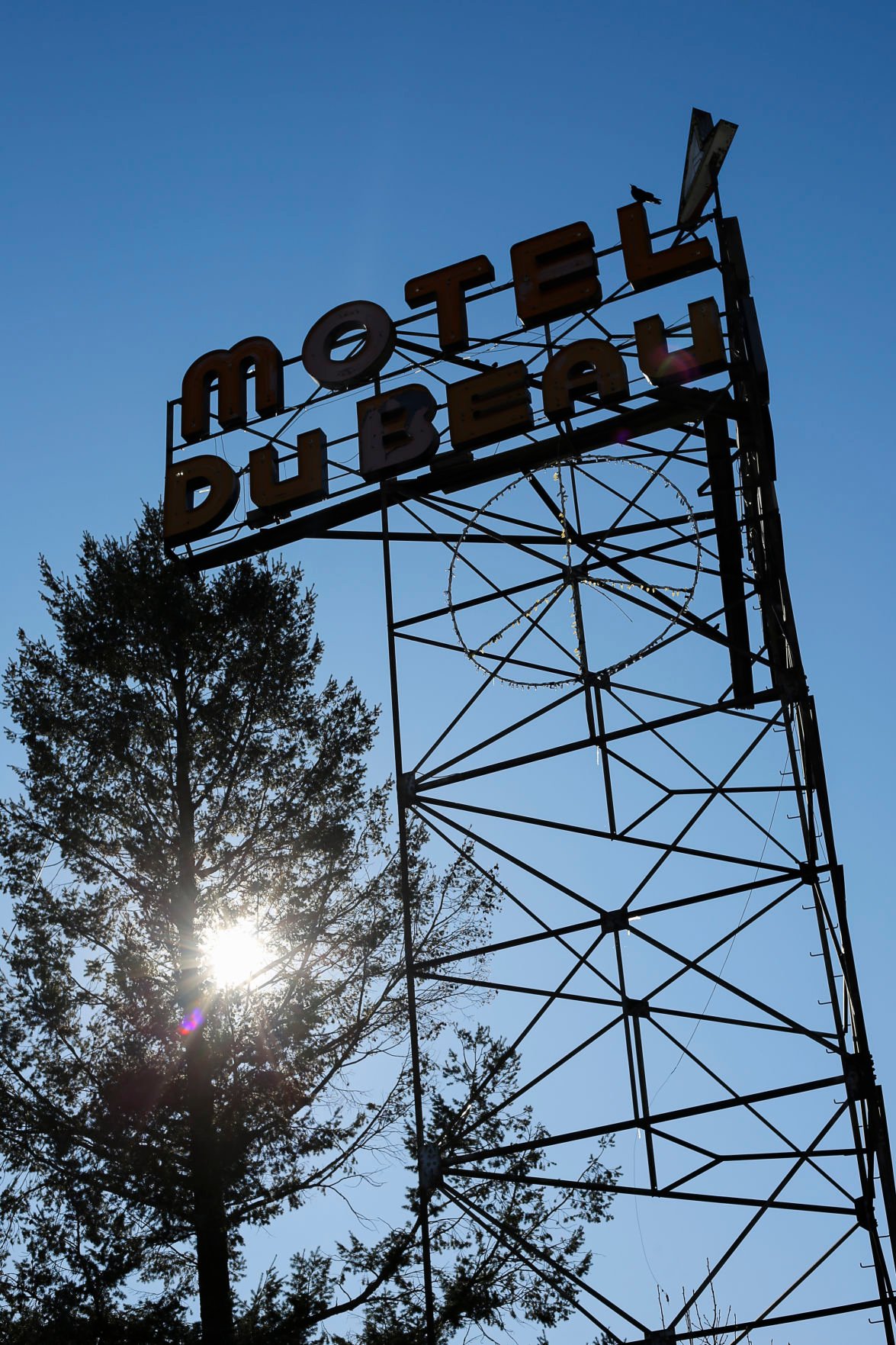 On its 93rd anniversary just last month, Route 66 celebrated its rich history as a road that connected previously distant corners of the United States. While Chicago, Los Angeles and cities in between, including Flagstaff, all witnessed the cultural, economic and artistic influence Route 66 had, its fame spread globally as it became an international symbol of adventure and the American dream.

Sean Evans, archivist and Cline Library’s resident expert on Route 66, said the route got its start from a group of businessmen in the 1920s led by Cyrus Avery, now recognized as the father of Route 66. The businessmen wanted to connect the major industrial cities with the then flourishing Los Angeles through one major roadway. Evans said most interstates went from either north to south or east to west, but as Route 66 had more curves than those, its establishment and numbering were more difficult.

Route 66 wasn’t built from scratch upon its establishment. It rather followed roads that already existed to give travelers a path to get from one side of the country to the other. Evans said these roads were often unpaved and held dangerous driving conditions for early travelers, which became part of the adventure of Route 66.

The route famously wound around mountains and through valleys. Evans said that while the early Route 66 might have taken longer to travel, especially with speed limits being around 25 and 35 mph, its scenery was unbelievably gorgeous.

“[The road] was pretty bad but it was part of the landscape,” Evans said. “If you’ve ever seen the movie “Cars,” they have that great soliloquy about when the road flowed with the land rather than cutting through it. That’s what they’re referring to.”

Though as the 20th century progressed, Route 66 got its fair share of makeovers. Evans said Route 66 maintenance projects made the road far less dangerous to travel on, though road builders often had to cut into mountains and build bridges over canyons to make that possible.

While Route 66 originally flowed with the natural contours of the landscape, it ended up changing the land over the years too, just as it largely shaped the towns it ran through.

Evans said similarly to other towns Route 66 weaved through, Flagstaff was sculpted by it. Flagstaff’s physical, economic and cultural shapes were also greatly influenced by Route 66.

According to its website, the popular Flagstaff brewery, Mother Road Brewing Company, was named after Route 66’s nickname in John Steinbeck’s “Grapes of Wrath.” Evans said a large amount of the brewery’s appeal comes from its location near Route 66 and its use of the roadway as a sort of subbrand, especially with the Route 66 merchandise sold there.

Mother Road Brewing Company is not alone in using Route 66 merchandise or banking on the Route 66 feel. Joshua Hudlow, the event coordinator and administration specialist at the Flagstaff Visitor Center, said that with its history of being a symbol for adventure and Americanism, just the idea of Route 66 has developed a certain air about it.

“For me, what comes to mind is drive-in burger joints at sunset, a small town USA main street covered in flashing neon lights, the sense of isolation when you’re on the road all alone, driving with the top down in the desert on a hot summer day, music blasting [and] just cruising,” Hudlow said.

Flagstaff has many businesses that both started at the height of Route 66’s traffic, as well as newer businesses that try to recreate that famous feel some are looking for. Hudlow said that the most apparent of these businesses are motor coach motels.

“As the road got more popular, the 66 motor coach motels started to pop up along the route,” Hudlow said. “These will be recognized with their famous neon signs and heated garages that came with your motel room. The most famous Flagstaff motor coach hotel is the Motel Dubeau: Travelers Inn, a great place with the awesome Nomad’s Lounge inside.”

Evans said Route 66 businesses like Motel Dubeau, Mother Road Brewing Company and Lumberyard Brewing Company made Flagstaff more of a tourist destination. Tourists sought out Route 66 as it developed its own subculture.

“Because of its history and association with a manifest destiny mindset, Route 66 holds such an appeal to filmmakers,” McMillan said. “The idea of the harden[ed] road naturally comes with something like this and filmmakers love it. The themes in these movies are usually associated with a longing to find one’s inner purpose or to confront some sort of turmoil. The journey through the mountains has always been part of legends and stories no matter where you look.”

McMillan said films set on Route 66 have been largely successful not only because of the cultural allure of Route 66, but also the gorgeous and diverse scenery.

“With huge films like “Forrest Gump” and “Easy Rider,” people began to follow the journeys the characters took in the film, which leads them down the highway the films follow,” McMillan said. “The fact that the road goes through so many different parts of the country makes for very scenic visuals that, when combined with a compelling story, can get really powerful and entertaining content.”

The film industry ultimately contributed to Route 66’s popularity, as did other forms of art, especially the music industry.

Evans said Route 66 was heavily featured in popular music, be it in “Take it Easy” by The Eagles, or more obviously in “Route 66” by Bobby Troup.

“Bobby Troup came back from the war and decided to leave Pittsburgh, and I think he and his wife drove to Los Angeles,” Evans said. “He was wanting to make it in the movies and along the way, he and his wife wrote a song, “(Get Your Kicks On) Route 66” and it reflected their trip.”

Evans said “Route 66” became the most commercially recorded song in history with a wide variety of versions now available from various artists like The Rolling Stones, Nat King Cole and Chuck Berry.

The song’s sheer popularity, he said, only reflects how much the road made its way into American, and even international, culture as an idea of something fun and exciting.

Evans said that for Americans, Route 66 introduced new parts of the country with rich and differing cultural roots and practices, which can be most apparent in the food. Evans said that his family from New York wasn’t at all familiar with Mexican food until reaching New Mexico along Route 66. Being introduced to new cultures, foods and even different sceneries across the U.S. made traveling along Route 66 such an adventure.

“A huge thing that goes on with Route 66 is that it makes your own country feel exotic in a way,” Evans said. “Especially if you come out of Texas where the land looks either brown and flat or green and flat, depending on the season, then you come to New Mexico with these big red cliffs and canyons and everything. It can be like landing on Mars.”

Yet, the locations of some Route 66 Associations can be surprising, like Japan, Chile and the Netherlands. Evans said this goes to show how far the appeal of Route 66 can reach.

“No other road that I know has that kind of exposure in an ongoing way for over 50 to 60 years,” Evans said.

He said that with its international fans, and exposure in music, film, literature and more, there is no denying Route 66’s cultural impacts. So, be it driving through some small town looking at the neon signs in the 1960s searching for a diner to refuel and grab a burger, or driving between downtown Flagstaff and the railroad tracks now, as Bobby Troup said in his hit song “Route 66,” the historic road is where many have come and gone to get their kicks.