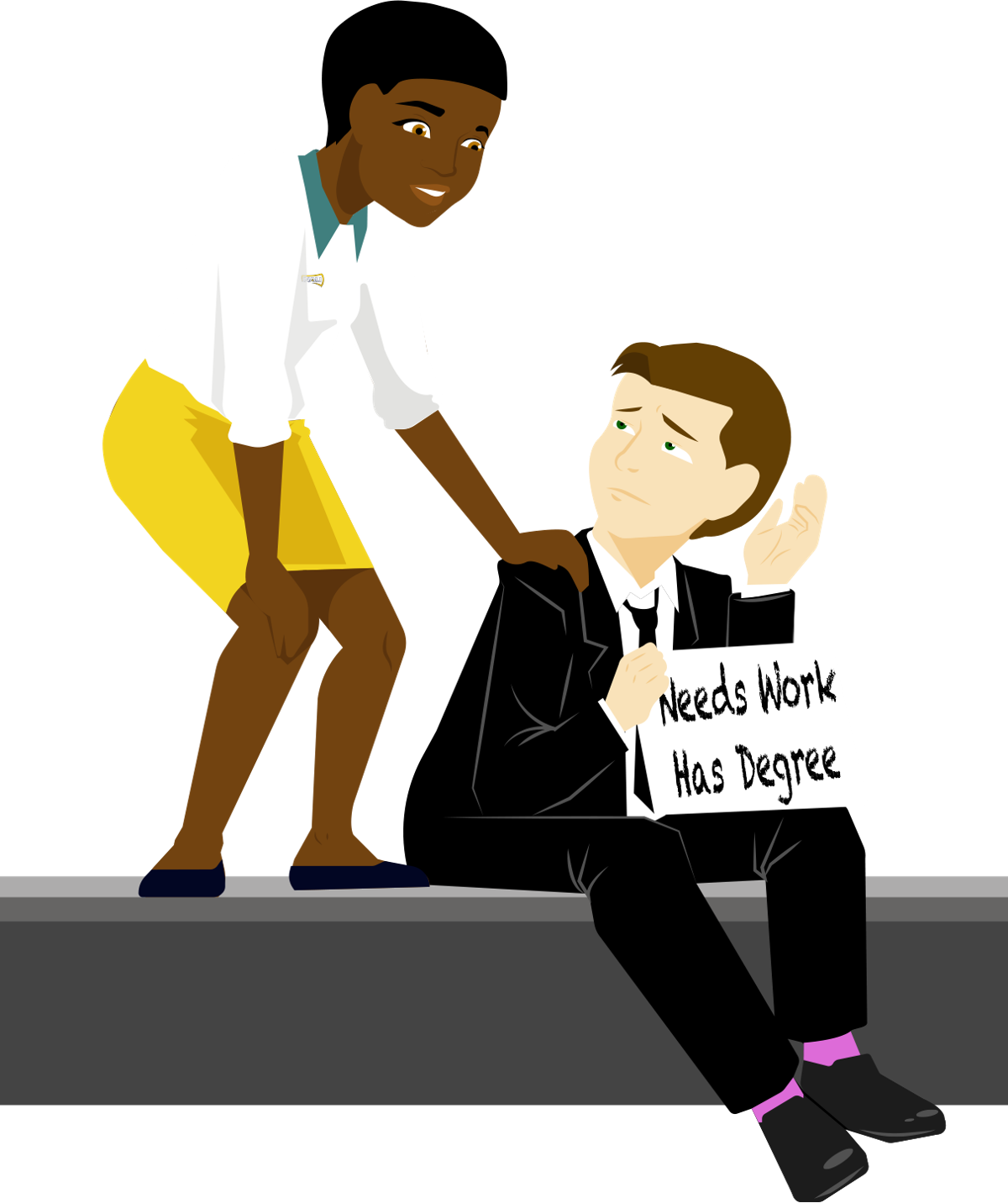 Graph of the probability of U.S. recessions, courtesy of Bloomberg Economics. https://www.bloomberg.com/graphics/us-economic-recession-tracker/

Graph of the probability of U.S. recessions, courtesy of Bloomberg Economics. https://www.bloomberg.com/graphics/us-economic-recession-tracker/

As economists and government leaders continue to predict the upcoming crises that will follow the coronavirus pandemic, NAU’s spring 2020 graduates are left wondering how they will be able to step into their futures. With an imminent recession looming over the U.S. and several other countries, the global economy is already facing a downturn that is worrying new graduates as they enter the workforce.

According to a model created by Bloomberg Economics, there is now a 100% chance of the U.S. entering a national recession within the next 12 months. According to The New York Times, 30 million people have filed for unemployment since COVID-19 hit.

Because of the impending recession and the disturbances stemming from the COVID-19 pandemic, alumna Heidi Hansen, a graduate of NAU’s class of 1991, expressed her sorrow for this year’s spring semester graduates.

Spring 2020 graduates across the country will not get to experience a traditional graduation ceremony, which is something Hansen said she finds extremely unfortunate. She said no one could have predicted how much this year would be derailed. However, she also said she believes it could result in a helpful learning opportunity for those impacted.

“The lesson is that you need to be adaptable in life and in business, this is a good dress rehearsal,” Hansen said. “Character will be gauged on how we handle the situation at hand and how we choose to rebound.”

Hansen recommended that those graduating from NAU during this spring remain focused on their career path. She advised graduates to remain upbeat, as the job market will eventually bounce back. Hansen said she would advise graduates to apply for anything and everything at the moment, even if it isn’t their dream job. The available jobs will allow recent graduates to receive the training and experience that is needed in order to begin any career, she explained. She encouraged graduates with a certain business or organization in mind to take the time now to research and get more familiar with them, so they can become the employer's ideal candidate.

Alumna Alyssa Beauregard graduated from NAU in December 2019. The biggest piece of advice she offered this year's graduating class is to trust their guts.

“Be confident in the direction you want to go and take things slow,” Beauregard said. “There's no rush and you don't have to make decisions based on the opinions of people around you.”

Despite the approaching economic crisis due to COVID-19, Beauregard said her advice remains the same. She said it should not deter graduates from pursuing what they want out of life.

Although it is difficult to not have the opportunity to experience walking across the graduation stage as a culmination of all their hard work, Beauregard said seniors need to understand things will get better in time.

“Recession or not, this is not the end-all, be-all for the universe,” Beauregard said. “Do not mistake the trouble of today for the rest of your future. Take things with a grain of salt and don’t get discouraged because of things that are out of your control.”

Graduates cannot change the stock market or the government’s decisions, but Beauregard said they can use their knowledge to make decisions that benefit themselves in the long run. She emphasized that NAU's graduates should remain positive despite the circumstances.

“Don't let COVID-19 change your future, go get that degree,” Beauregard said. “Look at the glass as half-full. Negativity will get you nowhere.”

Senior Kacie Debevc is graduating this semester and said she worries about certain aspects of the world she is entering post-graduation. As an upcoming graduate, Debevc said she struggles most with meeting her own high expectations. She said she feels that after college, graduates are meant to immediately go out into the world and work their way up in a career.

“I am a theater major and our industry, as of right now, has been put on hold," Debevc said. "This can be a little frightening because there are a lot of uncertainties."

However, Debevc said she still has hope for the artistic community’s future because theater often thrives through community and audience connections.

In terms of America’s predicted recession, Debevc likens her mentality to a classic meme that depicts a dog whose house is on fire. In response to the chaos happening around the dog, it says “this is fine.” Debevc explained the meme is the closest to how she is currently feeling about the potential recession.

“I watched my family be affected by the recession in 2008,” Debevc said. “[Those were] definitely some dark times, and it is sad to see our country go through that again.”

Senior Wyatt Benson said his main worry about graduation is succeeding in graduate school, but he also believes this is a natural worry of graduates headed in that direction. It is the next step on those students’ career paths, so it would make sense for them to endure some level of nervousness, Benson said. Despite his concerns, he said he is definitely more excited than worried about entering the “real world” because he is ready to contribute to his field of study, archaeology.

“I feel prepared for my next step, thanks to the professors and colleagues I have worked with and learned from at NAU,” Benson said.

He also said that he is concerned about the recession on the horizon. Benson is worried that it may be difficult for him to find work after he obtains his master’s degree. Although possessing a master’s degree makes Benson a more viable job candidate, the recession may severely hinder the job market, he said. Benson explained how he is gravely concerned that this will be the case if the predicted recession occurs because it means fewer jobs will be available and competition will be at its peak in the job market.

A recent article by the New York Times referenced Harvard economist Kenneth S. Rogoff as he explained just how severe the predicted U.S. recession will be. Rogoff said he feels the financial crisis of 2008 was simply a warm-up for the crisis that is about to hit the economy. Rogoff said depending on how long the financial crisis lasts, it will be bigger than we would have ever anticipated.

Though there is a reason for NAU’s spring 2020 graduates to remain alert regarding the economic situation that is currently facing the U.S., both Beauregard and Hansen said it is also important that they remain optimistic and continue to forge their futures.