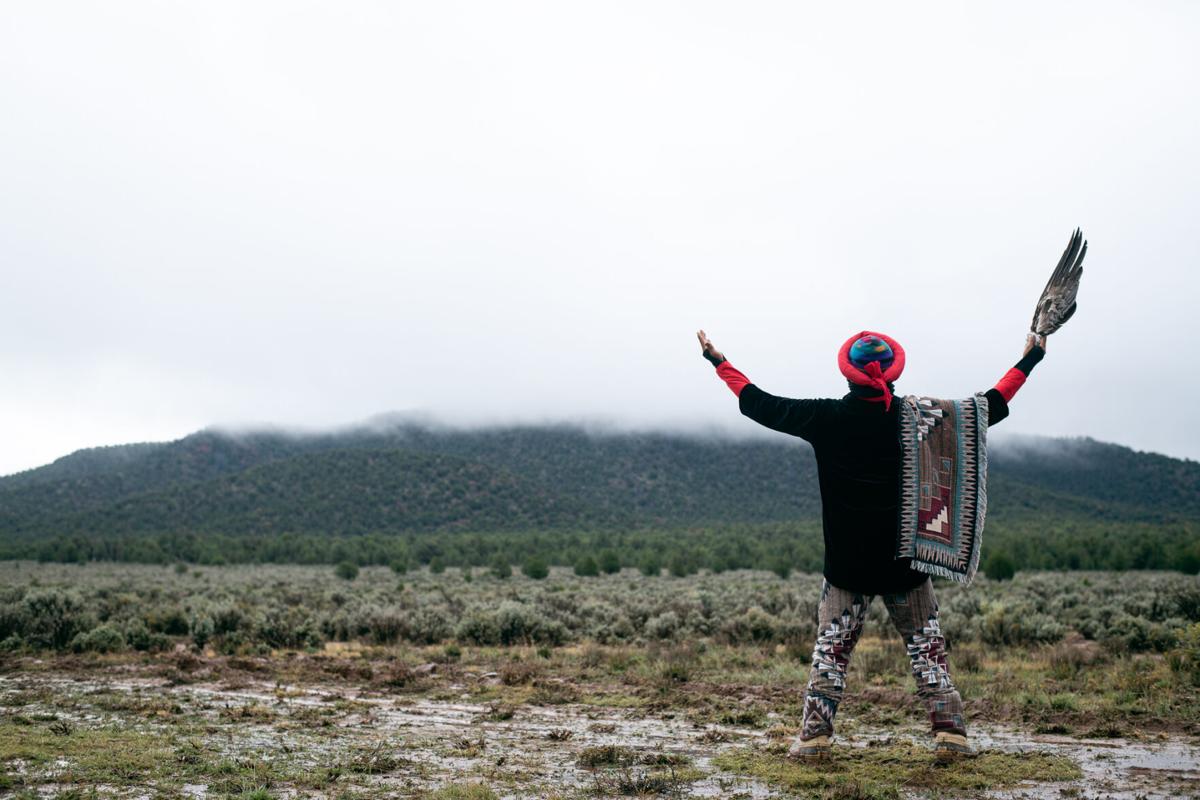 Uqualla, the spiritual practitioner of the Havasupai tribe in the Grand Canyon performs a prayer in the sacred land at the base of Red Butte in Kaibab National Forest Oct. 7, 2018. For four days members of the Havasupai tribe and tribes all across the Colorado Plateau gathered spiritual fellowship in opposition to the uranium mining taking place in these lands. 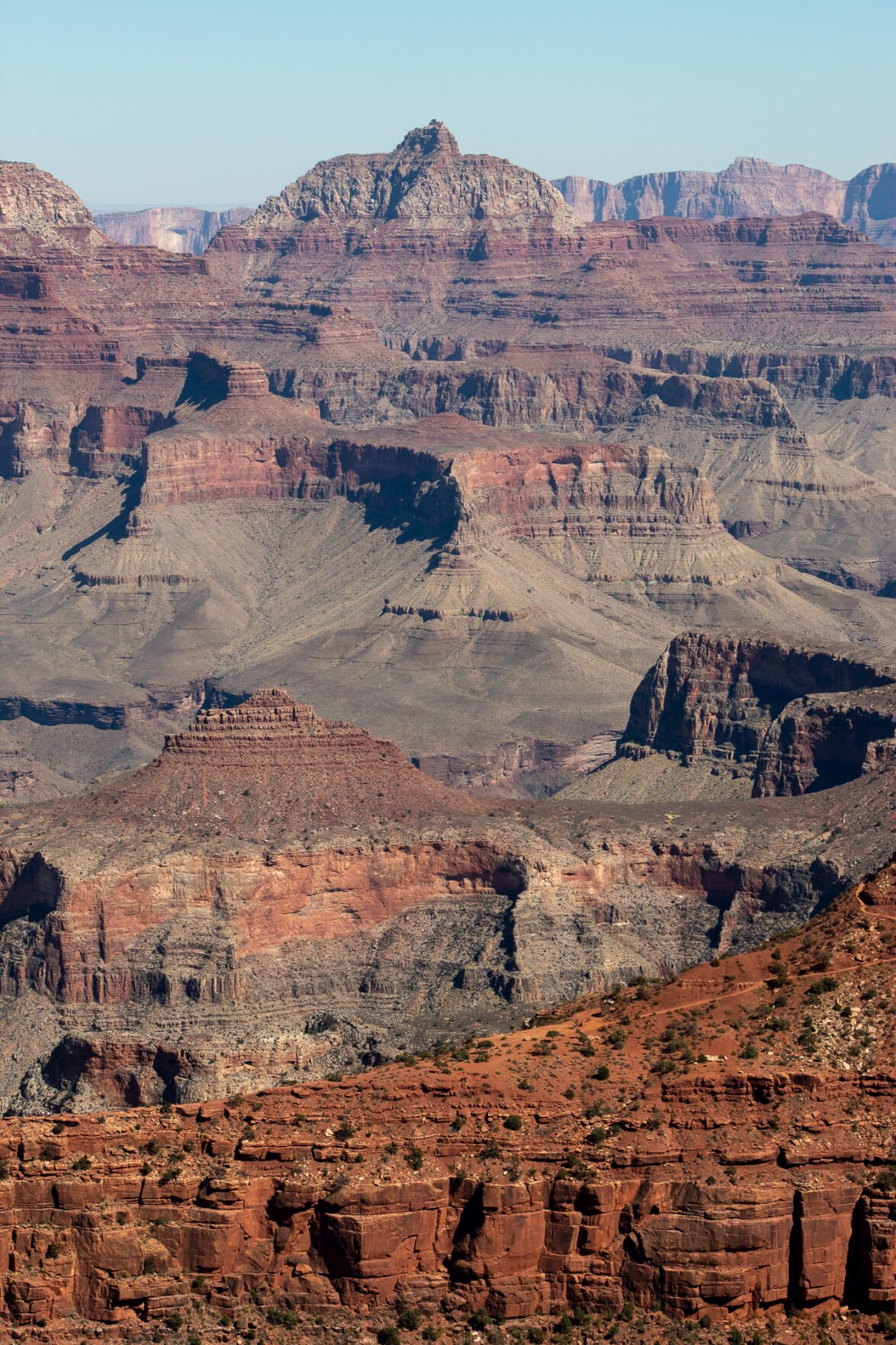 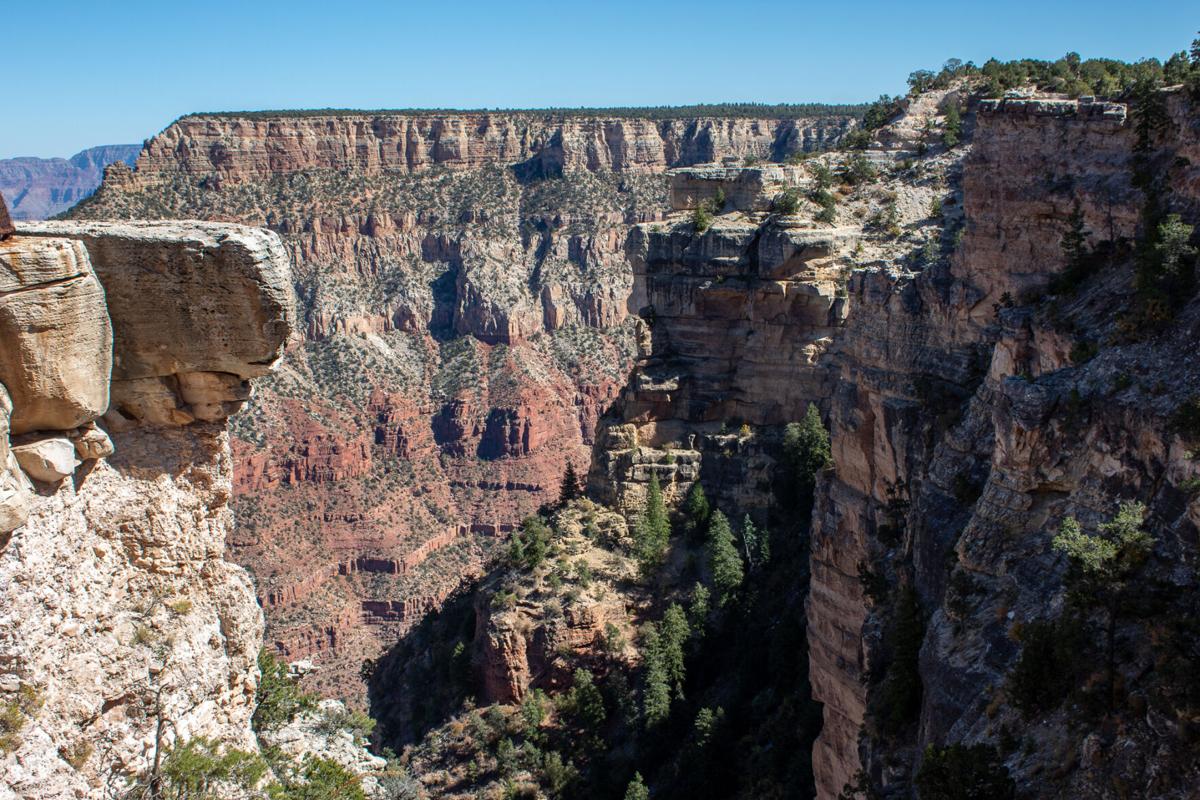 The Grand Canyon Trust's biggest area of concern is stopping uranium mining in the Colorado Plateau.

Uqualla, the spiritual practitioner of the Havasupai tribe in the Grand Canyon performs a prayer in the sacred land at the base of Red Butte in Kaibab National Forest Oct. 7, 2018. For four days members of the Havasupai tribe and tribes all across the Colorado Plateau gathered spiritual fellowship in opposition to the uranium mining taking place in these lands.

The Grand Canyon Trust's biggest area of concern is stopping uranium mining in the Colorado Plateau.

The Grand Canyon Trust has fought many battles. It is an organization dedicated to protecting the Grand Canyon and Colorado Plateau in order to keep them safe and flourishing. The organization’s struggles are constant and include keeping pollution under control, shutting down uranium mines, protecting forests and Indigenous land and maintaining the cleanliness of the Colorado River.

Roger Clark, program director of the Grand Canyon Trust, has been a part of the organization for decades. He explained that throughout their history of protecting the Colorado Plateau, the trust has worked extensively with governments, activists and grassroots groups to achieve their goal of promoting the flourishing of the area. Clark said his work at the trust has made a positive impact on him throughout his involvement.

“[The Grand Canyon] is a place I have lived and worked in for most of my life and it gets me into the places I most enjoy,” Clark said.

The organization began in the 1980s under former President Ronald Reagan when the promotion of environmentalism was heightened, Clark said. Environmentalist Huey Johnson was invited on a river trip through the Grand Canyon to discuss possible ways to protect it. After the trip, Johnson stood before the group and presented the idea of the Grand Canyon Trust. While it took a few years for the proposal to come to fruition, Clark explained that the trust was officially formed in 1985.

Clark said Bruce Babbitt, an attorney and former Arizona state governor, was contacted a few years after the aforementioned river trip to officially establish the organization as a nonprofit. After some time, the Grand Canyon Trust decided to expand its region of protection.

“The program mainly focused on the region of the Grand Canyon, until Stewart Udall [former Arizona congressperson] suggested expanding the program to protect the entire Colorado Plateau,” Clark said.

The umbrella of protection provided by the Grand Canyon Trust was thus expanded to include around 130,000 square miles of land. Clark explained the organization’s efforts now encompass Utah, northern New Mexico, Colorado and Arizona.

Clark said after the trust broadened its horizons, there were three high-priority issues to reduce: noise from overhead flights at the Grand Canyon, high-fluctuating water releases from surrounding dams and pollution from the Navajo generating station.

With the help of activist Edward Norton and former Sen. John McCain, Clark said a regulation was passed to control air tours over the national park so helicopters could not fly over the rim.

After resolving the noise reduction issue, the organization started to work on the high-fluctuating water release of the Glen Canyon Dam. Clark said it altered the Colorado River’s ecosystem, cut into archaeological sites and harmed endangered fish.

The trust’s work led to the implementation of the Grand Canyon Protection Act of 1992, which was passed to protect, maintain and exceed the values of the national park that were put in place when it was established, according to the United States Bureau of Reclamation.

After the law was passed, the third issue was figuring out a way to reduce the pollution produced from the largest generating station in the western United States. In 1991, the sulfur dioxide produced from the Navajo generating station was cut by 90% under former President George Bush’s administration. Although its main purpose was to replace the power produced by the lost dam, it added to the toxicity in air pollution, according to an article on Intermountain Histories by George Mumford.

There were 17 other coal-fired power plants that needed pollution control, as well. Clark said, in 1995 the first plant to shut down for exceeding pollution standards was Mojave’s generating station.

Though throughout their history, Clark said that it was a different area of focus that was of the greatest concern to the trust.

“The program’s biggest issue we had to sink our teeth into was to stop uranium mining,” Clark said.

Clark explained that the Grand Canyon Trust worked with the Havasupai people and congressperson Raúl Grijalva in an effort to stop the mining. In 2008, Grijalva initiated efforts to withdraw one million acres of federal land surrounding the national park from future mining endeavors. However, Clark said that it was not until 2012 when an executive order was signed for a 20-year moratorium, or temporary prohibition, on that land under the Obama administration.

One mine in particular is still contaminating the water that nearby tribes use today. Canyon Mine was permitted to operate in the mid-’80s but before it could reach the ore, the company had to close its gates in the ’90s due to a drop in uranium prices. In 2013, Clark said uranium prices climbed back up and the National Park Service decided the mine was exempt from the 2012 ban on mining due to its mineral rights and resumed operations.

“Today, water is continuously dropping into the shaft and put into the monitoring wells,” Clark said. “[Contaminates] could move into the regional aquifer and permanently contaminate the water.”

Not only does such contamination pose a threat to the flora and fauna in the area, but it also threatens the well-being of nearby indigenous tribes, Navajo tribe member Rita Bilagody said.

Bilagody is also a member of the grassroots organization Save the Confluence and lives on the Navajo reservation near the Little Colorado River. She explained that her tribe and others continue to face struggles, such as lack of water and electricity, as well as having to grow their own food. On top of these challenges, Bilagody said they also must protect their rightful land from investors who try to steal and lie to them for their own profit.

The Grand Canyon Trust began working with Save the Confluence, whose goal is to protect reservation land. Bilagody explained that the organization is located at the edge of the Colorado River where it joins with the Little Colorado River, hence the confluence referenced in their title. The reservation land encasing the rivers is sacred to about 14 Navajo, Hopi and Pueblo tribes.

“[The reservation] is where our emergence stories come from,” Bilagody said. “This is where our people came from, it is the beginning of our tribes around here.”

Bilagody said Save the Confluence was started in the mid-2000s when Lamar Whitmer, a developer from central Arizona, wanted to get investors to put a resort near the confluence.

Whitmer began a campaign to start building it, and promised the Indigenous people he would bring in jobs and income and the tribes would thus experience economic gain. Bilagody said as the group started digging into the issue further, they realized Whitmer barely had any investors.

“He never got permission from the tribes or people who lived there,” Bilagody said. “He decided he wanted to borrow 65 million from the Navajo tribe to finance it, and this was a red flag to us.”

The tribes were in need of jobs, electricity, roads, housing and running water, Bilagody said. So, there was no way they could lend Whitmer money.

Save the Confluence began reaching out to the world to create awareness and possibly get help to stop the development. The Grand Canyon Trust stepped in to help by posting about it on social media, putting up flyers, creating petitions and coming up with resolutions. After years of fighting, Bilagody said the two organizations were able to persuade the Navajo Nation Council to vote against Whitmer’s proposal in October 2017.

“The Grand Canyon Trust has realized the value of the land and what these businesses will do to the life on this sacred ground,” Bilagody said. “I don’t know how we would have made it without their help, we are so indebted to them and have a lot of gratitude that they are willing to stand by us and fight with us.”

Recently, the Grand Canyon Trust began helping Save the Confluence with another issue. Bilagody said federal officials gave permission to developer Steven Irwin, to build a dam that will take already scarce water from the confluence’s two rivers.

“People need to realize that living here on the reservation, it is hard for us to provide water sometimes,” Bilagody said. “Water is a luxury and the dam is going to use all the groundwater to power Phoenix, Las Vegas and California and then turn around and leave us dry.”

Save the Confluence and the Grand Canyon Trust are working together to stop the dam from being built. Before the pandemic, both the Grand Canyon Trust and Save the Confluence had the advantage of going face-to-face to each governing chapter on the reservation and argue their case, as well as present some resolutions. Now, with COVID-19, they cannot have that in-person communication to really get their point across.

“The developers are trying to push ahead because they think we can’t do anything about it right now, so they are taking advantage of this,” Bilagody said. “ We have social media, we are writing letters and talking to as many people as we can. The Grand Canyon Trust and we, as a grassroots collaboration, are so important.”

In order to get the help they need, Bilagody said that Save the Confluence has a petition on their website and she encourages anyone interested in helping their mission to sign it and pass the word on. Furthermore, those aiming to work within or alongside the Grand Canyon Trust’s mission can learn about ways they can get involved by visiting their website.