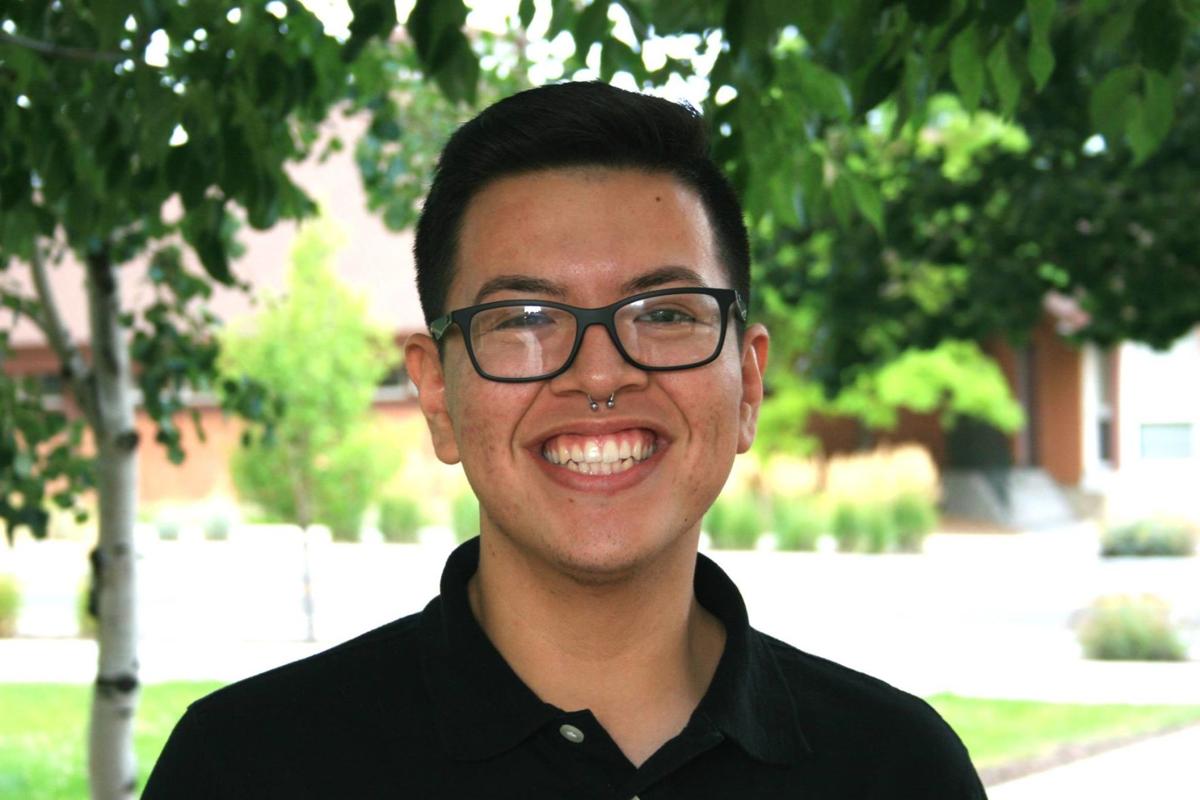 Senior Sedrick Cap encourages NAU students to get involved to make the most of their time in college. Photo courtesy of Sedrick Cap. 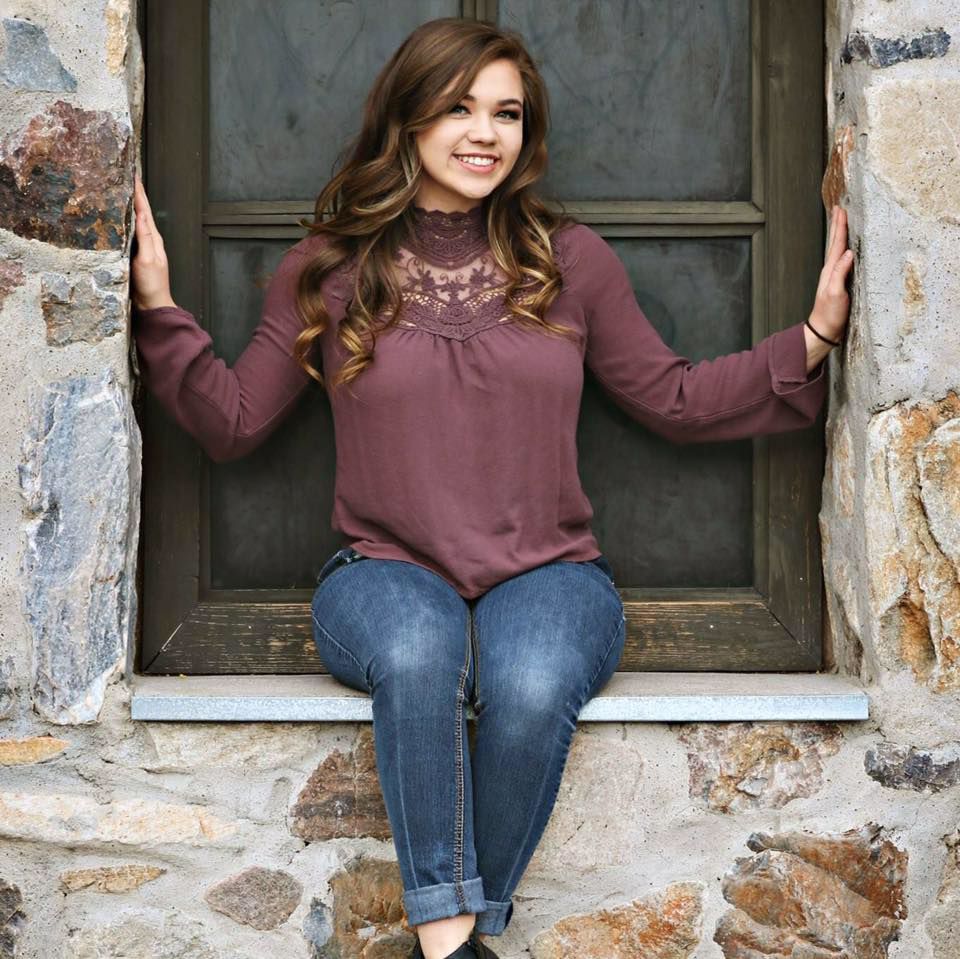 Senior Courtney Coen said moving into her dorm was one of the most memorable moments of her time at NAU. Photo courtesy of Courtney Coen. 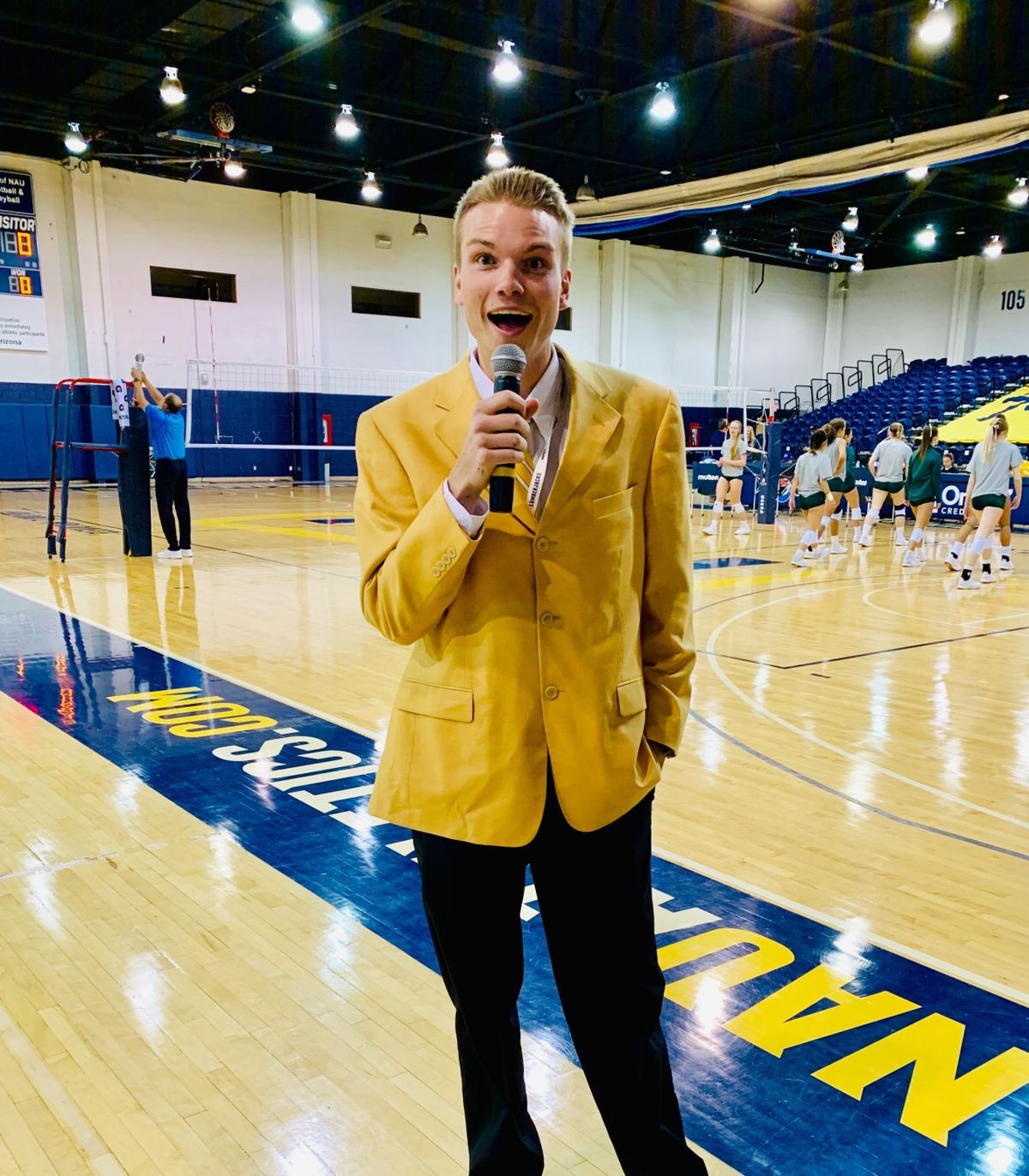 Senior Casey Williams said competing with his intramural basketball team, The Fellas, was one of his favorite parts of his NAU experience. Photo courtesy of Casey Williams. 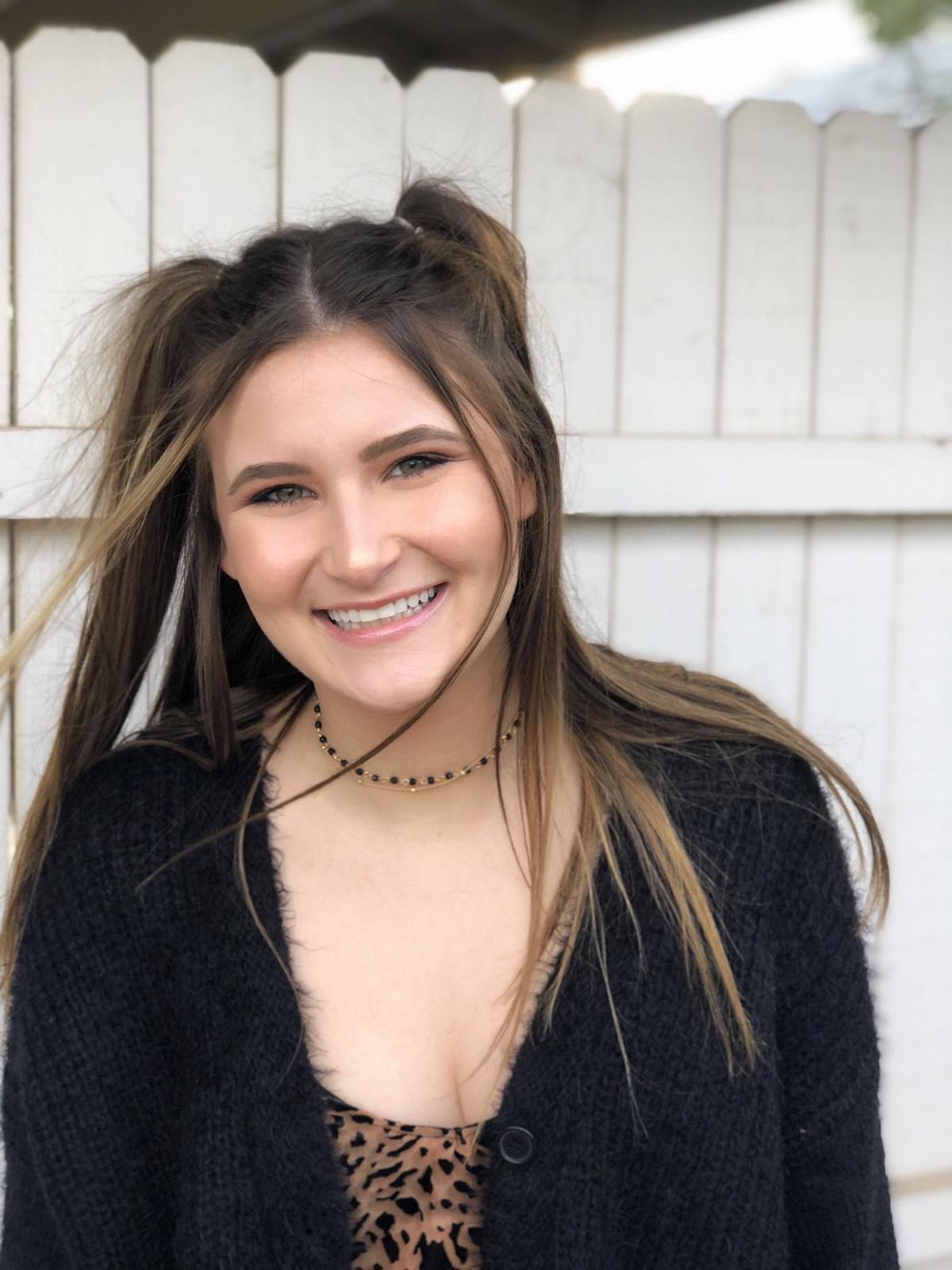 Senior Sedrick Cap encourages NAU students to get involved to make the most of their time in college. Photo courtesy of Sedrick Cap.

Senior Courtney Coen said moving into her dorm was one of the most memorable moments of her time at NAU. Photo courtesy of Courtney Coen.

Senior Casey Williams said competing with his intramural basketball team, The Fellas, was one of his favorite parts of his NAU experience. Photo courtesy of Casey Williams.

“Some of my favorite memories at NAU were being in my freshman dorm on weekends with the people who are now my best friends. We would come up with extremely random things to do, like one-on-one soccer in the hallways, have video game tournaments or go do something crazy around campus.

“I played a lot of intramurals, even if I was not good at them. I think that this is a very cool way to meet people while still being active. You will notice a lot of them throughout the different sports that you play and it will feel like a natural connection.

“For incoming freshmen, I say enjoy the freedom, but still handle your business. I know it can be exciting to finally be away from your family, but you came to college to have a successful career in whatever you want to do. Still, go out with your friends, enjoy the outdoors, take a break and just have fun, because it is college and I know everyone dreams of those college experiences. Live your life while still doing what is best for you.

"For those juniors about to be seniors, enjoy everything that you have coming for your last year. You will never get an experience like your senior year again. Do not be afraid to say yes! Appreciate everyone around you, and be in the moment. Your senior year goes by extremely fast. Soak it in and be grateful that you made it this far. Congratulations to you upcoming seniors!”

“One of my most memorable moments at NAU was moving into my dorm room. I remember that it didn't really set in that I was finally in college until a few hours after my parents had left. It was such an adrenaline rush realizing how much freedom I had and all the opportunities I would have to better myself not only as a student, but as a maturing young adult.

“The interior design program only has a handful of professors that can teach all of the classes offered, so oftentimes we would have the same teacher for multiple classes. One professor, in particular, [Jessica Royale] MacKenzie, really helped me stay on track and not lose motivation. She was very inspiring and I believe she is one of the big reasons why I was able to excel academically. I would say another role model would be my current supervisor at NAU Student Services, Nicole Sallee. Nicole saw my potential early on and continued to provide resources that not only helped me work toward two promotions, but also helped me grow into the professional that I am today.

“One of the most important things I learned at NAU is how to adapt in unexpected, difficult situations. You never know what could happen, so being able to take what you have and run with it is an important skill that can be used in any context.”

“My most memorable moment was when I met my first friend. I didn’t come [to NAU] with anyone from back home. I came here completely by myself and my roommate was random. I was in the [NAU Student Support Services] program, which is like a first-generation program at NAU. They have a kickoff event and I was at a meeting, we were sitting at a round table in [the du Bois center] ballroom. I was sitting with my peer mentor who I had just met at that event, and then three or four other people who were also in that same mentor group. I didn’t know anybody but I was never shy. I’ve always been pretty extroverted. People weren’t talking and weren’t super social and it was very awkward. I was drinking water, taking a sip out of my cup — and the water, this happens to me all the time — it just runs down my chin onto my shirt and it’s embarrassing. I just covered it up and looked around and this girl in my group looks at me and said ‘You think you’re slick?’ and I was like 'Do I know you?' Then, we got each other's Snapchats and phone numbers and we got lunch the next day, too. We became friends and that was my first friend at NAU.

“I learned a lot working and doing other stuff. I think there’s a lot of diversity in the realms that I traveled and who I was connected with. I have been exposed to so much and have worked with all kinds of people that I never thought I would. I’m more open-minded as a result. Even if you think you don’t have preconceived notions, I feel you kind of do. I think in the future, I won’t shy away from working in a new environment that may be completely different than anything else [I've experienced].

“Get involved. That’s cheesy, but it worked for me because I have gotten to travel because of it and I have gone to places I never thought I would. Get involved because you want to expand your resume. Expand your resume, get working on your credentials. I would encourage [incoming freshmen] to get a job even just a part-time job, being able to learn a new skill, like, at a desk job. Get involved in some way. Get a job on campus, get involved in a club, get a position, get involved with a wider organization. I would say get involved because your resume will look good after you graduate, it’s not just your degree that’s gonna get you places. It’s gonna be your degree, your experience and who you know. You want to get to know people and get into these places.”

“My intramural basketball team, The Fellas, was invited to the [National Intramural and Recreational Sports Association: Leaders in Collegiate Recreation] regional basketball championship at Grand Canyon University's (GCU) campus from Feb. 28–March 1 [this year] to represent NAU. We played the GCU club team first and ended up losing 77–38, partly because we ate Popeyes chicken sandwiches before the game and mostly because we only had five players and they had 13. However, The Fellas responded with a win against UA the next day, 60–41. Our team consists of myself and five other NAU seniors: Grant Hettleman, Malik Jones, Jaymes Dickinson and twins Curtis and Dylan Bulger. Our coaches Bradon Bucher and Nick Campbell debuted their coaching careers this tournament and got their first and only wins.

"The Fellas embodied the spirit of many NAU seniors. We're just a group of friends that appreciate the small things, like eating lunch at the Hot Spot or building a snowman in central quad during snowmageddon. College is about connections and experiences. The more people you meet along the way, the better person you become.

“I was the in-game host for NAU Athletics during the 2019–2020 men’s and women’s basketball seasons. I was known as 'the guy in the yellow jacket' or 'mustard man.' My job would consist of throwing T-shirts into a screaming crowd for a Saturday men’s basketball game and trying to make 500 strangers laugh at Star Wars jokes while wearing a bright yellow suit. I wouldn’t trade these experiences with NAU Athletics for anything and I’m glad they gave me the opportunity.”

“It’s hard to choose, but one of my favorite NAU moments was a snow day that happened in February of 2019. The snow was piled up so high and my roommate and I pulled both of our mattresses into the living room to watch movies. We ate all of the food we stocked up on almost immediately. We played in the snow. One of my friends was snowboarding down the street as we went to hang out with some other friends who were snowboarding off their roof in their backyard. We ended the evening by going to The Mayor, which was still open despite the weather. That day just made really happy that I’d chosen NAU.

“I learned to be confident in myself at NAU. NAU has so many open-minded, accepting people and I think that really helped me to be comfortable enough to be myself. I came into college very shy and I am leaving as a much more outgoing person. I used to get nervous to even raise my hand during class, but this year I got asked last minute to [serve as an] emcee at an event with 450 people and I was totally comfortable with it.

I am in Tri Delta, and joining a sorority was one of the best decisions I ever made. It gave me a support system of girls who have my same values. They truly were my home away from home throughout these past four years. I think knowing that I had sisters who loved me for who I am was another big thing that helped grow my confidence. Greek life gave me the opportunity to meet so many different people in different sororities and fraternities. I feel like I spent my college years not only having fun, but I’ve also raised a lot of money for St. Jude [Children's Research Hospital] and so many other philanthropies because of my involvement in Greek life, and that’s really fulfilling.”