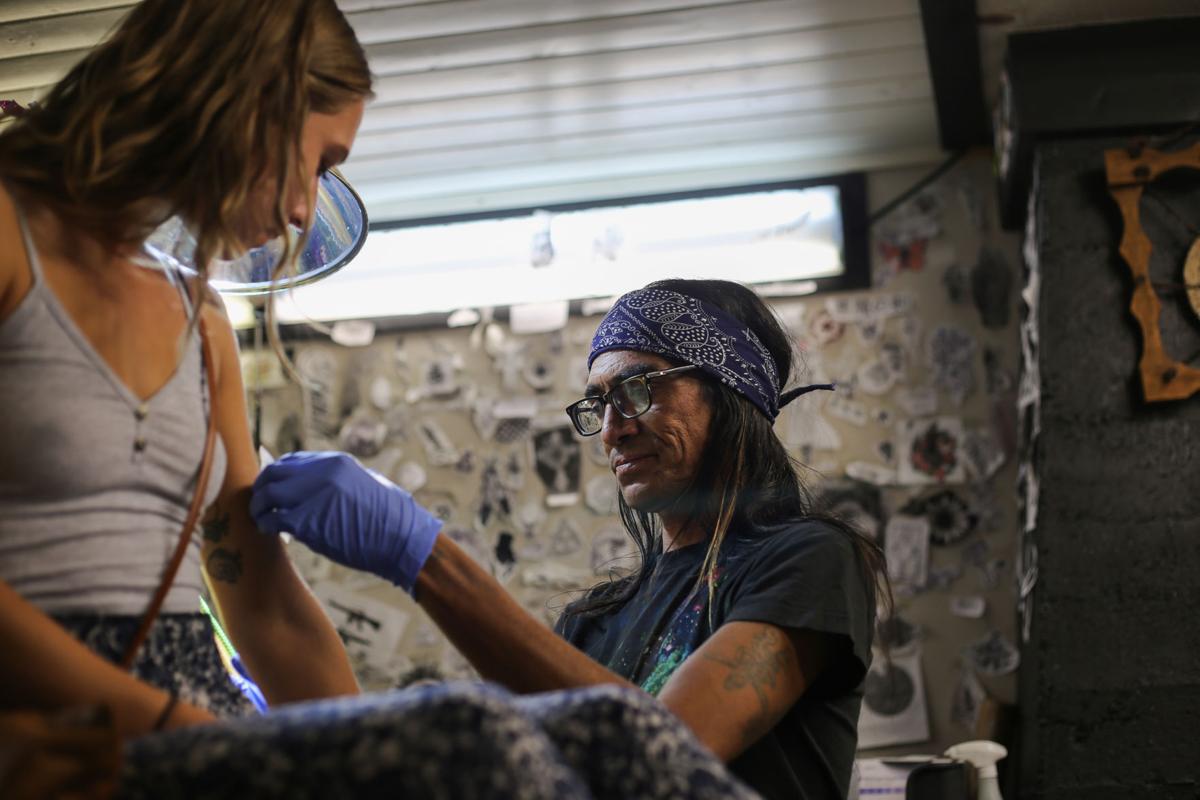 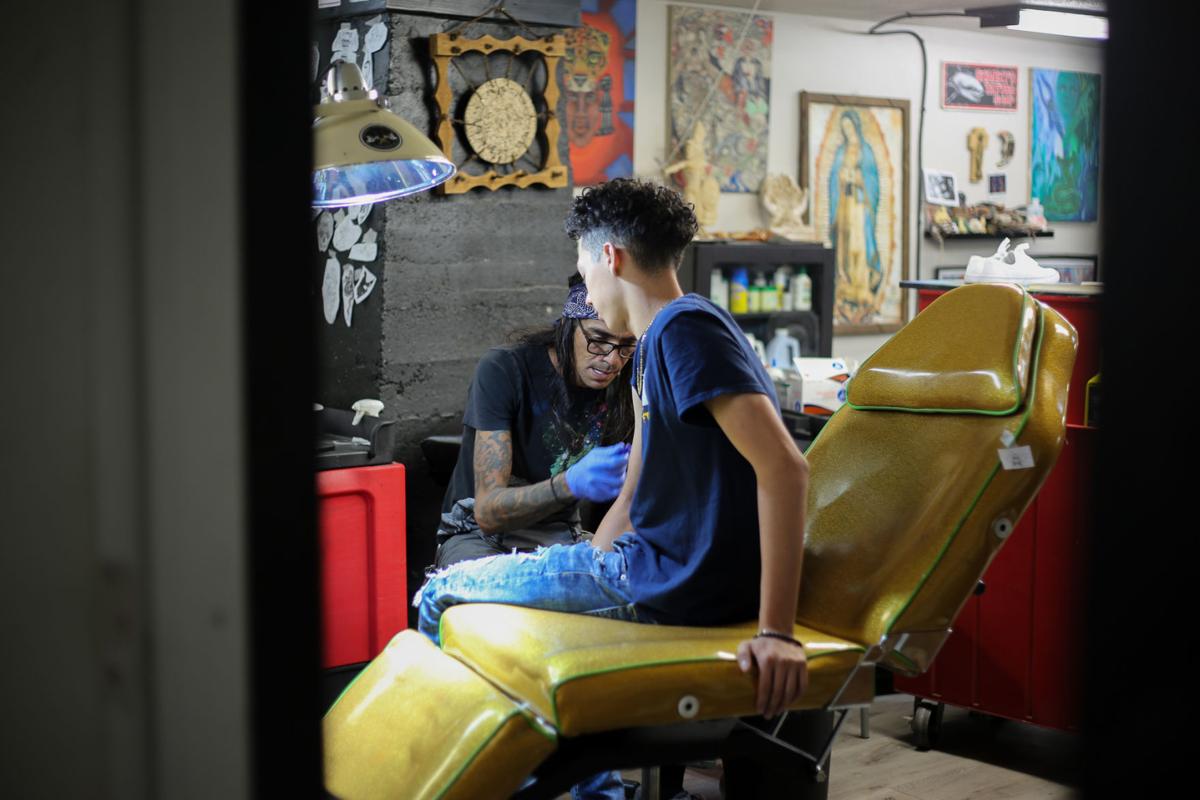 Tattoos can be seen as a form of self-expression, but the cost of getting a tattoo can sometimes be extremely high, depending on the shop or artist. This could ultimately deter someone from getting a tattoo. Looking for a good shop without the expensive price tag can be difficult. However in Flagstaff, an option students feel they can afford is Sacred Ground Tattoo and Piercing where they have a $25 minimum on all small tattoos.

Sketches of tattoo templates line the walls of Sacred Ground, while framed sketches and stickers pop out. An ATM sits in the corner to assist with the shop’s cash only rule, along with work stations for each of the shop’s artists.

“We had a shop down here open in ‘91,” Sandoval said. “David had the opportunity to open up another shop down here, and we were the first successful tattoo shop. So, this place has a lot of history.”

Sandoval said he has been obsessed with tattoos since he was a kid and got his start after a friend made him a tattoo machine. Although his first tattooing experience didn’t go well, he ran into Maestas a few years later, and that’s when things changed.

“I ran into David a couple years later, and he built me a nice [tattoo machine],” Sandoval said. “I started tattooing on the friend who built the first machine, and it turned out well.”

Sandoval said he’s still trying to develop a specific tattooing style. He considers himself obsessed with the craft, and works on improving by working through issues. He likes tattooing so much because he enjoys meeting the different people that come into the shop.

Maestas said that while they have their own clientele who come in to get work done, the number of students who come into the shop varies.

“I’d say [we see students] about 70% of the time,” Maestas said. “It depends on the season, like in the summer when students leave is when we’ll start getting tourists.”

In addition to offering their daily $25 minimum, the shop also participated in a Friday the 13th special, where they offered $5 off tattoos. They have been involved in the popular sale for the last three years. However, this was the first year they officially held and advertised the special on their Facebook and Instagram accounts.

“On Friday the 13th, the other shops get so packed that we end up catching all the residuals, so we get packed in here too,” Maestas said.

When it comes to picking what designs go on the template for the Friday the 13th special, Sandoval said they prefer customers to bring in their own designs, like they would do if it were a normal day at the shop. Maestas said that they would rather tattoo something more personal and meaningful for their customers.

During their most recent Friday the 13th special, the shop had a line going up the stairs and around the corner by 1:30 p.m. The shop got so busy that they ended up telling people to come back the following day.

During the Friday the 13th event, Maestas and Sandoval both did 50 tattoos, and Schuening was close to 100 piercings.

For NAU freshman Monica Houltram and sophomore Mya Gentry, who were in line for the Sept. 13 special, their visit to Sacred Ground marked a new addition to their growing tattoo collections. Gentry said she already has six tattoos, but this was her first time getting inked at Sacred Ground. She said she found the shop because she had heard a lot about it. On the other hand, Houltram said she picked Sacred Ground due to overcrowding at another location in town.

“We showed up a little late to go to [Woody’s Old School Tattoo & Piercing Studio] and the line was already really long,” Houltram said. “So we looked up the reviews for Sacred Ground and it seemed pretty alright, so we came here.”

When it comes to working at Sacred Ground, Sandoval said that being in the shop and working with customers every day is something that can lift his mood, especially because they like the shop to have a mellow and laid back feel to it.

Maestas said he wants customers to come into Sacred Ground and feel comfortable. He wants the body art they leave with to be something they can cherish for the rest of their lives, or just look back on and remember a specific time in their lives.

“I want to be able to make it affordable for people who can’t pay $150 an hour,” Maestas said. “I want it to be a place where people can come, feel welcome, get a nice tattoo and just be of service to the community in our own way.”

Maestas also said he is at the age where he understands that being of service to other people is something great, even if it’s just sitting and talking with someone or giving a customer a tattoo.

“It helps my world become a better place, and hopefully it helps that person, too,” Maestas said.