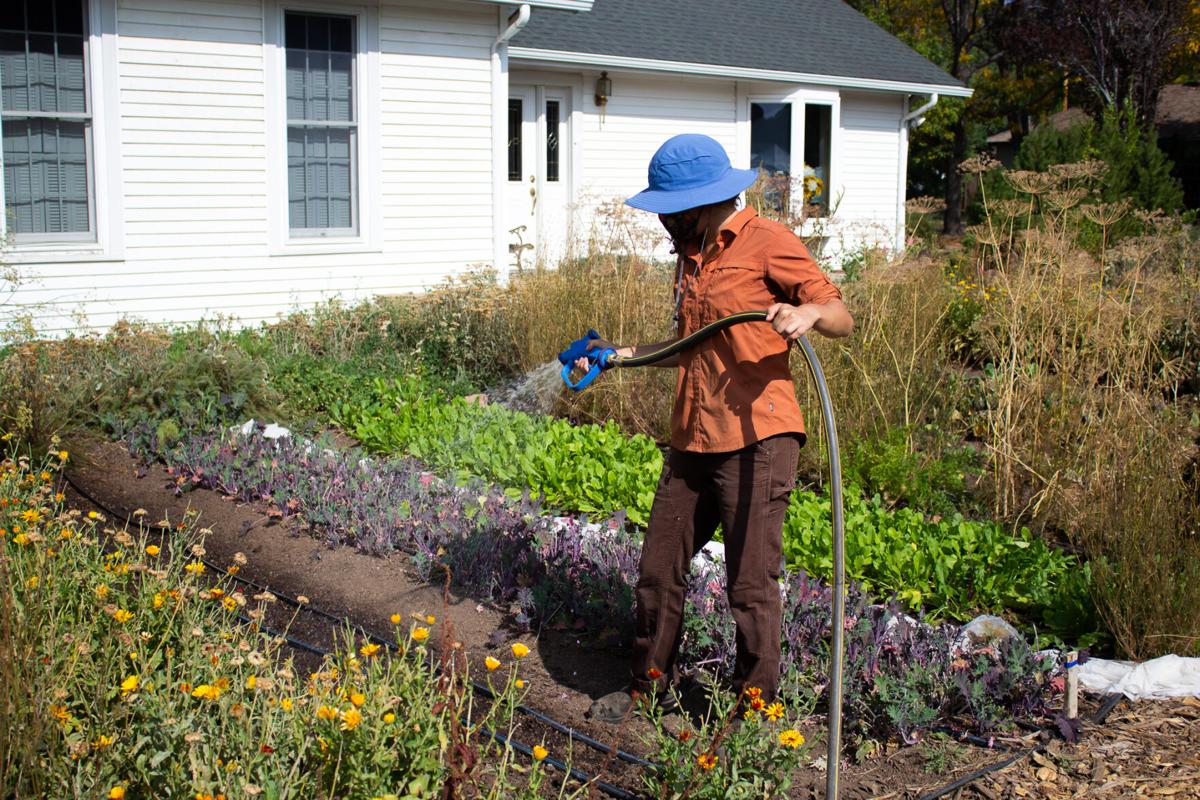 Summer White is pictured hosing down the rows of produce after Flagstaff’s first frost at Roots Micro Farm Sept. 18. 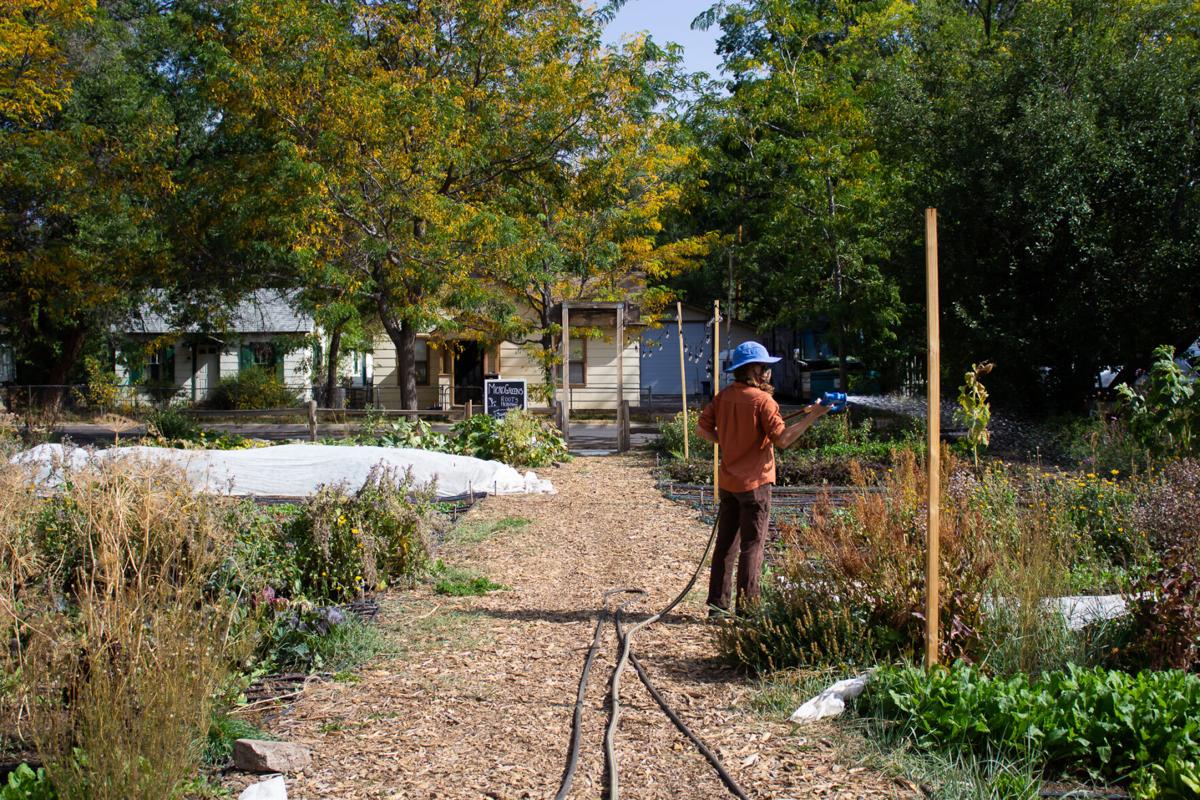 Summer White is pictured hosing down the rows of produce after Flagstaff’s first frost at Roots Micro Farm Sept.18. 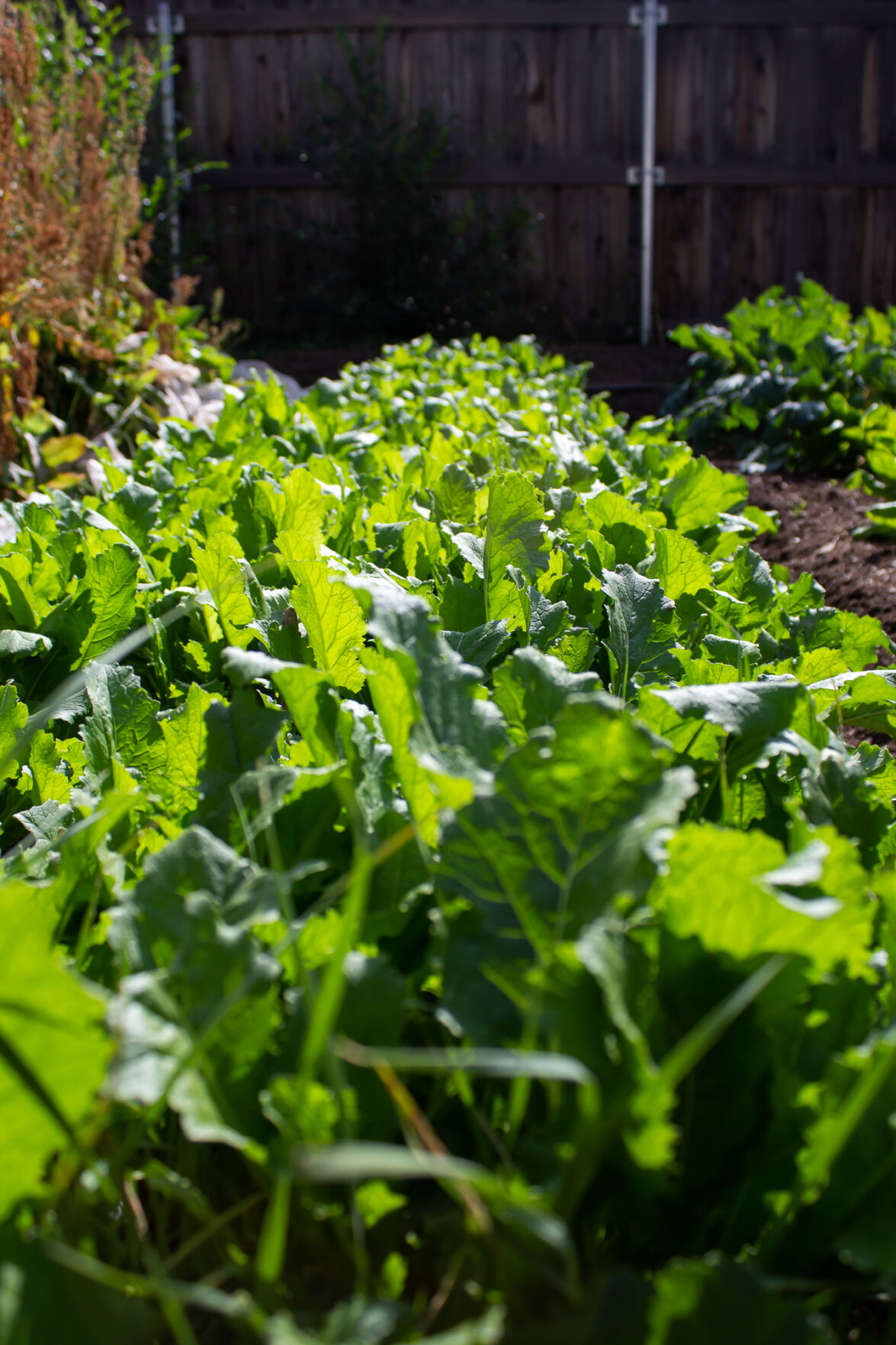 Summer White is pictured hosing down the rows of produce after Flagstaff’s first frost at Roots Micro Farm Sept. 18.

Summer White is pictured hosing down the rows of produce after Flagstaff’s first frost at Roots Micro Farm Sept.18.

With more time on their hands due to quarantine, many locals have been taking special interest in where their food comes from.  Learning about nutrition and food sourcing, however, is nothing new to Roots Micro Farm.

Christina Osterink, a long-term volunteer and former intern at Roots Micro Farm said she enjoys seeing people learn more about their food when they visit the farm.

Roots Micro Farm is a farm on a quarter-of-an-acre plot of land located on Birch Avenue, downtown. The farm is tucked in downtown Flagstaff and is considered an urban farm.

Summer White, the farm’s manager, said Roots Micro Farm has expanded since their first season in 2016. She said she noticed urban types of agriculture becoming more trendy recently. Though with less space, urban farming is on a much smaller scale than usual.

According to WVPE Public Radio, a Michigan and Indiana-based radio station, micro farms are located on five acres of land or less. Micro farms are forced to put forth extra planning, considering they only have so much land to work with.

White explained Roots Micro Farm focuses on farming crops that can mature in 60 days, so they can maximize their small space to its full capacity. Roots continues to maximize its yield by growing produce year-round.

The produce from Roots Micro Farm goes to the local community. The food grown at Roots often finds its way to the kitchens of Flagstaff restaurants. The farm sells produce to a variety of local restaurants including Shift Kitchen & Bar and Local Juicery, White said.

Locals can also purchase produce from Roots at the Flagstaff Farmers Market. In order to  prevent the spread of COVID-19, the Flagstaff Farmers Market was closed in the summer. Therefore, Roots Micro Farm was not able to sell their produce at the market. Typically, Roots mainly profits from the sales it makes at the farmers market. However this year, the farm had to get a bit more creative in terms of getting its produce to the community.

White said Roots Micro Farm added a new item to its list of products, something that allows for community members to grow their own herbs, microgreens and vegetables at home during the pandemic. The product is called edible gardens. They are gardens that are installed at the buyer’s home with the help and guidance of Roots farmers.

White said the edible gardens start with a consultation from the Roots farmers to see what kind of produce the customer should plant at home. From there, the Roots team helps with the installation and can also offer instruction after planting.

The shelter-in-place order gave people extended time at home, which caused many to begin home projects. All sorts of hobbies including gardening and farming were taken up, Osterink said.

White said edible gardens and other urban farms allow people to be self-sufficient in that they are letting people look at alternatives for food supply, rather than just making weekly trips to the grocery store.

Traditional methods of food accessibility, like grocery stores, can contribute to climate change. According to the U. S. Department of Agriculture, farming was estimated to account for 10.5% of U.S. greenhouse gas emissions in 2018.

Osterink said Roots Micro Farms is doing their part in educating its local population. The farm allows schools to come visit and educate children about the benefits of growing their own produce.

Growing one’s own food, Osterink explained, is also important to teach children. Parents, children, college students, and more are welcome at Roots to learn about farming.

Osterink said she doesn’t expect every single person to grow their own food and understands that gardening or farming might not be an option for everyone. While life can get in the way, she said she hopes people who hear about this alternative will at the very least educate themselves about where their food comes from.

While the free time stemming from the pandemic increases the idea of farming and gardening, it is also leaving micro farms like Roots to put more work onto their limited staff.

“The best way right now for people to support local agriculture is to reach out to their farmers directly,” White said. “Do a bit of research, see what growers are in your area, see if they can purchase and keep them in business.”

It is not just Roots Micro Farm that is seeing the potential and impact of urban agriculture. According to the Phoenix New Times, Phoenix City Council approved the 2025 Phoenix Food Action Plan on March 4. This plan revised codes in order to clear obstacles that block urban agriculture and encourage education through urban farming.

White explained it is important to make a lasting impact and show the community that sustainable food systems are available locally. She said she and others at Roots hope to inspire more people to start their own gardens or small farms in order to create better alternatives for sourcing food.

According to EcoWatch, an environmental news website, it is estimated that by 2050, 68% of the world’s population will be living in urban areas, and therefore, many farmers like White are hoping that farms like Roots are here to stay.