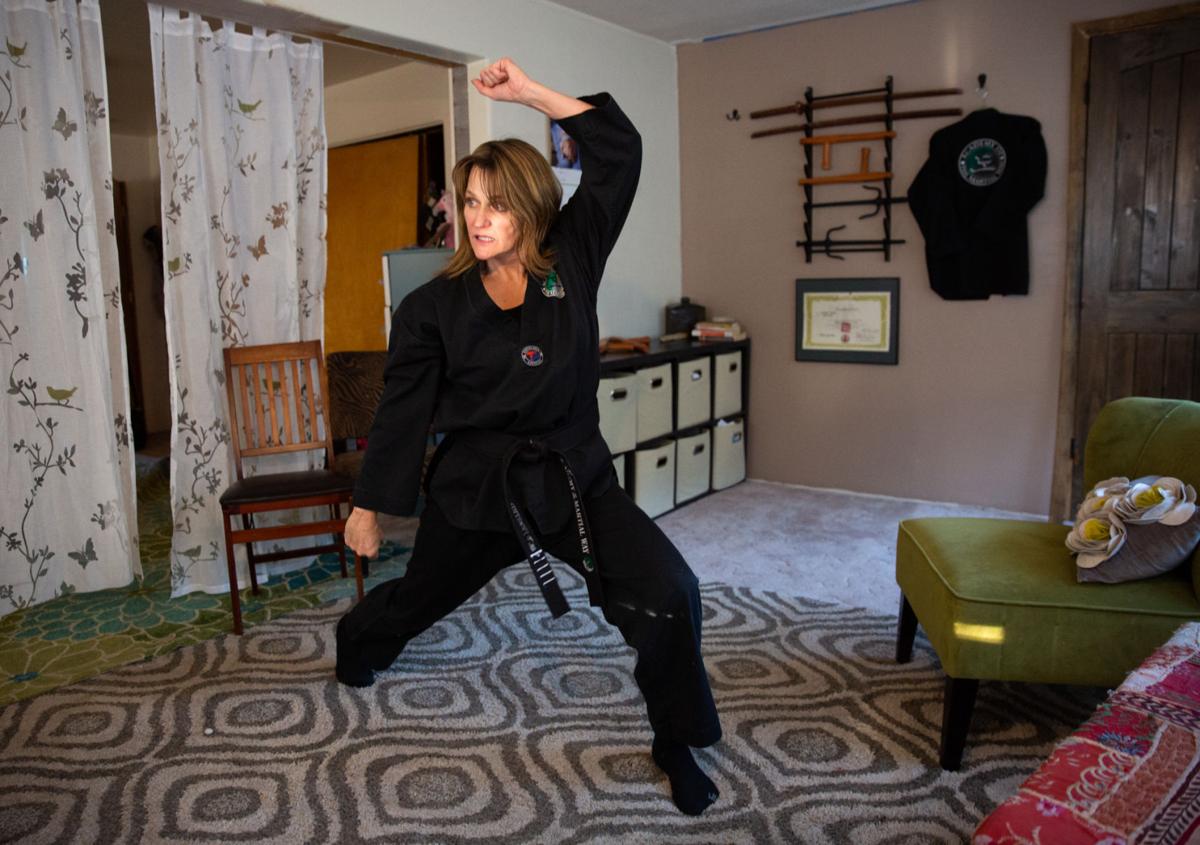 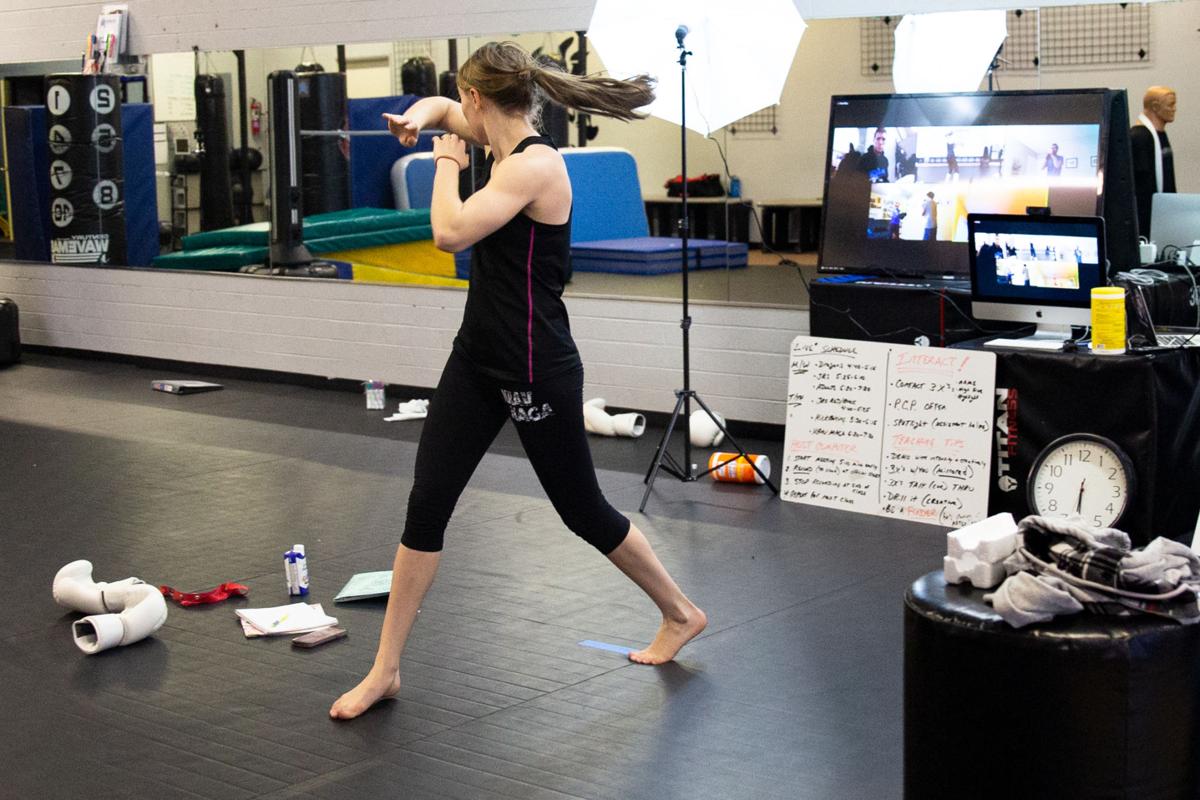 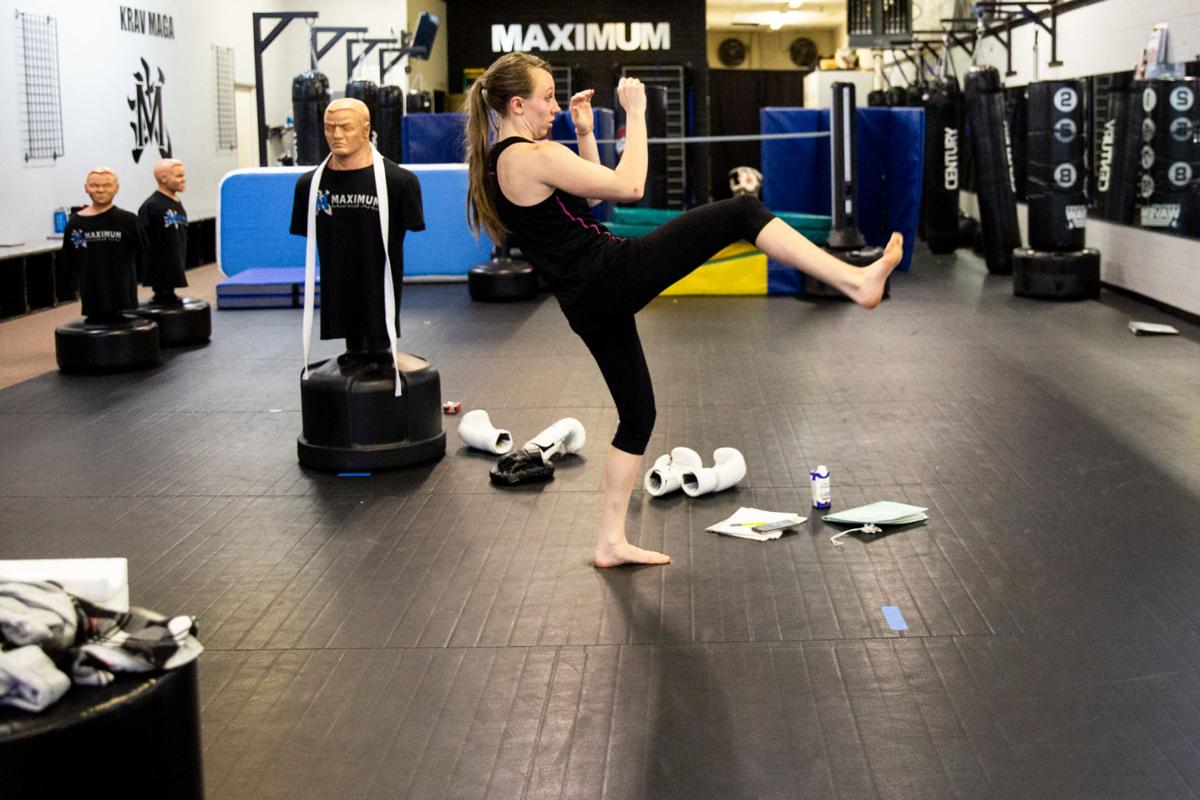 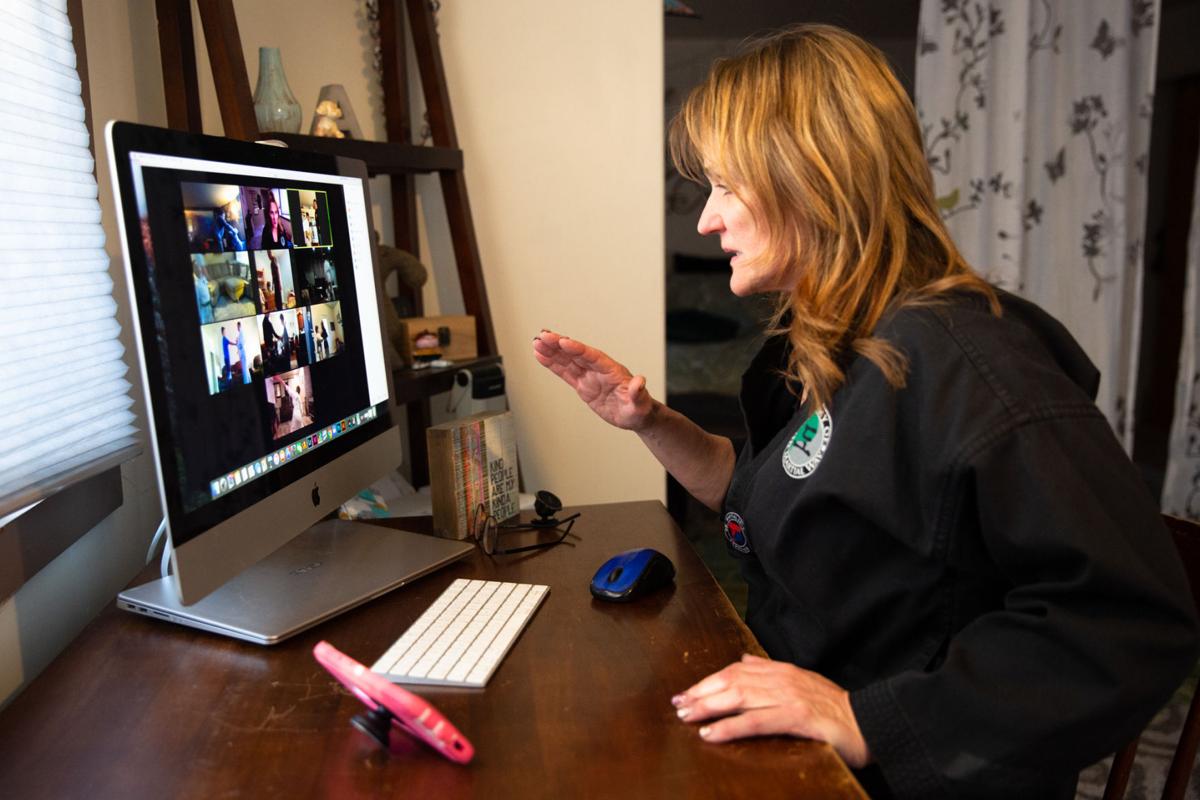 For many students, attending college may be the first time they live on their own. Whether the goal is to feel protected, empowered or simply to get a good workout, MMA studio owners and their students agree self-defense is an exceptional opportunity for the Flagstaff and NAU communities.

Studio owner Jim Ginter has been sharing his knowledge at his studio, Maximum Martial Arts, since 1986. Ginter said the studio was originally based in Minnesota but moved to Flagstaff in 1998. For the past 22 years, Ginter and his team have offered classes specializing in Taekwondo, kickboxing and Krav Maga. Due to the recent closure of businesses as a result of COVID-19, the studio has moved classes online, via Zoom.

Krav Maga is a system of self-defense that originated in Israel. Ginter said Krav Maga can be learned at a much faster rate than other martial art forms. It is based on principles rather than techniques — redirect, control, attack and takeaway (RCAT). He said RCAT makes it possible for anyone to defend themselves.

“In one day, you can kind of understand it and after a month of drilling it, you’ve got it down,” Ginter said. “So, easy to learn, easy to apply and then it’s easy to recall because we use a lot of muscle memory techniques.”

Kim Farinella, professor of communication sciences and disorders at NAU, has been practicing Krav Maga and Taekwondo at Maximum Martial Arts for the past seven years. She described Taekwondo as an art form but said anyone can learn Krav Maga.

“I feel safer, not just because I know how to fight or defend myself, but we’re trained on other things like how to scan a room, how to have better situational awareness,” Farinella said.

Farinella said many people believe she wants to fight because she is trained to do so. However, she explained that her experience with self-defense has taught her to diffuse situations rather than to get involved simply because she can.

Although many Krav Maga students only attend for a few months, Farinella explained she has stayed for years due to the fitness aspect the classes offer. She said endurance plays a large role and can make the training difficult. After being involved for so long, Farinella said she is in the best shape of her life.

In addition to personal benefits, Farinella said Krav Maga classes have also benefitted her as a teacher. She said she tries to train her students to be aware and make safe decisions to avoid life-threatening circumstances. Farinella said the classes provide a variety of experiences to help prepare students for anything.

Ginter said his studio offers a free self-defense seminar for women in April as it is Sexual Assault Awareness Month. Additionally, Ginter said the studio works with the community to provide other free events throughout the year, which gives almost anyone access to basic training.

To Farinella, the Krav Maga class is invaluable to the community, as the majority of the women who attend have been in horrible situations. While she is a student at Maximum Martial Arts, Farinella explained she often helps the instructors during seminars by demonstrating techniques.

“I get to show them that someone my size can be very powerful,” Farinella said. “It’s very motivating for the women who come.”

Ginter said many people have basic training for emergencies like fires and health crises but not for self-defense. He explained while these principles are important, people often neglect to learn to defend themselves despite statistics on dangerous situations.

During the seminars, Ginter said he has found many people have been in or know someone who has experienced a threatening encounter. Meanwhile, he said very few have experienced a house fire or had to perform first aid. To Ginter, attending a self-defense seminar can be lifesaving.

“You don’t have to join a martial arts studio like mine, but take a seminar,” Ginter said. “Just a two-hour, three-hour seminar once a year or every two years. I think everybody should. That’s kind of our community outreach. It’s not a sales thing, I never sell it. I just say come in and do something. I think everybody should have at least a little bit of know-how.”

Similarly, Mechelle Felsted, owner of Academy of the Martial Way, has been training the community in MMA for 11 years. Felsted’s studio focuses on the techniques of Taekwondo and offers two self-defense classes. She said her classes have also moved online to Zoom due to the pandemic.

Felsted has been training in MMA for 18 years. She originally got involved in the sport after an alarming situation.

“Somebody was being unkind to my son and we were at the dog park,” Felsted said. “I walked over to him and I didn’t feel equipped to protect myself. So, the next day I [took] my first martial arts class.”

As a whole, Felsted said her mission is to help individuals become the best version of themselves. Specifically, she and her staff focus on the principles of Taekwondo, which include integrity, perseverance, courtesy, self-control and indomitable spirit.

Felsted said the studio offers a free women’s self-defense class every three months, the next slated for May 22. The main focus is on seven techniques an individual can use to defend their life. Along with the physical techniques, she said the class explores mental preparation.

“That class is part physical but a lot mental,” Felsted said. “We go over what the perpetrator is going to be saying to you, what you’re going to want to believe, and we prepare you mentally of a better way of handling the situation than you might have done if you didn’t take the class and weren’t prepared.”

Felsted explained she strives to make the exercises in her classes authentic in order to properly prepare her students for real-world situations. She said because perpetrators are almost always larger and more powerful than the assailant, it is important to focus on concepts like body mechanics.

Ideally, Felsted said she wants her students to be able to walk away from dangerous interactions in the end. She emphasized the importance of defending oneself rather than complying.

Farinella explained the techniques used in self-defense classes can be intimidating at times due to their real nature. However, she said it has put her in tune with her instincts and allowed her to click into gear when necessary.

Felsted said The Academy of the Martial Way is a character development center as well as an MMA studio. She said she wants to be available to her students and help them get through difficult issues in their lives.

“In the situation that we’re in right now, a lot of people are feeling stressed or unsure about the future,” Felsted said. “In martial arts, we stress inner peace through meditation and pushing ourselves. I would just encourage everyone to take some deep breaths and know that it’s going to turn out OK and we’re going to be all right.”

Through seminars, basic MMA principles and lifelike training, Felsted and Ginter agree taking self-defense classes is the most important action one can take against endangerment.