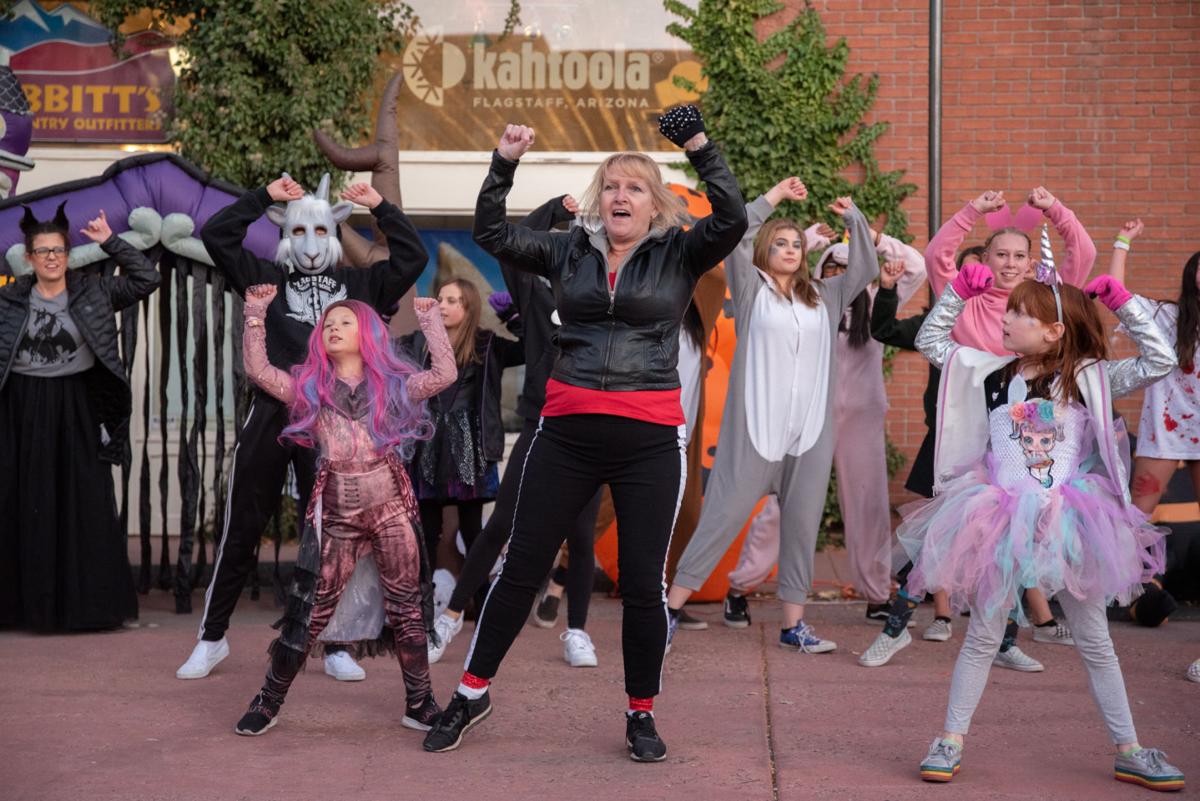 Rhonda Harris, a dance teacher for All That Dance, leads the "Thriller" flash mob at Heritage Square Oct. 31. 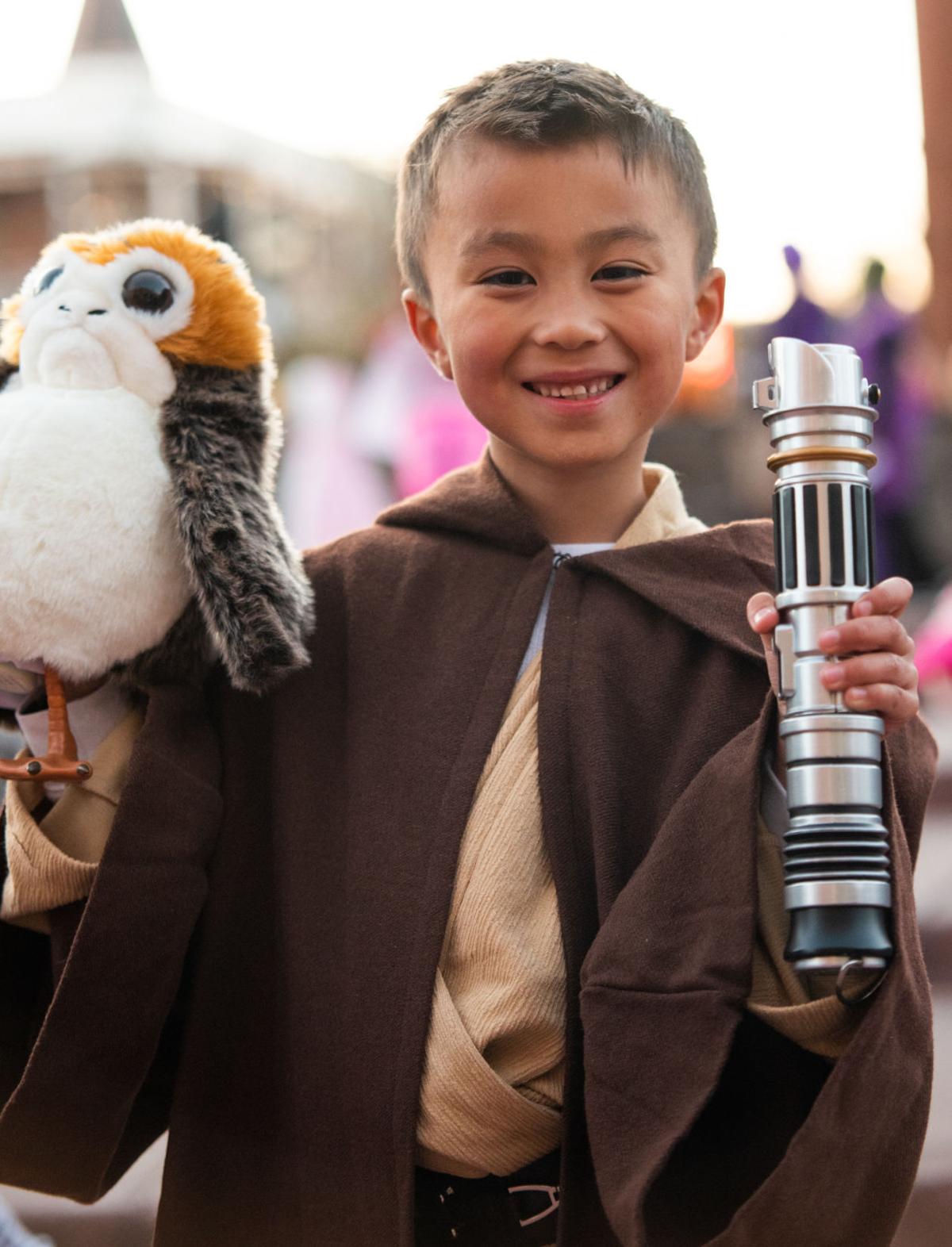 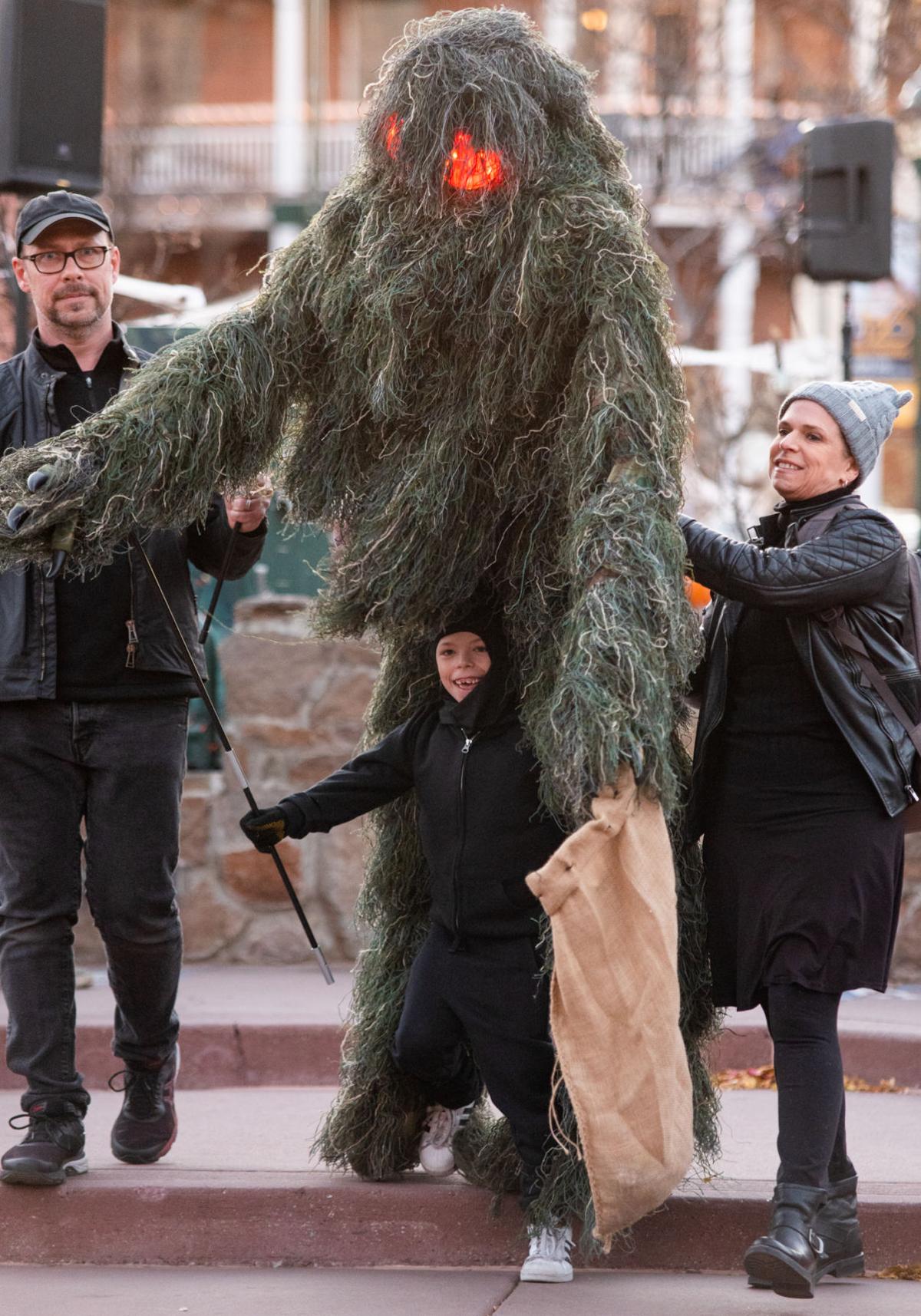 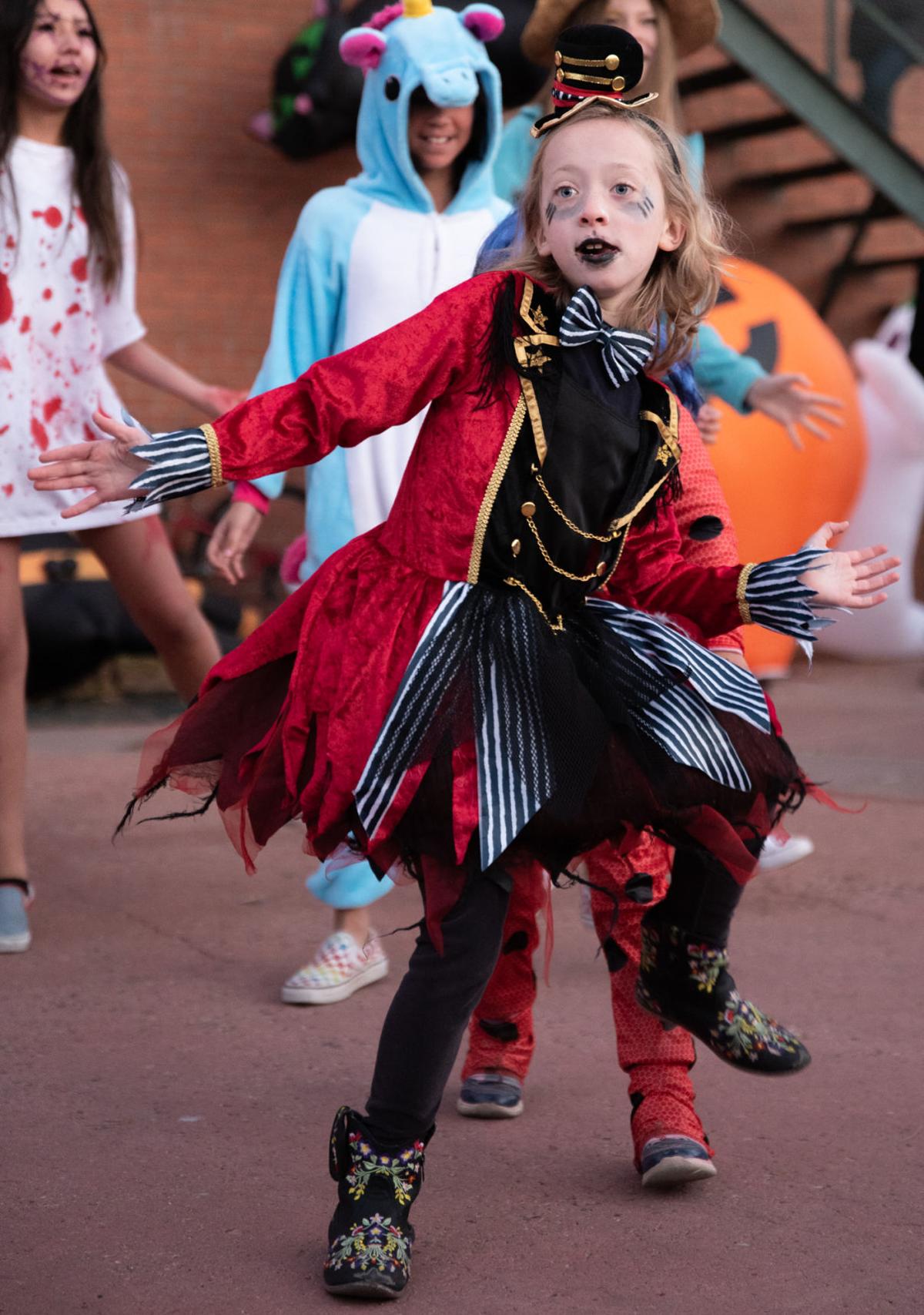 Rhonda Harris, a dance teacher for All That Dance, leads the "Thriller" flash mob at Heritage Square Oct. 31.

Dancers from around town prepared to perform in a “Thriller” flash mob in Heritage Square on Halloween night.

Rhonda Harris, a dance instructor at All That Dance, teaches her students the choreography for Michael Jackson’s hit song “Thriller” every Halloween. In the past, her students have performed the routine in flash mobs, but they eventually went back to just learning it for fun.

“The music video for “Thriller” came out when I was in college, so my friends and I would watch it over and over again to learn the choreography,” Harris said. “I even performed it at halftime with the school’s dance team.”

The Halloween Harvest festival included a costume fashion show and a trick or treat trail with over 40 participating businesses, along with crafts and special deals at certain shops. Leikam thought a flash mob would be a fun addition to the festivities.

“I participated in the flash mob last year, and it was a lot of fun,” Leikam said. “Rhonda has experience with flash mobs, so we were able to collaborate to make it a successful night. I think this will definitely be a great tradition.”

The flash mob was open to people of all ages, and participants were only required to attend one rehearsal before the Thursday evening performance, although there have been rehearsals throughout October. Harris has over 40 years of experience teaching dance and has been dancing herself for 51 years.

“I love kids, and I love seeing my students learn and grow,” Harris said.

Graham said the experience so far has been eye-opening to how agile she really is. However, she quickly learned choreography is much harder than it looks. She gave the girls at the studio a lot of credit because they are able to pick up multiple routines while she struggled to learn just one.

“Michael Jackson was a very intense dancer and he had some unique moves,” Graham said. “I don’t think my hips are going to move quite like Michael Jackson’s, but I’m excited either way. I grew up in the '80s, so of course, I wanted to learn the “Thriller” dance.”

Jackson was a prominent American musician known by many as the King of Pop. Although he died in 2009, his music remains exceptionally well-known.

The “Thriller” music video first aired on MTV in 1983 and showed Jackson performing a dance routine with a horde of zombies. The 14-minute music video remains popular today, and the choreography has been used in various flash mob routines.

Graham said dancing with her daughter was a great bonding experience. The two dance together at home, but it was a completely different experience trying to dance seriously. Graham and her daughter giggled and had a lot of fun at the rehearsals.

When they first attended rehearsals at All That Dance, they were welcomed with open arms. Graham said her daughter really enjoys seeing her step out of her comfort zone.

Graham’s advice for future participants in the flash mob is to just have fun with it. Being in a flash mob was a new experience for Graham because she did not grow up around that style of dance.

“I haven’t danced in years, but I’m having a lot of fun dancing with my daughter,” Graham said. “My daughter is still excited to dance with me right now because she’s tiny, but if she’s still cool with this next year, I would definitely do the flash mob with her again.”

The participants were encouraged to attend in a costume on Halloween night, and Graham and her daughter did just that. Graham considered dressing as a zombie, while her daughter went as a character from Disney’s "Descendants."

For many of the dancers, the idea of performing in front of such a large crowd was nerve-wracking, but Harris has faith in her dancers. Although Harris did not participate in the flash mob herself, she said her students did great at the rehearsals and they did great at the show last night as well.

At dusk on Halloween, Harris’ ghoulish flash mob descended upon Heritage Square and put their practice to good use. Graham and her daughter joined a plethora of other community members and dancers from the studio for their first performance in front of a live audience.