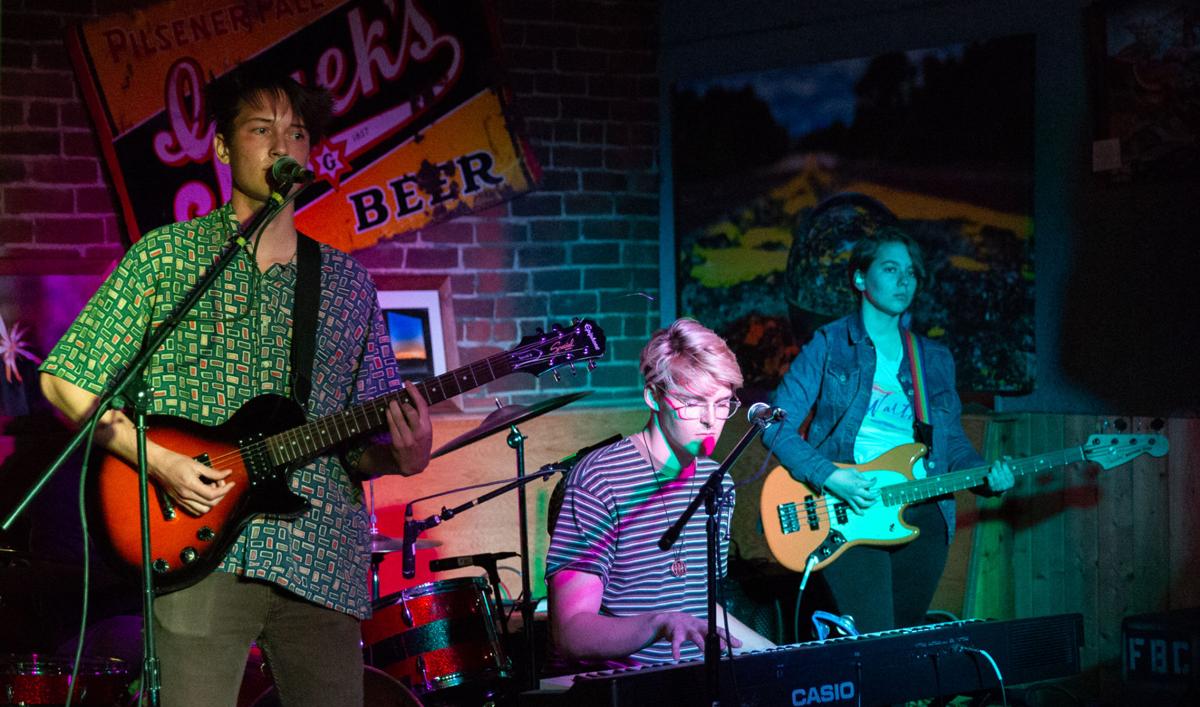 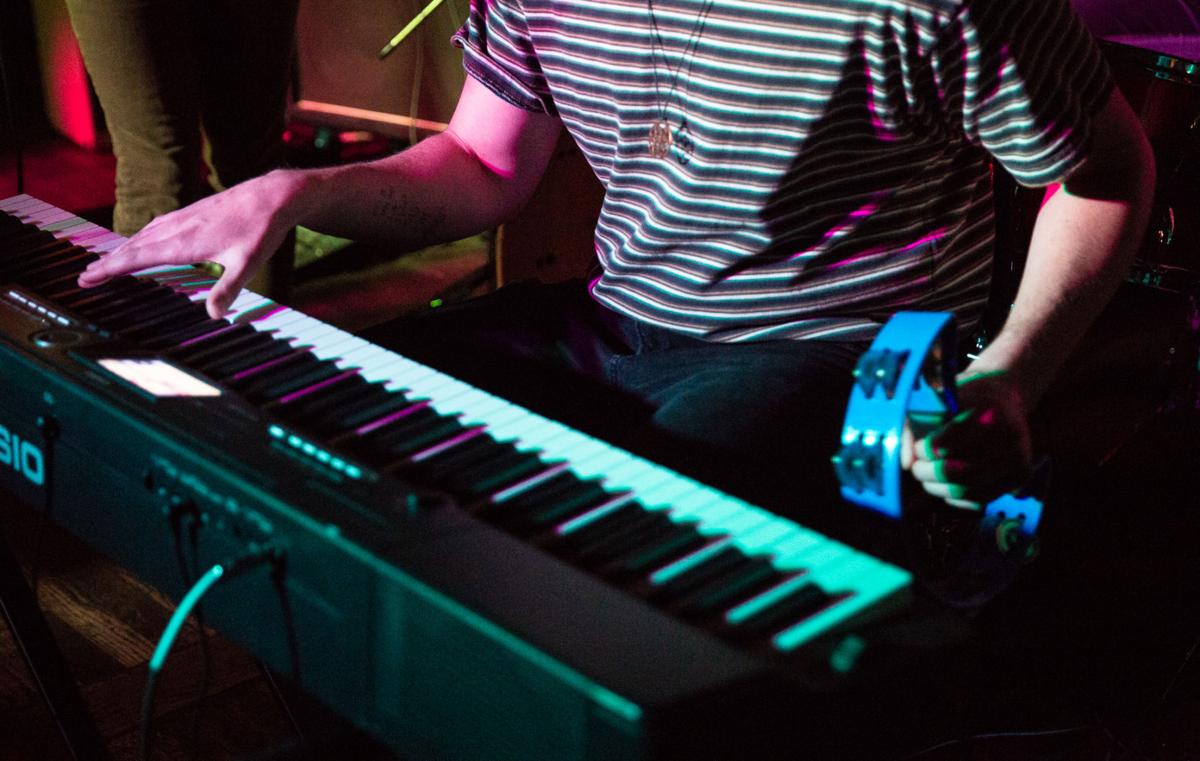 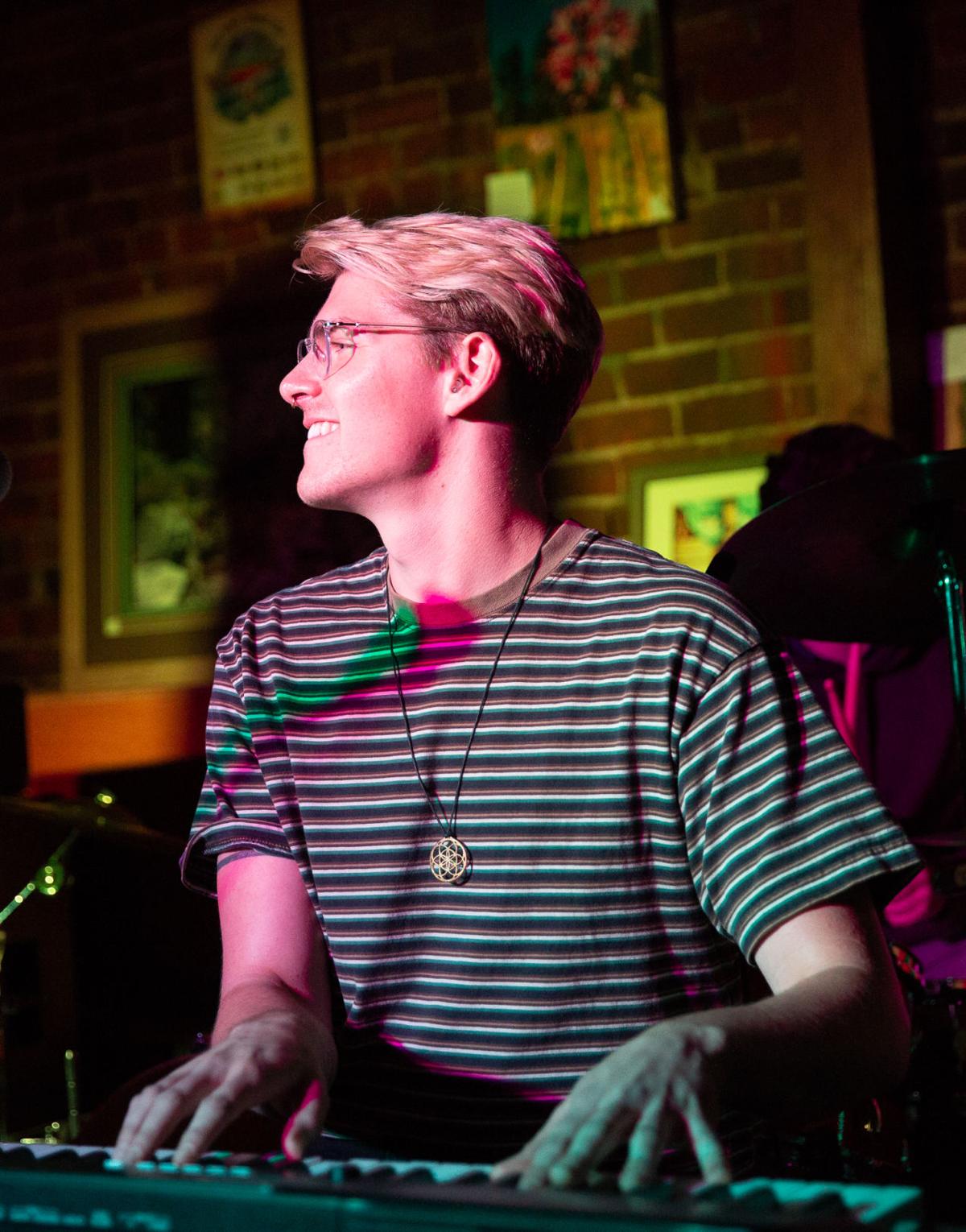 Flagstaff is home to a few local bands, but none are quite like Possum Pants. From the band's unique name to the members themselves, Possum Pants makes an impression attendees will not forget.

Since the band was first formed in 2017, Possum Pants has undergone many changes. DeHart and Endres started playing covers together their freshman year and were temporarily in a separate band called Dike Down.

“We formed Dike Down because our other bandmate and I, we're both lesbians, and we thought that was a fun play on words,” DeHart said. “She ended up leaving the band soon after, but Brian and I still played together.”

Henderson and Bagdonas joined Possum Pants recently after hanging out with DeHart and Endres. The entire group has been together for about seven months.

DeHart credits the band Beat Happening and its song “Indian Summer” for their unique band name. One of the song’s lyrics mentions a “boy playing possum,” which led DeHart to make a joke about possum pants.

The band is inspired by groups like Talking Heads, The 1975 and the Phoenix-based band Diners. Henderson, Possum Pants' pianist and guitarist, said he especially likes Hozier’s style as well.

Possum Pants became popular earlier this year after playing their first show with the band Minivan in September.

“We owe a lot of our success to JJ Soleimani from Minivan, because he was the one who helped us get our first gig,” Endres said. “He invited us to play with him and the rest of Minivan at Firecreek Coffee Company this year, and we just took off from there.”

Endres said the band’s unique style has helped them gain popularity at local venues, but his bandmates all have different ideas of what genre their music is. He described their music as dance-disco and alternative, while the rest of the band disagreed and described it as campy-twee and cuddlecore, which are sub-genres of Indie pop designed to be reminiscent of innocence and sweetness.

“All of our songs sound different because we don’t want everything to sound the same," Endres said. "To us, too much similarity is the quickest way to become forgettable as a band.”

Possum Pants fan Nikki Gibala said she has known DeHart and the rest of the band since 2018 and professionally photographed them this semester. Gibala said she is excited to see what the band will do in the future.

“I love Possum Pants, mainly because of their super unique surf-rock and psychedelic sound, and their music sort of reminds me of The Buttertones,” Gibala said. “They’re also just such wonderful people as well. They have so much potential.”

When it comes to covers, the band loves to play “Psycho Killer” by the Talking Heads. Possum Pants is not just a cover band, though. The band’s favorite original pieces are “Young Man” and “Map to the Stars.”

"We spent an entire day working on "Young Man," and we got to perform it at our first gig,” Endres said. “It was so satisfying to know that we put in the hard work for the song, and everyone enjoyed it.”

After their first performance at Firecreek, Possum Pants headlined a show at The Hive.

Although the group loves performing, being in a band can be a major time commitment. Some of the band members had to surrender shifts at work to practice. Bagdonas said it can be difficult to keep up with homework, especially when they have a performance coming up.

“We just enjoy playing together, and our practices are always something to look forward to at the end of the week,” Bagdonas said.

Endres said sometimes he lets his band life dominate his other commitments, but that is just the music industry. He lives with two of the other band members and always has fun spending time with them. The band members also work together to learn new techniques and write new songs. Endres said writing lyrics is akin to completing a puzzle.

Henderson said he enjoys seeing where his bandmates’ passions intersect and talking to other musicians at shows. For him, joining Possum Pants was an eye-opening experience.

“As soon as I started playing with these guys, I realized that I wanted to do something with music as a career," Henderson said. "I changed my major to music with an emphasis in Classical Guitar, and I’m really excited to see where we end up.”

Bagdonas will graduate this December, so the band is trying to squeeze in as many performances as they can before he leaves. They will play two shows in October with Minivan, and they plan to get more gigs in November as well.