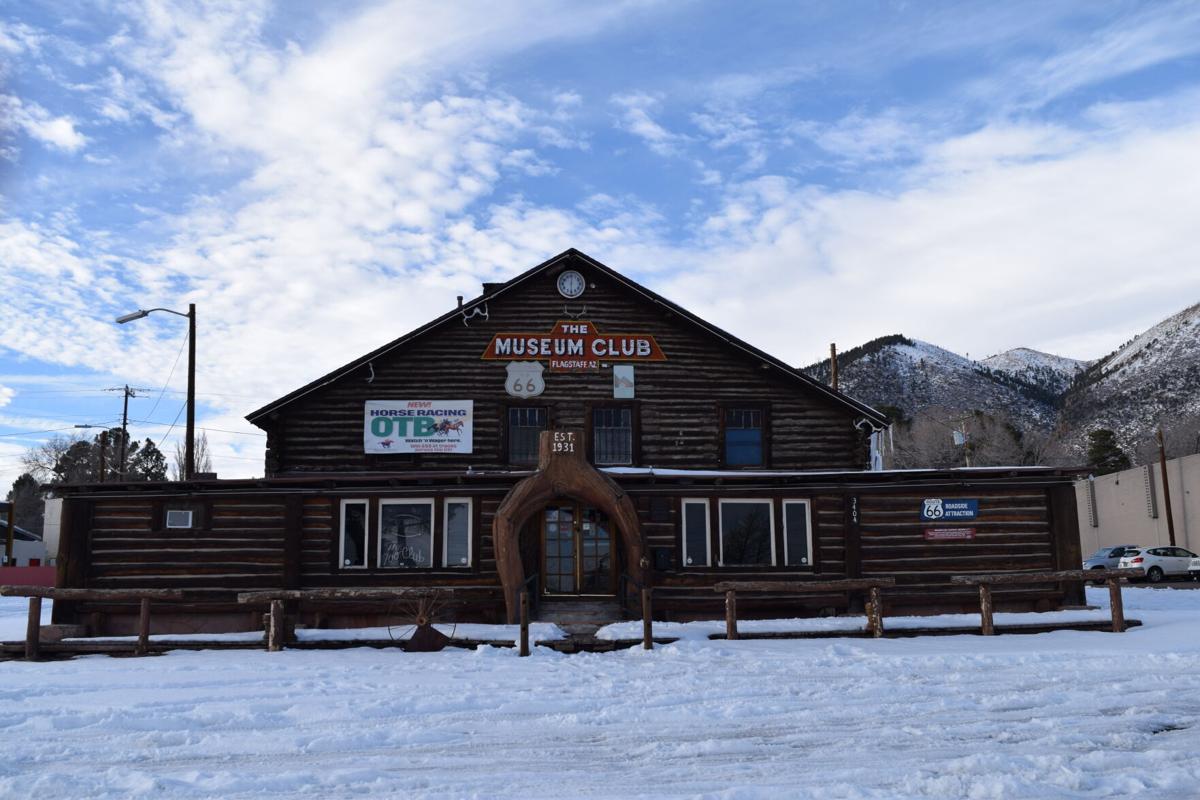 The Museum Club property stands even after the bar closed, Jan. 31. 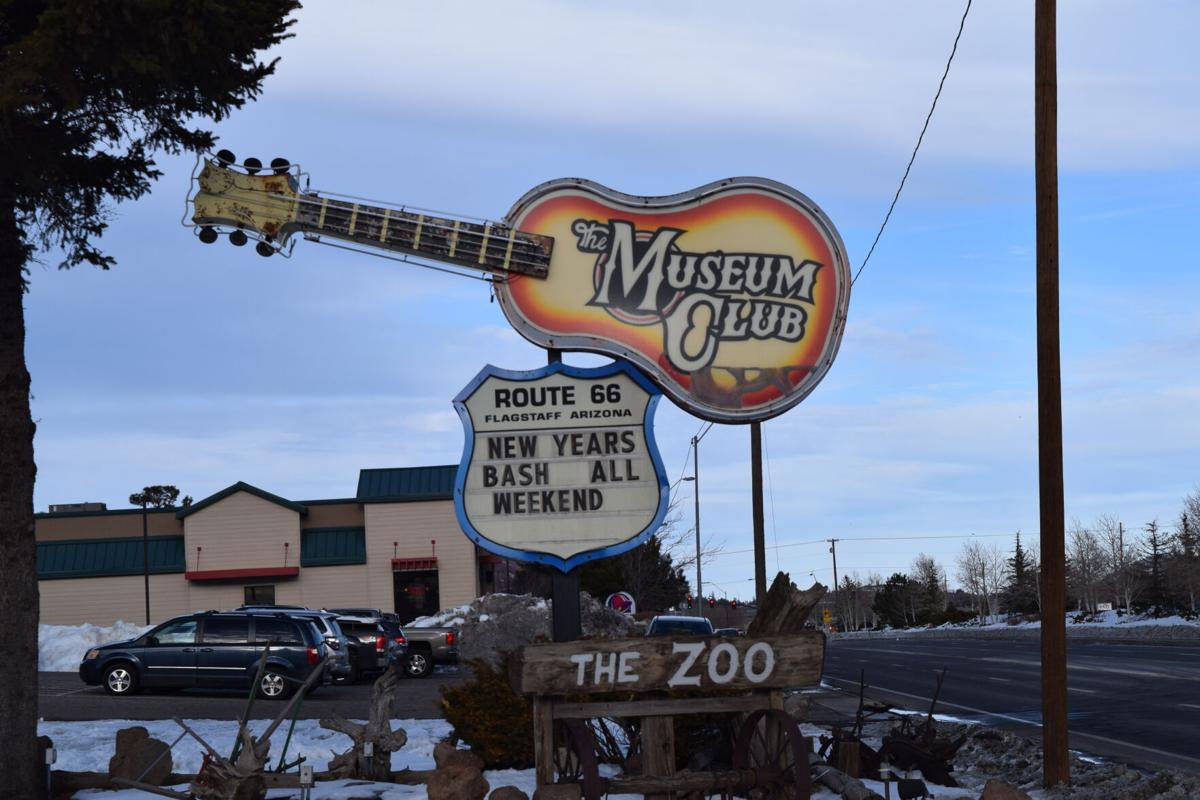 The Museum Club sign promotes the New Year's celebration they had put on, Jan. 31. 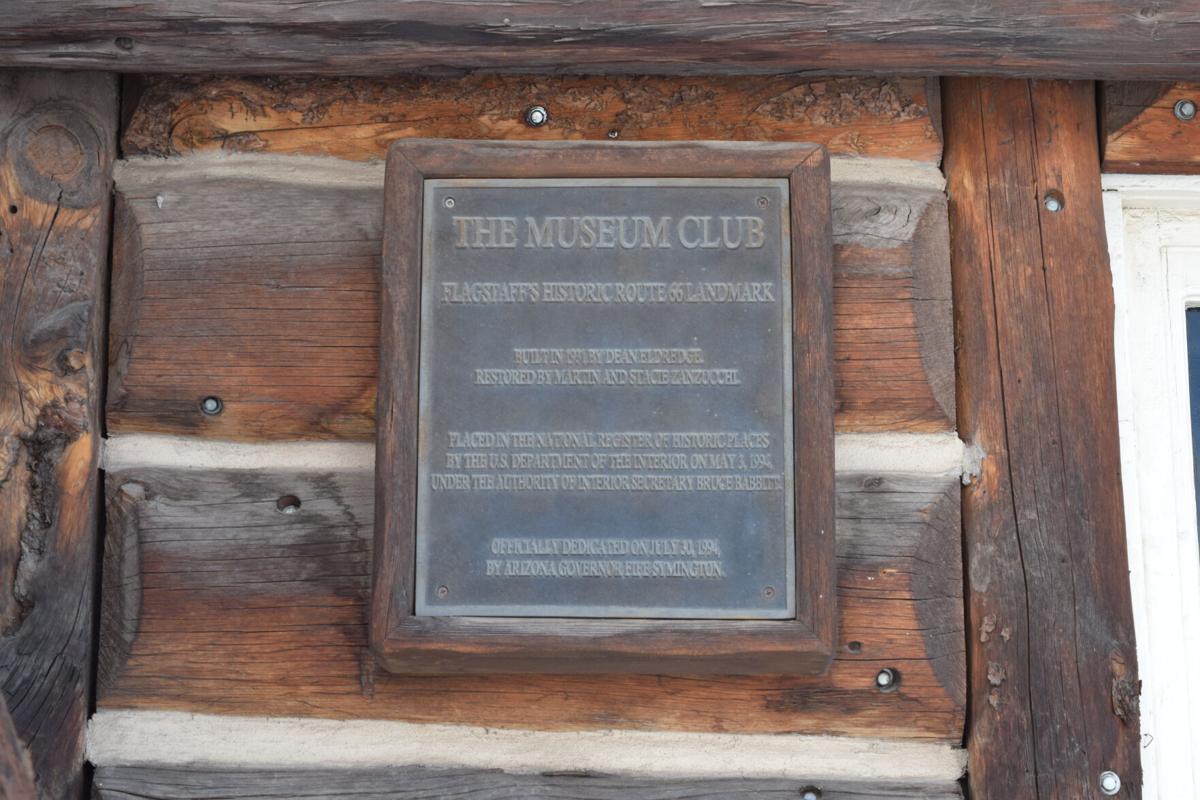 This plaque outside of the Museum Club's location reads that it was established in 1931 by Dean Eldredge, Jan. 31.

The Museum Club property stands even after the bar closed, Jan. 31.

The Museum Club sign promotes the New Year's celebration they had put on, Jan. 31.

This plaque outside of the Museum Club's location reads that it was established in 1931 by Dean Eldredge, Jan. 31.

It is no secret to Flagstaff residents that the Museum Club has been the place to go for Wednesday dime nights and other weeknights for karaoke and line dancing. On Dec.28, 2020 via Instagram, the Museum Club announced it would be shutting its doors for the second time in its 84-year history on Jan. 3.

The Museum Club was originally a taxidermy shop founded in 1931, according to the Arizona Daily Sun. The club shifted in the hands of numerous owners until it was bought in 1963 by Don Scott, a famous steel guitarist out of Texas who played for Bob Wills’ Texas Playboys.

Country music artist Ray Scott has been recording and touring globally since 2005, with hits having chart successes in both the United States and United Kingdom, according to his website. Scott began his career playing the Museum Club and has returned intermittently throughout his 15-year career. When Scott learned of the news that The Zoo, the nickname given to the Museum Club by its patrons, was closing, he said he felt as if an iconic destination was being eliminated.

“I loved this club because it was extremely rustic, like it might have been in the Old West,” Scott said. “I played there a handful of times over the years. I hope they do not close permanently. This pandemic has devastated the livelihoods of many club owners and artists alike. I choose to believe things will turn around.”

In the Museum Club’s lengthy history, many famous faces have passed through, either in attendance as a customer or performer. Academy of Country Music award winner Jon Pardi played the club early in his career in 2014, according to Flagstaff 365.

Names of country music legends such as Waylon Jennings, Hank Williams, Johnny Cash, Merle Haggard and Willie Nelson have played and attended The Zoo over the years.

NAU graduate Zachary Tamburello spent most of his childhood and adolescence in northern Arizona and the later half of his college career at NAU. Tamburello works on a ranch in Williams, Arizona and is a frequent visitor in Flagstaff for the weekend nightlife.

“The old rustic type of building style stood out the most,” Tamburello said. “That paired with the atmosphere was a one-of-a-kind honky-tonk experience. Dime night [was a favorite] by far. Cheap drinks and good people made it an extremely fun watering hole for a midweek good time if you had no class or work on Thursdays. I do believe someone will eventually buy it and bring back the longstanding events like dime night and little people wrestling. It is a historical landmark in Flagstaff and someone will want to keep the traditions going.”

According to the Museum Club’s website, people could buy 10-cent beers on Wednesdays, earning the name dime night. Dime nights were paired with live music and other deals and events were offered throughout the week.

Madi Soudbakhsh is a recent NAU graduate from Las Vegas who had fond memories of The Zoo. Soudbakhsh said growing up listening to country music and attending country festivals and concerts in and around the Las Vegas area made the Museum Club a foreseeable destination for her once she turned 21. Soudbakhsh said she believed this was not the end of the road for the club.

“I would say the standout for college students like myself would be dime night, which will also be missed the most,”Soudbakhsh said. “I believe a future is definitely there because people know the location and it is on Route 66 next to the bowling alley.”

Along with the musical history that is rooted deep within the Museum Club comes a history of spooks and supernatural experiences, according to The Road Wanderer. Many bartenders and customers alike have reported encounters with who they believe to be the former owners Don Scott and his wife Thorna Scott, who both died within the club’s walls.

In many ways, the Museum Club has nostalgia and history reaching out in every direction. Whether it be the paranormal haunts or legendary country music icons, northern Arizona residents are familiar with the tales. Tamburello said he heard many different legends about The Zoo when he was growing up in the area.

“Having grown up in and around Flagstaff, the Museum Club always had an element of nostalgia and legend to its name,” Tamburello said. “Hearing about all of the incredibly famous country artists who have passed through drove me to go there once I turned 21, and I kept going back because [The Museum Club] just has an aura in and around the joint. It feels special being in there.”

Looking back on the history of the Museum Club uncovers a past filled with tall tales and history. In the nearly nine decades of operation, countless names have taken the stage. One look inside the doors will unveil an element of a society long forgotten — the rustic western country of old. In the months and years going forward, it is the hope of Flagstaff’s zoo animals, the nickname given to loyal patrons, to see this famed bar open and running once more.