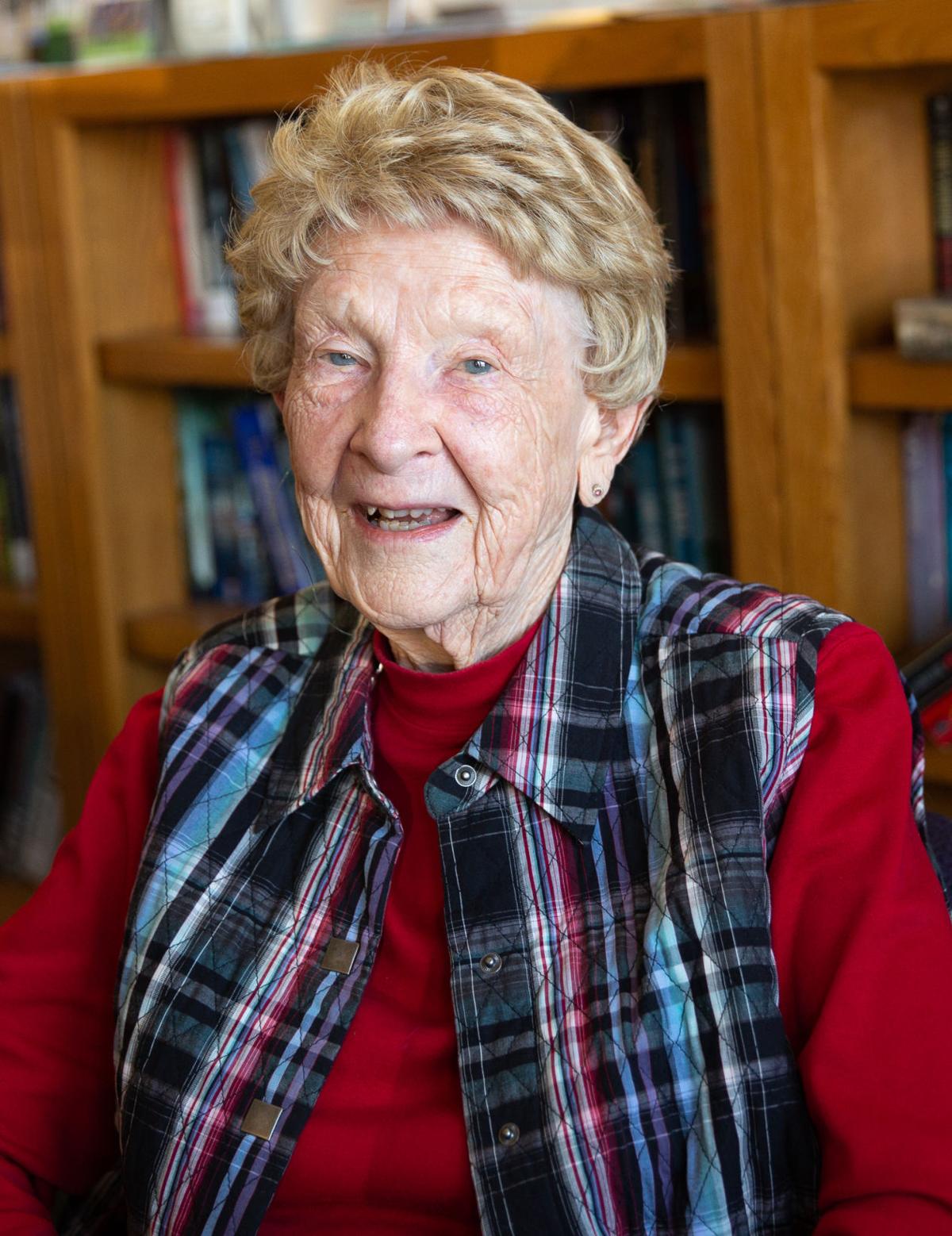 Mary Osborne poses for a portrait at the Joe C. Montoya Community and Senior Center, Jan. 14. 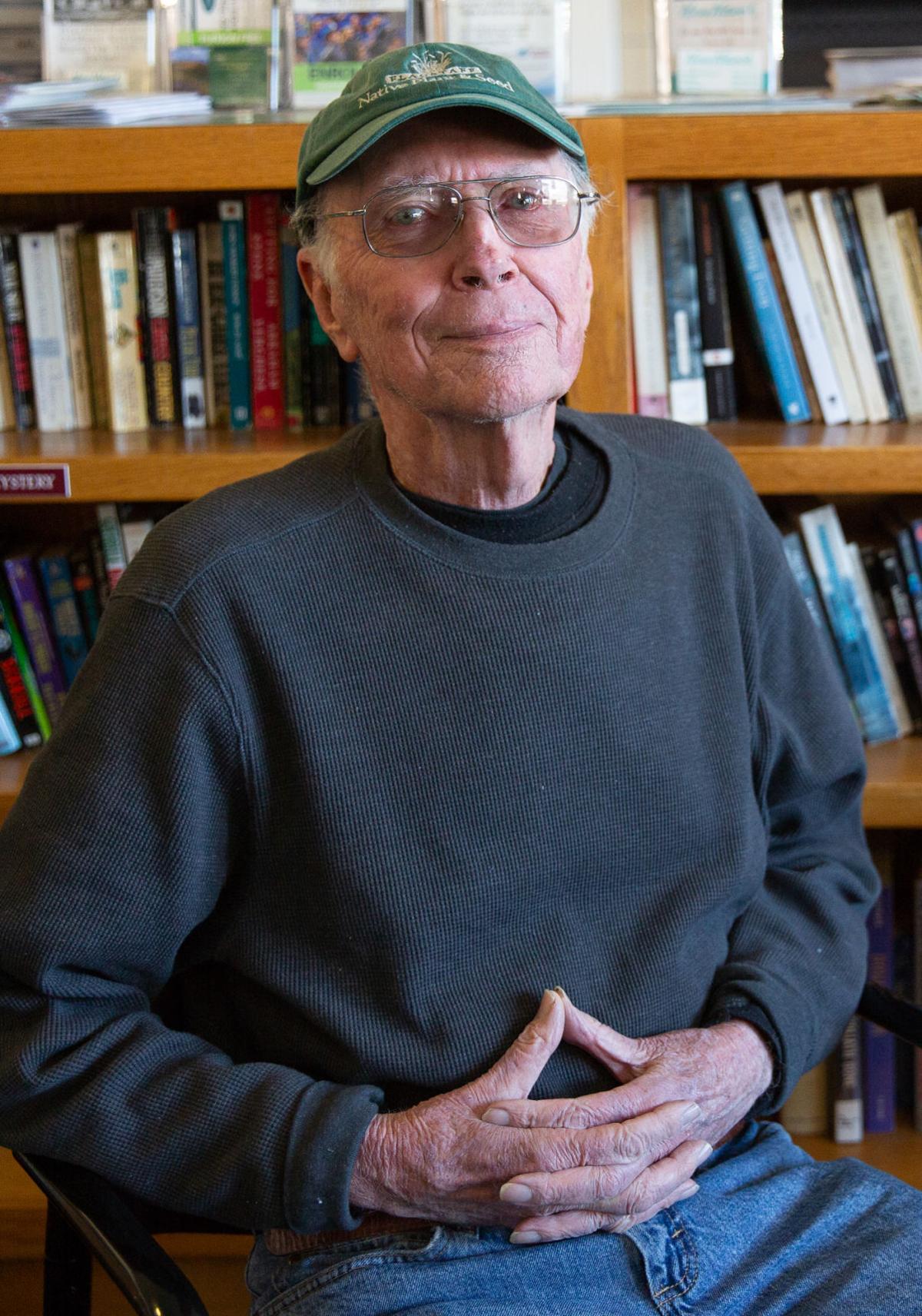 Ray Jordan poses for a portrait at the Joe C. Montoya Community and Senior Center, Jan. 14. 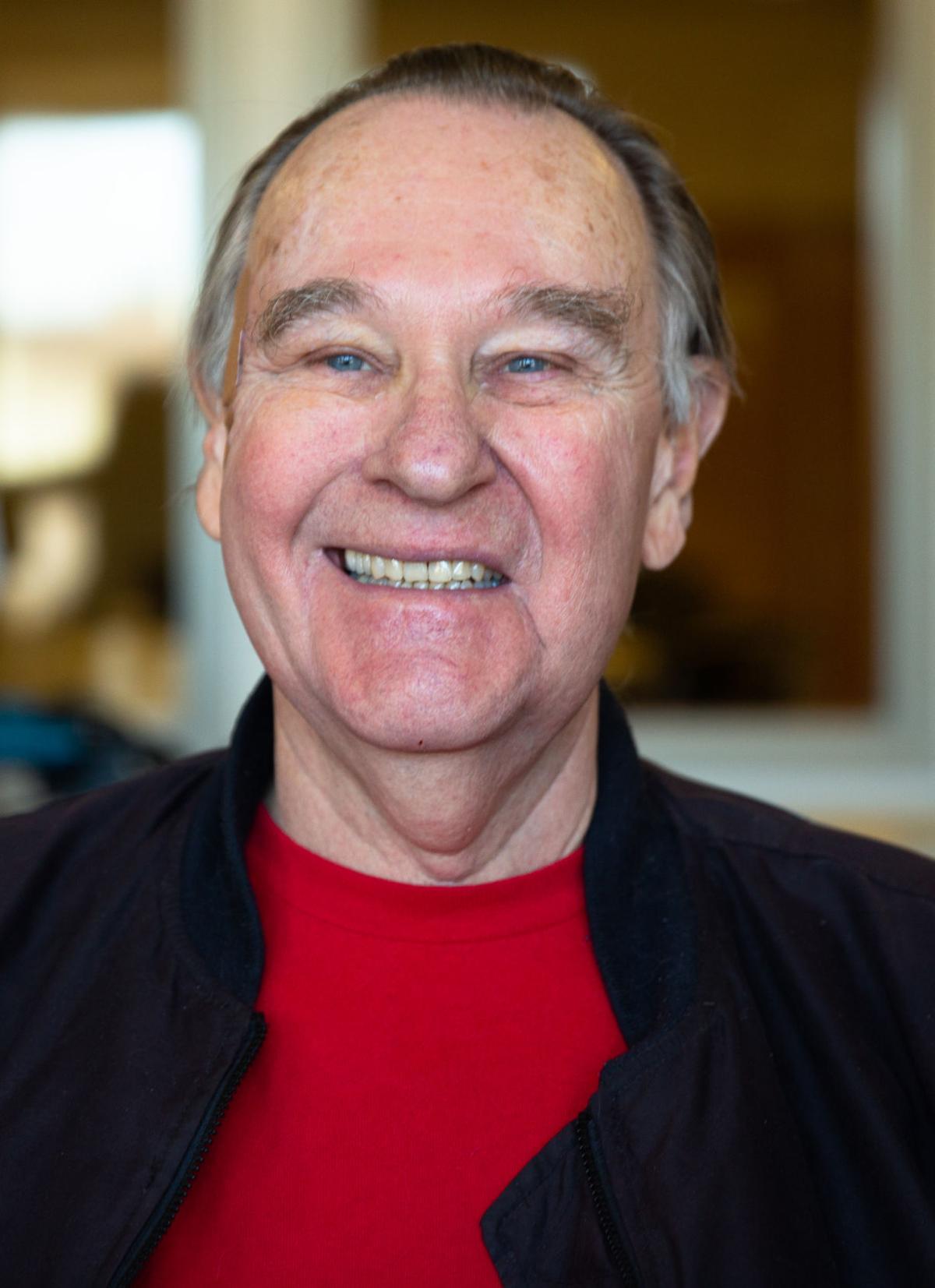 David Corder poses for a portrait at the Joe C. Montoya Community and Senior Center, Jan. 14. 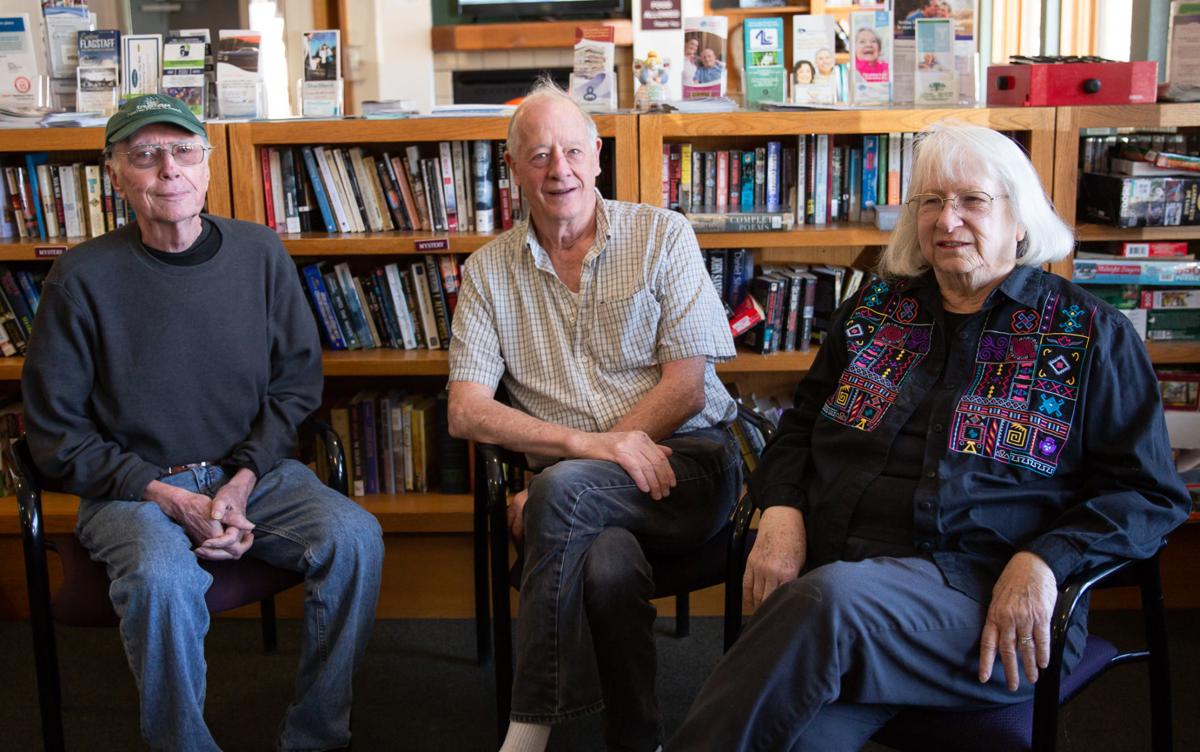 From left to right, Ray Jordan, Gary Millam and Joyce Reid pose for a portrait at the Joe C. Montoya Community and Senior Center, Jan. 14.

Mary Osborne poses for a portrait at the Joe C. Montoya Community and Senior Center, Jan. 14.

Ray Jordan poses for a portrait at the Joe C. Montoya Community and Senior Center, Jan. 14.

David Corder poses for a portrait at the Joe C. Montoya Community and Senior Center, Jan. 14.

From left to right, Ray Jordan, Gary Millam and Joyce Reid pose for a portrait at the Joe C. Montoya Community and Senior Center, Jan. 14.

With more life experience than most college students, senior citizens offer life advice with a perspective different from what NAU students might be familiar with. Be it something as simple as smiling and dancing more, or more serious relationship and career advice, senior citizens at Flagstaff’s Joe C. Montoya Community and Senior Center said young adults could learn a lot from their experiences.

Flagstaff resident Joyce Reid, 78, said college students are at a relatively pivotal point in their lives with lots of decisions to be made. Political and career path decisions, as well as other important moments in a person’s life, are largely under pressure during college. Reid said that being mindful of the decisions one makes can lead to happiness in the long run, as it has in her own life.

“Be careful of the decisions you make today because they will affect you, the world, your family and everything else for the rest of your life,” Reid said.

Flagstaff resident David Corder agreed that those decisions are not to be taken lightly. He said that making a decision about what to do in life can be something really difficult, especially for someone as young as most college students.

Corder said his life didn’t go exactly how he expected. He thought he would become an engineer, but ultimately fell in love with chemistry and ended up pursuing it. He said it is important to be open to life’s unexpected changes.

“There are so many opportunities and if you’re open to them, you might have a lot of fun doing things you didn’t expect to do,” Corder said. “Sometimes being open to things as they come along can lead you into different life patterns with different goals. While you’ve got to have the steadfastness to keep working and get to your goal, you shouldn’t be blind to the other possibilities.”

Looking back on his own life, Corder said patience is valuable and can help someone be open to changes in their life. Taking life one day at a time has led him to some interesting experiences he is grateful to have. Flagstaff resident Gary Millam, 78, said patience and willingness to change is crucial.

“When you go through life, you fork a lot of times into different directions and whichever direction you choose, don’t look back,” Millam said. “Look forward. What can you do to get the most out of that other direction. That keeps going all through life — take the direction and go with it. Too many people look back and say, ‘Well, if I had done this. Well, if I had done that,’ instead of looking forward and saying, ‘How can I make the most out of this direction.’”

Similar to Reid, Flagstaff resident Ray Jordan said he made sure to make the best out of his life direction by choosing to go into something he knew he loved. In his career, Jordan mapped the moon, Mars and Earth, something he said was so unique to his interests.

Jordan said choosing a career that someone is passionate about might not only contribute a great deal to their happiness but could also be a key factor in deciding how successful they are.

In order to pursue a passion, Flagstaff resident Elsie Monroe said she tells her children and grandchildren that to succeed they need to stay in school.

“Definitely continue your education,” Monroe said. “There is no way you are going to survive today without that kind of schooling.”

Ninety-year-old Flagstaff resident Mary Osborne said people don’t have to worry about when to get their education and when to pursue their passion, as it is never too late. Osborne’s grandson is going back to school and working full time at 40 years old, and she said that it is just as good as getting one’s education at 20.

Similarly, Hazel Kimball, 79, said that while school is important, the key is to keep the mind active.

“Staying intellectually curious I think is probably the best advice I can give you because I think it’s the key to wellness,” Kimball said.

Be it consistently researching interests, learning more about one’s community, meeting people who can bring new ideas to the table or even just to keep reading books, Kimball said staying intellectually curious can keep one young and happy. To Kimball, keeping an open mind to something new is the best gateway to intellectual growth.

“Also, don’t be afraid of diversity,” Kimball said. “People who don’t appreciate or respect diversity, they close themselves off to a great thing and they’re not intellectually curious anymore.”

Millam agreed that promoting intellectual growth and mental health is crucial and that supporting physical well-being is also important, which is why he suggested people dance as much as possible.

As a dance teacher, Millam said partner dancing can affect a person’s overall health in various ways such as preventing dementia, building relationships and even as a treatment for strokes, as it activates a different part of the brain than other activities.

“My wife just had a little stroke about three or four weeks ago, so I went up to the hospital and we danced in the hospital room,” Millam said.

Millam also said dancing has the power to make romantic relationships even stronger.

Osborne said hard work is important to have a healthy, communicative and fun relationship.

After having been married for 64 years, Osborne said she feels sorry for people now because there are many more divorces than there used to be. Osborne added that being happy and working hard is a necessity for any succesful relationship.

Osborne said working for one’s own happiness is what is most important. The others agreed, suggesting young people to pay special attention to their happiness and health above all else.