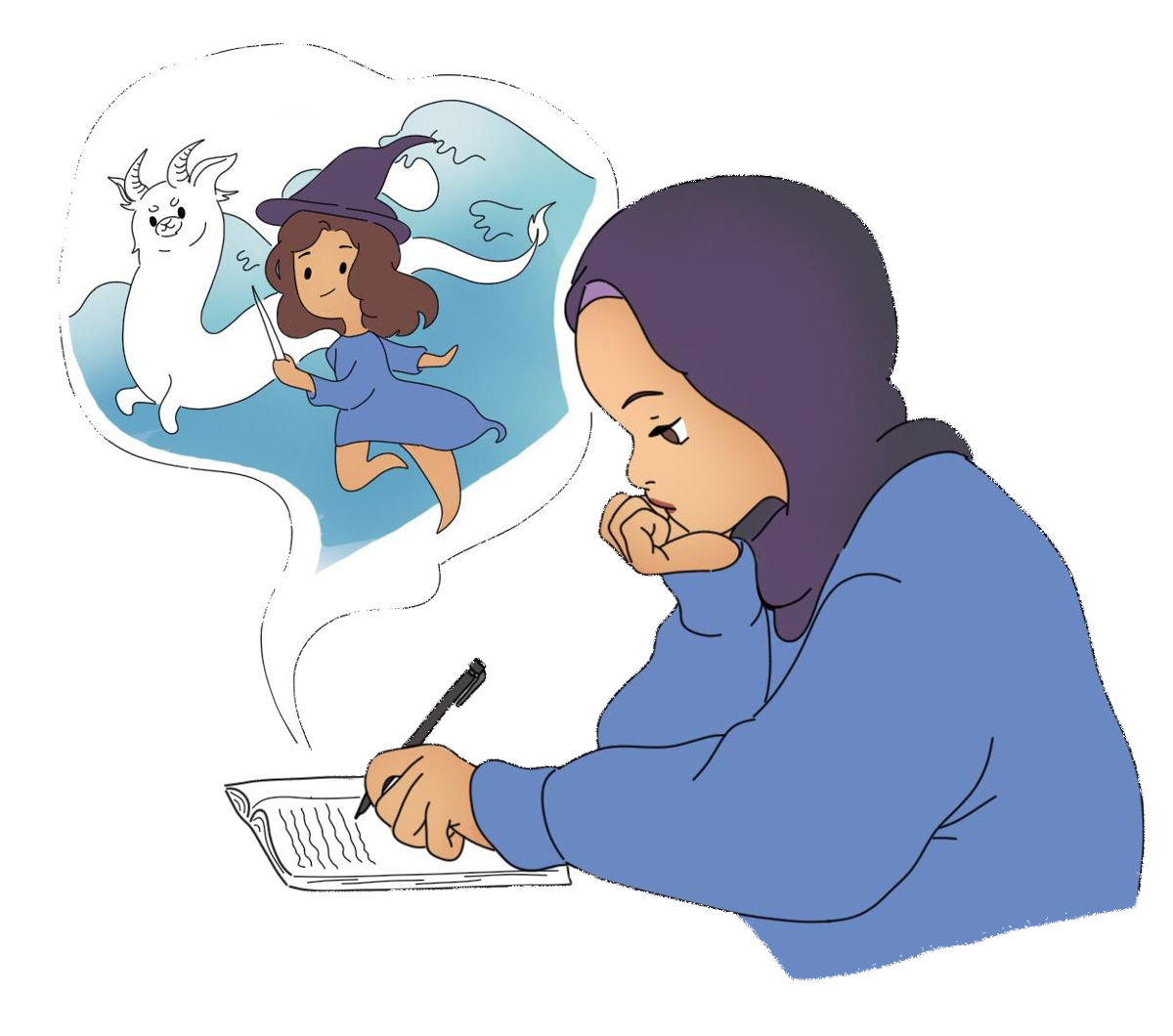 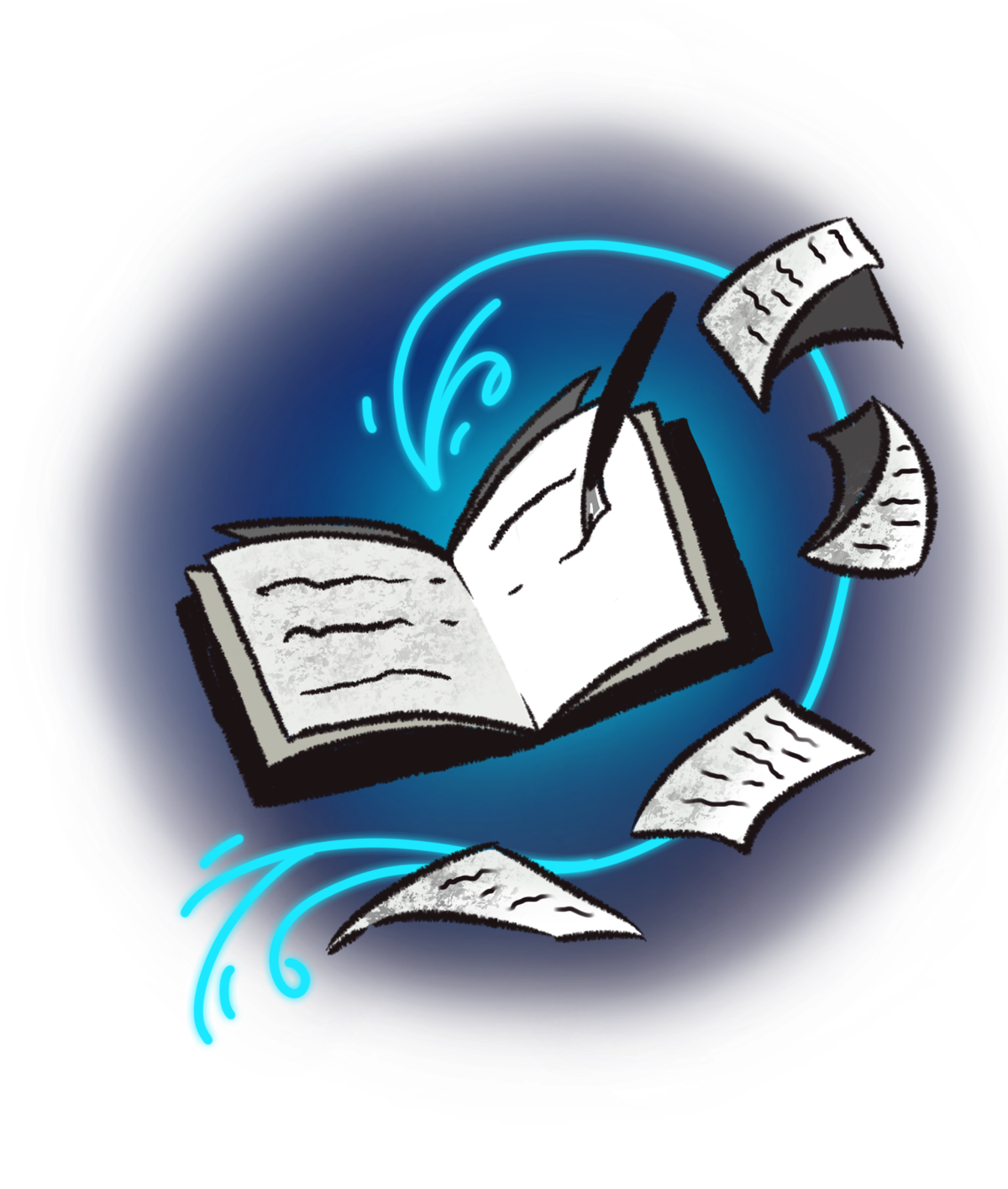 There are a wide variety of local events in Flagstaff throughout the month that anyone can attend. These events include write-ins that take place at Bookman's Entertainment Exchange on Tuesdays and Writers Who Lunch, which takes place at the Flagstaff public library downtown every Tuesday and Friday. The full list of National Novel Writing Month events taking place around town can be found on the Flagstaff Writers Connection website.

Corey Wiegersma, an NAU alumnus and Information Technology Services employee, has served as the National Novel Writing Month community liaison for 10 years and is in charge of coordinating events. He has completed the suggested 50,000 words four or five times so far. When it comes to squeezing writing into his daily schedule, he sometimes has to switch up his routine.

“Sometimes I’ll prepare stuff in October, so I have less stuff to do in November,” Wiegersma said. “Oftentimes, it just comes down to deciding to play video games for a half hour less and use that time for writing.”

Wiegersma said he tends to stay motivated during the month by going to write-ins, meeting writing buddies, updating his word count online and being able to tell people he writes novels.

Cherrie Smith is another local National Novel Writing Month writer. She currently works as an OB-GYN at North Country HealthCare and has participated for four years. She said she did not start writing until after her daughter went to college. She originally started as a political blogger before deciding to write science fiction novels.

Smith first heard about the challenge from her husband, who saw it on a news program. She decided to get involved with a group of writers in Humboldt County, California, which is where they lived at the time. Smith has actively participated in the National Novel Writing Month challenge ever since then and has completed the 50,000 word challenge twice. She said she fits writing into her daily schedule in any way she can.

“In the past, I would write in the car while waiting for my daughter to get out of Girl Scouts,” Smith said. “I would also write notes to myself about what I wanted to write while I was in line at the grocery store.”

Smith said she has a deal with one of her writing buddies. The two are going to look for agents during the upcoming summer with the goal of getting their novels published. The novel she is working on this month is about a group of people going on a trek to a star 1,000 years away. They know they will not make it there alive, but their future grandsons and granddaughters will.

Junior Kimberlee Blakeney is participating in National Novel Writing Month for her fifth year. Blakeney completed 50,000 words in 2016 during her senior year of high school. She first heard about the challenge from the section leader of her high school’s marching band.

“She was doing [National Novel Writing Month] on the bus during our trip to California, and I was her seat buddy,” Blakeney said. “As soon as we got back home to Phoenix, I started doing it, because it sounded like so much fun the way she described it.”

Although Blakeney doesn’t have any friends who actively participate in the challenge, she has made friends through it. Blakeney said her biggest challenge thus far has been finding the time to sit down and write. However, to help herself get words on paper, she uses a technique called sprinting, which involves setting a timer for 10 to 30 minutes and writing nonstop the entire time.

When it comes to planning, Blakeney, Wiegersma and Smith all said they tend to be pantsers, meaning they either plan nothing or very little in advance.

Smith said she usually comes up with three ideas before writing, and as the process continues throughout the month, two usually fall through for different reasons, such as the characters not being interesting enough. On the other hand, Wiegersma said he draws inspiration from a dream notebook and online prompt generators.

Blakeney said this year’s National Novel Writing Month is the first one she’s planned for.

“This year, I actually wrote fleshed-out character sheets for my four major characters and one minor character,” Blakeney said. “I wrote out plot beats using the save the cat system that I learned in screenwriting, and I was able to adapt it to novel writing surprisingly well.”

The save the cat system is a method typically used in screenwriting, which consists of beats that take place in three acts that include things such as the catalyst, bad-guys close in and dark night of the soul.

As seasoned National Novel Writing Month participants, all three offered advice to those participating in this year’s challenge.

Wiegersma said to keep going and not give up once someone has started a novel. He also encouraged individuals to attend the events happening around town this month so they can build up a local support system.

Smith encourages participants to write as fast as they can during the month, because doing so allows self-editing and critiquing to stop.

“You get to a point where you’re writing too fast, and that’s when the really good stuff comes out,” Smith said. “All of a sudden, this weird twist will come up that you never thought of or knew about, because it was lurking in your subconscious somewhere.”

Additionally, Blakeney said other participants should not worry about the quality of writing they produce during the span of the month as it is usually the first draft. She also encourages writers to not focus on self-editing, because it can throw them off.

Overall, National Novel Writing Month provides both beginner and seasoned writers the opportunity to try something that challenges them creatively, while also allowing them to meet other local writers and communicate with people from around the globe. It serves as a reminder to writers that if they challenge themselves creatively, they can complete something that might not have seemed possible.