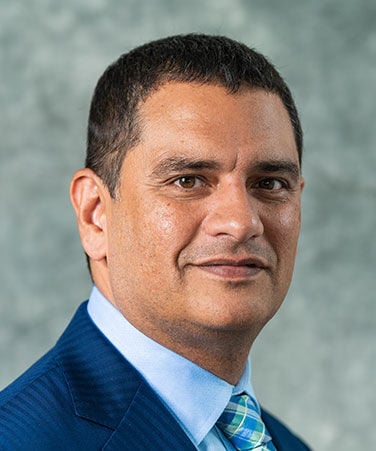 José Luis Cruz has been chosen by ABOR as the finalist to become NAU's next president. 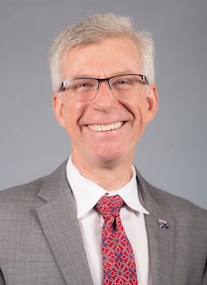 Bret Danilowicz has been chosen by ABOR as one of two candidates for NAU president.

José Luis Cruz has been chosen by ABOR as the finalist to become NAU's next president.

Bret Danilowicz has been chosen by ABOR as one of two candidates for NAU president.

In a recent press release, the Arizona Board of Regents (ABOR) announced the potential candidates chosen to fill NAU President Rita Cheng’s position when her contract ends in June 2022 and become the 17th NAU president.

ABOR has been conducting a nationwide search since Cheng declined an extension to her contract in September 2020. This search resulted in the decision to invite two candidates to interview for the position, as stated by the ABOR press release.

José Luis Cruz, Ph.D., who currently holds the position of executive vice chancellor and university provost at The City University of New York is one of the candidates. The other candidate chosen is Bret Danilowicz, Ph.D., the provost and vice president for academic affairs at Florida Atlantic University.

Regent Fred DuVal, co-chair of the ABOR NAU Search Advisory Committee, described the candidates as “stellar leaders in higher education” and said he is confident both candidates are extremely capable of leading NAU.

Danilowicz responded to the interview invitation and his overall candidacy for the position with honor and excitement.

“The possibility to become the next president of NAU is very exciting, and I am honored to be considered a candidate for this position,” Danilowicz said. “NAU is an outstanding university surrounded by the stunning beauty of northern Arizona within one of the highest-ranked college towns in the country. This truly is a wonderful opportunity.”

After being informed of ABOR’s decision, Danilowicz also said he looks forward to potentially becoming part of the culture, diversity and student success that NAU’s legacy has displayed over the years.

Cruz said he is also extremely honored to have been chosen as a candidate and looks forward to expanding his knowledge about the northern Arizona and Flagstaff communities, as well as propelling inclusivity throughout the university.

"I am honored that ABOR is considering me to serve as NAU's 17th president," Cruz said. "Propelled by a commitment to educational equity and inclusive excellence, and commitment to underserved populations, I would be privileged to lead the great, indefatigable Lumberjack community into the bold and boundless future that lies ahead."

Additional details regarding the NAU presidential search process can be found on the ABOR website.