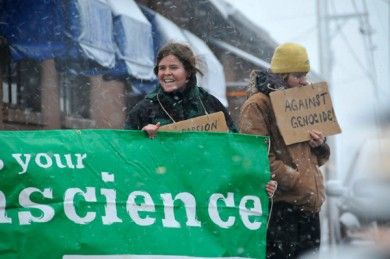 Kayla Mueller participating in a Flagstaff rally in 2009. 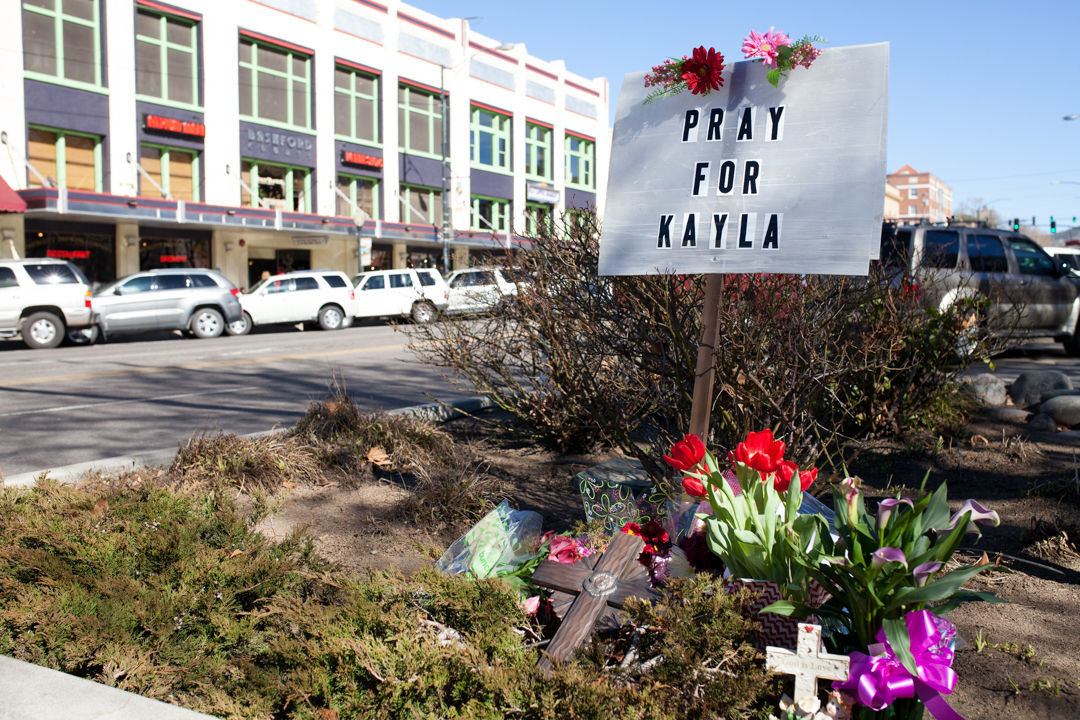 A display in honor of Kayla Mueller in Prescott. 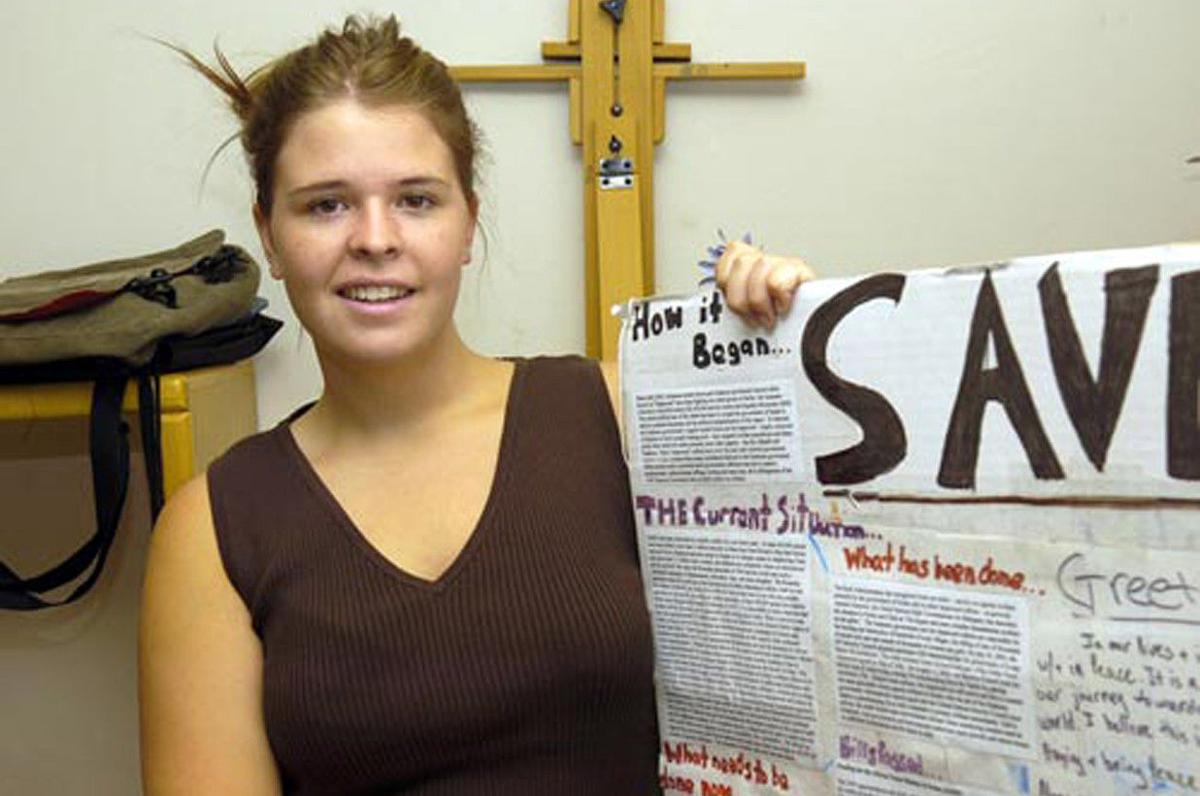 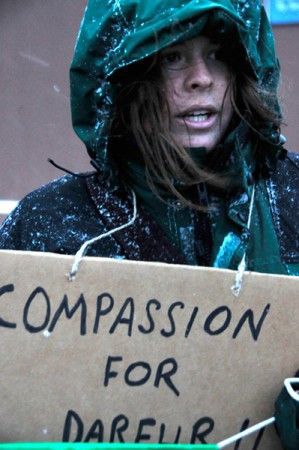 Kayla Mueller protests in honor of Darfur in 2009.

Kayla Mueller participating in a Flagstaff rally in 2009.

A display in honor of Kayla Mueller in Prescott.

Kayla Mueller protests in honor of Darfur in 2009.

Baghdadi was closely involved with thousands of executions, including the deaths of U.S. citizens James Foley, Steven Sotloff, Peter Kassig and Kayla Mueller, according to ABC News. Since July 2014, Baghdadi was the pronounced head of the Islamic caliphate, a group committed to Jihadist beliefs and extreme brutality. The Delta Force, an elite special operations branch, was tasked with his execution in Syria last weekend.

Mueller's kidnapping, abuse and torture are strongly tied to Baghdadi, according to The Arizona Republic. The former ISIS leader likely caused her death or was heavily complicit in it. Operation Kayla Mueller represents the end of Baghdadi's reign, and it recognizes Mueller's unforgettable life.

Mueller’s parents told CNN they are feeling a “roller coaster” of emotions regarding Baghdadi’s sudden death. In particular, they are hopeful that this event will lead to answers regarding their daughter’s convoluted hostage situation.

Mueller was heavily involved with activism, both locally and abroad. After graduating with a degree in political science, she volunteered at Northland Cares, an HIV/AIDS medical clinic in Prescott. Mueller also traveled to the Turkey-Syria border in 2012 where she worked with various humanitarian organizations, including the Danish Refugee Council and Support for Life.

Shortly thereafter in 2013, Mueller was abducted by ISIS forces in Aleppo while leaving a local hospital. Her death was reported in 2015.

“I just want to say how grateful we are to this administration, to the military and to the special forces that went in," Marsha Mueller told CNN. "My hope is that this will help us get answers to what really happened to Kayla and get her home."

On Sunday, Trump formally addressed the event during an announcement speech at the White House. The president explained how in the middle of the Syrian night, Baghdadi attempted to escape military forces via an underground network of tunnels, but he eventually reached a dead end. Ultimately, the former ISIS leader decided to detonate his explosive vest.

“He will never again harm another innocent man, woman or child,” Trump declared in the nationally televised broadcast.

The Muellers also listened to Trump’s announcement from their home in Prescott, according to CNN. Both parents were touched by the efficiency and decisiveness of Saturday’s operation, and they voiced their appreciation for the effort, specifically in regard to their daughter’s memory.

"We were deeply touched by what he said. We were grateful that they didn't mess around and went right in," Marsha Mueller said in a phone interview with CNN.

Saturday’s operation was monitored in the White House Situation Room by Trump and other officials. Although Mueller’s body remains unfound, Baghdadi’s death is a promising step toward bringing her back to Arizona.

Martha Raddatz, chief global affairs correspondent for ABC News, said the military operation was the product of careful planning and collaboration, which developed over the last few weeks. These efforts were enhanced by a partnership between the CIA and numerous Kurdish allies. In addition, the arrest and interrogation of one of Baghdadi’s wives also allowed the mission to advance, Raddatz explained.

Baghdadi was not the only extremist who orchestrated the kidnapping and captivity of Mueller. Alexanda Kotey and El Shafee Elsheikh, two other members of the Islamic State, were also allegedly involved with Mueller’s death.

Kotey and Elsheikh were captured early in 2018, unlike Baghdadi, who managed to elude imprisonment. The two were held in a battlefield prison in Syria, and they were relocated earlier in October, as reported by The Lumberjack.

Mueller’s parents, Carl and Marsha Mueller, joined forces with other hostages’ parents to publish a plea insisting that Kotey and Elsheikh be prosecuted on U.S. soil. To prevent the pair from escaping an insecure facility, the military moved them from Syria to a safe location in Iraq, according to various reports from Oct. 9.

Kotey and Elsheikh’s status as British citizens was revoked due to their close affiliation with ISIS. Crown Prosecution Service (CPS), a public agency based in England and Wales for conducting criminal prosecutions, originally decided against prosecuting the men in Britain, potentially shifting their eventual trial onto U.S. soil.

However, according to an article from The Washington Post, CPS is reconsidering its previous decision not to prosecute the pair, allegedly due to changes in circumstances. Prosecutors in Virginia have also conveyed confidence in their ability to handle the case in accordance with the Muellers’ wishes for the lawsuit to ensue within U.S. jurisdiction. At this time, it is unclear whether the legal proceedings will advance in the U.K. or U.S.

After the recent development of Operation Kayla Mueller, and while Kotey and Elsheiki await prosecution, Mueller’s parents want the community to cherish the memories of their daughter, including her lively spirit and warm heart. The former NAU alumna always made time to help people, according to CNN.