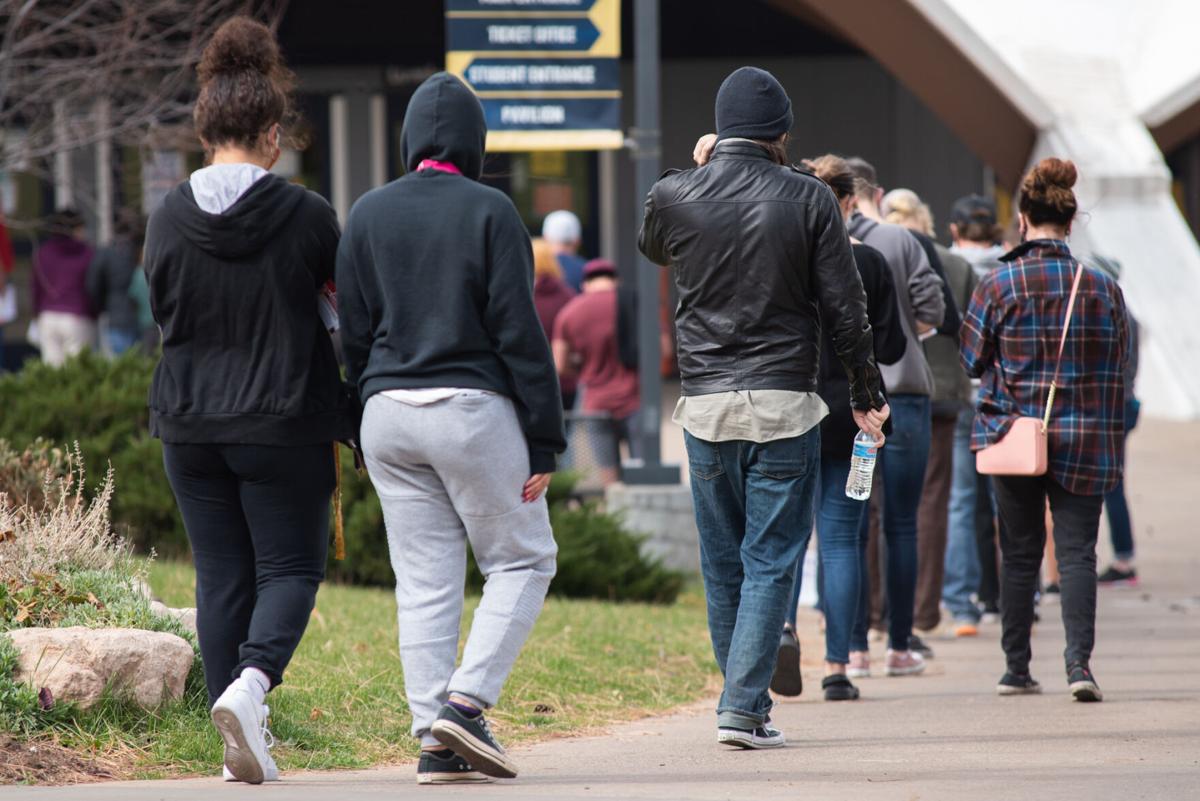 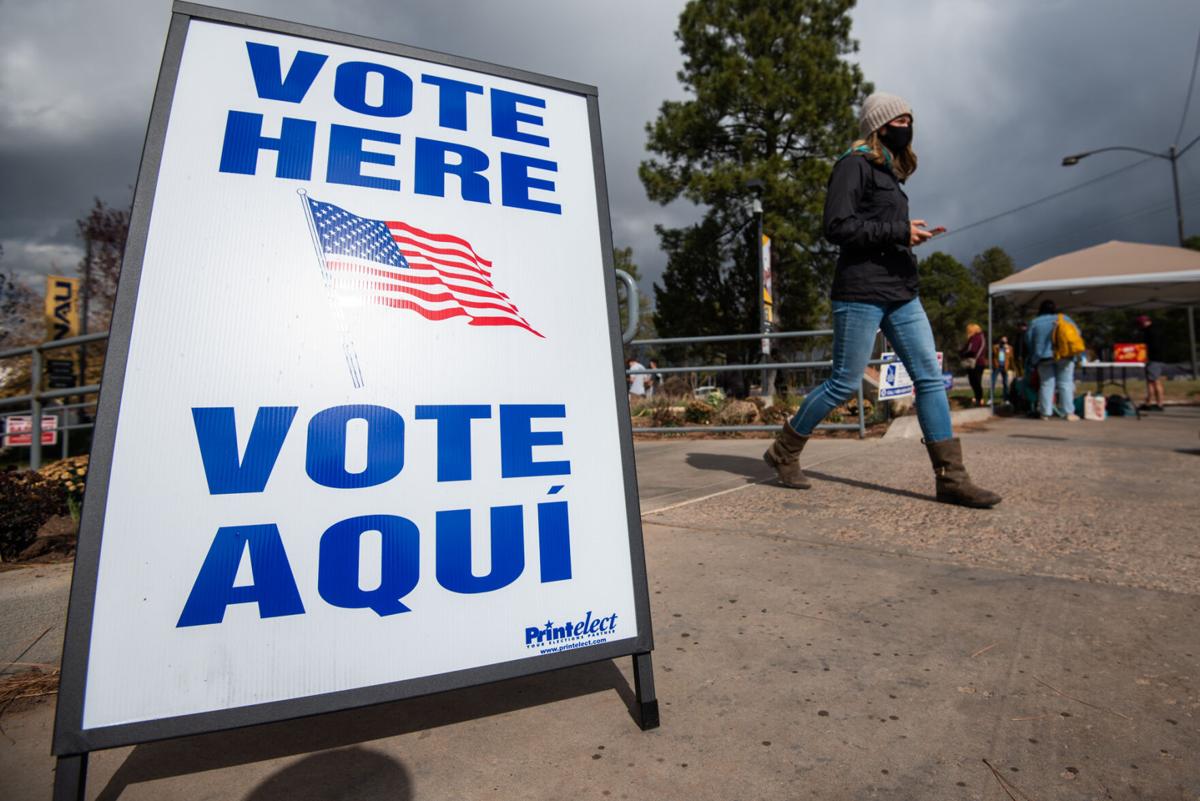 A voter walks out of the Walkup Skydome polling station, Nov. 3, 2020. (photo by Brian Burke) 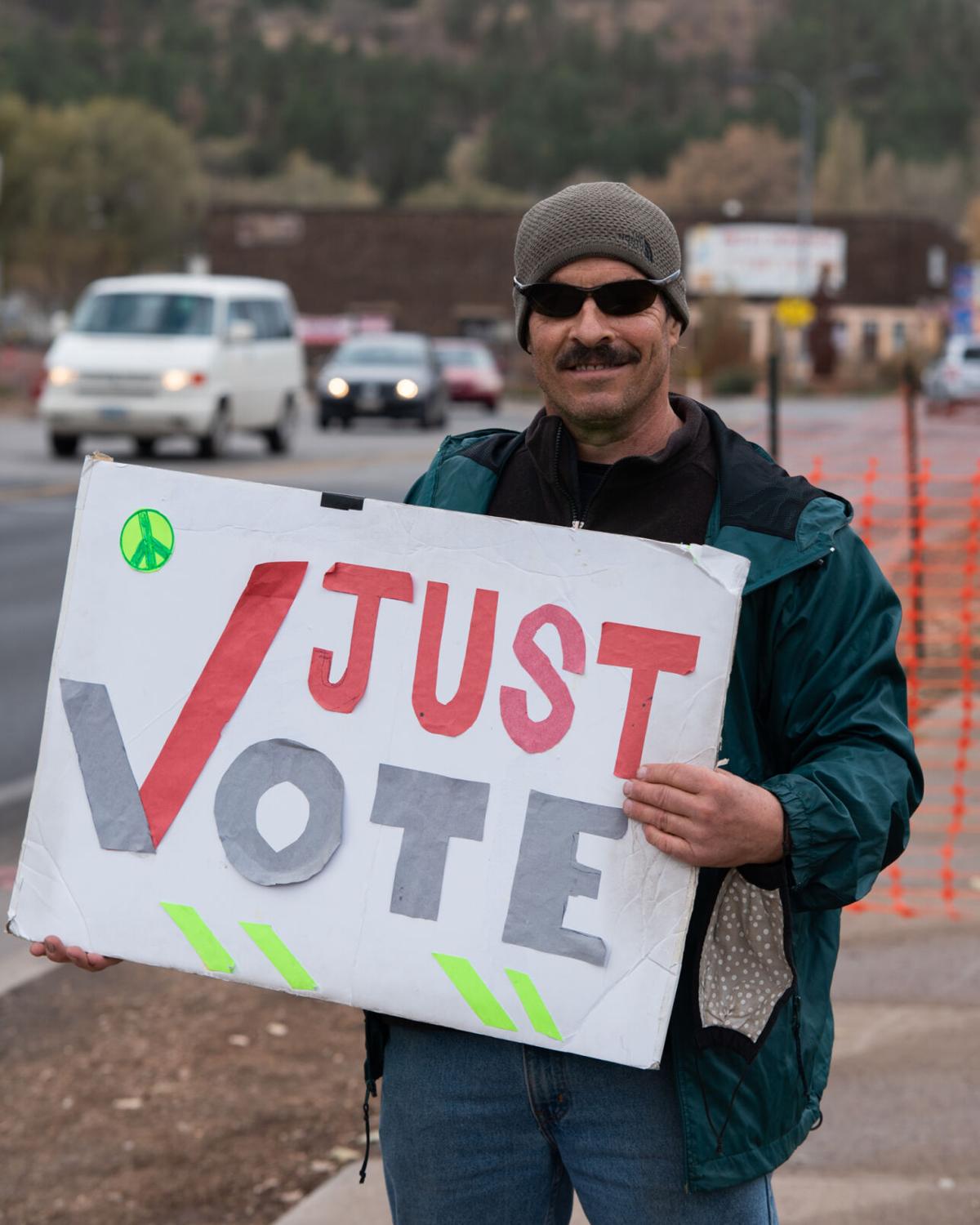 A voter walks out of the Walkup Skydome polling station, Nov. 3, 2020. (photo by Brian Burke)

The NAU Walkup Skydome opened from 6 a.m. to 7 p.m. Tuesday for residents to cast their votes. Now, with polls closed throughout the state, anticipation is high as votes are counted and results are reported.

In a tweet from Coconino Elections, 11,115 voters have voted today at polling locations throughout the county as of 6 p.m.

For many students, this election was their first time either voting or voting during a presidential election.

Pedro said she waited for about 10 minutes in front of the NAU Skydome before being directed inside. There she requested a paper ballot and proceeded to an open booth before receiving the "I voted" sticker.

"I would vote again to have my ideas represented by leaders in my community, state and country," Pedro said. "I want to have a positive impact for our nation by supporting the right candidates."

While junior Nikki Gibala dropped her ballot off early, it did not prevent her from showing up at the polls.

Gibala was volunteering with Election Protection Arizona, a non-partisan third-party organization, and was stationed outside of the polls, encouraging and empowering people to vote, answering any questions and providing food and water for voters.

"I really enjoyed being able to see how many people were showing up to vote, especially the sheer amount of younger people voting for the first time," Gibala said. "I’m super fortunate to be able to help in such a monumental election, especially being surrounded by such active and passionate volunteers."

Gibala said as a young woman in this country she is experiencing quite a bit of anxiety surrounding this election, mainly involving what the future will look like and if it will include a larger push towards equality, compassion and a greater awareness for the prosperity of the Earth.

"Elections are extremely important, and I think that our country has a lot farther to go in order to make sure that everyone has an equal opportunity to vote, alongside a positive voting experience, regardless of race, class or location," Gibala said.