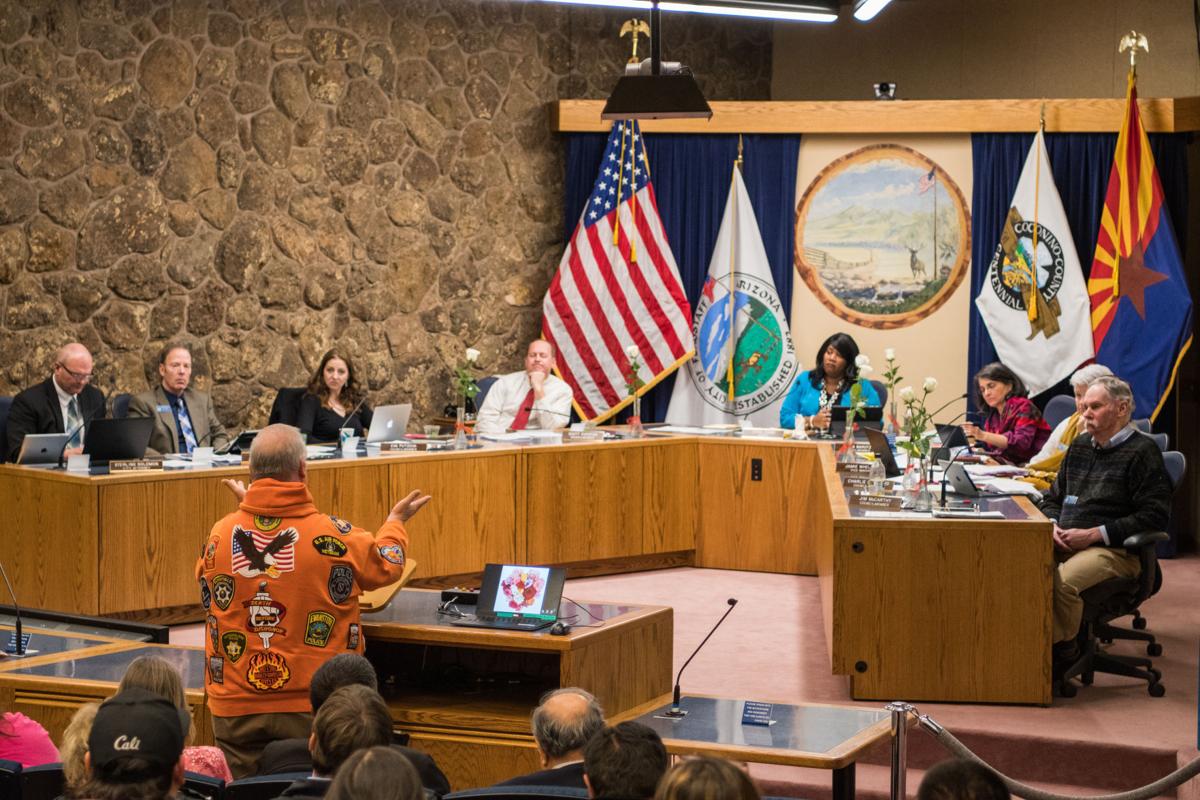 One of the approximately 270 concerned citizens speaks during a city council meeting concerning the issues faced by the city since the passing of Proposition 414 at City Hall on Feb. 14, 2017. (Photo by Andrew Holt Frazier) 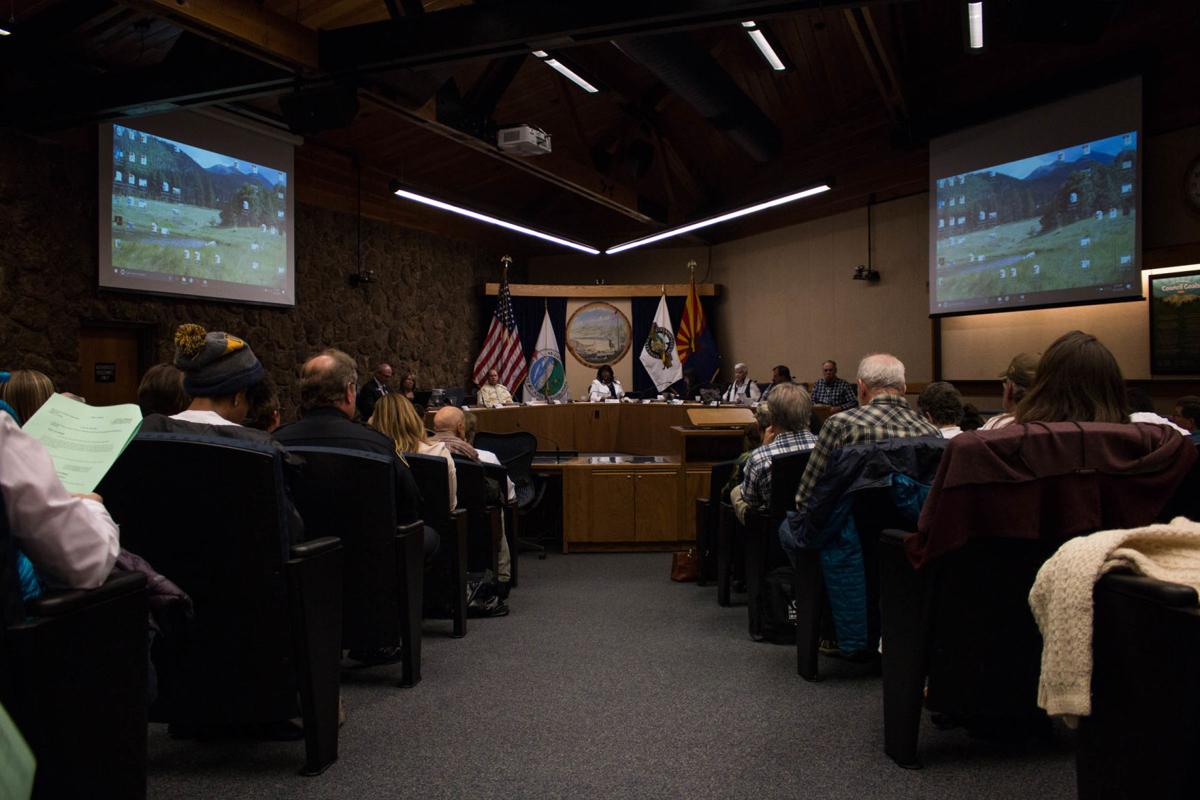 One of the approximately 270 concerned citizens speaks during a city council meeting concerning the issues faced by the city since the passing of Proposition 414 at City Hall on Feb. 14, 2017. (Photo by Andrew Holt Frazier)

After a three-week recess, city council reunited at the dais to discuss a bridge expansion on I-40 and reviewed a recent survey regarding a minimum wage increase.

The city council spent a significant portion of the meeting considering a resolution to amend an agreement with the Arizona Department of Transportation (ADOT) to complete the Fourth Street and I-40 bridge replacement project. The partnership between the city and ADOT was initially approved in 2018.

The project was originally estimated to cost $10.5 million, but by September 2019, the cost increased to $12.3 million. When ADOT and the city made the agreement, there was a “50/50 commitment” in the partnership, but “ADOT bit the project” in December 2019, Capital Improvements Engineer Bret Petersen said.

The total cost of the project currently stands at $16.3 million with the city paying $8.1 million. Flagstaff has a shortfall of $2.3 million on the project. Funding for the project has primarily come from a transportation tax, which absorbed $7.5 million of the cost. About $1 million will come from the city’s Flagstaff Urban Trails System (FUTS) fund.

“I don’t want to rob Paul to pay Peter,” Whelan said. “My concern is that by shifting this money … those trails that are so important won’t get done.”

Petersen assured council that no FUTS projects would be canceled or delayed. Council agreed on the importance of the project and passed the motion unanimously.

A recent evaluation of the minimum wage was next on the agenda. The city originally contracted Rounds Consulting Group, Inc. to conduct the survey, but a proposed change order would allow Seidman Research Institute of ASU to co-author the study and conduct analysis.

The incorporation of a third-party contractor and the associated change order would increase the cost of the contract over $50,000, higher than the previously set limit. In order to surpass the cost, a motion and subsequent vote were needed.

Councilmember Austin Aslan raised a discussion regarding the reputability of Seidman. He said the institute allegedly provided Arizona Public Service with numbers on a “contentious study, which resulted in a political storm.” From there, discourse among the council revolved around the potential bias of the contractor.

“I’d really like to make sure that the new consultant, which is associated with ASU, that we’re actually using an actual academic entity to do the additional consulting role and we’re not just reverting to a professional economist,” Aslan said.

A handful of alternative consultants were named, such as the Grand Canyon Institute, a Phoenix-based think tank, and the Goldwater Institute, as options to replace Seidman Research Institute in this study.

Council and public commenters had many concerns regarding the accuracy of the study, as well as the reputability of the consultant affiliation. However, the city’s goal is to conduct an objective and informed study, City Manager Greg Clifton said.

A motion proposed by councilmember Regina Salas rejected the change order, hence the use of a third-party contractor. After much discourse among the council, the motion passed; the contract will remain as is with no co-author.

Those discussions proved to be useless when Rounds Consulting Group Inc. President Jim Rounds informed council via a letter Friday, Jan. 10, that his company would deliver the preliminary findings of the study before ending its contract with the city. According to the Arizona Daily Sun, Rounds cited defamatory statements made by council members as the primary reason for ending the contract.

Fiscal and economic consulting company TischlerBise, Inc. provided a presentation in regard to a proposed development fee. These fees provide funding for public services such as public safety, development, and water and street facilities. Updating these fees would more than double — in some cases quadruple — the development fees applied to households.

The new fee would be broken down by household, increasing according to the number of bedrooms. A four-bedroom, single-family unit would pay a $2,029 fee. However, TischlerBise, Inc. assured the council the costs are not set in stone.

Questions of affordability arose from council. Flagstaff is dedicated to affordable housing, but these proposed fees could be counterintuitive to those efforts. The topic will be moved forward to future meetings for further discussion.