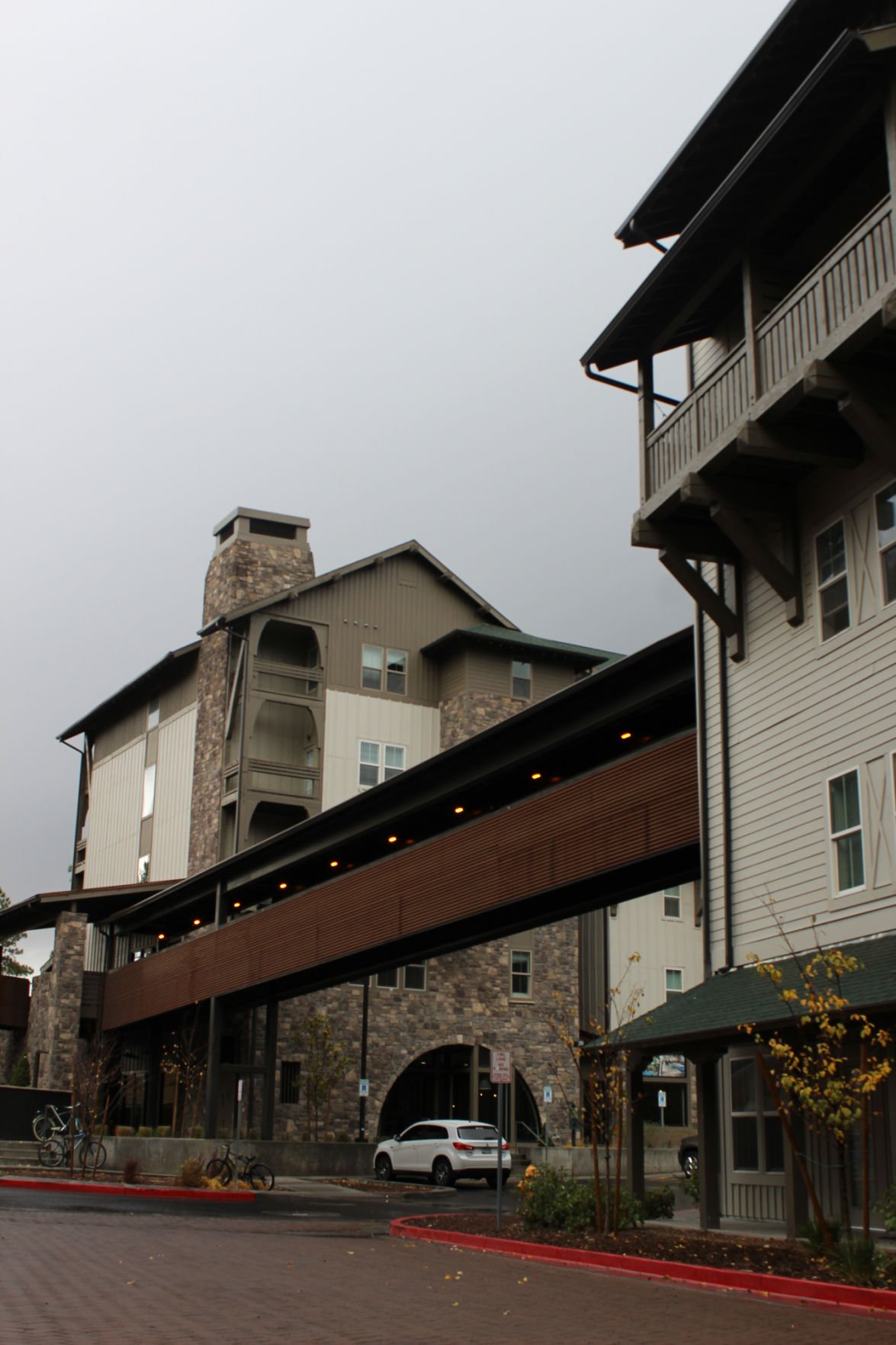 Fremont Station Apartments opened fall 2017 as an option for NAU students to live off campus but within walking distance, Nov. 9 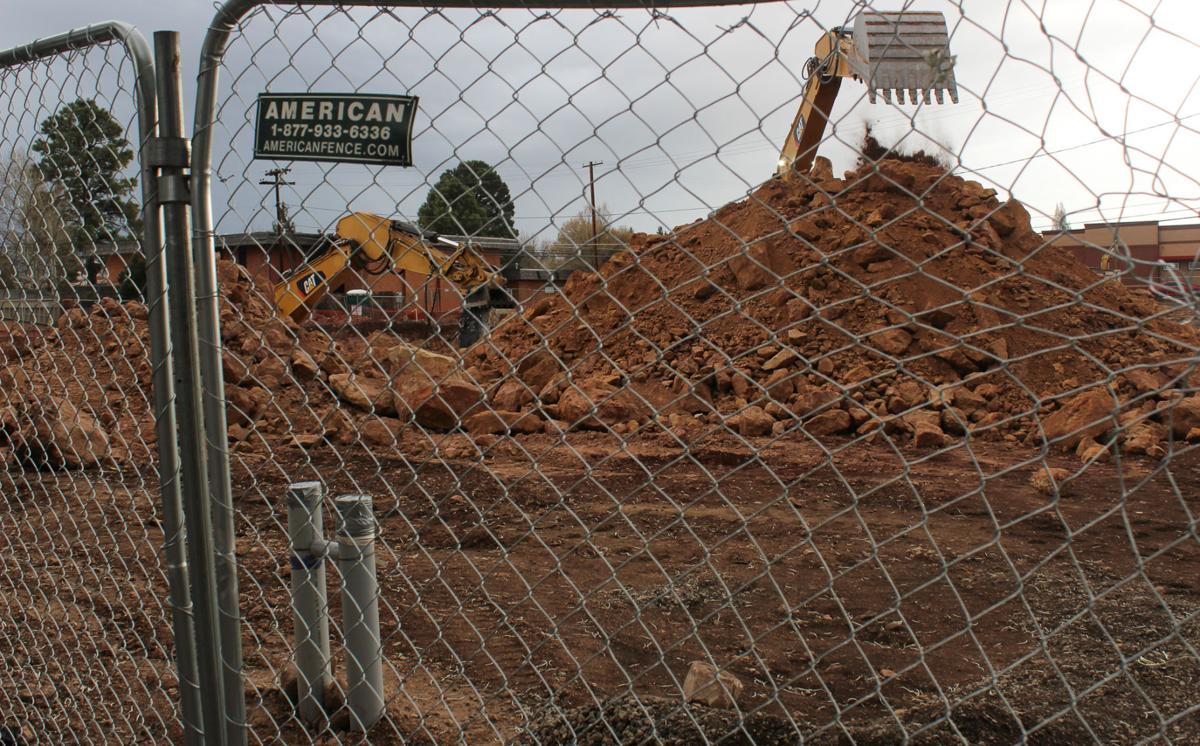 Two hotels were torn down in preparation for the new apartment complex “Uncommon” on Milton. Construction continues Nov. 9 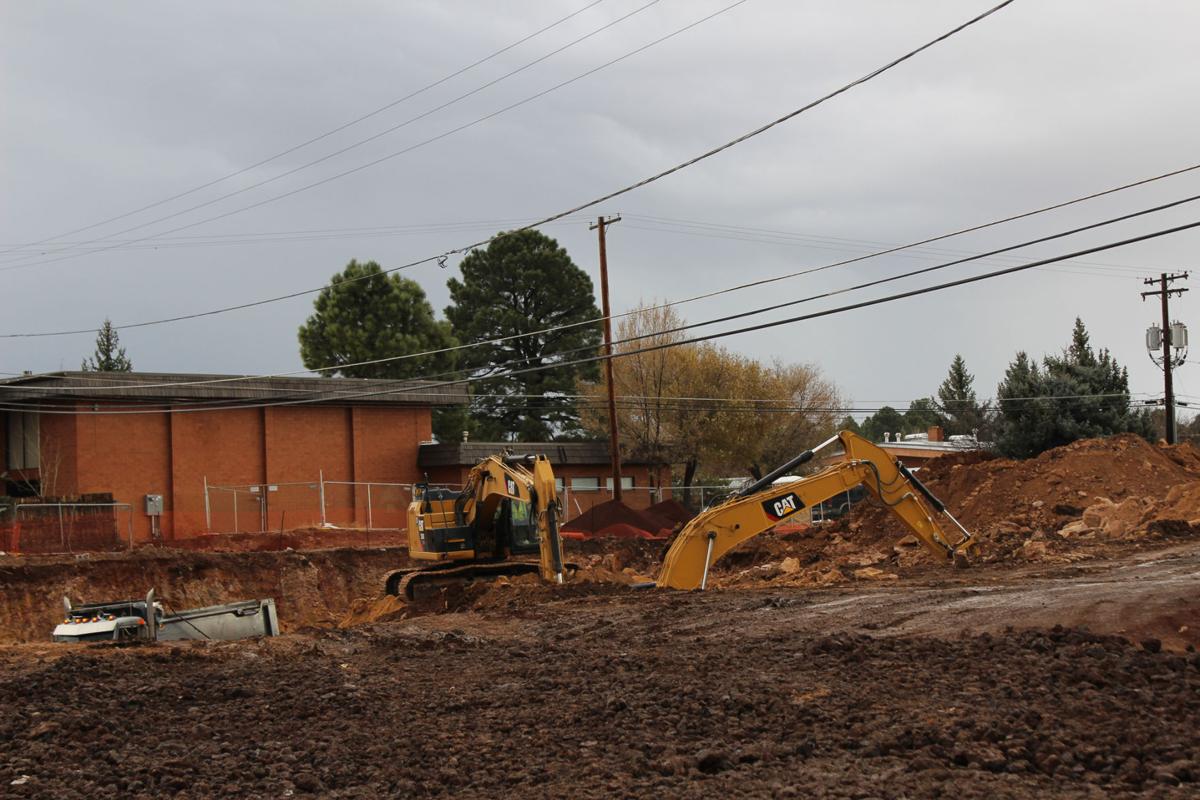 Although the Uncommon will primarily house students, the complex is outside NAU's jurisdiction, Nov. 9

Fremont Station Apartments opened fall 2017 as an option for NAU students to live off campus but within walking distance, Nov. 9

Two hotels were torn down in preparation for the new apartment complex “Uncommon” on Milton. Construction continues Nov. 9

Although the Uncommon will primarily house students, the complex is outside NAU's jurisdiction, Nov. 9

Stephen Vedral, the director of Planning, Design and Construction at NAU, said the university is interested in using the former Mandarin Buffet, which was purchased in 2018, as a new entrance to campus. Vedral added that the boundaries between campus and the city often merge, and a more noticeable entrance could help with publicity and traffic, among other factors.

In contrast, the university does not have a specific vision for the Granny’s Closet parcel. The land is located a few blocks north of campus, making it slightly detached from the rest of NAU. Vedral said properties on Milton are difficult and competitive to acquire, which made Granny’s Closet a worthwhile purchase.

Flagstaff’s director of Community Development, Daniel Folke, said the university is similar to other organizations in its need for expansion and development. As enrollment rates have climbed around the country in recent years, infrastructure must subsequently broaden. Despite the necessity for growth, Folke said some additions are challenging to implement for NAU, because they are not contiguous to the university. When the campus and city overlap, planning may become more difficult.

Another significant aspect of city planning is residential areas. Flagstaff’s housing market is inherently complicated, especially with interactions between students and other residents. Local real estate transactions are expensive, competitive and limited, which warrants extensive discussion between city planners. In order to remedy this problem, modified regulations are negotiated.

“We adopted a new zoning code in 2011. It’s filled with incentives to get more density,” Folke said. “If there’s a [housing] shortage and you increase the supply, hopefully it can stabilize the cost of living or maybe even bring it down.”

In response to the refined zoning code, numerous student housing complexes have implemented mixed-use development. For example, Hub Flagstaff has retail space on the ground floor, which ideally coordinates further density. When commercial and residential uses are successfully mixed on the same parcel, communities naturally become more compact. However, these targeted combinations are often difficult to achieve, especially when there is a lack of commercial incentive.

Currently, the Hub and The Standard both have vacant retail space. Uncommon Flagstaff, a 195-unit complex recently designed for construction on Milton, is also devised to include commercial properties. Site plans for the Uncommon were approved, but the city is awaiting more detailed civil plans. As the housing market continues to advance, the abundance of excess business space is irregular.

Despite the challenges of mixed-use development, certain areas thrive on a high-density urban model. Downtown Flagstaff is a classic example, where street-level properties are filled with small businesses and upper floors are crowded with renters. Aspen Place at the Sawmill exhibits a more recent model, particularly as the area offers a balance of residences, restaurants and stores.

Folke added that the owners of Aspen Place are in the business of recruiting commercial tenants, which has likely contributed to the area’s success. This management tactic influences the development of mixed-use areas, and it also demonstrates how some properties perform better than others.

Regardless of the significant student population, off-campus housing complexes also have unoccupied space.

“At the staff level, we’re a little surprised these big projects are still coming to town, because we’re being told The Standard and the Hub have vacancies,” Folke said. “What the industry folks will tell you is that, as long as occupancy is above 80%, there’s a market.”

Although numerous complexes, such as Fremont Station Apartments and The Grove Apartments, are dominated by college students, these facilities are organized independently from the university. NAU and the city operate under different jurisdictions within the state and Flagstaff, respectively, and this distinction is reflected through their planning and infrastructure.

As separate entities, the city and NAU each have master plans. These documents provide a long-range layout for specific areas of development, and they typically encompass a 20 to 30 year period. Currently, the university is working on compiling an updated master plan.

NAU has partnered with a planning and design firm, Sasaki, to initiate this process. Vedral said Sasaki and the university have worked to analyze the development, use and efficiency of space on campus.

“We’ll engage with the city and the community in different events to receive input,” Vedral said. “As we move forward, we’ll look at what we can do better as a university. It’s pretty holistic. The big picture is that collaboration gets you a better product.”

Vedral said the university’s master plan will reference a variety of categories. Landscaping, sustainability, transportation, community engagement and technology are among those included.

The plan will also account for an array of architectural features on campus. Buildings such as Old Main depict a historical era of design, while dormitories like Reilly and Sechrist showcase patterns of the ’60s and ’70s, and facilities like the Health and Learning Center illustrate modern trends. Considering the varying styles on campus, Vedral said it is important to establish a sense of cohesion.

“There’s a lot of really great opportunities to create memorable connection points,” Vedral said. “Most of us go through life and there’s spaces we remember and get emotionally connected to. We need to have more of that on campus.”

Vedral explained how NAU can thrive through its utilization of exterior space. As an architect, Vedral compared the university’s ongoing efforts to The Emerald Necklace, which is a beautifully connected chain of parks and public spaces in Boston, Massachusetts. Similarly, NAU’s updated master plan seeks to create connectivity on campus.

Folke and Vedral both concluded that urban planning is a collaborative and communal process. Planners are not positioned to declare winners and losers or assess risks and rewards. Instead, the planning and design profession, along with its successes, relies on active communication and feedback.

“The big picture is that we want to create the best environment and the best places for the students and staff on campus,” Vedral said. “As we get into the master plan, we will definitely give everyone the opportunity to discuss and provide feedback.”