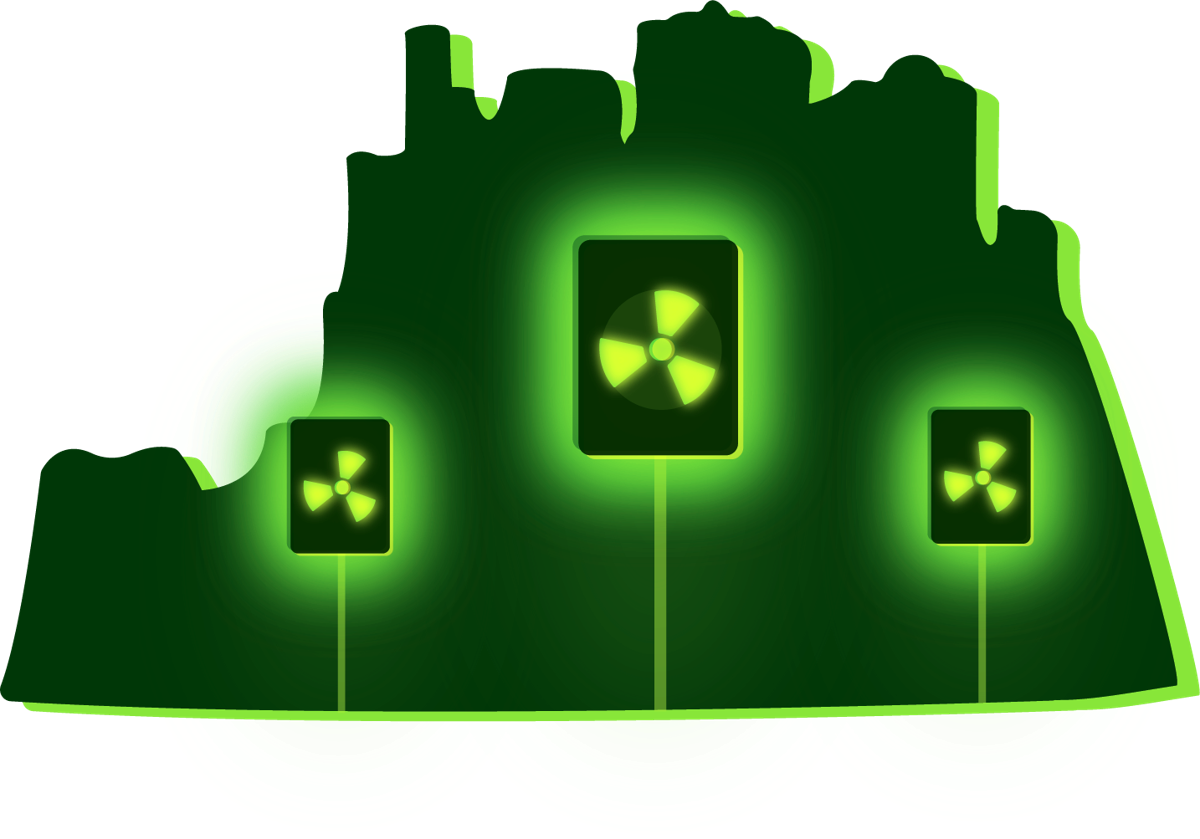 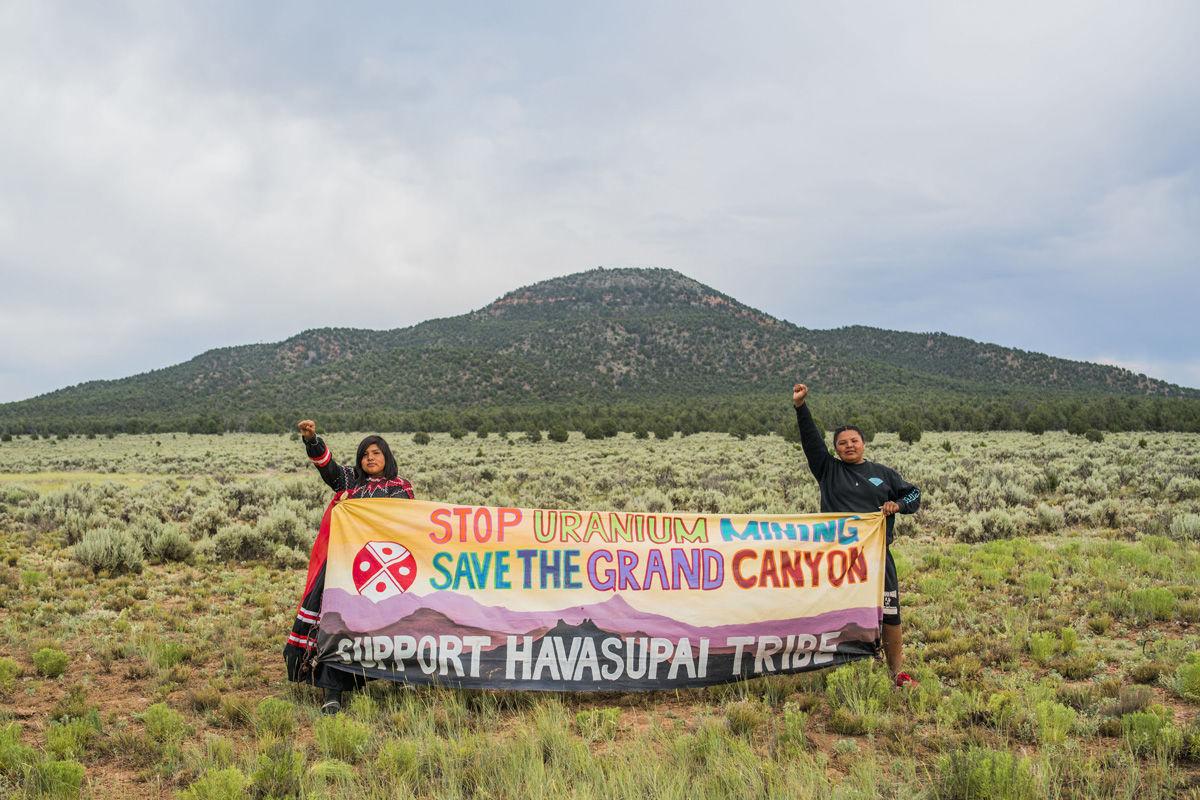 In, 2017, the Havasupai tribe convened at Red Butte, or �Clenched-fist Mountain," for an intertribal spiritual gathering to protect their Grand Canyon homeland from uranium mining contamination.

In, 2017, the Havasupai tribe convened at Red Butte, or �Clenched-fist Mountain," for an intertribal spiritual gathering to protect their Grand Canyon homeland from uranium mining contamination.

Serious concerns have been raised over the pollution of groundwater at the Canyon Uranium Mine as environmental advocates push back against the attempts of mining interests to expand access near the Grand Canyon.

According to the United States Forest Service (USFS), the Canyon Uranium Mine had a long history of lawsuits and shutdowns since Energy Fuels Inc. first submitted plans for a mine in 1984. The site has only been in continuous operation since 2012 and construction of the mineshaft was completed in 2018.

Ore has yet to be extracted, but Amber Reimondo, the energy program director for Grand Canyon Trust, said her organization is already concerned about the Canyon Mine.

“The primary concern has to do with groundwater and the possibility for groundwater contamination,” Reimondo said. “Once water comes into contact with uranium ore, there’s an increased risk that contamination will spread, especially underground. Low and behold, in 2013 the mine’s owner actually started striking perched aquifers.”

Reimondo stressed that contaminated groundwater at the mining site could spread significant distances, posing a threat to a wide area of the Grand Canyon region.

“Canyon Mine is only about 6 miles as the crow flies from the rim of the Grand Canyon,” Reimondo said. “If groundwater beneath the mine were to be contaminated, it doesn’t stay there — it will go into the Grand Canyon. Whether it goes south toward Cataract Canyon, which is where Havasupai Village is, or it goes north into the main part of the canyon.”

Energy Fuels, the company that owns the mine, has downplayed fears that their operations could affect the groundwater. In an interview with the Phoenix New Times, Curtis Moore, Energy Fuels’ vice president of marketing and corporate development, dismissed concerns about the mine.

“... Despite the hysterical claims by activists in the letter, there are zero issues with water at the site,” Moore said. “Any inference that there is any sort of water contamination at the site is just plain false.”

Documents from Energy Fuels show that in 2018, over 9.6 million gallons of water were pumped from the Canyon Mine. Additionally, water samples showed dangerously high levels of arsenic and uranium.

Alicyn Gitlin, a member of the Sierra Club, expressed concerns similar to Reimondo’s regarding the Canyon Mine. She also explained that the mine’s aquifer protection permit from the Arizona Department of Environmental Quality (ADEQ) is due for renewal. She said the mine’s current permit is problematic.

Gitlin explained the various efforts of the Sierra Club, Grand Canyon Trust and other environmental advocacy groups to address the issues surrounding the Canyon Mine.

“We, along with several other conservation organizations, submitted very detailed comments to ADEQ asking for the shutdown of the mine, or at least for an individual permit,” Gitlin said. “We’re communicating directly with ADEQ and letting them know what our fears and our concerns are.”

Gitlin said water contamination at the mine could have lasting consequences for other natural entities, including soil, plant and animal life.

“A study showed that even after reclamation at Grand Canyon area mines, the contaminant levels in the soil were elevated above pre-mining levels,” Gitlin said. “We don’t know how to contain this. We don’t know how to clean it up. We’ve never successfully cleaned up groundwater once it’s contaminated, so we need to stop that risk before it even starts.”

According to the USFS, Energy Fuels was given operating rights to the Canyon Uranium Mine in 1984. The decision was quickly met with backlash and ultimately unsuccessful litigation from the Havasupai Tribe and others. While initial preparations for mining began that year, economic factors halted actual mining operations, but Energy Fuels maintained rights to the site.

Despite economic difficulties, Energy Fuels decided to resume operations at the Canyon Mine. USFS documents state that Denison Mines, which is an organization merged with Energy Fuels, informed the local forest supervisor of the company’s intent to restart operations in June 2012.

A decision from the Secretary of the Interior on Jan. 9, 2012, legally restricted new mining claims in the portion of northern Arizona that includes Canyon Mine. However, the Forest Service determined that the original 1984 claim remained valid, which allowed Energy Fuels to resume operations.

During the conflict over Canyon Mine, Energy Fuels and other mining organizations sought to expand mining access near the Grand Canyon. This included efforts to rescind the 2012 Interior Department order, which created a 20-year ban on new mining claims near the Grand Canyon. Furthermore, a recent letter from the Nuclear Energy Institute to President Donald Trump’s national security adviser called for expanding mining access in addition to increased domestic production of uranium.

In an attempt to permanently solidify the Interior Department’s moratorium on mining, U.S. Rep. Raúl Grijalva of Arizona, alongside several co-sponsors, introduced H.R. 1373, the Grand Canyon Centennial Protection Act. The bill seeks to permanently exclude over one million acres of federal land near the Grand Canyon and is currently working its way through Congress.