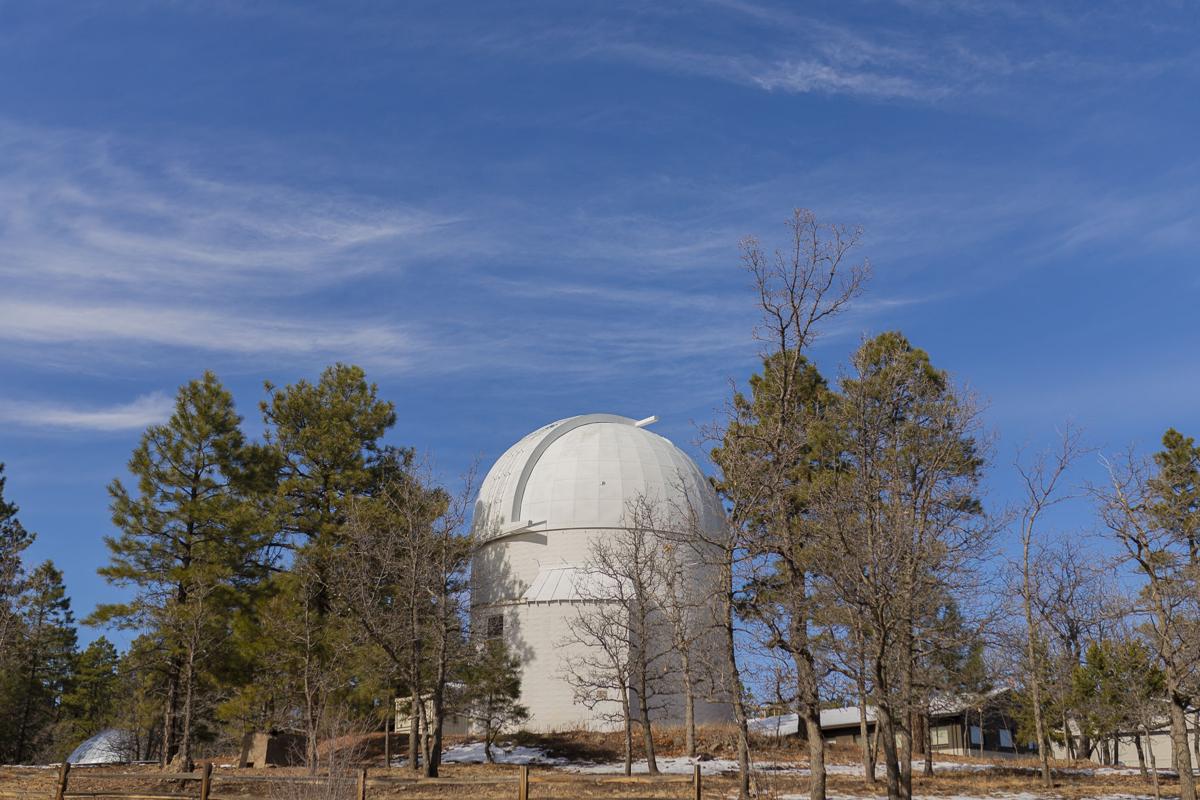 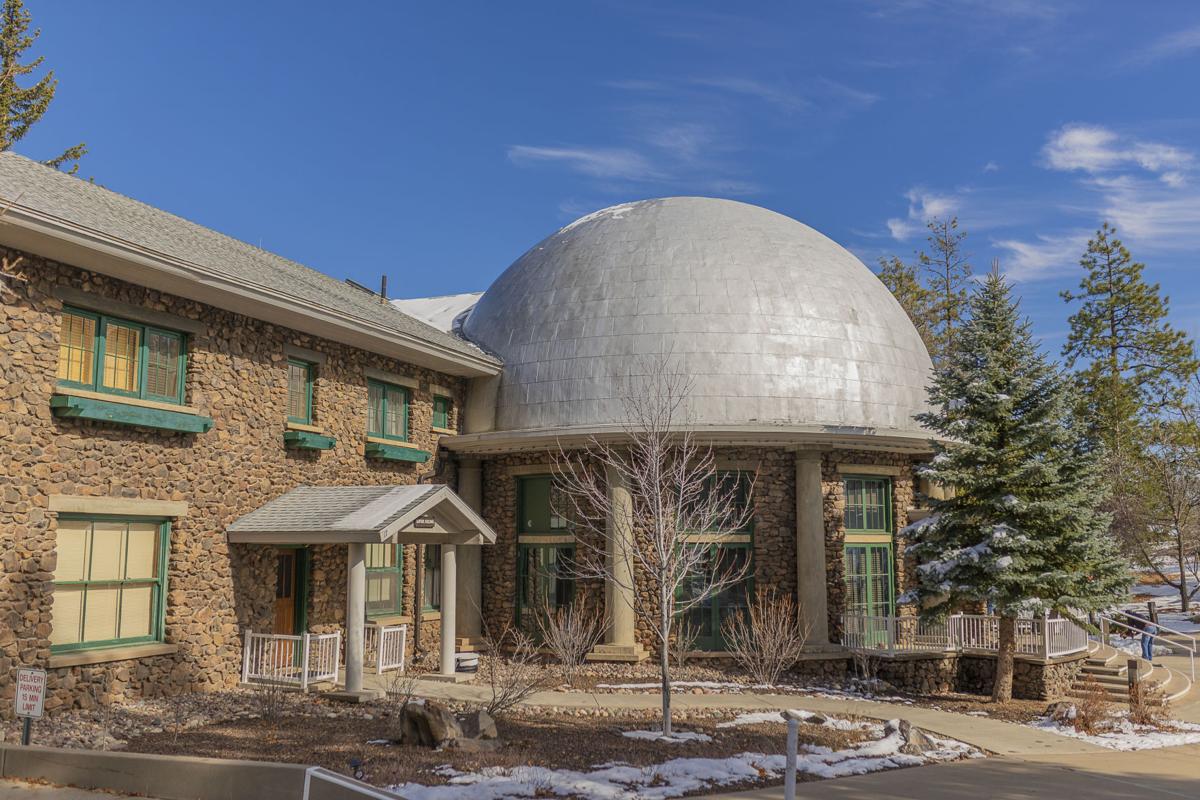 The Slipher Building located at Lowell Observatory is the administration building at the complex. The building, which is used as a library and museum, was erected in 1915. (Photo by Jaden Sonive) 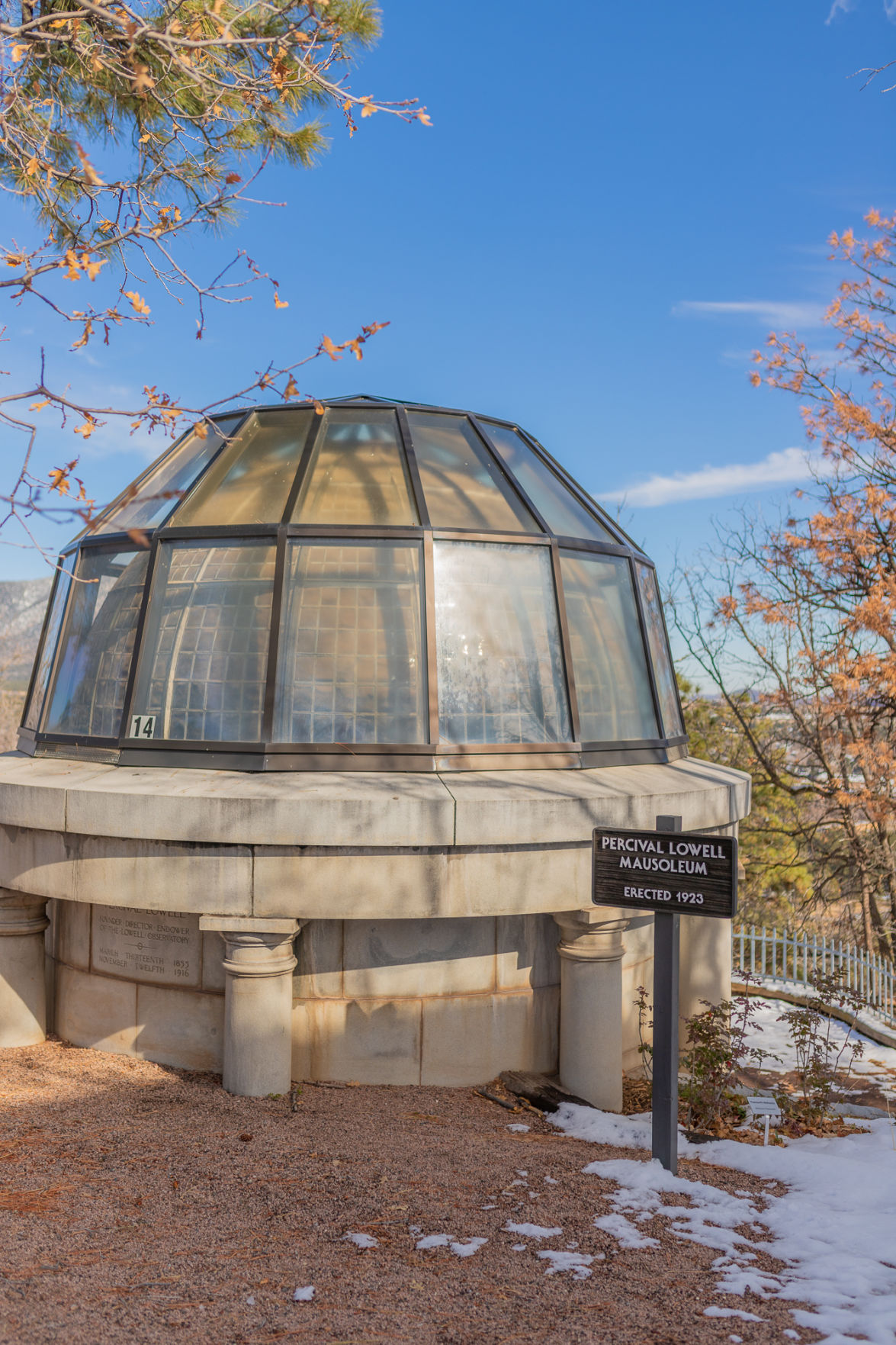 The Slipher Building located at Lowell Observatory is the administration building at the complex. The building, which is used as a library and museum, was erected in 1915. (Photo by Jaden Sonive)

Founded in 1894, the Lowell Observatory has been a center for research, education and important astronomical discoveries for 125 years.

Kevin Schindler, Lowell’s resident historian and public information officer, explained the origins of the observatory regarding founder Percival Lowell. Schindler said that Lowell settled on what was then Arizona Territory to build the observatory after considering multiple sites across the state.

“It was kind of the wild frontier, it was dark — good air out there,” Schindler said. “He sent an assistant out in the spring of 1894 and he went to several sites around Arizona Territory, and finally came to Flagstaff and decided this is the place.”

The Lowell historian explained that the conditions in Flagstaff are especially good for astronomical observations. The high altitude reduces atmospheric distortion and the city is relatively far from major metropolitan areas and other sources of light pollution.

Lowell initially built the observatory and its Clark Telescope to closely study the surface of Mars. Schindler discussed the founder’s fascination with the idea that Mars could harbor life.

“Percival Lowell, back in 1894, got interested in Mars and the possibility of intelligent life there, so he wanted to study astronomy himself and try to prove the existence of life on Mars,” Schindler said.

However, work at the observatory later pivoted from Lowell’s misguided belief in Martians to groundbreaking discoveries that remain valid.

Although many of the observatory’s greatest achievements are in the past, Schindler explained that the discoveries remain important to the field of astronomy.

Much of the observatory’s current research centers around the Discovery Channel Telescope, one of the largest telescopes in the country.

“The Discovery Channel Telescope has been fully operational for five years,” Schindler said. “The research program is thriving, perhaps more than any other time in the past.”

Schindler said alongside the observatory’s own work, Lowell scientists have also been closely involved in important research with other organizations.

One of those efforts is a partnership between Lowell scientists, NASA and a plethora of other organizations on the New Horizons mission. The mission, which launched in 2006 and is ongoing, sent a spacecraft to observe Pluto and the asteroid belts for the first time.

“For that mission, they have several different teams of scientists. One team focuses on what the surface of Pluto is made of and one focuses on the atmosphere,” Schindler said. “The head of the surface composition team is a Lowell scientist, Will Grundy.”

In addition to their focus on scientific research, the observatory has long had an emphasis on education and public outreach.

Schindler described how Lowell’s education efforts date back to its founding and complement the observatory’s scientific research.

“Scientific research is why we were founded, but even from the beginning, Percival Lowell said, ‘If we’re going to do science we should share it with people,’” Schindler said. “The research and the outreach kind of go hand-in-hand. The science drives the outreach in a lot of ways.”

Schindler discussed how soon after its construction, the observatory began inviting the public to look through its telescopes. Tourists began visiting the observatory from around the world following the famous discovery of Pluto in 1930, which eventually led to the opening of the formal visitor’s center in 1994.

Additionally, many of the employees in the observatory’s education programs are NAU students.

“Lowell tends to hire students from the university first,” Gialluca said. “They come in and tell classes here about when hiring opportunities are happening.”

NAU and Lowell Observatory also have many formal ties on a variety of academic and research projects.

Stephen Tegler is a professor of physics and astronomy who has taught at NAU for 25 years. He discussed his experience with Lowell Observatory, including working alongside Lowell scientists at the joint NAU-Lowell astrophysical materials laboratory.

“I work closely with some of their astronomers. We have what we call the astrophysical materials lab upstairs that’s jointly run by astronomers at Lowell and astronomers here at NAU,” Tegler said. “We investigate the materials that are thought to exist on the surface of objects in the outer solar system, so we simulate that here in the lab.”

Tegler’s work in the laboratory includes research with Grundy and other Lowell astronomers as a part of the New Horizons mission. For the mission, conditions observed on Pluto were recreated in the lab. One of the current projects in the laboratory involves recreating and studying materials found on Titan, one of Saturn’s moons.

Alongside research at the laboratory, NAU works with Lowell on its flagship telescope.

“We’re also partners in the Discovery Channel Telescope. That’s a partnership between NAU and Lowell Observatory,” Tegler said. “All the astronomers at NAU are involved in that and take advantage of that facility.”

Tegler emphasized that NAU and Lowell have had a close and long-standing relationship on a wide range of topics.

“The ties between Lowell and NAU have grown very tight and strong over the years,” Tegler said.

Throughout its first 125 years, Lowell Observatory has long had a commitment to public outreach, built strong relationships in higher education and made significant contributions to the field of astronomy.