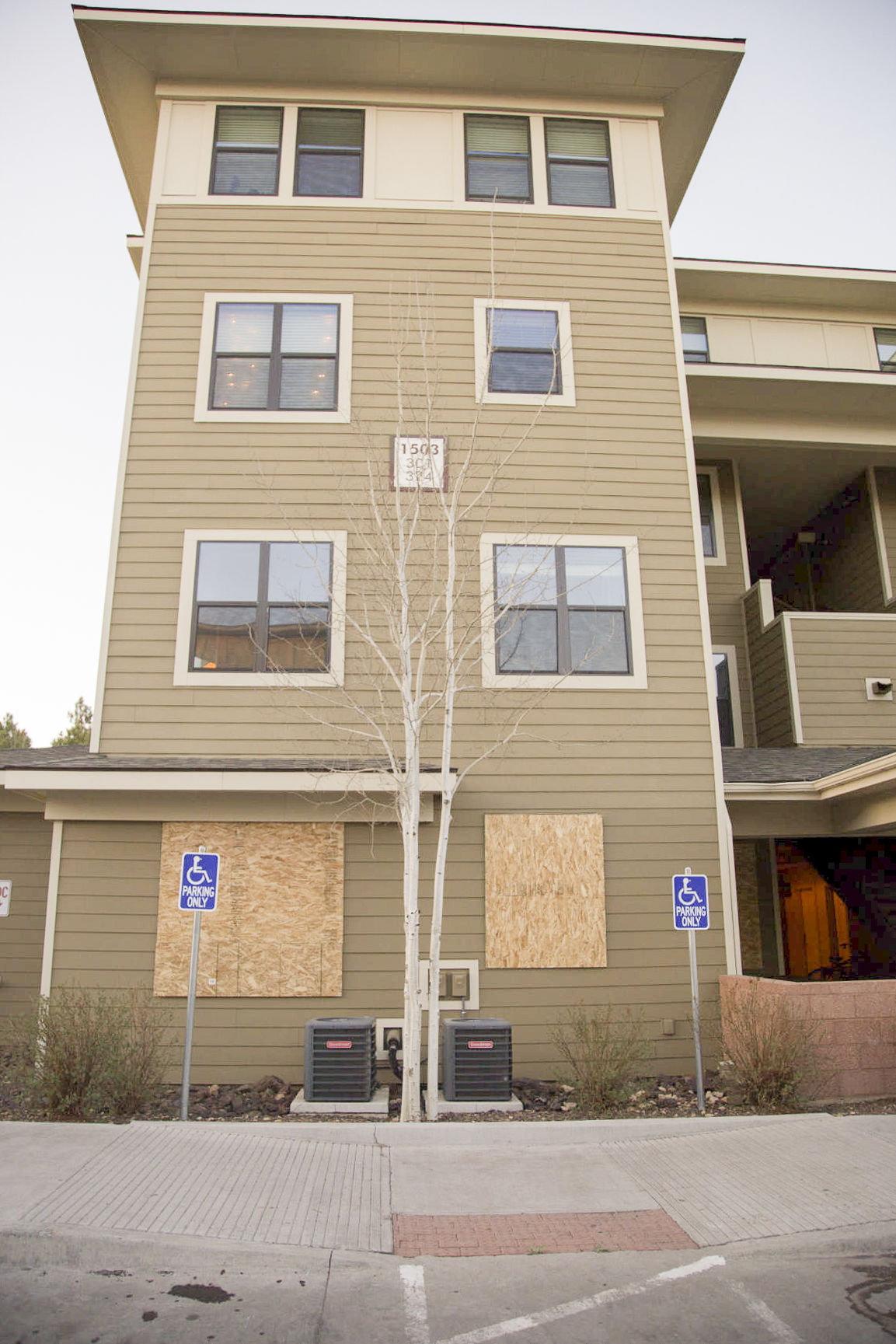 Boarded up windows at the Hilltop Townhomes apartment that belonged to student Joseph Michael Bock, April 5, 2018. 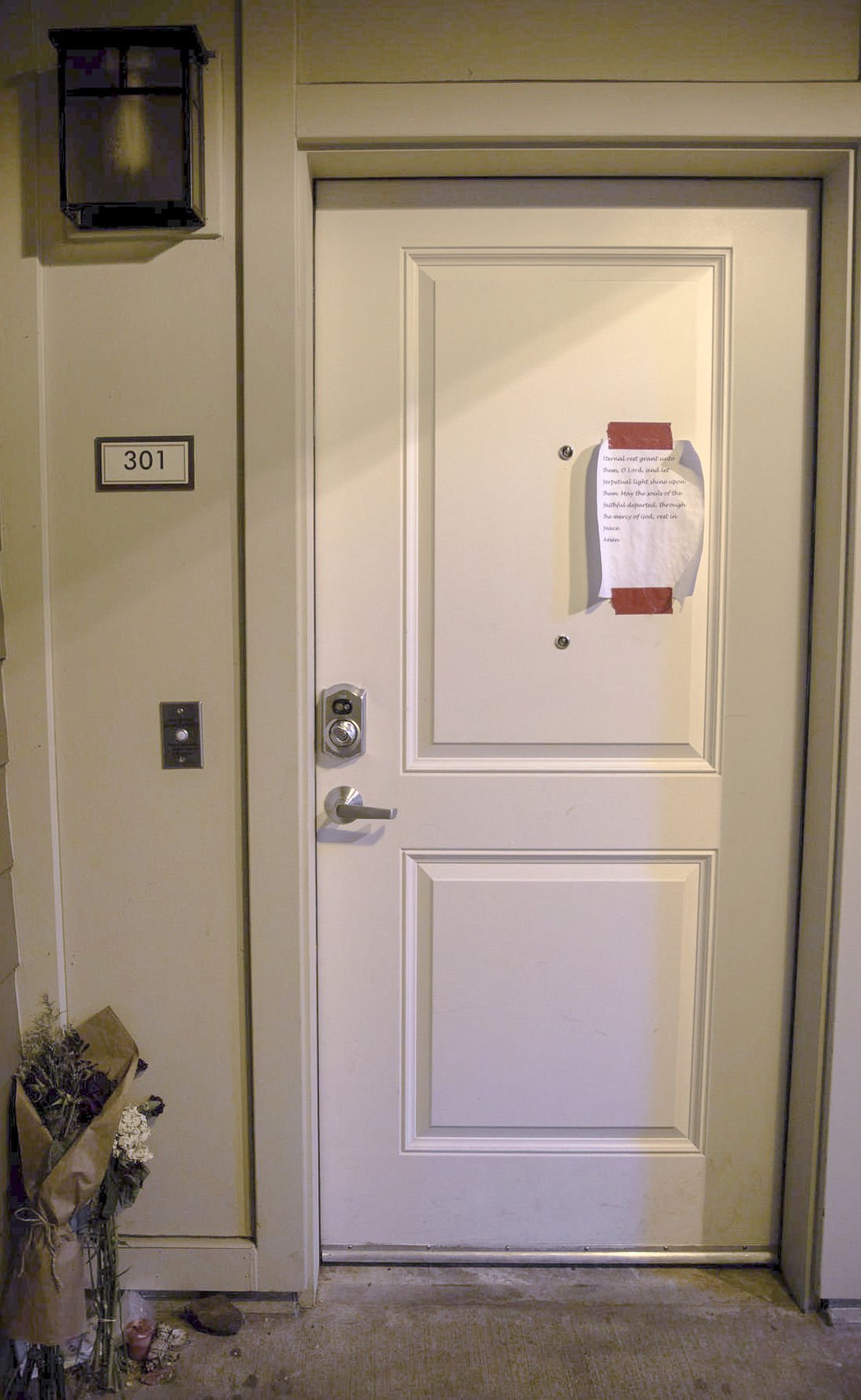 Flowers and a prayer left outside of Joseph Michael Bock's former apartment at Hilltop Townhomes, April 5, 2018. 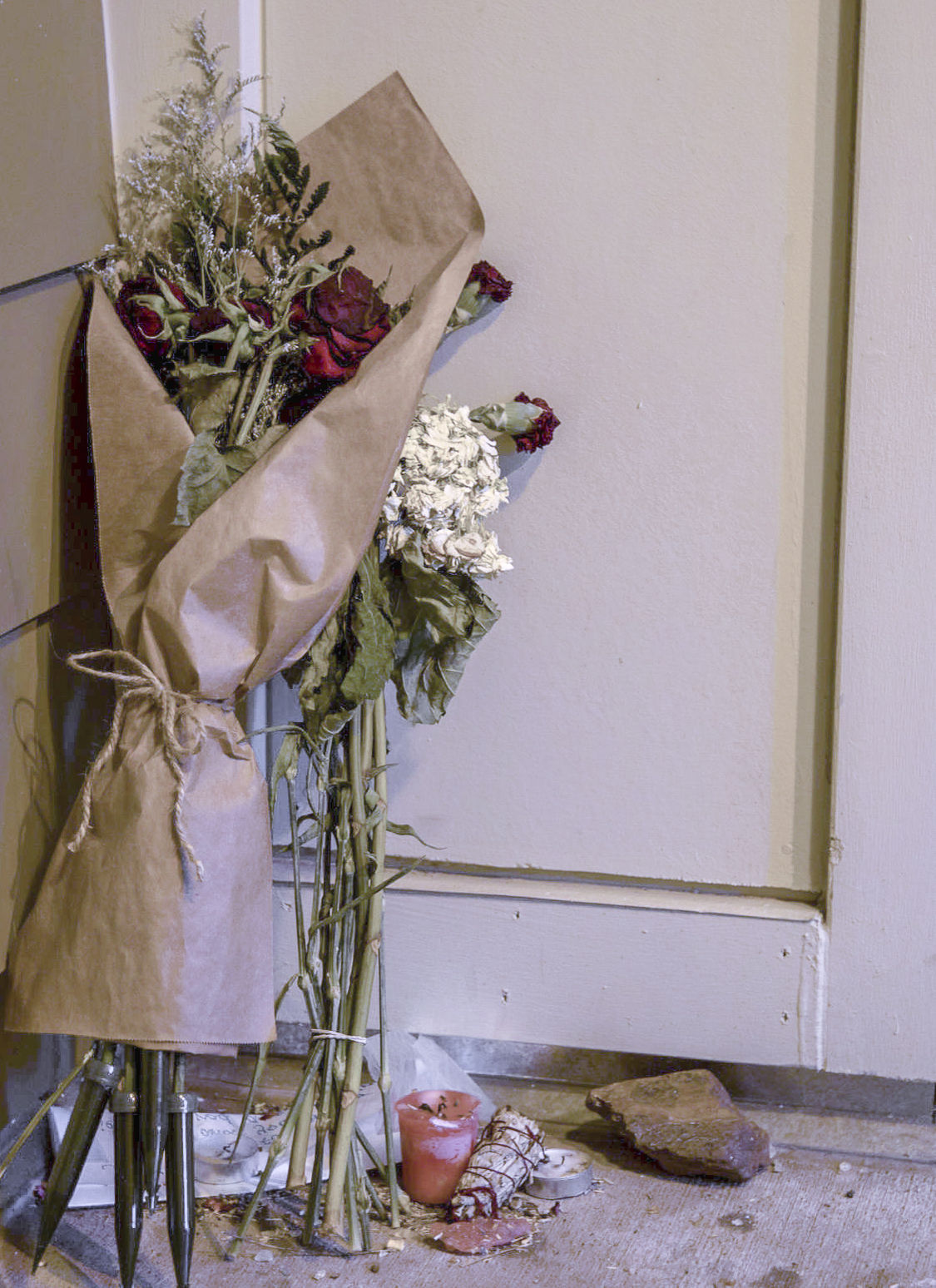 Three months after the discovery of Joseph Michael Bock's body in a Hilltop Townhomes apartment, the autopsy report ruled the death a suicide. The 16-page report details what the Coconino County Medical Examiner found during the two-day autopsy. The medical examiner found multiple self-inflicted stab wounds to the abdomen and traces of marijuana and methamphetamine in Bock’s system.

New details have come to light about the death of Joseph Michael Bock who was found in his room at Hilltop Townhomes March 21.

According to the police report, staff at Hilltop Townhomes found Bock when they were conducting unit inspections during spring break, which all tenants in the building were notified of.

They unlocked the door to apartment 301 around 2 p.m., entered the apartment through the kitchen and found a bong and some blood on the kitchen counter. One staff member noted that the bong was in violation of Hilltop Townhomes policy.

Finding more blood on the blinds, the two staff members saw a trail of blood leading up the stairs. As they followed it, they saw blood on the wall and the amount increased with each step they took. As they walked, one employee began to document the apartment by taking photos, which would later be handed over to police. He stopped, however, when they climbed the stairs, realizing that someone could be seriously hurt and helping them was the priority.

The door was open when they reached an upstairs bedroom where there was even more blood in the room and on the comforter, which was soaked in blood.

In the bathroom there was also blood on the counter, the shower curtain, a hanging towel and in the bathtub sat two to three inches of bloody water. The lid to the toilet was ripped off and was on the floor in front of the toilet.

One of the staff members noticed something, the trail of blood ran underneath the door into another bedroom, and pointed it out to her colleague. The two entered and found the naked body of a young man with injuries around his stomach, who would later be identified as one of the tenants, Joseph Michael Bock.

Bock’s body was discolored and a foul odor had filled the room. Despite his appearance, however, neither staff member could be positive the young man was deceased and one called out to him several times.

“Hey, hey, hey,” said one employee according to the report. “There was no response.”

Seemingly satisfied and perhaps shocked, the two called 911 and retreated out of the apartment, locking the door behind them.

Soon, police arrived to the apartment and blocked off a section of the road with tape.

When police arrived, they were escorted to Bock’s room by the employees who unlocked the door for them. As one officer noted, there was no signs that someone had forced their way into the apartment either through the door or the windows and there was no blood outside of the apartment.

After checking the key log, police also found that Bock was the only tenant to have entered or exited the apartment the previous day, the last entry was Bock going into the apartment at 5:33 p.m. on March 20.

Bock was alive as late as 8 p.m. the previous day as a Hilltop employee recalled seeing him come into the office around that time looking for a package containing shoes he had ordered.

Police obtained the names of all residents of the building and one name stuck out as familiar to officers: Bock’s. As it turned out, NAUPD had encountered him before when Bock had threatened one of his roommates with a knife. The incident had occurred earlier in the year on Feb. 23. At that time, Bock had been arrested on drug charges and he was forced to move to a new apartment.

As an officer entered the apartment March 21, he noticed that there was blood on a blanket just inside the doorway, and dry drops and smudges all over the first floor of the apartment. As a precautionary measure, the officer drew his gun and continued to search and clear the apartment. One drawer was open in the kitchen. He found no one downstairs, however.

Like the staff members before him, the officer followed the crimson trail up the stairs. When he came to the bedroom, the officer found Bock laying face down under the bed and partially on his left side, part of his torso slightly elevated. There was blood on the mattress and on the floor around Bock and he had injuries to his stomach.

After medics arrived, it was confirmed that Bock was indeed dead.

Police have requested a number of cell phone records as well as the preservation of a number of Snapchat records. Officers also spoke with at least two individuals who may have known Bock, one of which said she was “there last night.”