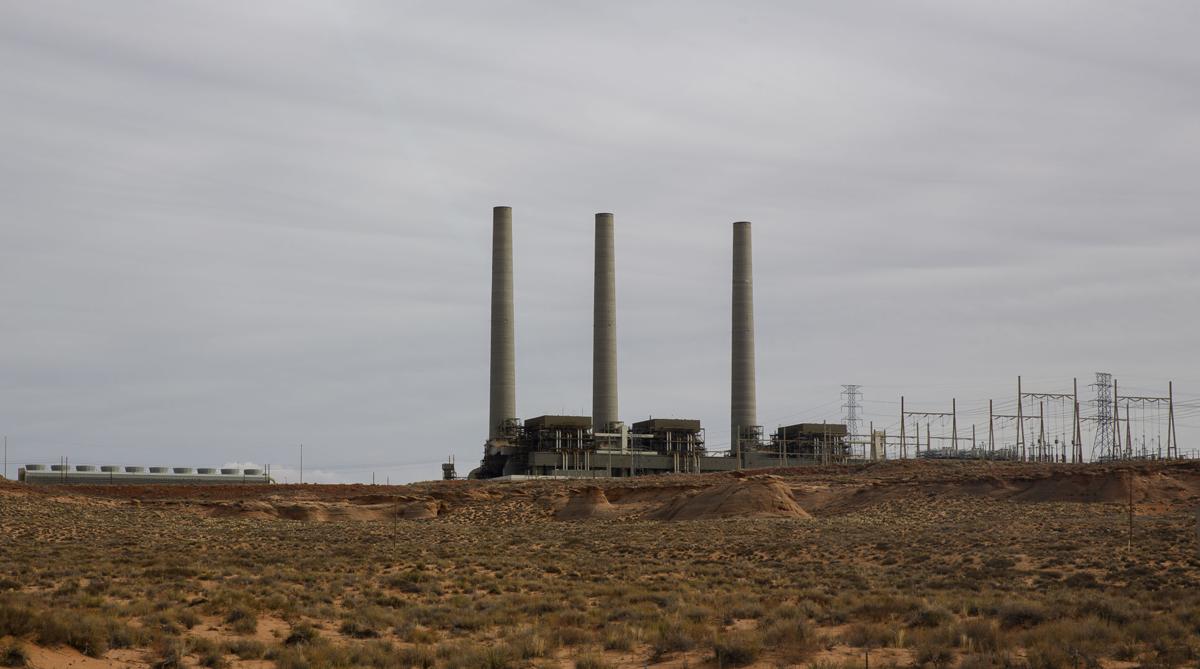 The Navajo Generating Station in Page, AZ is not running anymore after it was closed earlier this month, Nov. 27, 2019. The station and the Kayenta coal mine were both closed because there are other gases that are more efficient than coal to run power plants and generating stations. (Photo by Shannon Swain) 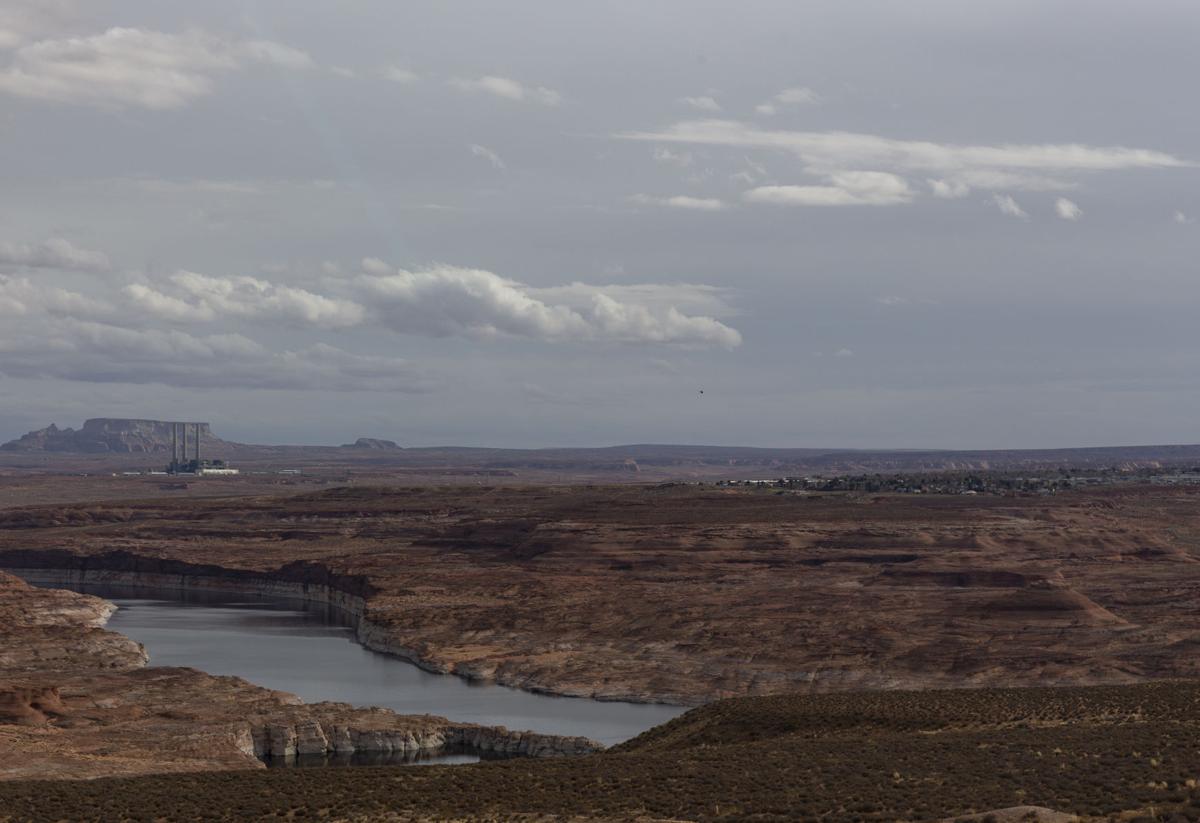 The Navajo Generating Station in Page, AZ is not running anymore after it was closed earlier this month, Nov. 27, 2019. The station and the Kayenta coal mine were both closed because there are other gases that are more efficient than coal to run power plants and generating stations. (Photo by Shannon Swain)

The closing of the Kayenta coal mine and Navajo Generating Station (NGS) have many residents of the Navajo Nation questioning what comes next.

Percy Deal, a 70-year-old Navajo man, lives near the Kayenta mine and said the impact on the land over the past 50 years has been devastating.

“Down in the wash you can real[ly] easily dig maybe like three or four feet with your hand and then you see water coming up,” Deal said. “That’s one major change. There’s no more water. All the natural springs and the wells are dry.”

Peabody Energy, the parent company of the Kayenta mine, told residents like Deal the mine would recharge the aquifer used in its mining operations, but Deal said there is no evidence of the company working to reshape the watershed. He also said there has been a lack of communication by Peabody regarding specific plans.

“Kayenta’s reclamation plan was approved by the Navajo Nation and Hopi Tribe and is subject to additional review and approval by the U.S. Department of the Interior,” Murdock said. “The plan is available to the public.”

Robyn Jackson, the energy and climate outreach coordinator for Diné Citizens Against Ruining Our Environment (C.A.R.E.), said the mine used millions of gallons of Navajo aquifer water and its depletion is affecting the Navajo communities in the surrounding area.

“Water quantity and quality is an ever-increasing concern for Navajo communities, especially those located in this area, particularly since the prolonged drought has already been affecting Navajo communities and the Southwest,” Jackson said.

Deal said without this water, it is very difficult to grow any crops, which are not only a source of food but also symbolic in traditional ceremonies and the release of sacred pollen. He also mentioned many of the herbs and plants no longer growing were used for medicinal purposes.

Deal explained Navajo women are unable to find the vegetation for the natural dyes to make the wool rugs they are so well known for. The use of synthetic dyes affects the tradition of the art and causes the rugs to be of less value.

The disappearance of local wildlife is another issue. Deal said the animals have left the area to seek water and vegetation elsewhere. He explained that in the Navajo culture, the animals are brothers, so losing them is like losing family members.

Deal said his family has been on land near the mined area for five or six generations, and they always had cattle and sheep to raise. However, he is unable to maintain herds with the lack of natural vegetation for them to eat. He talked about having to care for his calves himself because the mother cows have no milk due to dehydration.

Jackson said the closures give the Navajo people the opportunity to move toward investing in more environmentally conscious forms of energy production other than the extraction industries.

“Still, many of our Navajo public and local grassroots organizations have been encouraging the Navajo Nation leadership to pursue diversifying their economic portfolio and invest in more renewable and sustainable sources of economic development and generation,” Jackson said.

The 2010 census shows that 53% of the Navajo population live off the reservation. Deal said the elderly that are left are doing their best to hang on to their traditional way of life despite family separation. He said the negative effects are tearing the Navajo Nation apart.

“Elders have a responsibility to leave plentiful resources for future generations,” Deal said. “With no economic development for jobs for the educated young people, they are moving away for work.”

Deal said his mother told him about discussions between traditional Diné speaking tribal council members and English speaking Peabody executives 50 years ago, which required an interpreter to explain the lease that had already been awarded for mining their land. Deal explained that those involved were not warned of the impact mining would have and were told mainly of the economic security they would receive as a result. Deal said they were never told of the water disappearing, herbs and plants dying, crops not growing, wildlife leaving and health problems becoming prevalent.

Even with grassroots organizations like Diné C.A.R.E. and Black Mesa Water Coalition advocating for assurance that Peabody Energy will keep its word, Deal said he is not sure if he will ever see plants, land and water return to the way they were when he was young.

Jackson said there are more concerns with the water usage of the Colorado River and emphasized the need for larger cities like Phoenix and Tucson to be mindful of conservation efforts and sustainability.

“There was, and in many ways is still, a lot of environmental injustice that occurred from central and southern Arizona being dependent on electricity and water from NGS. The Central Arizona Project that came at a great expense to Navajo communities, who to this day do not have the same infrastructure — electric and water — as these modern cities,” Jackson said.