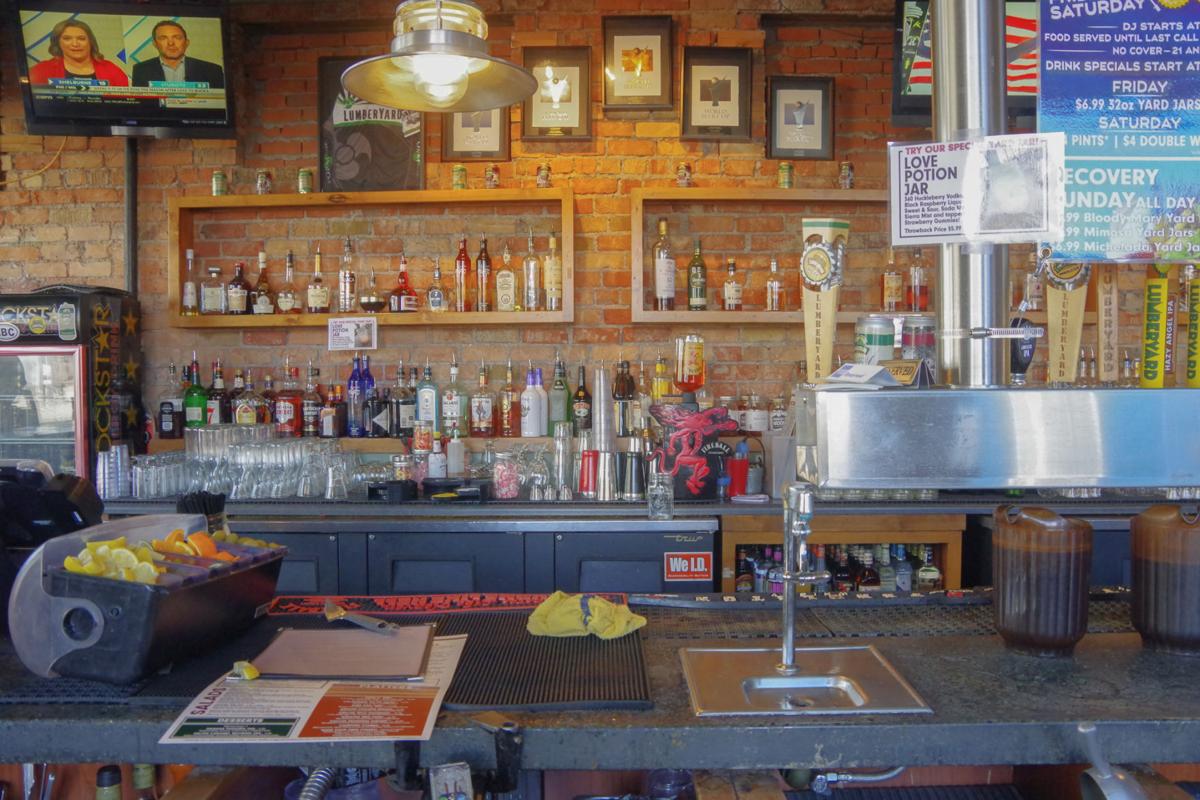 The back shelf of the Lumberyard Brewing Co. bar in downtown Flagstaff, Feb. 7. (Photo by Taylor Schwartz-Olson) 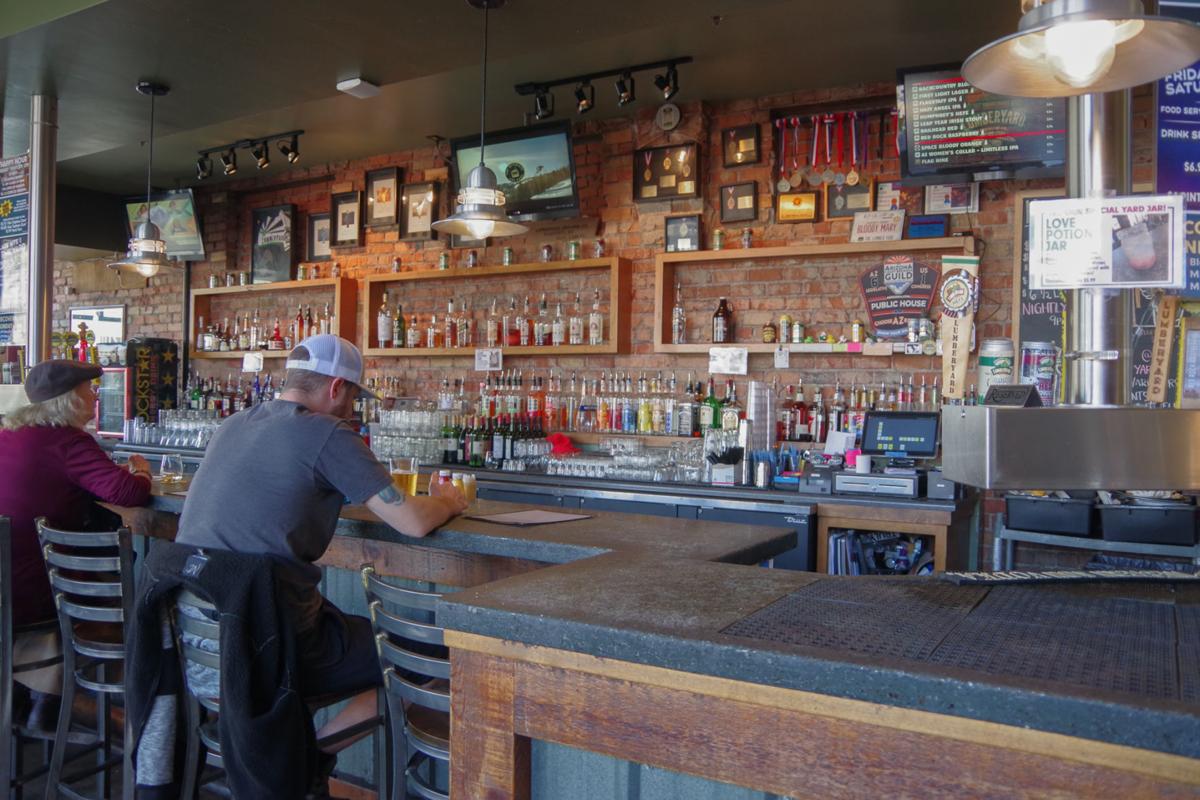 The back shelf of the Lumberyard Brewing Co. bar in downtown Flagstaff, Feb. 7. (Photo by Taylor Schwartz-Olson)

Safety concerns arise for many people, especially NAU students, who go out drinking and attend events at local bars downtown during Valentine’s Day.

Bar employees at many Flagstaff establishments undergo training to prevent sexual harassment situations. The Arizona Safer Bars Alliance is a statewide initiative that has provided safety training for people who work at bars so they know how to respond to specific cues, such as overly intoxicated people and inappropriate body language, according to the Arizona Department of Health Services.

Staff at local bars like Lumberyard Brewing Co. receive training every year, including an initial five-hour training. Then, any returning staff attends a two-hour refresher.

Patty Walsh, Lumberyard executive operations manager and bartender, said the bar is prepared if sexual harassment occurs or anything looks out of the ordinary.

“We have trained our security to keep an eye out for anything that looks suspicious or step into a situation where they see a young lady that is maybe more intoxicated than the gentleman,” Walsh said. “They are trained to watch situations like that and be ready to handle them.”

According to NAU’s website, the student population grew to over 30,000 students in fall 2019, so the Lumberyard sees a spike in a young demographic on Friday and Saturday nights.

On Valentine’s Day, Lumberyard staff will be offering drink specials and a dessert special on the menu. The bar hosts a DJ and dancing on these nights, bringing in many single men and women to enjoy the event.

“We have flyers in our bathrooms that explain safety programs,” Walsh said. “We will get notified, call for security and make sure whoever is in danger gets safely into a cab or an Uber.”

Even though sexual harassment and disturbances have presented themselves, Walsh said she and the Lumberyard staff feel confident and plan ahead to keep their guests safe.

Many local bars have not experienced many problems with managing sexual harassment situations. However, sexual harassment situations and disturbances have occurred from over-intoxicated people, according to the Arizona Department of Health Services. Ryan Hays, restaurant manager and co-owner of Cornish Pasty Co., said some occurrences have escalated to become more intense.

“Recently, one time on a First Friday, we had a DJ and somebody was dancing and making people feel very uncomfortable,” Hays said. “He tried to get violent with us, so we tried to kick him out once. He ended up getting into a fight. That time, the cops had to come.”

Hays suggested the main reason why the bar and restaurant are successfully identifying uneasy situations is the advantage of having a tight net of servers always on the floor. Hays said the staff will not hesitate to ask someone to leave.

According to a report by the United States Department of Health and Human Services (HHS), sexual assault is a common issue on campuses, and many go unreported. Around college-age groups, between 18 and 24, one in five women experience sexual harassment or assault. The report also suggests that many students try alcohol and drugs their first time when in college, leading people to potentially dangerous situations.

According to the HHS report, sexual assault can include anything from continuous, non-consensual touching to rape.

Flagstaff resident Stephanie Lawrence said she has had experiences of sexual harassment when her friends have gone to socialize downtown.

“My roommates were really drunk and danced with a couple guys before we left the bar,” Lawrence said. “The two guys followed us outside trying to take [my roommates] home until a couple of other guys finally came and told them to leave us alone.”

Many assault cases, big or small, go unreported by victims, according to the HHS report. Approximately one in five people who are sexually assaulted actually report the attack to someone or the police. Talking about sexual assault to strangers can be difficult, but HHS encourages people to speak up so police can prevent future assaults.

Bars may be considered dangerous places prone to sexual harassment situations, but in some cases, good affairs happen. Walsh said the Lumberyard is also a place where love can begin.

“During trivia night, we are having a proposal,” Walsh said. “They had their first few dates here, and during trivia, we are going to enter the big question into one of the rounds.”

Walsh said many couples have met at the Lumberyard as well, so people searching for love should feel safe.