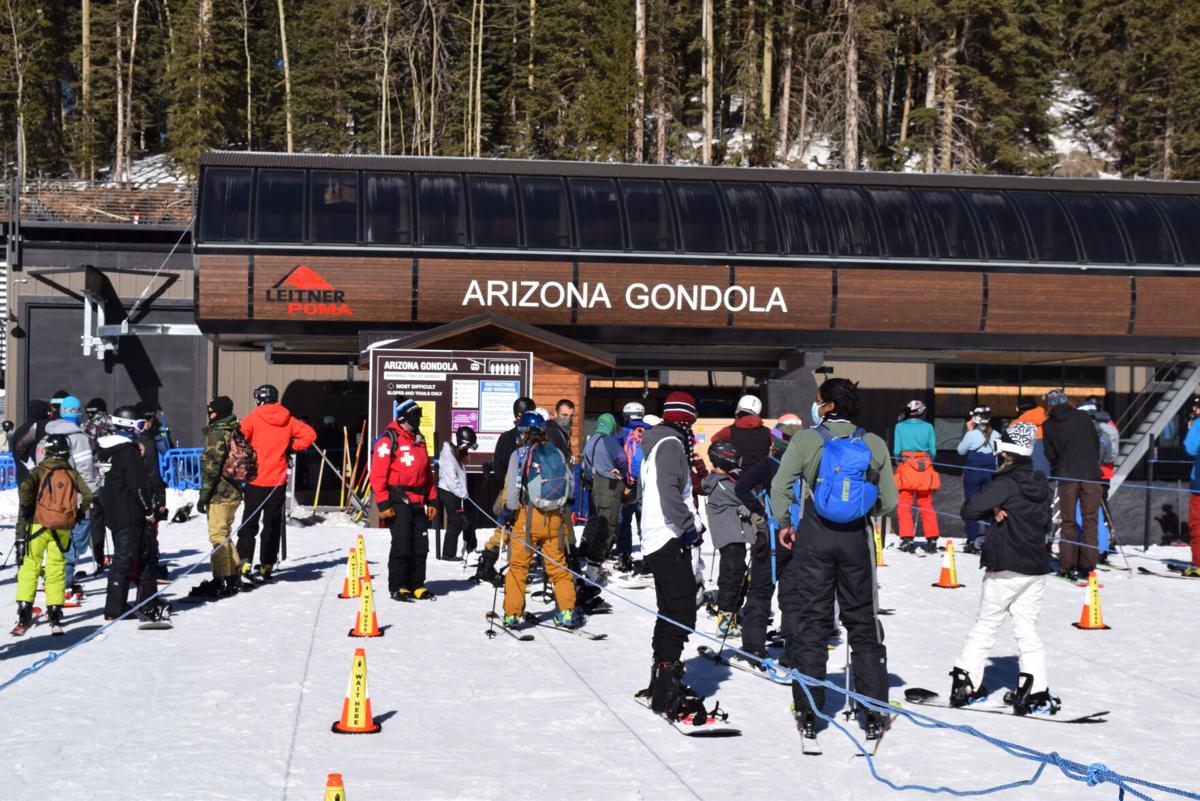 Patrons wait in line for the next ski lift, Jan. 31. 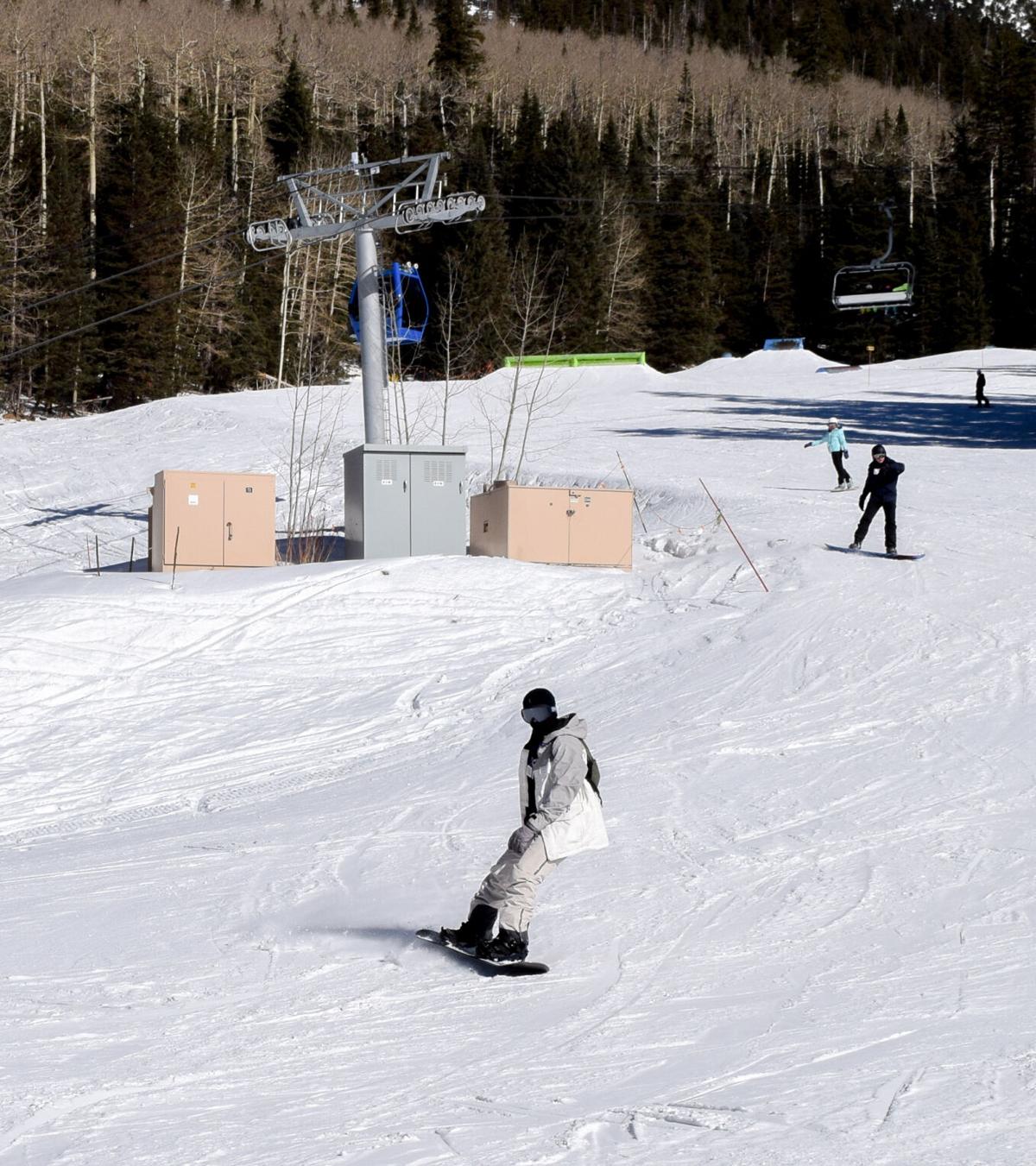 Snowboarders cruise down the slopes, Jan. 31. 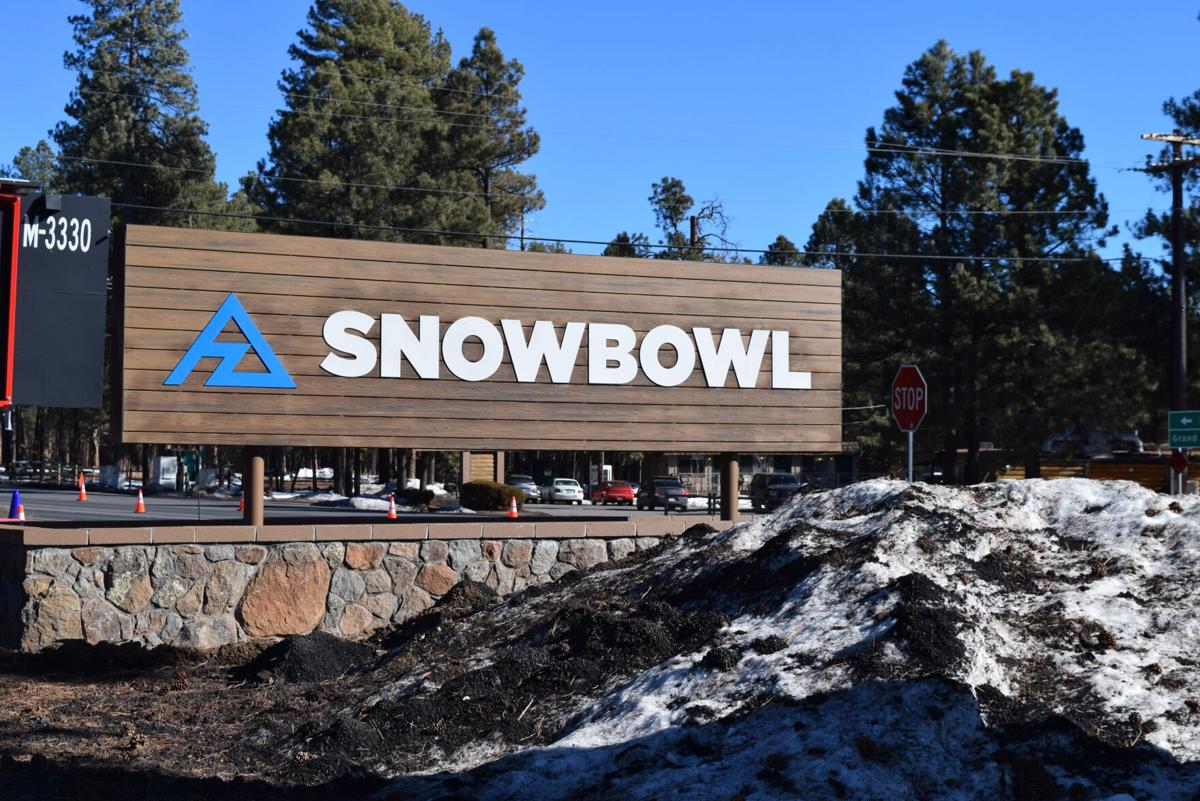 The sun shines down on the Snowbowl sign, Jan. 31.

Patrons wait in line for the next ski lift, Jan. 31.

Snowboarders cruise down the slopes, Jan. 31.

The sun shines down on the Snowbowl sign, Jan. 31.

January’s recent snow storms have been ranked as the 13th wettest and 13th snowiest January on record in Flagstaff, according to the National Weather Service. Warning coordination meteorologist Tony Merriman said the month of January provided Flagstaff with more precipitation than the 2019 and 2020 monsoon seasons combined.

The majority of the past month’s snowfall was the result of two separate storm systems that moved into the northern Arizona region right after one another, Merriman explained. Both of these systems hit Flagstaff between Jan. 23 through Jan. 26, with the second being the colder of the two.

Staff at Arizona Snowbowl were also keeping an eye on the storm and preparing for customers as the clouds began rolling in. Snowbowl marketing manager Li Cui said the resort sold out fairly quickly once the storm hit Flagstaff.

“With the sudden snowfall, everybody wanted to come up and experience the conditions,” Cui said. “So quite frankly, it was more customers than we could accommodate up here due to the size of the mountain and COVID-19.”

Snowbowl has begun limiting their daily ticket sales due to COVID-19, as well as enforcing several other safety regulations, Cui said. As with most ski resorts that have opened up for the winter season, Snowbowl is only allowing customers to purchase lift tickets online in order to avoid the congregation of people waiting in long lines.

Masks are now required when visiting Snowbowl and ski patrol staff have been dispersed around the resort enforcing the COVID-19 safety regulation, Cui said.

“We’re operating in accordance with all local and federal guidelines,” Cui said. “We’re limiting the amount of people on the mountain, masks are required when visiting Snowbowl and we have ski patrol and other staff actively enforcing this rule in our lift lines.”

Thomas Russo, professor and chief of the division of infectious disease at the University of Buffalo’s Jacobs School of Medicine and Biomedical Sciences, said in a Business Insider article that he believes one could likely wear a mask without affecting their resort activity in any way. Russo also explained despite being outside, limited customer intakes as well as physical distancing are very important aspects in terms of COVID-19 safety at ski resorts.

Customers that refuse to follow Snowbowl’s new safety guidelines run the risk of being denied service for the day or multiple days thereafter, Cui said.

Cui explained Snowbowl is truly trying to communicate to potential customers that there are real changes occurring at the resort this year. The season will be vastly different than past years due to the pandemic.

Because of the immense snowpack produced by the January storm systems, Cui said Snowbowl currently predicts their resort season to run through the end of April.

However, if any more storms move into the northern Arizona region, a season extension could be in order.

An article from Arizona Daily Sun specified that the recent storms had dropped over 31 inches of snow within Flagstaff and as much as 47 inches across other areas of Coconino County.

Given the immense drought northern Arizona has experienced in recent months, the moisture provided by these storms was a welcome sight, Merriman said.

“This kind of moisture will help put a dent in our exceptional and extreme drought being observed across northern Arizona,” Merriman said. “However, the period from February 1, 2020 to January 31, 2021 is still the fifth-driest February through January period on record in Flagstaff, so we have quite a ways to go regarding improving drought conditions significantly.”

While the storms provided some aid in terms of drought relief, northern Arizona may continue to struggle with drought in the coming months. This is mainly because there does not appear to be any forecast storms that match the January systems’ caliber in the near future, Merriman said.