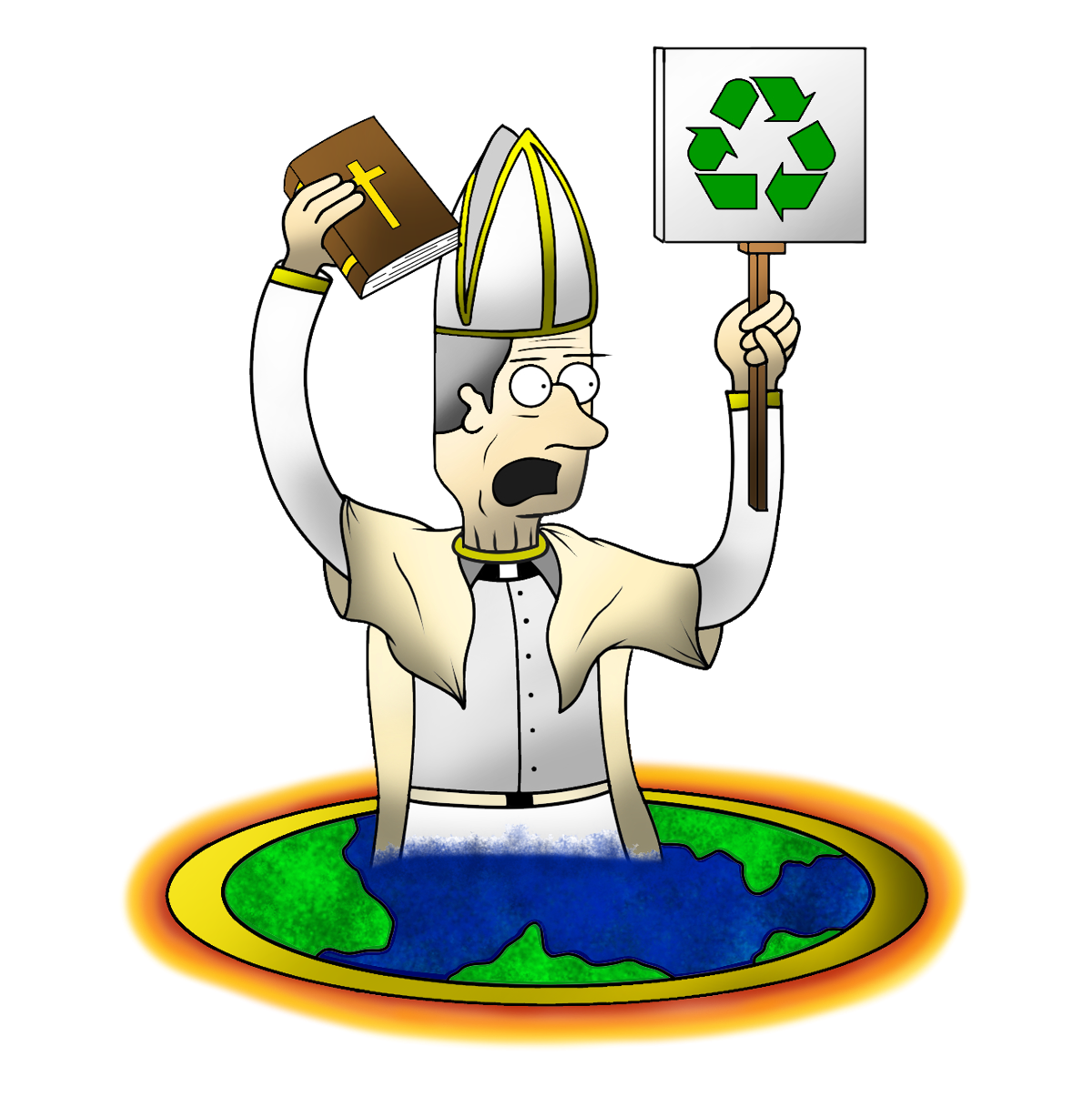 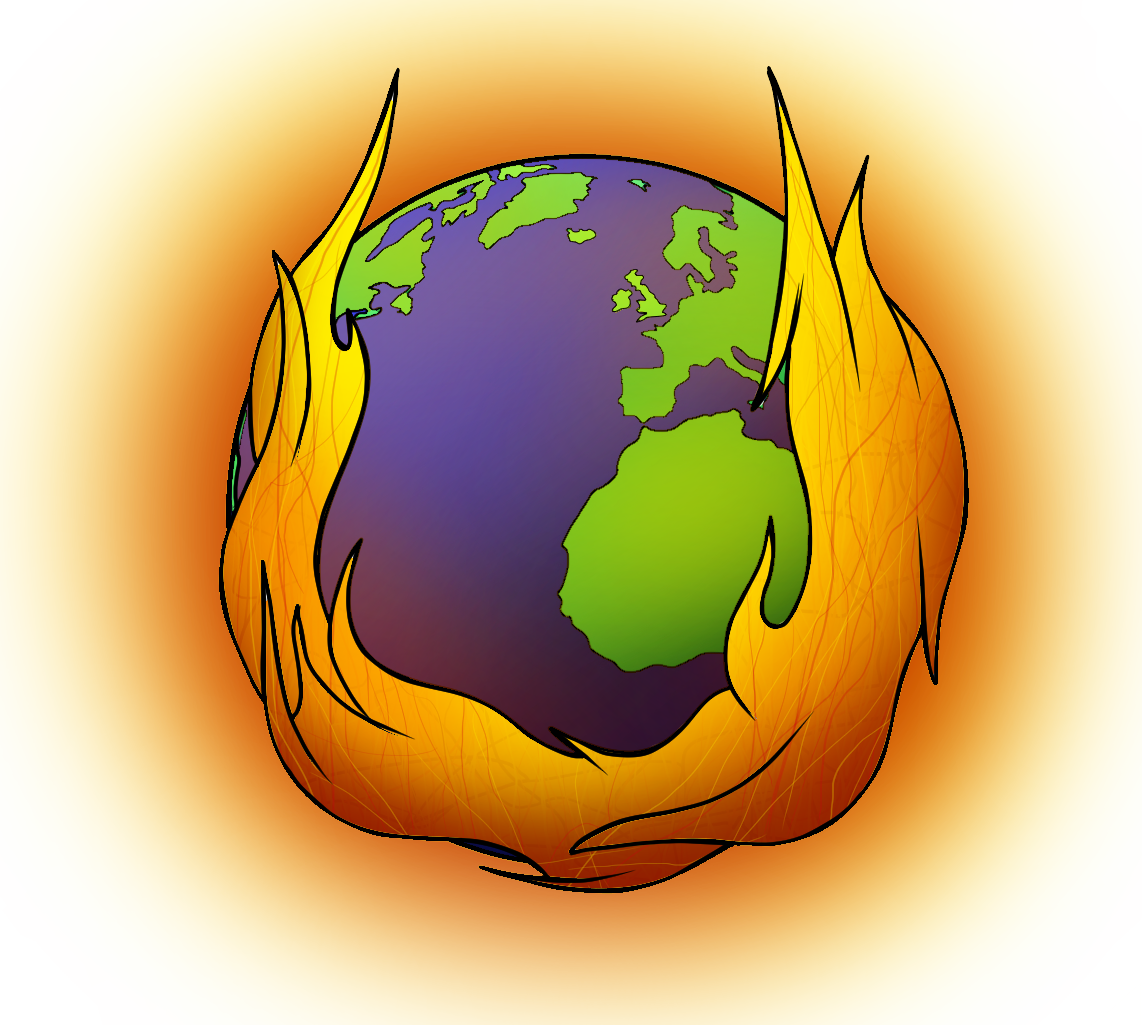 Whether it is the stark photos of skinny polar bears clinging to a single piece of ice or the black and hopeless faces of koala bears in Australia, climate change has become more and more a part of peoples’ daily lives, especially as consumers of media. However, one aspect of climate change that can seem unexplored is what religious people really think about the topic and how can they can make a difference.

Climate change and religion don’t always go hand in hand. Often, the most common narrative is that religious people are more prone to not believe in climate change than nonreligious people. However, that narrative has been called into question by many religious groups. Pope Francis has recently declared an Encyclical Letter, a message addressed to leading members of the Catholic faith. The letter was called Care for our Common Home, in which he calls for Catholics and people worldwide to be active in preventing and caring about climate change.

This sentiment is not only shared by Catholics. The Kuwait Ministry of Awqaf and Islamic Affairs has also released The Muslim 7-Year Action Plan (M7YAP) To Deal with Global Climate Change.

However, the issue remains fresh in the minds of religious figures across a variety of groups. Charlie McCallie, Flagstaff pastor and climate lobbyist said he believes many religious people are critiqued for generally not believing in climate change.

“Unfortunately, that is true," McCallie said. "Religious people are more likely to be reticent to climate change, which is sad because that doesn’t line up with religious faith tradition.”

Junior Breanna Fimbres, chair of the Green Jacks, argues that it is an issue of ridicule that the religious community faces that makes them resistant to accepting climate science.

“It is hard to be told that you are wrong about something that you believe in so much," Fimbres said.

It is also important to understand how not only Catholicism and Christianity have responded to climate change, but other major religions such as Islam and Judaism have responded to the world crisis. For example, The Jewish Environmental and Energy Imperative has been implemented to reduce greenhouse gases within the Jewish community. The aforementioned Islam's plan has aimed to implement strategies to reduce emissions and pollution within mostly Islamic countries. The document even directly cites a passage of the Quran, (28:77), discussing how Allah does not love those who do mischief to the land.

Many people, religious or not, have difficulty in viewing climate change as a real problem because it may not affect their normal day-to-day life. However, it may not be as far away as it seems. Maricopa County recently reported a record high 182 heat associated deaths in 2018.

McCallie also has concerns about climate gentrification, which is a term used to describe phenomena when wealthy people are moving away from coastal areas and are relocating to areas that are less prone to heat, hurricanes, flooding and wildfires. However, people who do not have the means to move away are most directly affected by climate change.

“Phoenix record heat is going to be affected faster and more direct than Flagstaff, and so people who have the means and resources will come to Flagstaff more often,” McCallie said.

He goes on to describe his work in helping those affected by climate gentrification.

“The teachings of Jesus are very clear," McCallie said. "We are to love the poor and the least of these, and the marginalized. That is the group of people that are disproportionately affected by climate change.”

Climate change is not only being observed by major religions like Christianity, Islam and Judaism, but it is also being felt by Native American tribes like those found in Leupp, Arizona, just outside of Flagstaff.

“It was heartbreaking talking to the leaders of that Navajo chapter about their lack of water that they’ve seen, and listen to their tribal elders talk about streams that have dried up for their livestock," McCallie said. "They’re hauling water, having conflict and their soil is turning into sand.”

Despite recent proclamations that major religions are not against climate science, a study performed by Pew Research in 2018 suggests that a major portion of religious people do not believe in climate change.

“Conservative politics have aligned themselves with the religious right and they brought with them their political views, and one of those views is a climate-denying stance,” Martinez said.

Overall, many faiths are split on the subject of climate change. While many in the Christian faith seem to accept the reality of climate change, it is difficult to change hearts and minds quickly. Fimbres suggests an empathetic way to change someone’s thinking.

Changing peoples' minds could be the only solution to climate change. The only way to fight the collapse of most of the world's ecological systems is to get people on the same page. Fimbres suggested that empathy, instead of aggression, could be the answer.

“See what they really enjoy and see how climate change would affect that," Fimbres said. "If they enjoy hunting, maybe the bush where they hunt isn’t going to be available and maybe those animals are going to go extinct.”

Regardless, changing the minds of many religious people may not be easily done. The easiest way might be going out and seeing firsthand the impact that climate change is having on the community.

It's easy to get involved and see for oneself the impact that climate change is having not only on the environment but on the community as well.

“It is important," Martinez said. "People are looking. They want to know. Is climate change impacting us? And my answer is in more ways than you know.”

*Correction: In a previous version of this article, Ted Martinez and his views were misrepresented. The article has since been updated to reflect his accurate beliefs.