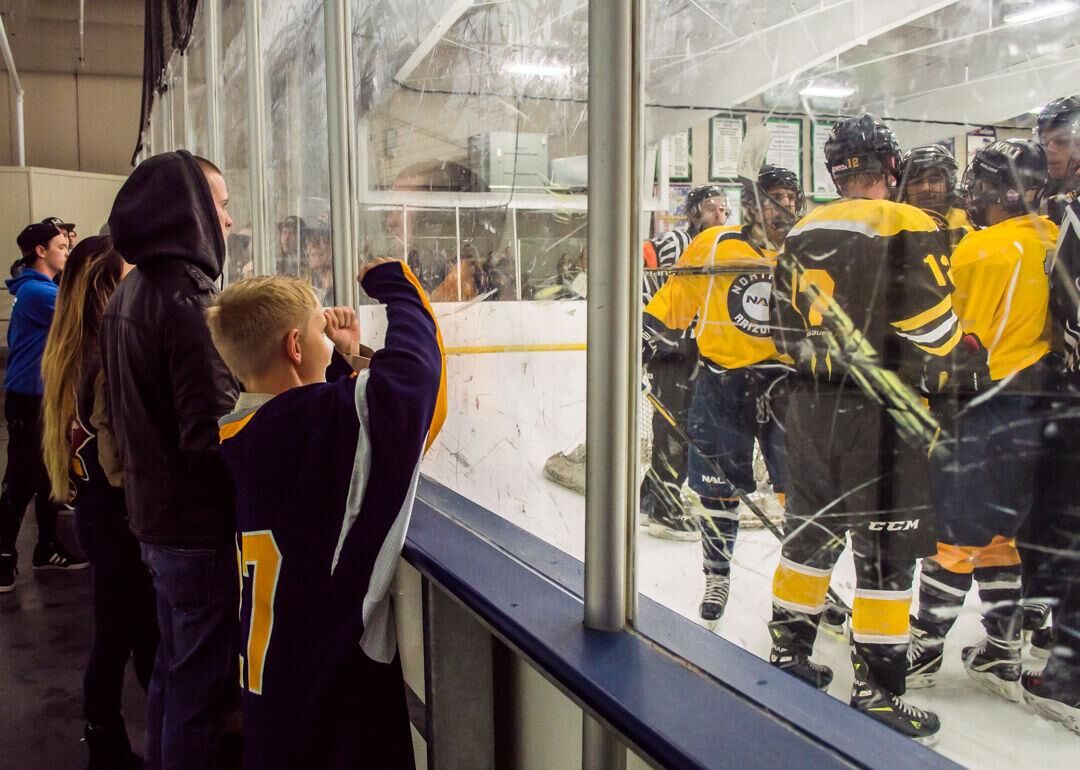 A young IceJacks fan bangs on the window at the rink of Jay Lively Activity Center, Nov. 6, 2016. 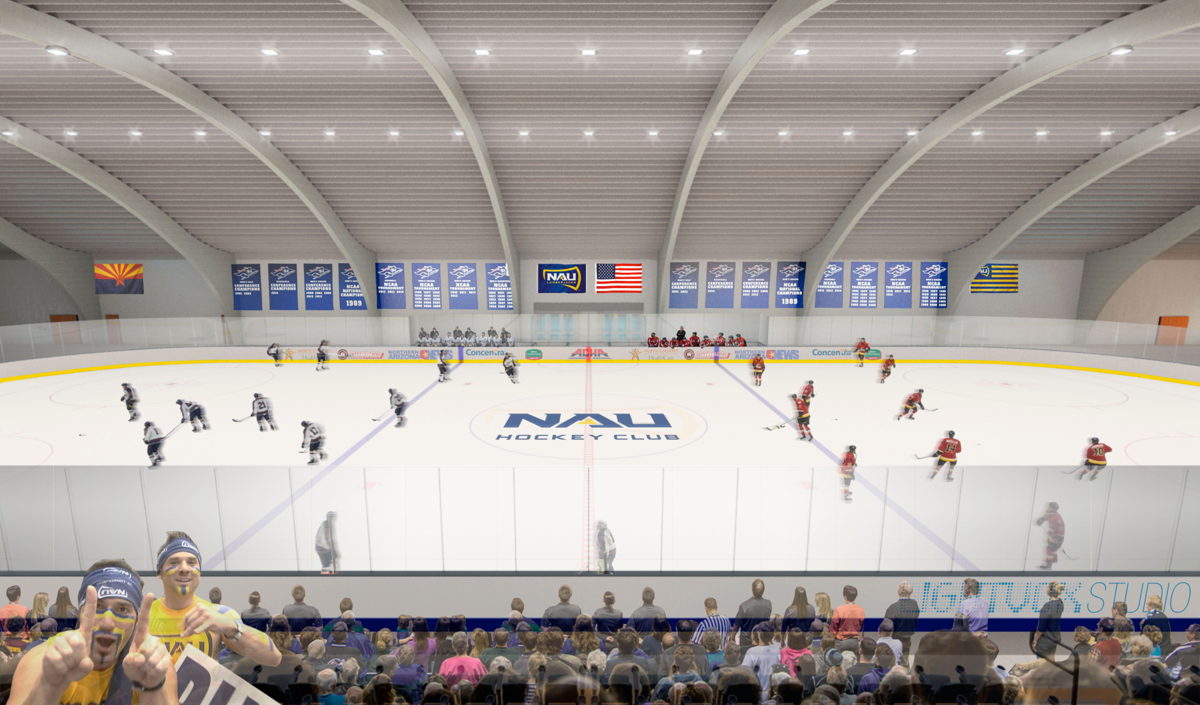 Concept art of the proposed on-campus ice rink in the University Union Fieldhouse courtesy of the Arizona Daily Sun.

A young IceJacks fan bangs on the window at the rink of Jay Lively Activity Center, Nov. 6, 2016.

Concept art of the proposed on-campus ice rink in the University Union Fieldhouse courtesy of the Arizona Daily Sun.

The NAU IceJacks are a club sport on campus created by students who grew up with love and passion for hockey. This club consists of two teams sitting at the Division II and Division III levels, respectively. The club has existed since 1971 and has boasted wins over ASU and UA, and produced four former NHL players in Brent Mowery, Tony Fairfield, Glen Engevik and Doug Alan.

This club is one of the most popular at NAU as they are known to advertise and create a buzz around the community. Sophomore Ashley McCollister remembers hearing about the team through interactions with the passionate players.

“During my freshman year, the players would come and talk to us in the residence halls to promote the game,” McCollister said. “It was cool because I didn’t know we had a hockey team, and you could tell the players were passionate about fans being in attendance.”

Players want to make sure fans know they are important to the games. With NAU not playing on campus, it makes it difficult for students to attend. Senior Jordan Nolan, captain of the Division II team, said the team got feedback from fans about the club not being on campus.

“We heard a lot of complaints from students about the commute to our games, since a lot of students do not have cars and our rink is just out of walking distance,” Nolan said. “I think that if we got our rink on campus, we would get a lot more fans at our home games, and this support would bring in better players.”

Nolan has played for the IceJacks throughout college and has played hockey since the age of four.

The on-campus ice rink is something Nolan said he has heard about since the start of his college career and something he has lost hope of happening due to COVID-19. In January 2020, construction for the rink resumed, but the onset of the pandemic paused construction once more.

“COVID-19 ruined these plans and now it seems that these plans are still up in the air,” Nolan said. “I think that playing on campus would help take this program to the next level.”

While the IceJacks wish they could play on campus, they currently have a rink in Flagstaff willing to host them. The Jay Lively Activity Center is home to the IceJacks and has maintained this connection for many years. However, due to the pandemic the rink has shut down all practices and left the IceJacks without a home.

Without a rink and with NAU restricting clubs from practicing, a focus on the season is difficult for the teams.

Ryan Harr, head coach of the Division III team, said he senses the struggle for the team and hopes something will happen soon, but until it does, they are in a long waiting game for news of a possible season.

“Many other American Collegiate Hockey Association teams have at least begun practicing, but we are handcuffed currently by both the university and our home rink,” Harr said.

The hopes of a season were dashed Dec. 2, 2020 when general manager Kris Walsh announced the cancellation of the 2020-21 season. He wrote a tweet on the Division II team’s Twitter page, emphasizing the regret of canceling the 2020-21 hockey season.

According to the IceJacks’ schedule last season, the two teams would be in the middle of the season and prepping for the playoffs in the early weeks of March, if they kept the same schedule.

Being able to meet in person does have the benefits of creating team chemistry, but until the pandemic subsides, the team has to remain separate.

For Nolan, he has passed time in small workout groups or exercising outside of hockey.

“Currently, I have a membership at Summit Health and Fitness and have been using that,” Nolan said. “While the gyms were closed, my friend Bridger Hershey has been running small group workouts with some of his friends. His workouts were a huge help in staying in shape while being able to get some social interaction.”

For now, the NAU IceJacks are in a wait-and-see environment with the season canceled and no practices planned.

According to a Facebook post from the team, they will be holding spring camps to recruit players for the 2021-22 season.