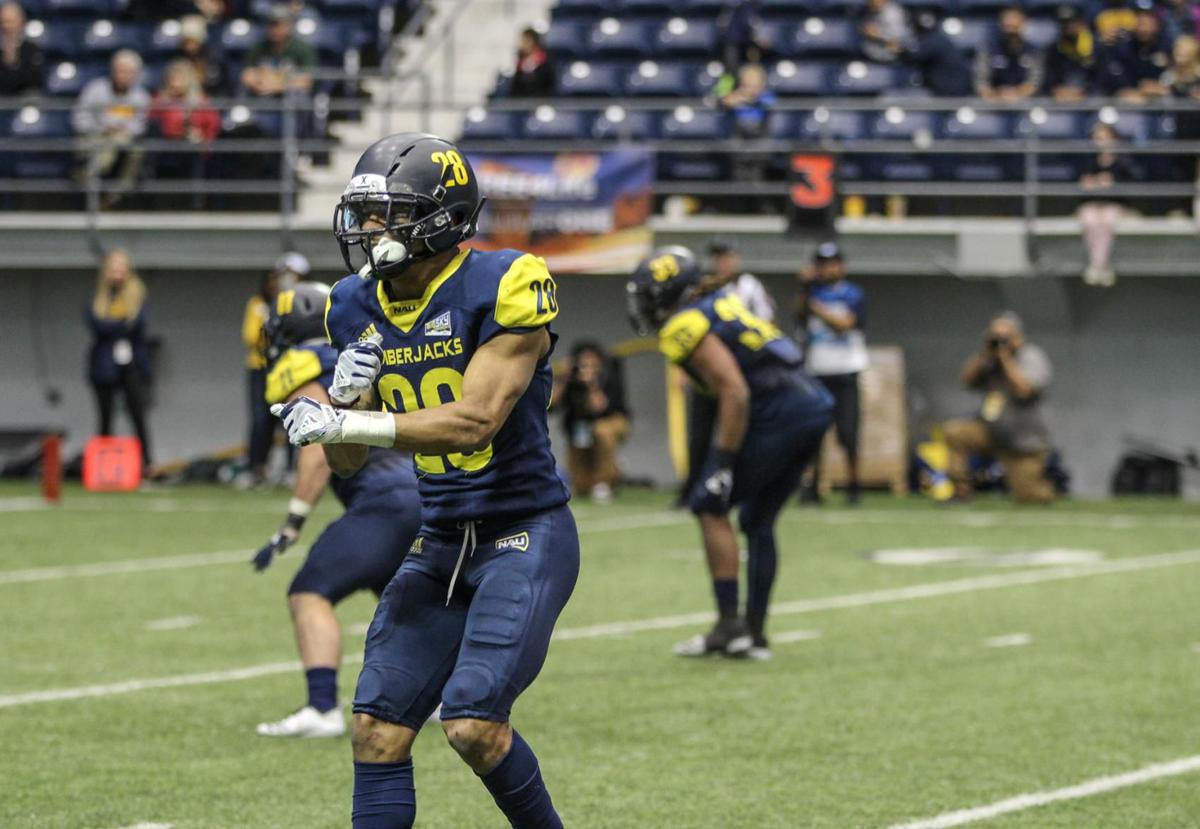 Former devensive back Wes Sutton signals the defense in the third quarter of the game against the University of North Dakota Nov. 17, 2018 at the Walkup Skydome. 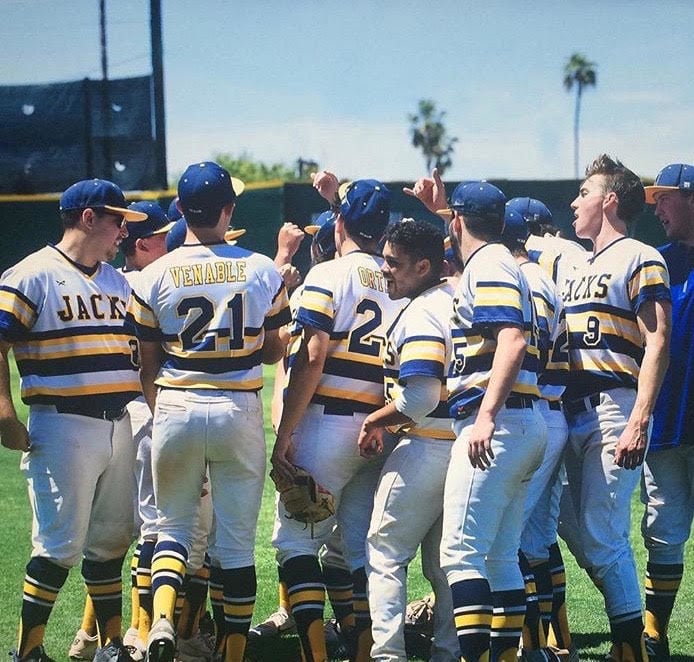 NAU Club Baseball team comes together to celebrate after a win.

Former devensive back Wes Sutton signals the defense in the third quarter of the game against the University of North Dakota Nov. 17, 2018 at the Walkup Skydome.

NAU Club Baseball team comes together to celebrate after a win.

Love for a person is understandable, but love for a sport can be confusing to some people. Similar to love between two people, a love for sports is built on an emotional connection and attachment. Non-sports fans may look at an individual with a tattoo of their favorite sports team logo as crazy, but others could see it as a sign of passion and loyalty. Athletes are no different. Most of them have dedicated their lives to playing the sport of their choice, whether they have played that sport their whole life, or if it was love at first sight when they grew older.

Sophomore Zachry Friday, a goalie for the NAU Division III IceJacks Hockey club, started skating when he was just a child and soon found his passion for the sport, as well as learning valuable life lessons from it.

“At the time, I chose to play hockey back when I was about 11 or 12. It seemed like a fun sport to play,” Friday said. “Hockey opened my eyes and taught me hard work and dedication pays off over time. Every time I enter a rink dressed in my gear, I see a reflection of what I’ve learned over time and how all that brought together makes me who I am today.”

Often, sports can play a pivotal role in teaching athletes respect, work ethic and a drive to complete a goal.

While some athletes’ love for their sport can be found on their own, others developed a fondness for a game based on family ties. This was the scenario for NAU junior Eric Friedl, an outfielder on the NAU Club Baseball team. He discovered baseball through his brother.

“I decided to play baseball because my older brother played and it has been in my family for years,” Friedl said. “I have always loved baseball and always will.”

Friedl expressed his love for his favorite baseball team, the Arizona Diamondbacks.

“My favorite sports team is the Diamondbacks because they are my home team,” Friedl said. “I have so many great memories going to D-backs games with family and friends.”

Sports that athletes fall in love with do not have to be the only aspect they discover from family. Their favorite sports teams can come from family cheering on a certain team.

Former NAU defensive back Wes Sutton explained how his choice of a favorite football team was influenced at a young age by his father.

“My favorite sports team is the New York Giants. I like them because my dad was a big fan, and I grew up watching them and hearing my dad cheer for them, so I hopped on the bandwagon as a young kid and it stuck ever since.” Sutton said. “They’re my favorite because of the influence my dad has on me and how much I look up to him, so I naturally gravitated toward whatever he liked, sports-wise, growing up.”

Sutton and Friday are examples of finding the sport they love from their families. For Sutton though, it is about keeping the love for the sport alive, but in a professional sense. He is a member of the New York Guardians of the XFL, a newly resurfaced professional football league that takes place in the spring.

“I decided to play football because I grew up around it being in my family and always loved the competition that came with it,” Sutton said. “I love the sport.”

Various men and women have a love for playing music or for writing, but athletes have a love for competition and performing at the highest level, whether that be on the field, court or on the ice.

“I think people have so much affection for their sport because it makes them compete and drives them to accomplish certain goals,” Freidl said.

For athletes, love for sports is not just a hobby, it is, in some ways, a way of life. For sports fans, there is nothing better than going out to the ballpark, or heading to a giant football stadium to see their favorite team play, where they feel the energy of being surrounded by like-minded people who have a shared love for sports.

Sports fans can also have an affection for a sport because of their previous history playing the sport. Watching and being a fan of a sport that they once played can bring back wonderful memories. Sutton said this is the case for him.

“It can come from missing the sport they once played,” Sutton said. “It gives them a sense of regained connection to the sport through the team they’re rooting for.”

Whether it be a love for sports or love for another activity, they all have something in common. They bring happiness and joy to the people that partake in them.

Many individuals view sports as going out, being active and participating in an activity that brings delight. It can be heavenly just to step on a field, diamond or court. It’s one point to go out there and compete for their teammates and the fans, but others want to go out there and play for the love of the game.