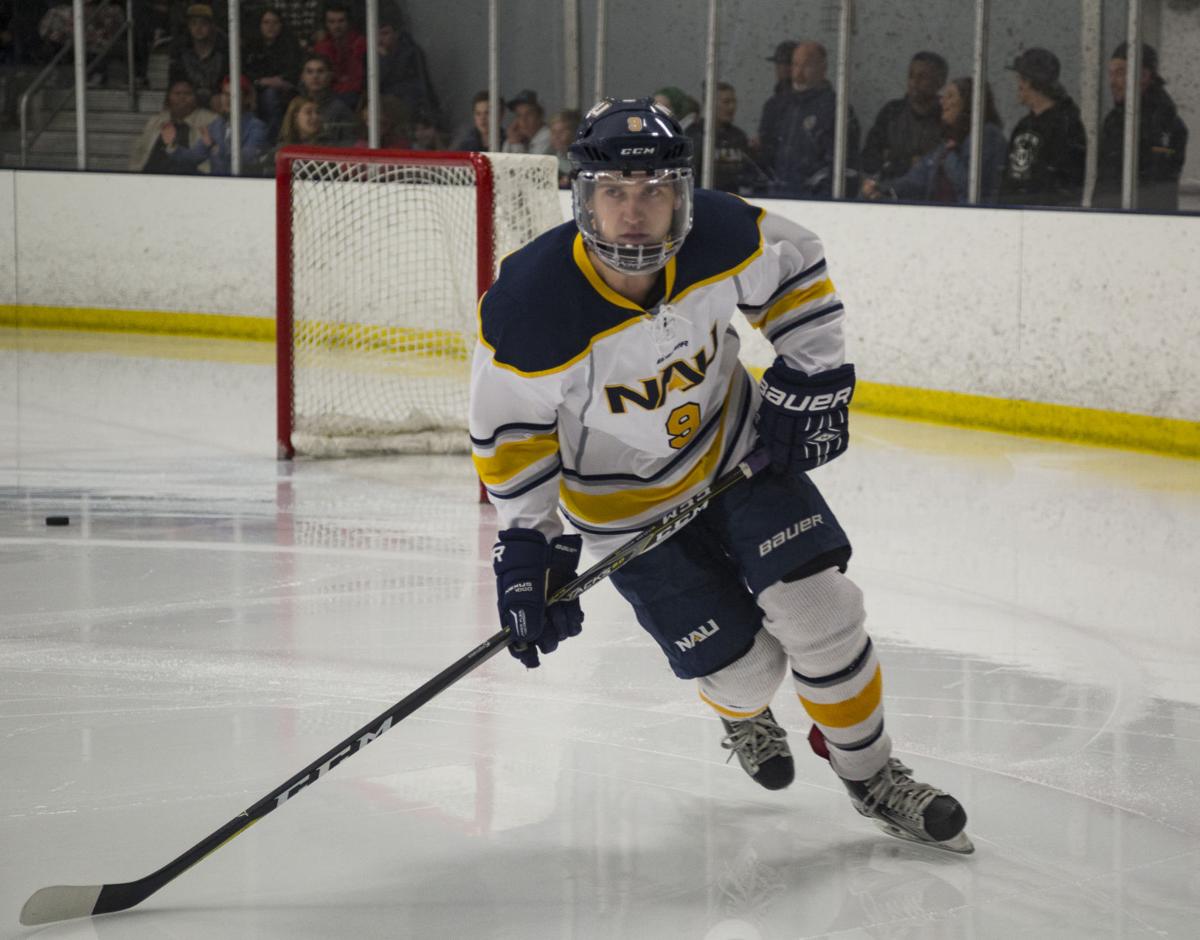 NAU senior forward Kristjan Toivola skates around the zone during warmups of the Senior Night hockey game against GCU Jan. 25, 2019. The IceJacks won the game 3-1. (Photo by Matthew Strissel) 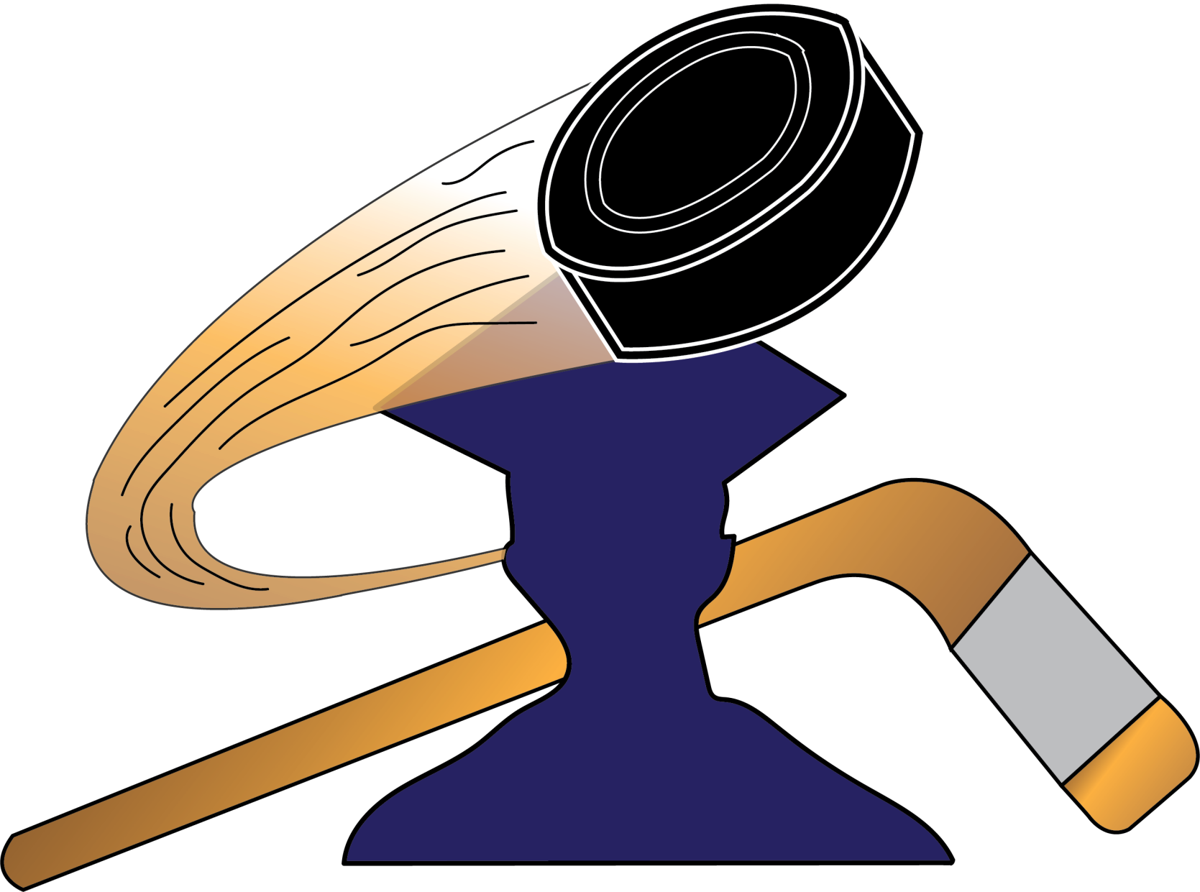 NAU senior forward Kristjan Toivola skates around the zone during warmups of the Senior Night hockey game against GCU Jan. 25, 2019. The IceJacks won the game 3-1. (Photo by Matthew Strissel)

With the crisp air slowly but surely turning its dial to spring, another season of club hockey for the NAU IceJacks wraps itself up like a bow on a new pair of skates.

For the Division III IceJacks team, this time of the season is for last-minute skates and drills. After playing their final series of the season against Western Colorado University earlier this month, the IceJacks had only a handful of practices remaining.

With the clock reading 8:45 p.m., the Jay Lively Activity Center was quiet. Floors were being mopped and only two people remained in the stands.

Under a new head coach and with over half the team being rookies, the team discovered the long road that was ahead of it. With another season of hockey coming to an end, the transition brought its challenges.

For Ryan Haar, a first-year head coach, the newfound position gave him the opportunity to help student-athletes take their skills to the next level.

“The coaching aspect is pretty much what I expected,” Haar said. “It is running drills. It is helping kids with their weaknesses, helping them amplify their strengths, and figure out their weaknesses and turn those weaknesses into strengths.”

As a former IceJacks player, Haar understands the struggle of transitioning from a high school player to a collegiate student-athlete. Haar learned to transition through time management skills and having independence from his parents.

Being “forced” to grow up, as Haar put it, aided him in becoming a more developed hockey player and student. The key slogan that made him get through it all was Nike’s “Just Do It,” which helped him harness these lessons toward coaching.

“I was able to use being a player as a coach, and I think it helped a lot,” Haar said.

In season filled with youth and adversity, the IceJacks were forced to battle. After losing 14 of their first 15 games, there were growing pains. On-ice issues were not the only obstacle. With rookies navigating college life and club sports, the challenge was even more difficult.

However, for the players, it was all about keeping a positive attitude. For freshman defenseman and forward Timothy Weinert, the transition from high school to college brought its challenges in both athletics and academics. Nevertheless, the transition was made and Weinert adapted in the classroom.

“It was a lot more difficult because there was a lot more expectation ... The first couple of months were tough for me, but as soon as you hit that stride, academics get a lot easier,” Weinert said. “I am pretty sure the more I do this, the better it is going to be.”

The 18-year-old Weinert, nicknamed “Thor” by his teammates and one of the youngest players on the team, said his biggest improvement came from his conditioning. In the classroom, it was responsibility.

“I have gotten in better shape,” Weinert said. “I definitely skipped that ‘freshman 15.’ In academics, I was able to hold myself more accountable, and that is something that, I guess, could work for here as well.”

For others, the transition took longer, like 24-year-old sophomore goaltender Merle Morgan, the oldest player on the team.

After serving in the United States Air Force prior to transferring to NAU, the adjustment to academic and student-athlete life was a grind for Morgan.

“Coming in and trying to get back into college took me basically two semesters,” Morgan said. “That first semester was more of a wash. I did not do all that great. So, I am trying to recover from that. Basically, trying to learn skillsets.”

With a good support network, including his wife, Morgan persevered and began to excel. Now in his third semester at NAU, Morgan has become more of a leader on the young team.

“For me, it was trying to take more of a leadership role,” Morgan said. “I have always been a quieter person. I have always been playing with people my same age and people who were always better than me. Now that I am the starting goalie and also now the oldest person on the team, I try to take a more commanding role on the ice and try to talk more to people.”

The IceJacks began to see more success as their players developed on and off the ice.

That ticket turned into the jackpot, as the young IceJacks used the newfound positive teamwork to find more success. The IceJacks concluded the season winning four of their last six games. The X-factor was attributed to the team coming together and relying on each other on the ice.

With the practices dwindling, many statements could sum up the IceJacks’ season. For Morgan, it was the struggle to find success. For Weinert, it was maintaining positivity. For Haar, it was simple: perseverance. Through the losses and transitions, the IceJacks finished the season strong and established a firm building-block toward the future.

“They are more than just a hockey team,” Haar said. “I feel like these guys are our brothers now, and for the next three to four years. I am hoping they all stick around and play for NAU hockey, grow with the organization and grow as hockey players. I’m real excited for them and for the future.”