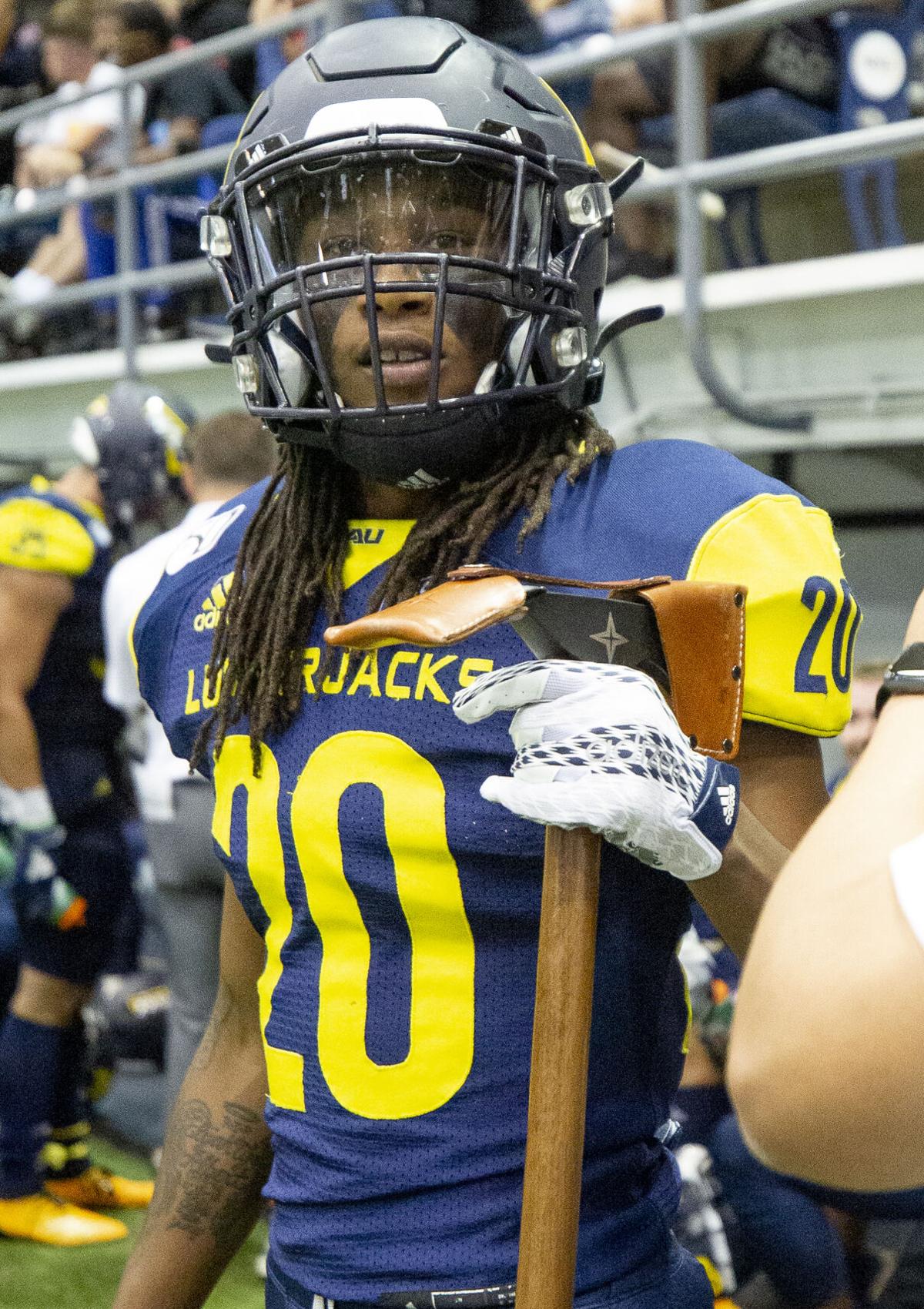 Defensive Back Daego Albert (20), holds the Turnover Axe after he intercepted a pass in the fourth quarter at the Walkup Skydome Oct. 5, 2019. 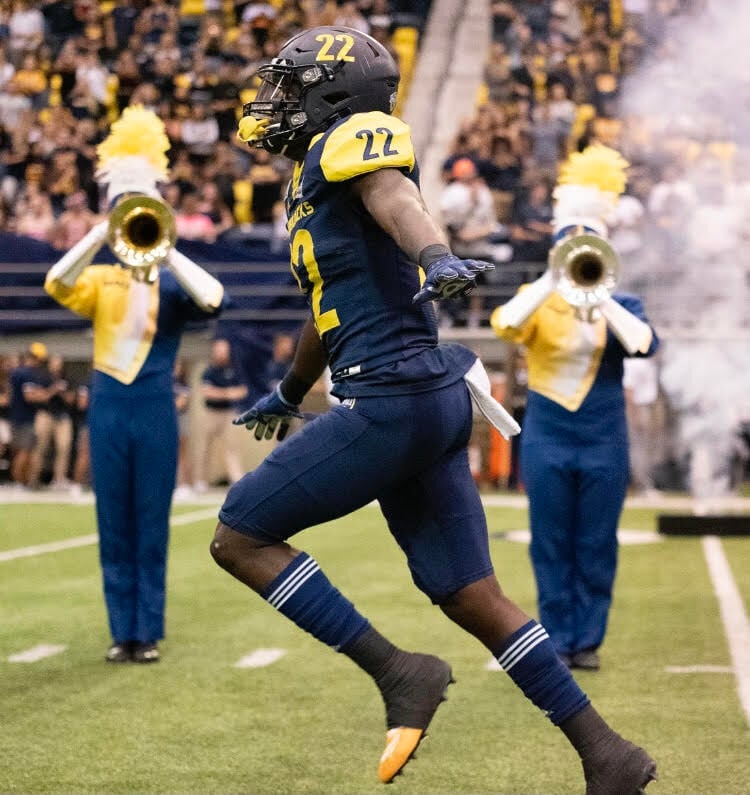 Running Back Joe Logan runs out onto the field at the Walkup Skydome Oct. 5, 2019.

Defensive Back Daego Albert (20), holds the Turnover Axe after he intercepted a pass in the fourth quarter at the Walkup Skydome Oct. 5, 2019.

Running Back Joe Logan runs out onto the field at the Walkup Skydome Oct. 5, 2019.

The wait for NAU football fans is coming to a close. With a postponed season, the Lumberjacks have been busy spending their time preparing for an unplanned start in spring by getting their new recruits, transfers and injured players ready. The disappointing 4-8 record the Lumberjacks held last year has left the team hungry and ready to go out and prove who they are.

The most notable struggle from last year’s season was the defense and finding the players to fill roles. With many injured players, the Lumberjacks had to improvise and use some players out of position. This struggle showed as the Lumberjacks gave up 41.33 points per game last year, according to NAU athletics.

For head coach Chris Ball, the main focus of the offseason is recruiting. The goal was to get players with bigger size and fill the depth chart.

“Usually every team we played, we were the smallest team out there,” Ball said. “We spend a lot of time [recruiting] in order for us to be successful as a program. We have to get the right people in here.”

Going into his second year, Ball said he feels like the coaches have a good handle on their players. They know what players can do and what they can’t. The goal is to lead a more winning-caliber team and put the players in the correct position in order for them to be successful.

Since his hiring, Ball has settled in and the team’s chemistry is even stronger than last year. Graduate student linebacker Tristen Vance sees the change in team dynamic and what Ball has built.

Vance said this can be attributed to the honesty that Ball has with his players. The ability to keep everyone accountable is crucial in building trust.

“In order for you to move forward, you have to admit the mistakes you make,” Ball said. “You need to learn from the past, fix it and move forward. We’re a much closer football team than we were a year ago, and I think the players trust the staff and the staff really trusts the players.”

With last year’s quarterback Case Cookus having graduated, the Lumberjacks’ keys to success is to run the ball efficiently and look to force turnovers, according to Ball.

NAU’s offense was pass-oriented last season with Cookus and the team didn’t run the ball as much as they were second-to-last in rushing attempts in the Big Sky Conference.

During this extended offseason, the Lumberjacks had more time to prepare for the upcoming season. They have been able to focus on getting some injured players back and been able to let the transfers and incoming freshmen get their feet in the door. This has allowed them more practice and Vance believes that the team has become better from it.

As a football player, Vance has mixed emotions about the postponed season. He never had Saturdays off, but this season has watched other colleges go out and play. As someone who competes in this sport, watching others compete makes him want to do the same.

When it comes to the safety of the players and the program, Vance said he thought the Big Sky Conference made the right decision to hold off.

“I truly believe that the conference made the right decision by allowing this season to be postponed to the spring,” Vance said. “A lot of the time, the NCAA gets flagged by prioritizing themselves and I think this is a good example of [the Big Sky Conference] doing the opposite by allowing the athletes to get their bodies more prepared.”

For the players, they are ready to play. They can’t wait to get out there and promised the fans that they will see an inspired team ready to show what they can do because they were where they wanted to be last year.

“We got a chip on our shoulder,” Beemiller said. “We were nowhere near where we wanted to be last year, but we got a different team, different culture, different mindset and we are ready to come out and work.”

NAU will jump into their season Feb. 27 at home against Montana, which will be the first of their six games that are planned this season. The schedule this year is half the amount of games last year, but the goal is still the same: a Big Sky championship.