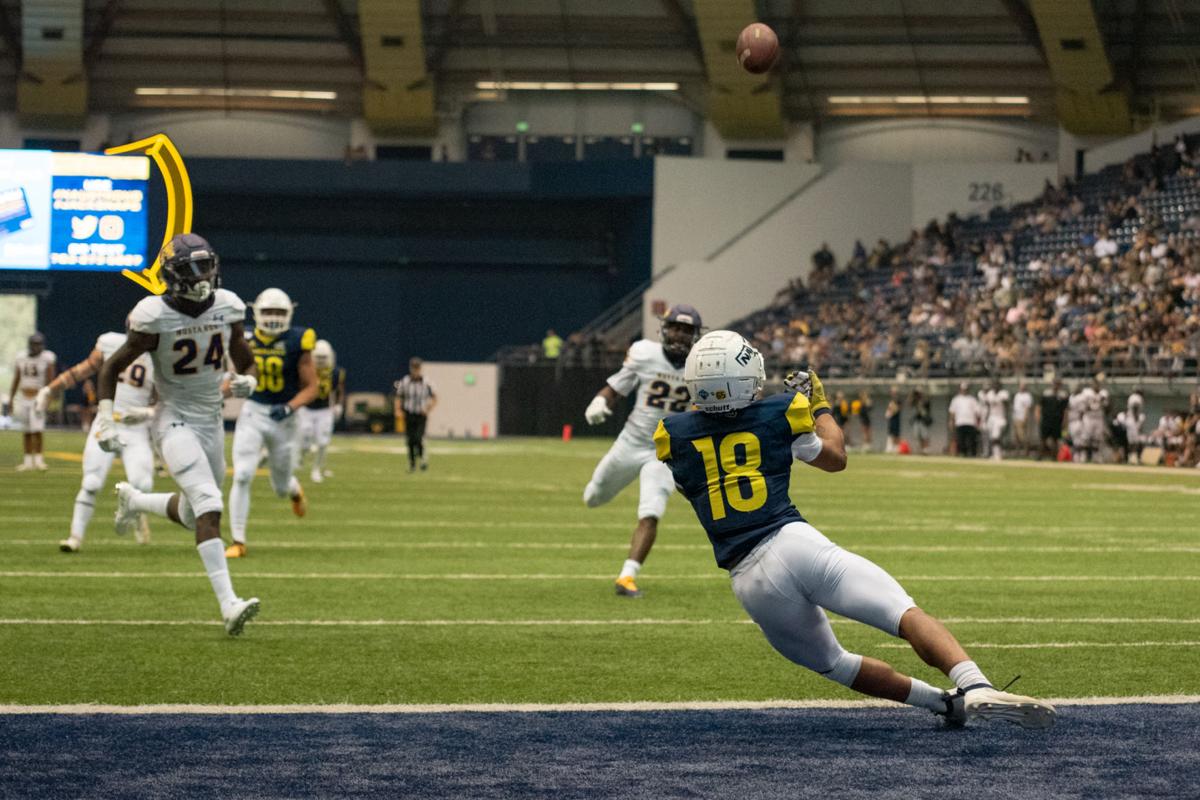 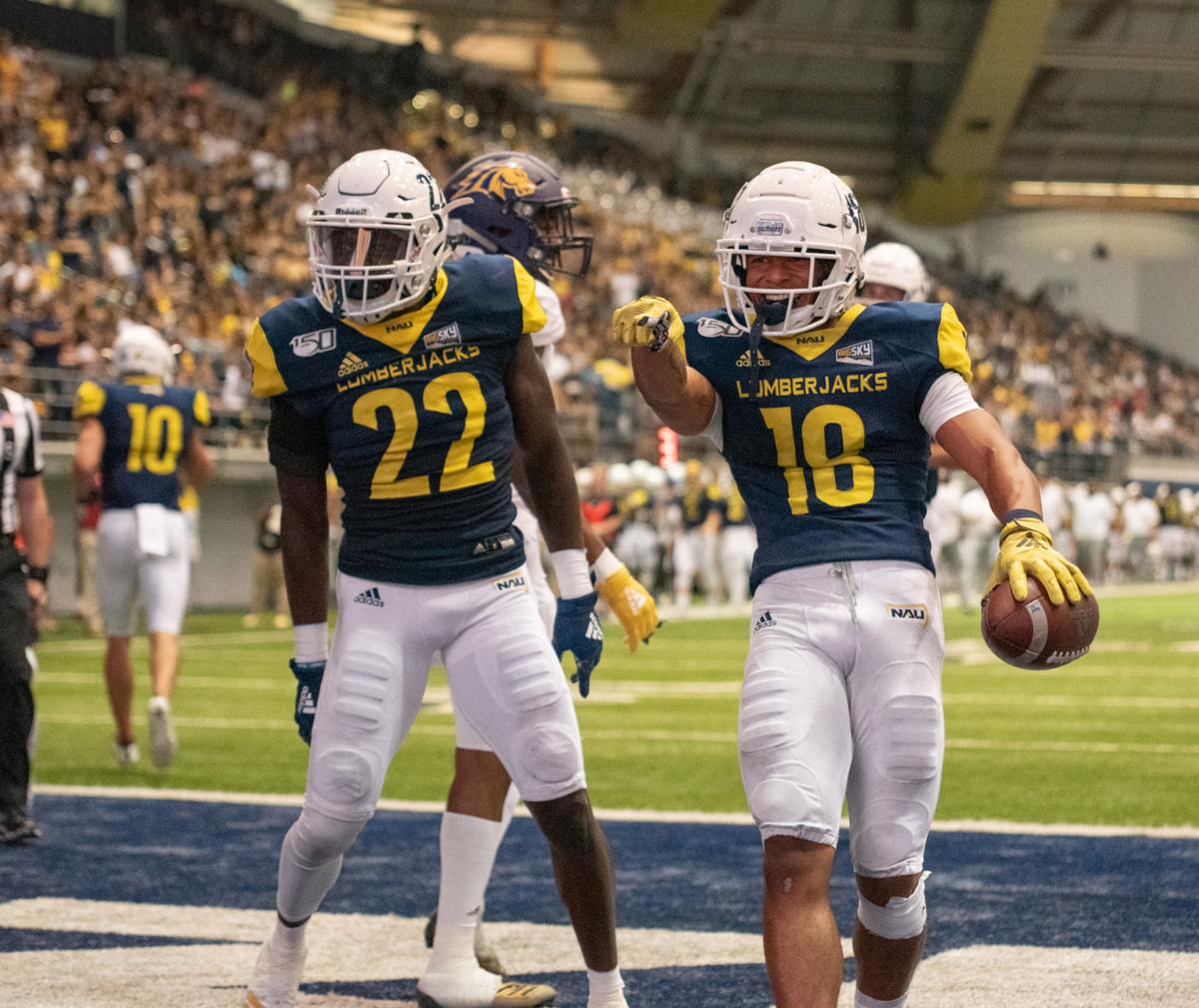 It was not even halftime yet and everyone in the Skydome knew full well that the winner of the game had been identified. Despite a confusing yet somewhat exciting first quarter, the Lumberjacks dominated the Western New Mexico University (WNMU) Mustangs 55-21 at the Walkup Skydome Sept. 14.

WNMU came into Saturday’s game as one of the bottom contenders in the Division II Lone Star conference. They looked for a win to break their 12-game losing streak that spanned over a season long. NAU went from being the underdog in last weekend’s game against Pac 12 member UA to being the unanimous favorite versus WNMU. In the midst of an almost impressive losing streak and holding the bottom ranking of their conference, the Mustangs fulfilled their prophecy.

“Every one of these games I’ve played, I’ve never been happy,” football head coach Chris Ball said. “It’s adversity. Whenever you are favored, whenever you’re doing well and people are patting you on the back, that’s adversity.”

The Lumberjacks came out with an intensity and an aggression that WNMU could not reciprocate. Less than five minutes into the start of the game, NAU took the lead followed by a 65-yard receiving touchdown by senior running back Joe Logan, which was his first personal record on the night.

The Mustangs scored early denying NAU any chance of a shutout to make the score 14-6 with a minute and a half left in the first quarter. NAU had made a few defensive mistakes but did not make it appear as if there was a threat arising from the Mustangs.

NAU went on to score 33 points in a variety of different highlight performances. NAU sophomore safety Anthony Sweeney had a 97-yard run after he blocked the extra point field goal for the Mustangs to make the score 16-6. This play gave NAU the ball, which allowed them to score again with a 35-yard throw to redshirt sophomore wide receiver Brandon Porter for his second touchdown on the night.

The Lumberjacks eased back and opt to work on their rushing game as the score was 23-6. They added two touchdowns to their lead with rushes by NAU running backs senior Joe Logan and freshman George Robinson, both for 4 yards, making it 37-6 all before halftime.

Amidst the offensive stretch, we saw a cocky show of NAU composure with a couple unsportsmanlike conduct violations and a few other penalties that soured the NAU lead for the audience.

“Inconsistent would be the word,” senior quarterback Case Cookus said. “A lot of potential from across the board from whether we’re scoring 50-yard touchdowns or getting stopped 1-yard out. We have to clean that up and that starts with me.”

Each quarter seemed to be longer than the last as the runaway lead slowed its pace. NAU allowed two WNMU touchdowns to make it 47-21 going into the fourth quarter. The Mustangs had a chance to create a comeback effort holding NAU to just two field goals in the fourth quarter. The effort was about three quarters too late for the Mustangs as they added another loss to their streak.

NAU freshman quarterback Heath Beemiller was able to break out the pocket with ease, leading the team with 31 rushing yards on the night. For the Lumberjacks, this is the second out of three games this season that an NAU quarterback is the leading rusher in a game.

“We played a lot of kids tonight,” Ball said. “[Cookus] did a good job getting the ball downfield and scoring points. We just had some stupid penalties ... We're going to finish games, it doesn't matter who we play.”

The Lumberjacks progress to a 2-1 season record as they prepare to travel to Normal, Illinois as they take on the Illinois State University Cardinals Sept. 21.