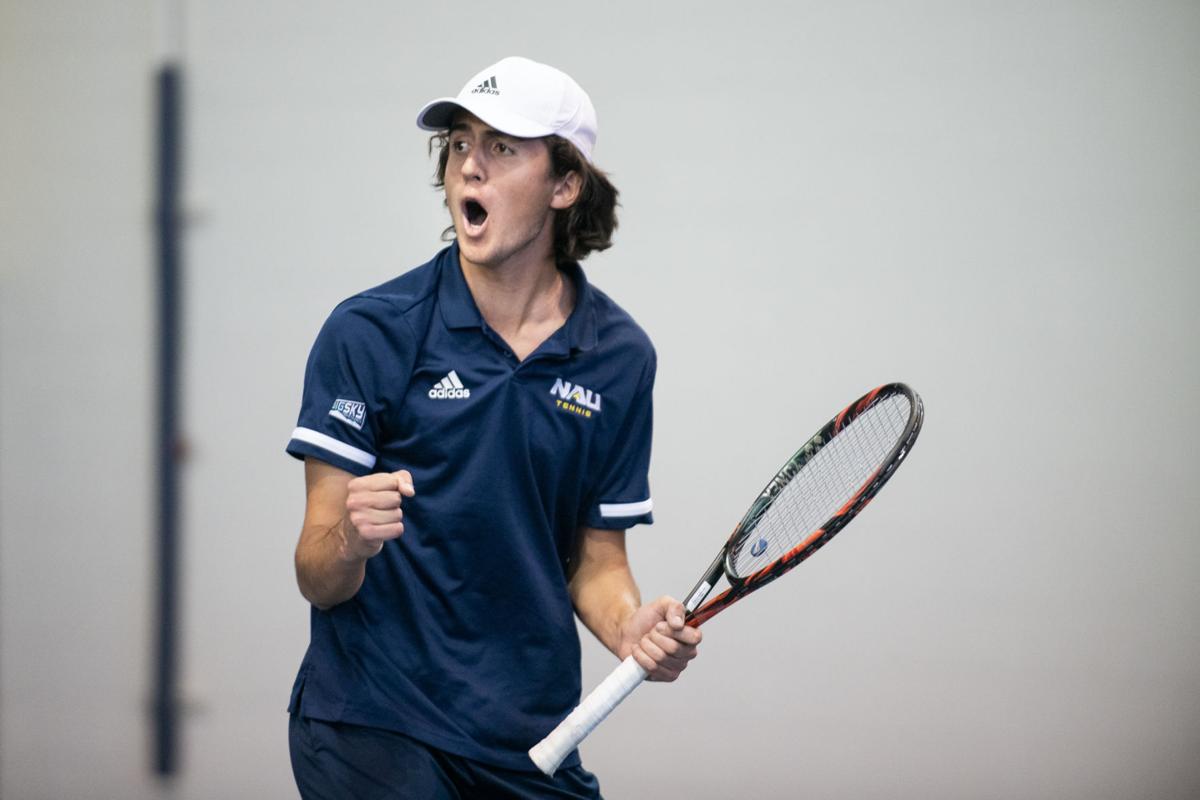 Sophomore Mikael Purne celebrates after scoring a point during the tennis match against WNMU Feb. 9. 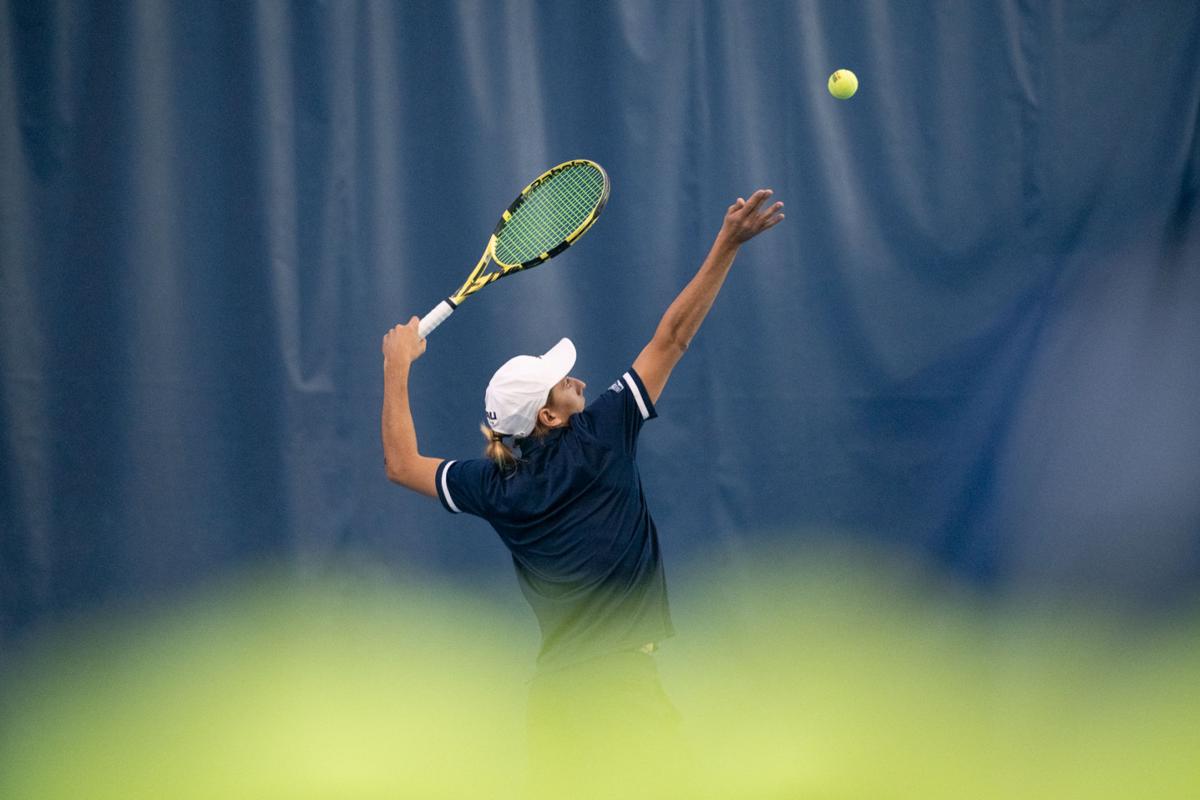 Sophomore Facundo Tumosa sets up for the serve in his match against WNMU Feb. 9.

Sophomore Mikael Purne celebrates after scoring a point during the tennis match against WNMU Feb. 9.

Sophomore Facundo Tumosa sets up for the serve in his match against WNMU Feb. 9.

NAU took on Western New Mexico University (WMNU) in a double header on Sunday. The Lumberjacks controlled the second matchup winning 7-0, following both dominant performances from players like freshman Joachim Schaefer and close wins from the likes of sophomores Daniel Dillon and Mikael Purne.

NAU’s men's tennis team entered the match against the Mustangs with an early morning win already under their belts, after beating WMNU in a match earlier that day.

During the doubles matches, the Lumberjacks jumped out to an early lead with the partnership of Dillon and Schaefer. They won their match handily over WMNU sophomore Jose Mario Neto and freshman Jace Crawford 6-1.

“I know that when we won our first doubles match it gives the other two matches motivation to win,” Schaefer said

Both of the other matches were close, but shortly after Dillon and Schaefer won, Purne and redshirt junior David Nguyen got the critical break through by breaking serve to go up 5-4 and held to win 6-4 securing a point for the Lumberjacks.

The Lumberjacks continued dominance through the singles matches. Schaefer was the first to finish his set, taking a dominant 6-1 win with junior Eban Straker-Meads finishing a 6-0 set shortly after. Straker-Meads followed with another 6-0 set and the Lumberjacks were just one win away from securing victory. That win came from Nguyen, who topped WNMU junior David Valles to secure victory for the Lumberjacks

Sophomore Facundo Tumosa finished his winning 6-2, 6-3, but for the two remaining Lumberjacks, the wins wouldn’t come easy. Dillon fell behind early in his second set after winning the first 6-3. Dillon battled his way back into the second and took the lead 5-4 and just had to break serve to keep the team's hopes of sweeping alive. Dillon played a great final game, keeping composed through a series of tough rallies and eventually winning to secure a 6-3, 6-4 victory.

The Lumberjacks now have six straight road games as they look to take this momentum with them. Next on the schedule is a trip to Louisiana where the Lumberjacks will face both the University of Louisiana at Lafayette and Texas A&M Corpus Christi in the Cajun Invite event.