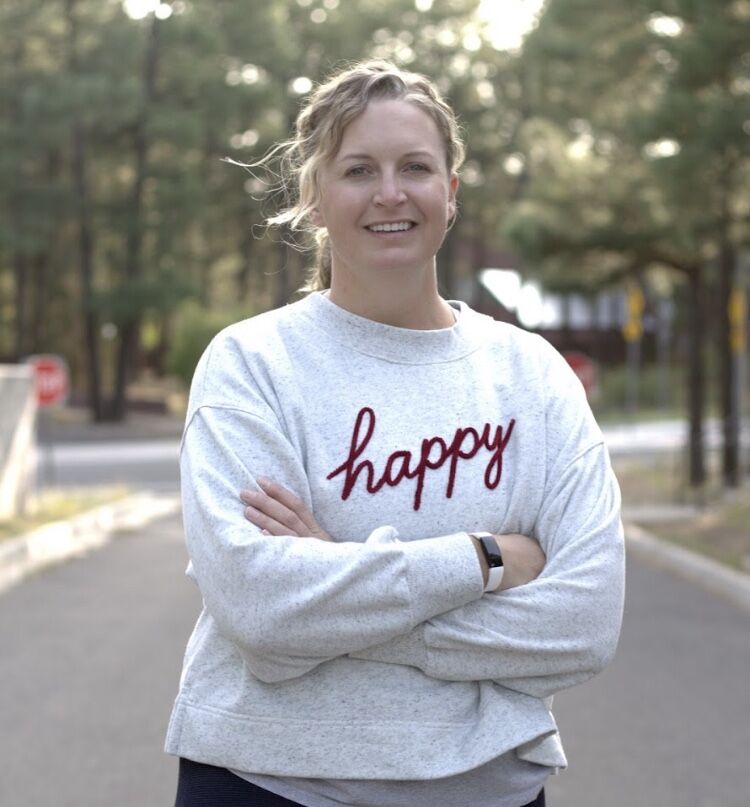 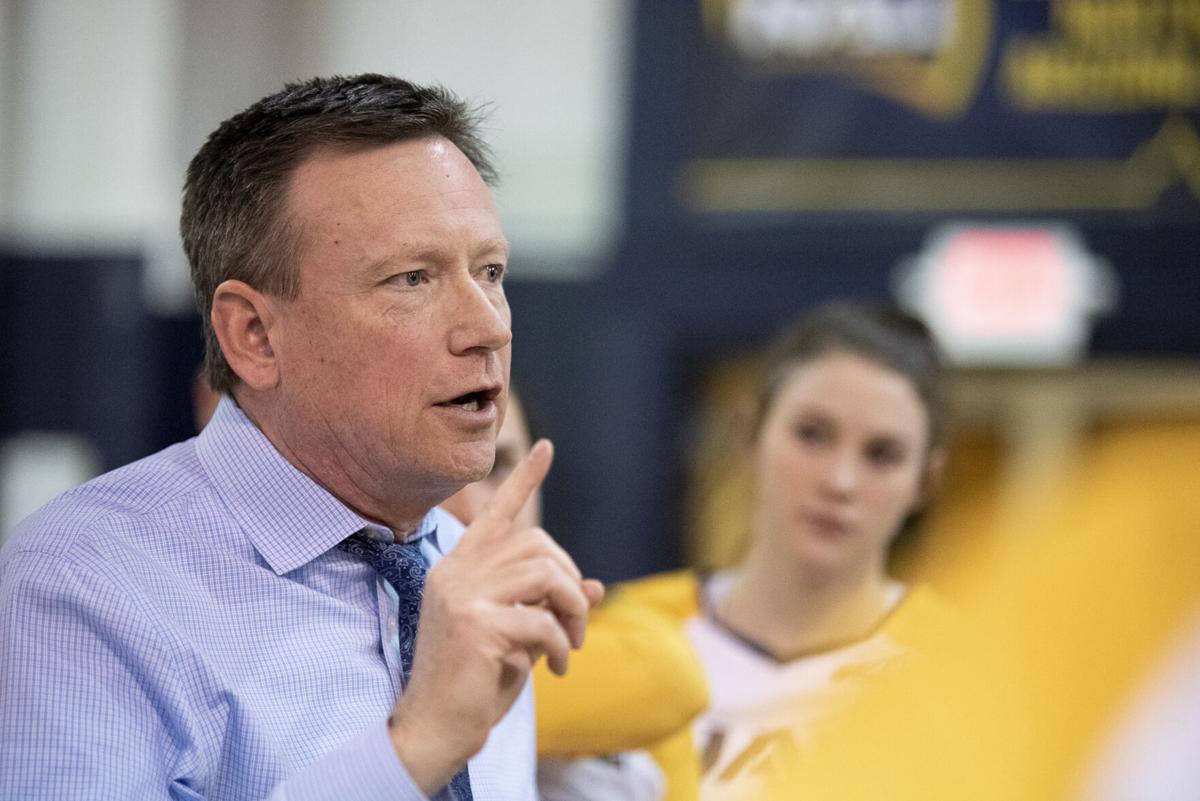 NAU Volleyball Head Coach Ken Murphy speaks to his players during a timeout against Sacramento State University at the Rolle Activity Center Nov. 7, 2019. 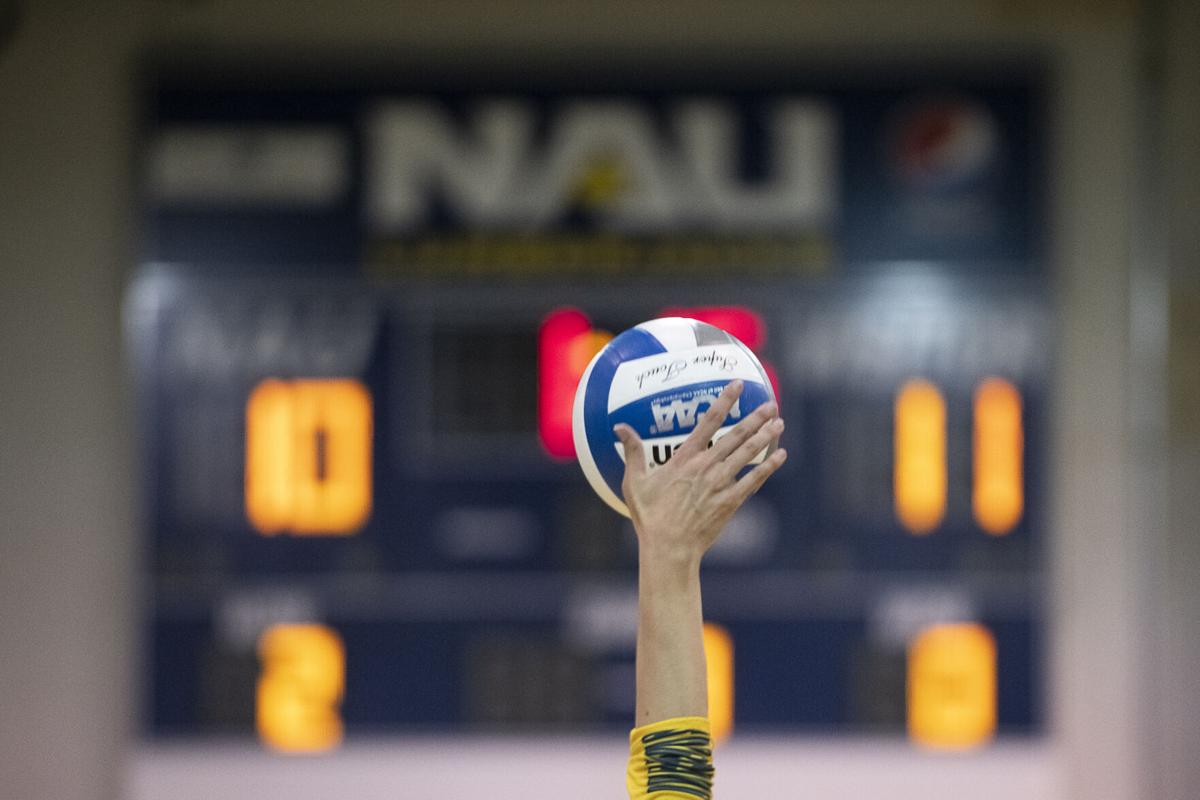 An NAU Volleyball player attempts a spike during a game against Louisiana State University, Sept. 13.

NAU Volleyball Head Coach Ken Murphy speaks to his players during a timeout against Sacramento State University at the Rolle Activity Center Nov. 7, 2019.

An NAU Volleyball player attempts a spike during a game against Louisiana State University, Sept. 13.

With the pandemic deeply settled in, there is a glimmer of hope for sports in Flagstaff — Corie Murphy, newly-appointed head coach of girls’ varsity volleyball at Northland Preparatory Academy (NPA).

Murphy grew up playing volleyball in Washington state and quickly found herself playing at Eastern Washington University. After her second season as an Eagle, an injury ended her playing career. Injured or not, keeping her away from the game she loved was nearly impossible.

As a young college student, she took her knowledge and passion for the game to a nearby high school and led the team to the 2A state tournament in back-to-back years. Her success allowed her to pick up a few more coaching positions from high schools to club teams. After graduation, Murphy upgraded to an assistant coaching job at the University of Idaho, where she met her husband Ken Murphy, who is the current head coach of NAU Volleyball.

In 2006, Murphy continued writing her story around volleyball. She is the operations manager for University Athlete, a software database that is a college coach’s one-stop-shop for the recruiting process. Fourteen years later, how does she get back into the coaching game?

Murphy grew up with a father who coached Little League Baseball. She saw his dedication and ties to the community and thought there was nothing like youth volleyball in the northern Arizona region. With the help of other community members, Murphy began a camp for young athletes to learn the game and master the craft.

“Volleyball is competitive from a young age and it makes learning how to play difficult for amateurs,” Murphy said.

Her nostalgic vision and implementation was cut short by COVID-19 closures made all around the country. Despite the camp closure, her efforts did not go unnoticed. A friend told Murphy that NPA was looking for a new coach and she quickly claimed the position.

NPA athletic director Mike Elder said the hiring process was different this year. A panel consisted of a graduating player, returning player and possible colleagues of the interviewee. Murphy swept the panel by storm and the decision to hire her was a no-brainer.

“Her background sure is impressive, but her passion is what stood out to everyone,” Elder said. “I’m excited to see her bond with the team.”

Murphy said learning the ropes of coaching at a new program has its own obstacles, but adding the COVID-19 outbreak adds hoops no one has experienced.

“Getting familiar with a new team takes spending a lot of time together, but it is hard to do that with masks and constant social distancing,” Murphy said. “It may not be the ideal way to warm up to one another but we are taking the precautions to keep this team healthy.”

Elder said the amount of changes happening in sports is overwhelming, but necessary. He said he feels for the girls’ volleyball team, especially when it comes to away games where opposing spectators are prohibited.

Elder also discussed how challenging and interesting this upcoming season will be for the team.

The freshly constructed team has been practicing since the first week of September, but school began remote learning Aug. 17.

Murphy talked about how much of a positive it is to see the team together again.

“It’s nice to see practice is the place for the team to be social again,” Murphy said. “They haven’t seen their friends or classmates, so this is their outage.”

Remote learning has impacted Murphy directly. She has two children, in fourth and sixth grade, and their opposite personalities pay testament to the wavering reactions to this school year, she said.

The downtime for Murphy, her husband and children has allowed the family to spend extra time together, doing things they may not usually do with their typically busy schedules.

“We went to Lake Powell for the first time,” Murphy said with a laugh. “Ken is usually traveling and the kids have events that make planning trips hard.”

The country has experienced a whirlwind of changes in 2020 that have affected many U.S. citizens. Murphy said she is using these changes in a way to project fresh adventures for herself and her family. She is using the downtime to connect with her players and prepare for the season through advantages the pandemic indirectly gave her.

“I’d like my husband and I to coordinate something to get both teams [NPA and NAU] on the court together,” Murphy said. “With their [NAU] shifted season, I think it’s something we can do.”

The NAU Volleyball team will not play this fall. Instead, they are continuing their training to prepare for their season that is postponed to spring 2021.

Meanwhile, the NPA girls will continue to practice for their games and begin competing before the end of September.