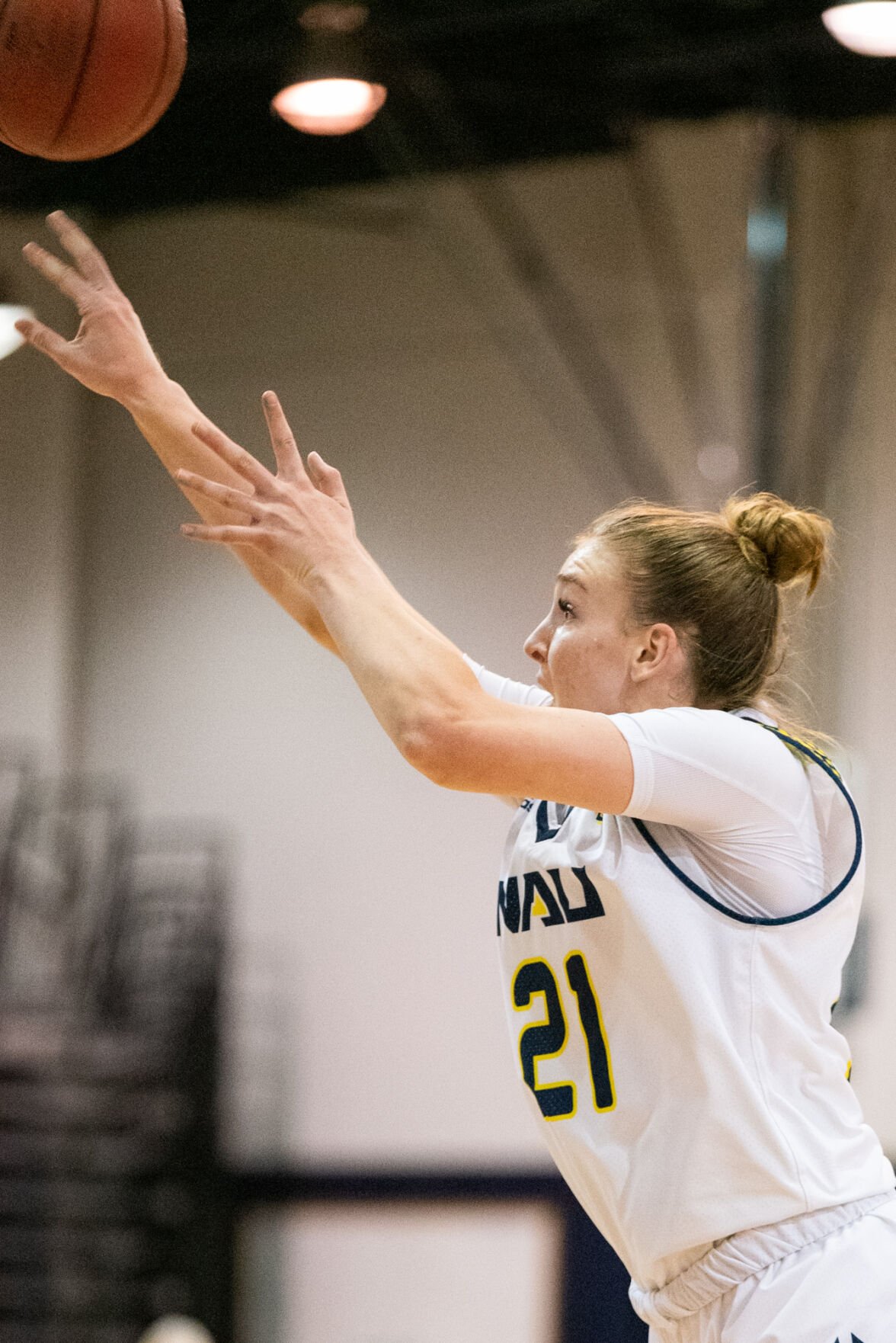 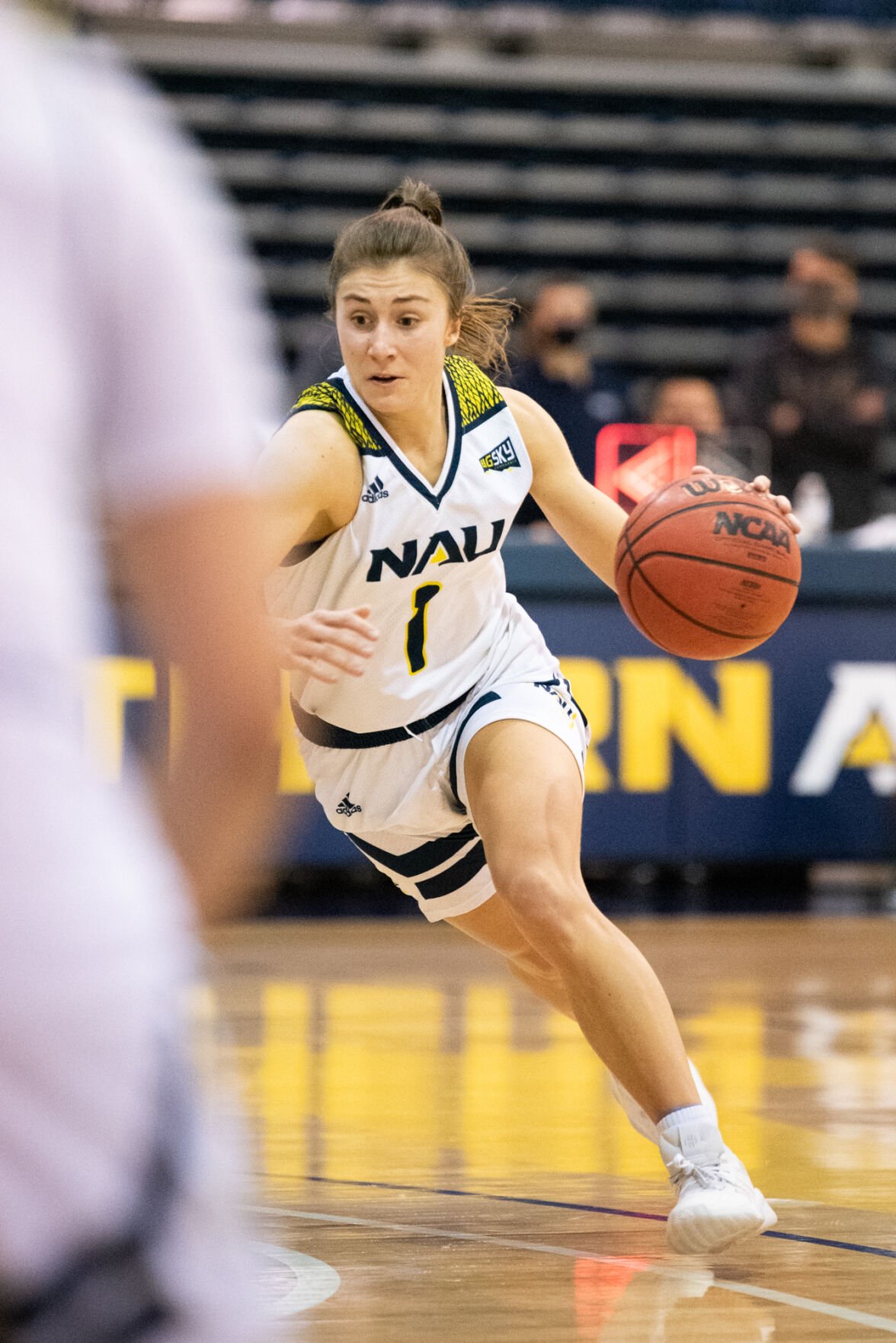 Thursday evening was a tale of two halves as NAU women’s basketball overcame a poor first period to light up the scoreboard from 3-point range in the final 20 minutes. Junior guard Regan Schenck had herself a game, recording her first career triple-double and the first in program history during regulation.

“I definitely didn’t expect to have that kind of game,” Schenck said. “We just started slow and we can’t do that.”

Following an offensive shootout with the University of Northern Colorado in their last game, the Lumberjacks were given an opportunity to return to a .500 record as Sacramento State was the next opponent. The Hornets came into Thursday’s game with a record of 1-12. Their lone win came last Saturday against the Eastern Washington Eagles.

The Lumberjacks suffered a setback prior to Thursday’s game as senior guard Miki’ala Maio was out due to an undisclosed injury. It was a significant loss for NAU as she is third on the team in points per game with 11.4, and second in field-goal percentage among starters at 47.2%.

“Her absence 100% had an effect early,” NAU head coach Loree Payne said. “The one thing she has established, among many, is her leadership, direction and how calm, cool and collected she can be with the ball.”

The Lumberjacks missed her right out of the gate as it took them just over two minutes to score their first points, which came on a 10-foot jumper from senior forward Khiarica Rasheed.

The slow start plagued both teams as NAU led just 3-2 through the first five minutes. Both teams were a pitiful 1-of-8 from the field and empty-handed from 3-point range. To add to the struggles, the Lumberjacks committed seven turnovers in the first quarter.

The Hornets held the lead through the first 10 minutes as NAU only strung together nine points.

NAU still looked to find their footing in the second quarter, but they began unlocking their key to victory as Rasheed dominated under the basket. She was taller and stronger than the rest of the Hornets’ roster, allowing her to go up for layups with ease. By halftime, Rasheed was able to score 10 points on 5/7 shooting.

Meanwhile, the Hornets fell apart from beyond the arc as they missed nine of their 10 attempts in the quarter. Through the first half, they shot a whopping 6% from 3-point range, making just one of 17 attempts.

Even with Sacramento State’s grim shooting, NAU only held a three-point lead heading into the locker room.

“I thought we just looked out of sync in the first half,” Payne said. “I told them that I love watching them play and that was not enjoyable at all. We were just off.”

The second half saw a complete turnaround for NAU offensively. They discovered easy baskets, which allowed for them to find open looks from 3-point range, flipping the game on its head.

“We started moving more and driving harder,” Schenck said. “We were able to dish it out more since [Sacramento State] was more worried about Rasheed.”

The 3-point barrage began with redshirt senior guard Jacey Bailey as she nailed them on back-to-back possessions. While the Hornets focused on stopping Bailey and Rasheed, sophomore forward Emily Rodabaugh found her inner Diana Taurasi and became a sniper from beyond the arc.

After a 3-pointer, Rodabaugh hit an easy layup. Then, she hit two-straight threes, sparking a run of four baskets on four-straight NAU possessions and throwing up a heat check on the third 3-point attempt.

The Lumberjacks found their comfort zone and took a double-digit lead at the end of the third.

They ran away from the Hornets in the fourth quarter as they went on to win 75-51. The team added another five 3-pointers in the final 10 minutes with two apiece from Schenck and Rodabaugh. NAU finished with a season-high 13 3-pointers in the winning effort.

The Lumberjacks improved to 8-9 overall and 6-7 in the Big Sky Conference. They can get back to a .500 record with a win and sweep over the Hornets on Saturday.