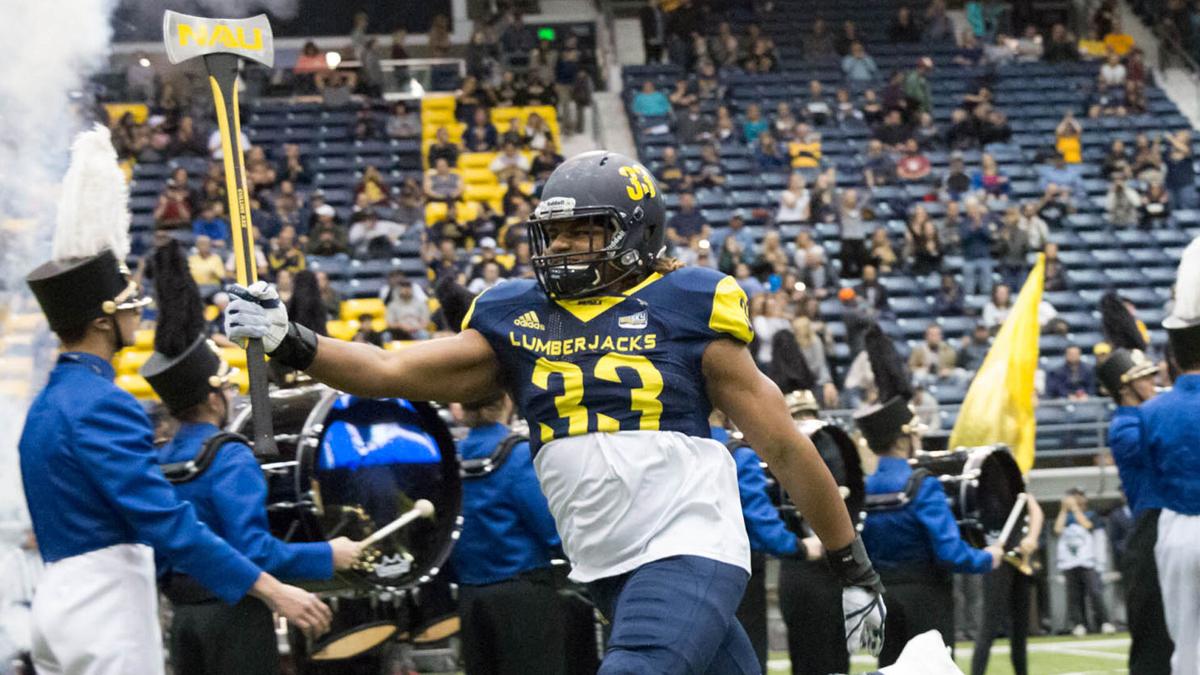 NAU Linebacker Tristen Vance runs out of the tunnel before a game in the Walkup Skysome, Sept. 22, 2018. 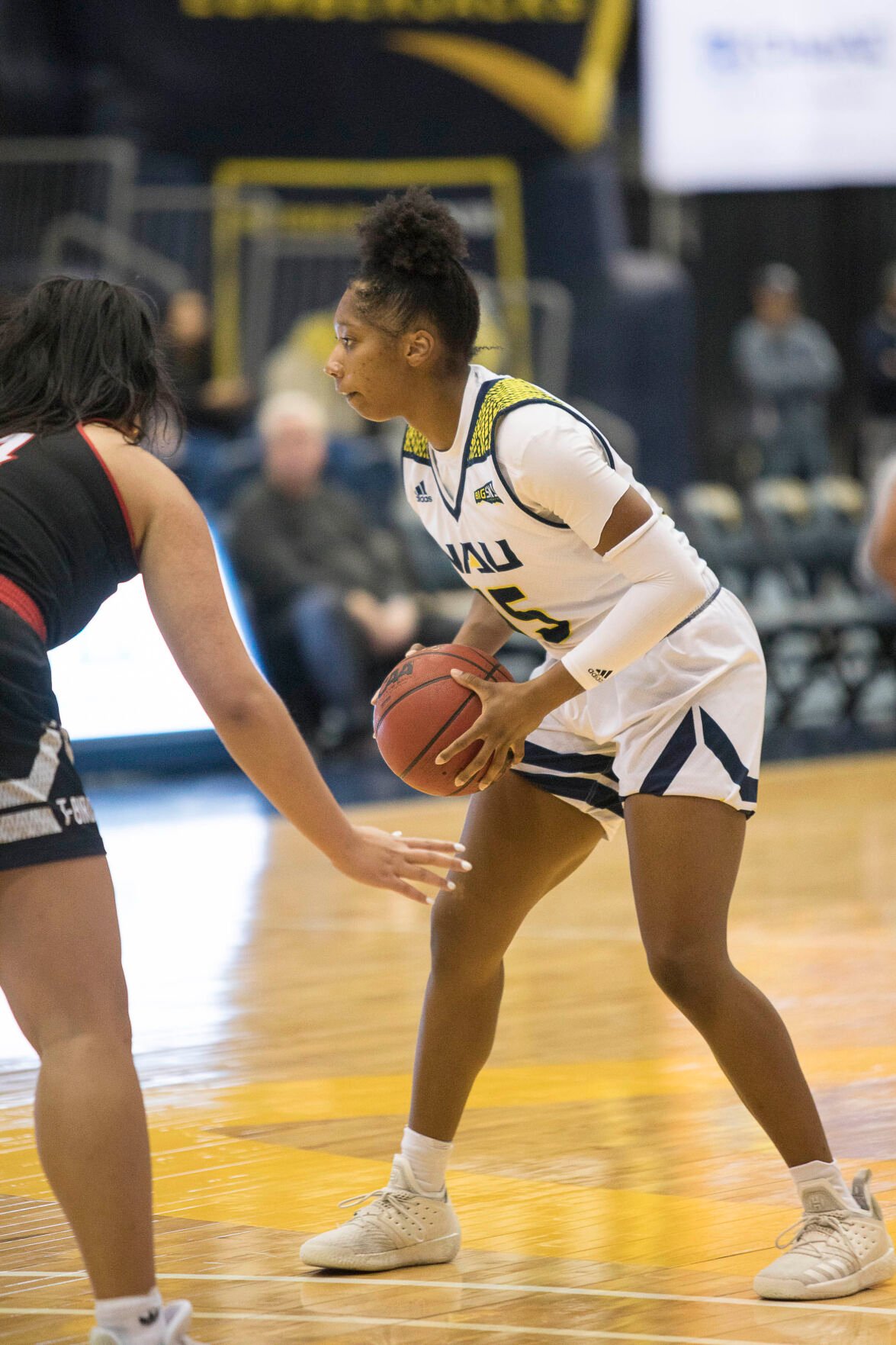 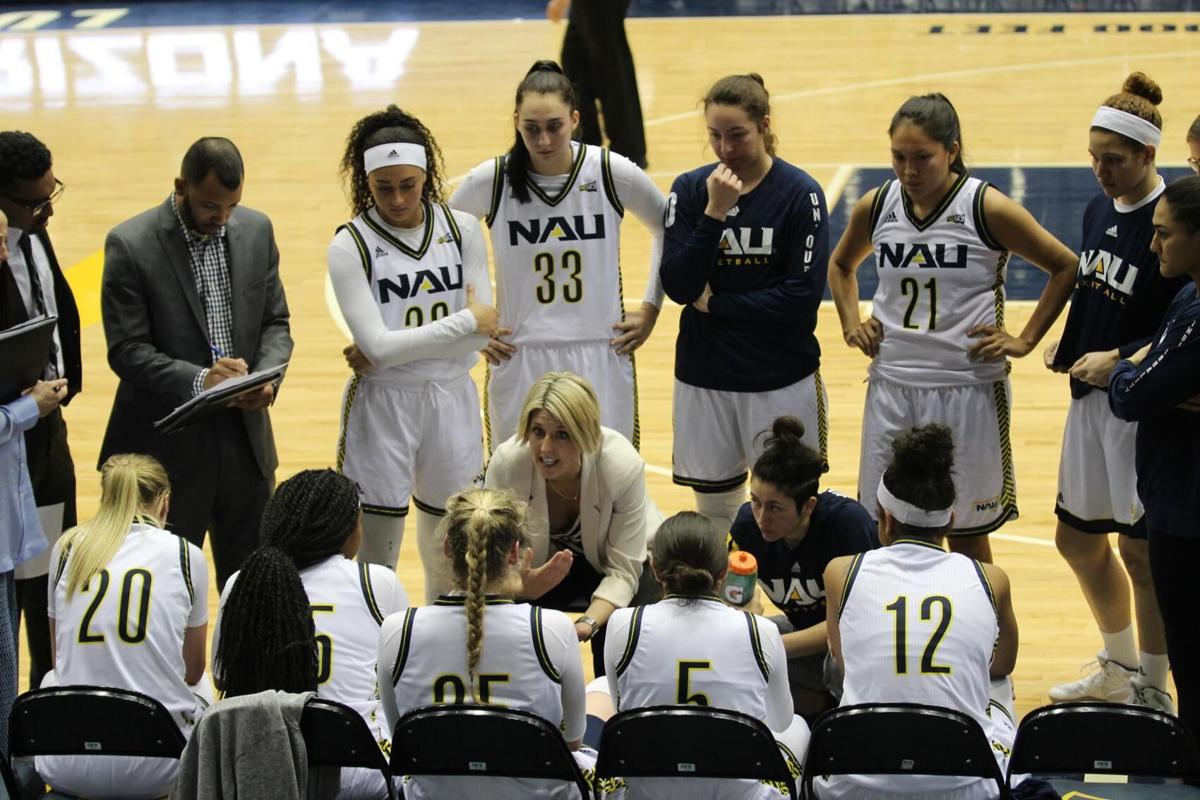 NAU Linebacker Tristen Vance runs out of the tunnel before a game in the Walkup Skysome, Sept. 22, 2018.

The United States 2020 presidential race was another tightly contested competition and an emotional roller coaster. With topics like the COVID-19 pandemic, racial tensions, the economy and climate at the forefront of the race, Democratic presidential candidate Joe Biden, and current President Donald Trump campaigned hard in swing states, both looking for an edge against each other. With the weight this election brings, NAU athletes have decided to make their voices heard, as well as do their part getting information out on topics like voting registration deadlines and mail-in ballot drop-off locations.

NAU graduate student and linebacker Tristen Vance said he is afraid to voice how he feels and let people know what he is thinking. From starting his own social justice podcast with teammate and defensive lineman Brandon Lawless, to even being the focal point of a Joe Biden campaign ad, Vance spoke about how honored he was to be involved.

“It was definitely a very humbling experience, for a national campaign of this magnitude to want to recognize one individual at a smaller school in a smaller community like Flagstaff was super humbling,” Vance said. “One of [Biden’s] campaign managers actually reached out to me, and eventually they liked what I had to say and how I aligned with their principles and morals. Overall, I am super grateful for the opportunity, it was truly special to be selected.”

While Arizona has historically been considered a stronghold for the Republican Party,Biden is projected to win, leading Trump by a 2% margin.

It undoubtedly took a lot of courage for Vance to share his opinions and let them be shown on a national level. Vance also shared the response he received from people around him after the ad aired, and although there were some negative reactions, the reaction has been mostly positive.

“There has been a small population of negative feedback, but I knew it would come with that because of the stance that I took and the amount of division that politics can cause,” Vance said. “But overall, the reaction from my teammates, family, friends, has been a really great reception. It’s been powerful and reassuring to me that a lot of people are with me and support me. It touched a great number of people, and it was awesome to be a voice for not only myself, but for other people.”

Vance also explained how important he thinks it is for young people in the country to do their part and participate in this election by exercising their right to vote.

“It’s hard to find a word for how important it is,” Vance said. “In politics, a lot of times with our generation becoming a big piece of the voting population, it is up to us to gain the things and policies that we prioritize. I feel like, at the end of the day, voting is super important because for the people in minority groups, women, People of Color, they marched and protested just for us to have the right to vote. So, I believe that it is our duty and responsibility to honor them by voting.”

Vance is not the only member of NAU Athletics who is doing their part to get information out about the election. The NAU women’s basketball teamreleased a video via Twitter raising awareness about the voter registration deadline for Arizona residents.

Women’s basketball head coach Loree Payne has been a driving force through talking to her players about the social and political landscape. She shared how she feels a responsibility to not only show her players how to be good basketball players, but to show them how to be good leaders as well.

“Teaching leadership is more important than basketball,” Payne said. “Athletics is a huge part of what we’re doing, but at the end of the day, basketball, sports, only last for so long, as far as being an athlete goes. So, it’s important to give them a platform and allow them to use that platform to be an agent for change.”

Senior forward Khiarica Rasheed talked about how the idea for spreading the word on voting came about with the team.

“It’s just going along with the time and how important voting is,” Rasheed said. “We were already talking about things like social justice, and I think voting is a part of that. It was really a team effort, and the vibes of the times showed us that we should do this.”

Athletes who have raised awareness for things like social justice and voting have come under attack over recent years, whether it’s political commentators telling athletes to “shut up and dribble,” or Trump criticizing the NBA for taking a stand after the death of George Floyd.

Vance was open and honest about his thoughts on athletes discussing issues and politics in the U.S. He talked about how athletes are U.S. citizens first, and sports stars second.

“It’s really unfortunate that people have that opinion, because it shows a mindset that they want to marginalize a population, and oftentimes that population is majority African American,” Vance said. “To me, if you are wanting to mute the voices of those people, I think it shows a fear of the power an athlete has and the influence they have. I just don’t know what unqualifies an athlete from speaking out and bringing certain issues to the table.”

With the election underway, NAU athletes like Vance and Rasheed are ready to stand up and fight for what they believe is right. Whether Trump stays in the White House, or Biden moves in, it is undeniable that these athletes refuse to sit silently on the bench, and will fight to stay in the game.